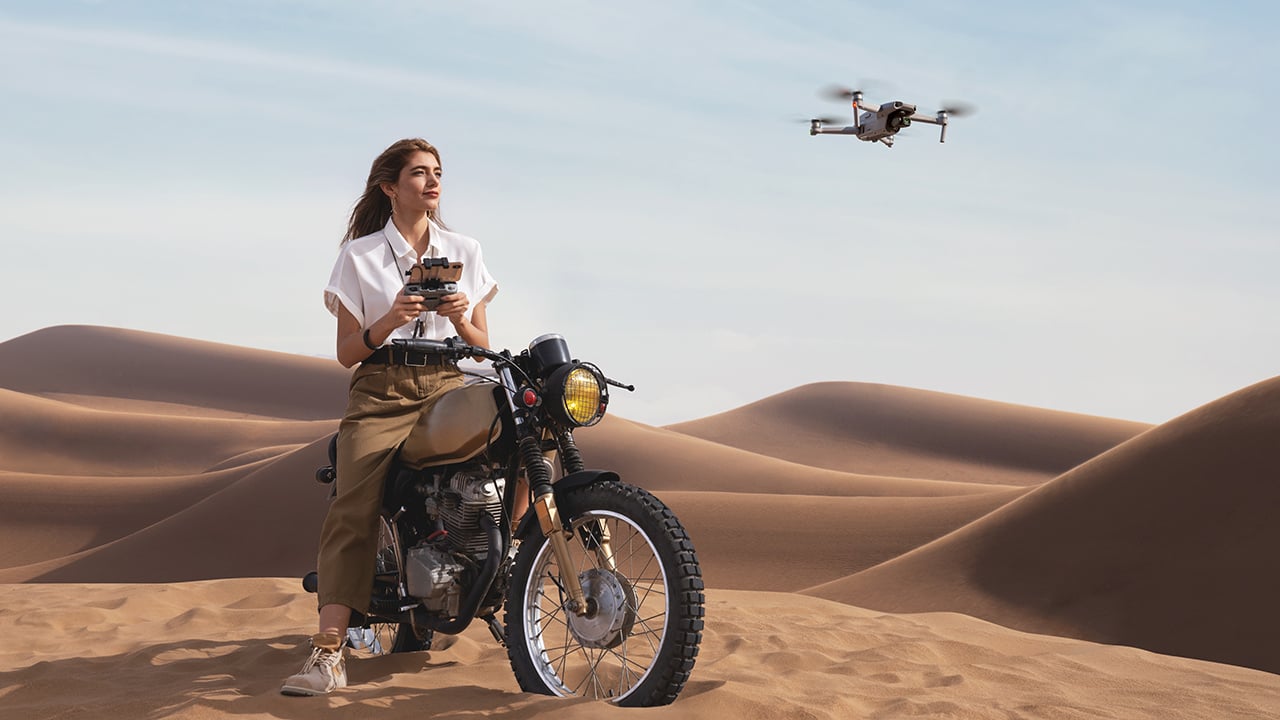 7 minute read
You no longer have to go to a desert to fly your drone legally. Image: DJI.

Replay: Users of drones can now finally focus on doing the fun creative stuff rather than paperwork and bank transfers thanks to the new EU wide drone regulations.

Readers of RedShark might have noticed that we don't do a lot of drone coverage any more. Back when people started using them for video work there appeared to be an untapped promised land of work, where for those willing to put the time in they would be rewarded for the scarcity of their skills. It was a place where only those who could understand CAA regulation CAP 172837/76 could venture, and hence clients would be clambering from all over the country to find a pilot. A drone pilot. Elite and qualified in ways that the average Joe Soap drone owner couldn't be. It was a path to riches.

Alas it was never to be, at least not in the video world. In short what happened was that at the low end of things there were so many people obtaining their commercial permissions that rates got incredibly squeezed as some operators thought £2.50 was decent compensation for three days work. Well established early adopters with heavy lifter drones like you'd find on a Hollywood set could always get decent work because they had special, much less restrictive permissions, as well as being able to carry cameras like REDs, while many others simply diversified into specialist fields such as surveying.

But the biggest stranglehold on making money with drones, or even making them slightly profitable in the UK was the sheer amount of bureaucracy and yearly costs just to keep your well earned commercial permissions current. Often it was like trying to keep a helicopter license while being told that you couldn't fly anywhere. What, leave the airport? You must be mad!

To get these highly coveted commercial permissions, known as a PfCO in its umpteenth form, in the first place required a multi-day ground school followed by an exam overseen by a very serious man in a shirt and tie. You then had to write a comically thick and detailed operations manual for your drone including start up and power down procedures, emergency procedures, manual references, CAA regulation references.

Once your operations manual was approved by the CAA, after having waited for 120... I mean 28 days you then had a yearly fee to pay them, which of course went up each year because bureaucracy. You had to update your War & Peace length ops manual each year too. Pity the handful of people in the CAA who had the soul destroying task of having to read through thousands upon thousands of pages of operations manuals each day. Ops manuals are not exactly Peter James novels at the best of times, the only climax of the story coming when the computer is turned off.

You couldn't just resubmit your existing one for renewal either. It had to be updated in a meaningful way, somehow. Oh and you had to maintain accurate flight logs including location, weather, battery voltages before take off, battery voltages after landing etc. 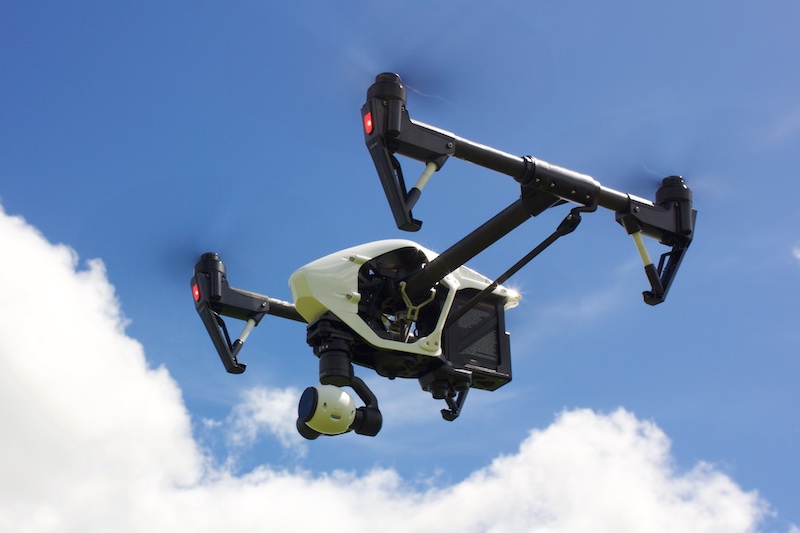 Flying the Inspire 1 while keeping to the letter of the law was a stressful business!

Each job you did had to have a risk assessment produced, weather examined, ATC if required contacted, and maybe even a NOTAM (Notice to Airmen) put out. You couldn't fly within 1000 miles of any living creature, including bacteria, and God forbid you could even see a building or structure within your sight!

You also had to maintain a minimum number of flight hours in the three months in the runup to your permissions renewal. You could jump through hoops and end up paying for a re-evaluation of your renewal if the man or lady at the CAA thought you'd put a comma in the wrong place in a sentence, or you had the audacity to forget to give an honourable mention for no reason whatsoever to regulation 43857465653/8384 paragraph 12.

Not only was it, to put it mildly, ridiculous for what generally is a remote controlled toy, it was also costly and frankly so restrictive that it was almost impossible to do any meaningful work. Personally I threw in the towel pretty quickly because each and every time I was asked to do something it always involved flying near an industrial estate, or some other place where flying would be ludicrously complicated to do, or not allowed at all. Furthermore most clients simply didn't think they should pay extra for the drone work since they often wanted 'just one shot'. Typically, the one time I managed to do a job on an industrial estate where there were enough distances from adjacent properties to be legal, with countryside all around us, my Inspire decided to do its own thing thanks to strong magnetic fields coming from, well, somewhere.

For someone who wanted to use a drone as part of their video business it was an absolutely monumental amount of abject stupidity, bureaucracy and cost simply to fly a small motorised toy around a bit to get a slightly aerial video shot once in a blue moon.

One of the other problems with the UK regulation, and indeed across Europe was that each country had its own rules. There was no reciprocity. Thankfully despite Brexit nearly throwing an almighty spanner in the works, the UK's CAA is now allowing drones to fly under the new EASA regulation framework. In short it's a much, much more sensible way of doing things. I can now put down the whiskey bottle.

One of the biggest changes to the new system is that there is no longer a distinction between people using their drones for personal or commercial use. This in itself is a huge leap forward and simplifies things greatly. 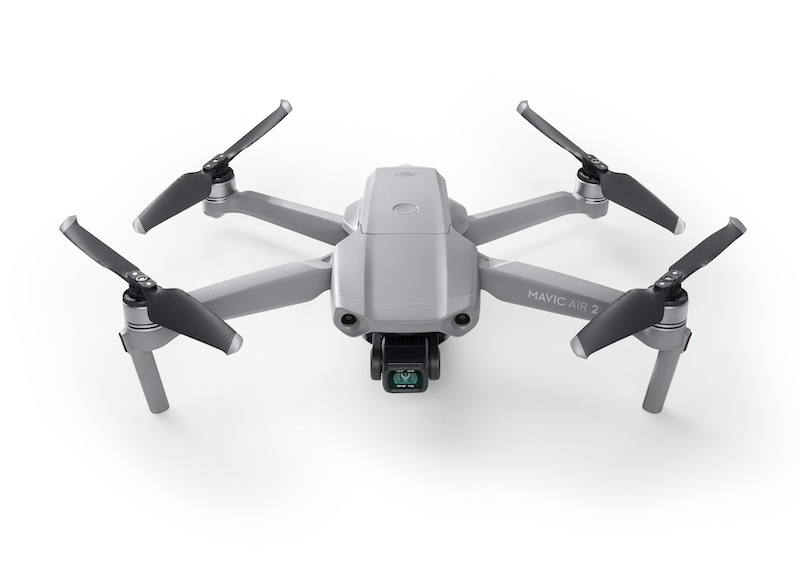 Flying lightweight drones like this DJI Mavic Air 2 will be a lot less restrictive under the new regulations. Image: DJI.

Now I should point out that before I start talking about classifications and what you can and cannot do, that there aren't currently any drones on the market that meet the new CE classification ratings. As a result the aviation authorities are offering a two year transitional period whilst manufacturers catch up. After which you'll either need a new drone or be relegated to the lowest flight permissions.

To make it as simple as possible there are now three flight permission categories, and three drone classifications. Which permissions category you can fly in will depend on the classification of your drone and whether you have taken a particular course or not. Unfortunately yes, there are still courses involved in some circumstances. But thankfully unless you want to go for the new GVC qualification - and you won't unless you fly heavier drones in special circumstances or want an actual paper qualification -  there's no more operations manual silliness to contend with.

The three flight classifications are as follows:-

Which of these sub categories you can fly in will depend on the drone you are using. For example if you wanted to fly in category A1 you will need to be flying a lightweight C0 or C1 classified drone such as an as unyet released CE rated DJI Mavic Mini,  Mavic Air or Spark. This does become a little convoluted though because with a C0 classified Mavic Mini (sub 250g) you wouldn't be able to fly over assemblies of people, while with the heavier (sub 500g) Mavic Air you can't intentionally fly over head of a non-involved person.

I don't have the space here to fully go into the full details of the different categories, suffice to say that things are slightly complicated by the transitional period, whereby existing drones can be classified for example as A1 or A2 Transitional drones, which means they can fall within certain flight categories for the two year transitional period, after which they default back to A3.

What this means is that if you own a Mavic Pro 2 now and then you purchase a brand new Mavic Pro 2 in 2021, which has the official classification (CE) rating on the box, your older Mavic will default to category A3 after two years while your new one can fly in a higher category, even if they are exactly the same aircraft. That is a little silly sounding, I know. Maybe there will be some sort of retrospective rating eventually.

Furthermore if you own a drone that falls into the transitional category (ie an existing Mavic Pro 2) you will need to take a CofC (Certificate of Competency) course in order to use it with the new, less restrictive flight permissions.

The great thing is that although this all does initially sound complicated, once you have your head around it there is a lot of positive things to say about it. Certainly compared with what it is replacing! For example if you have a sub 500g drone that can be flown in the A1 or A2 category you can now fly in residential, commercial, industrial, and recreational areas. This was a big no-no previously. 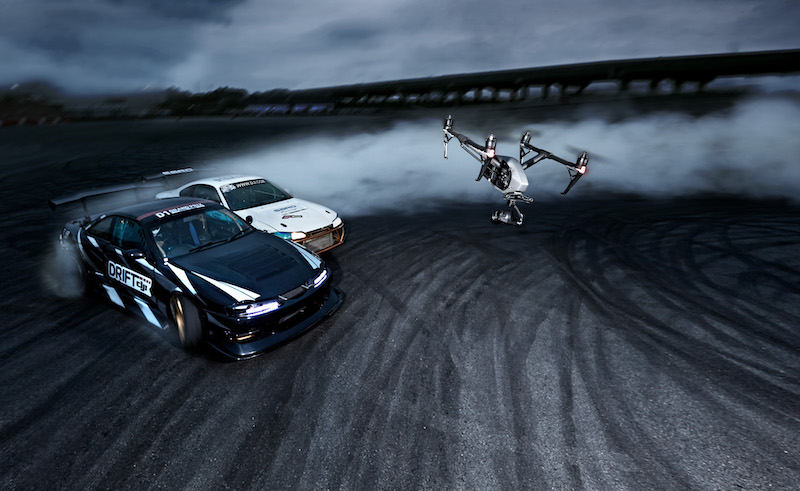 If you want to fly heavier drones like the Inspire 2 for work like this, you'll still want to go for the GVC qualification. Image: DJI.

All drone users no matter whether they are using their device for personal or commercial use now needs to register their drone for £9. If you are doing commercial work you will still need insurance, but that can now be done incredibly cheaply on a flight by flight basis for as low as £8 per day depending on your drone. The CofC course can be done for £100.

General restrictions still remain such as a maximum altitude of 120m above the ground over which the drone is flying, You also need to maintain visual line of sight amongst other general common sense rules.

In comparison to how it used to be this is far, far less hassle, and for many people it might make flying their drone for creative purposes fun again! It means that if you want to hike up a Scottish Mountain and get some pretty shots for YouTube while making money off advertising, you can now do that without breaking the law. If you take a nice stills photo and wish to sell it, you can now do so easily without breaking the law. Of course common sense and basic rules still applies.

This is one of those occasions where common sense has, finally, prevailed. Even better is that these new rules have been adopted across Europe and EFTA countries like Norway, Iceland and Switzerland, which means you can also now get pretty shots in places like Austria and Slovenia without being escorted to a jail cell. And despite the loss of income from the CAA, no doubt all those people who had to read through thousands of operations manuals renewals each year while trying to prevent their heads from falling onto their desk will be rejoicing with a copious amount of alcohol!