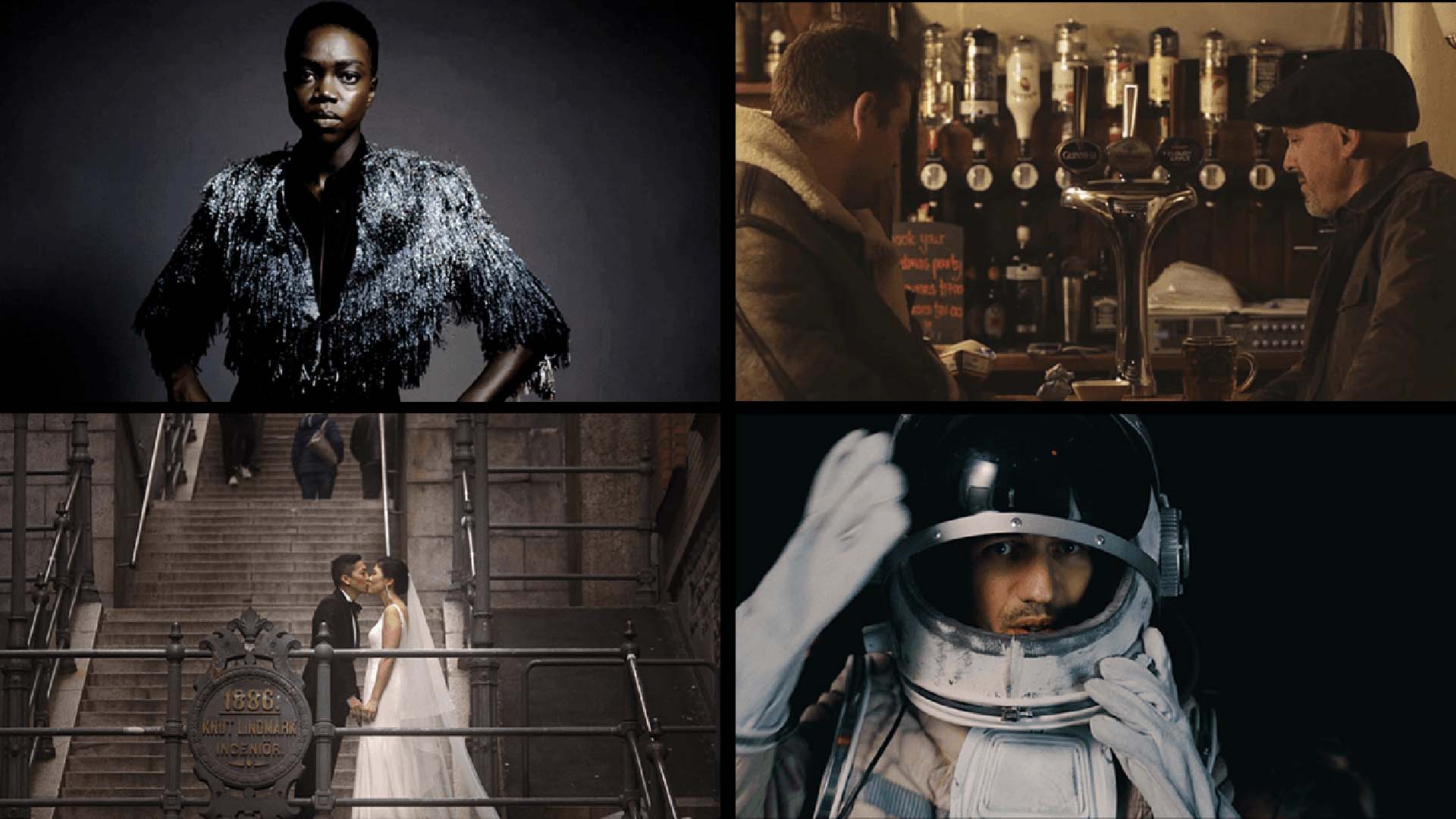 Matching cameras used to be challenging, but with CineMatch, you can do it with one click and get the perfect film look to finish.

Different camera manufacturers all have their own secret sauce when it comes to colour science. Just as different film stocks have individual colour properties, the images from camera to camera can look vastly different. If you're on a shoot where many different devices are being used, this can cause post-production headaches.

CineMatch from FilmConvert lets you do precisely that. With CineMatch, you can choose from a list of supported cameras, including ARRI, Canon, Sony, Blackmagic Design, GoPro, Apple, and more, and convert one camera's output to another to match perfectly.

Let's imagine you are on a shoot and you have been using a Blackmagic Design URSA Mini Pro G2 to film a racing car, but you have also been using a GoPro HERO10 mounted inside the vehicle to capture images from within the confined space of the cockpit. Ordinarily, both cameras would look completely different, and matching the two to look anything similar would be time-consuming and difficult. You could try and use a colour space transform, but this won't match the way individual sensors handle different colours.

With CineMatch, you can match the flat and flat/native Protune recording of the GoPro to the Film Gen 5 output of the URSA so that both cameras match in look. The CineMatch software has been created to match the colour science at the sensor level. In other words, CineMatch isn't just another colour space transform plugin. Instead, the makers have analysed precisely each of the supported cameras' sensor characteristics. 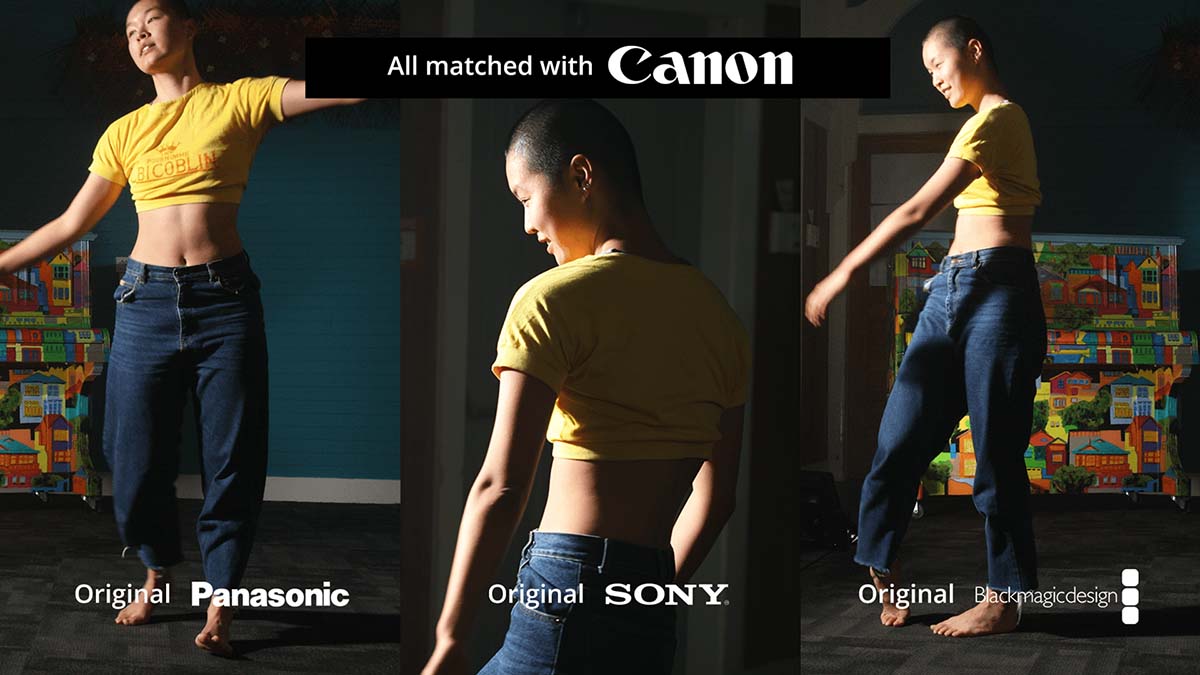 An example of three different cameras being matched to a Canon colour profile.

What this means is that when you perform a colour science conversion within CineMatch, the software first replicates how the target camera's sensor reproduces colours, then it applies the manufacturer's individual colour science to replicate the look almost identically.

However, the advantages of using CineMatch don't end there. The software is also a highly capable colour correction and grading tool in its own right. It features three colour wheels for colour tuning and look creation, and users have complete control over shadows, mids, and highlight levels, exposure and saturation control, RGB curves, and even secondary correction with its built-in HSL controls. The HSL controls are particularly powerful, allowing users to correct individual hues and colours precisely. In addition, CineMatch can display false colour assistance overlays for skin tone exposure, grey level, white balance, and tint. 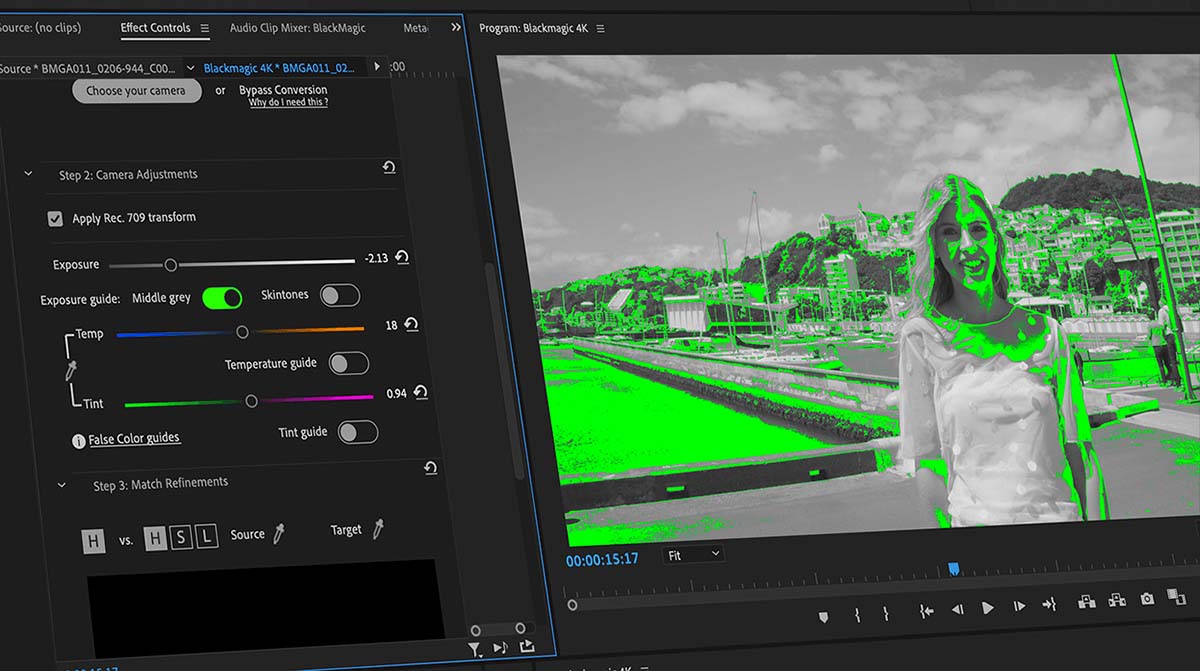 Cinematch gives you full assistance for tuning your image.

This level of image control can be used to fine-tune the image match before further grading, or it can be used as an all-in-one grading solution for fast output from a single camera. For example, you might want to use a LUT designed for a different camera to the one you are grading. CineMatch will help ensure that the result from using the LUT is the one that you are expecting!

Even if you are not a grading guru, the controls for CineMatch are easy enough even for beginners to get to grips with quickly and easily.

Nitrate can give your footage a highly accurate simulation from 19 of the world's most popular film stocks, including Kodak 250D 5207 and Fuji Velvia and Astia, amongst many others.

The organic touch, some examples of what FilmConvert Nitrate can do.

Users have control over the gauge of film they are trying to emulate, as well as the softening of the image to help tune out the digital nature of the original footage. Grain can also be added, which has been scanned at 6K resolution from real film stocks.

Just like CineMatch, FilmConvert has a full range of colour correction tools at its disposal. It's possible to fine-tune each of the shadows, mid-tones, and highlights individually, as well as the film response curve and the grain curve.

FilmConvert Nitrate supports most of the most widely used cameras today, and new profiles are being added every month. When you've found a look you like, you can export a LUT that can be used as a guide on set. Because the LUT can be created to match your precise camera, you can be sure you are getting an accurate guide.

Used individually, both CineMatch and FilmConvert are incredibly powerful tools that combine ease of use with an exceptionally high degree of control over the look of your image. Used in combination with each other, you have the ultimate toolset for both matching different cameras and finessing beautifully organic looking images that will please even the most discerning clients.

For more information about the software, visit the FilmConvert Nitrate and Cinematch websites.