Loupedeck is now compatible with Resolve and controls live streaming 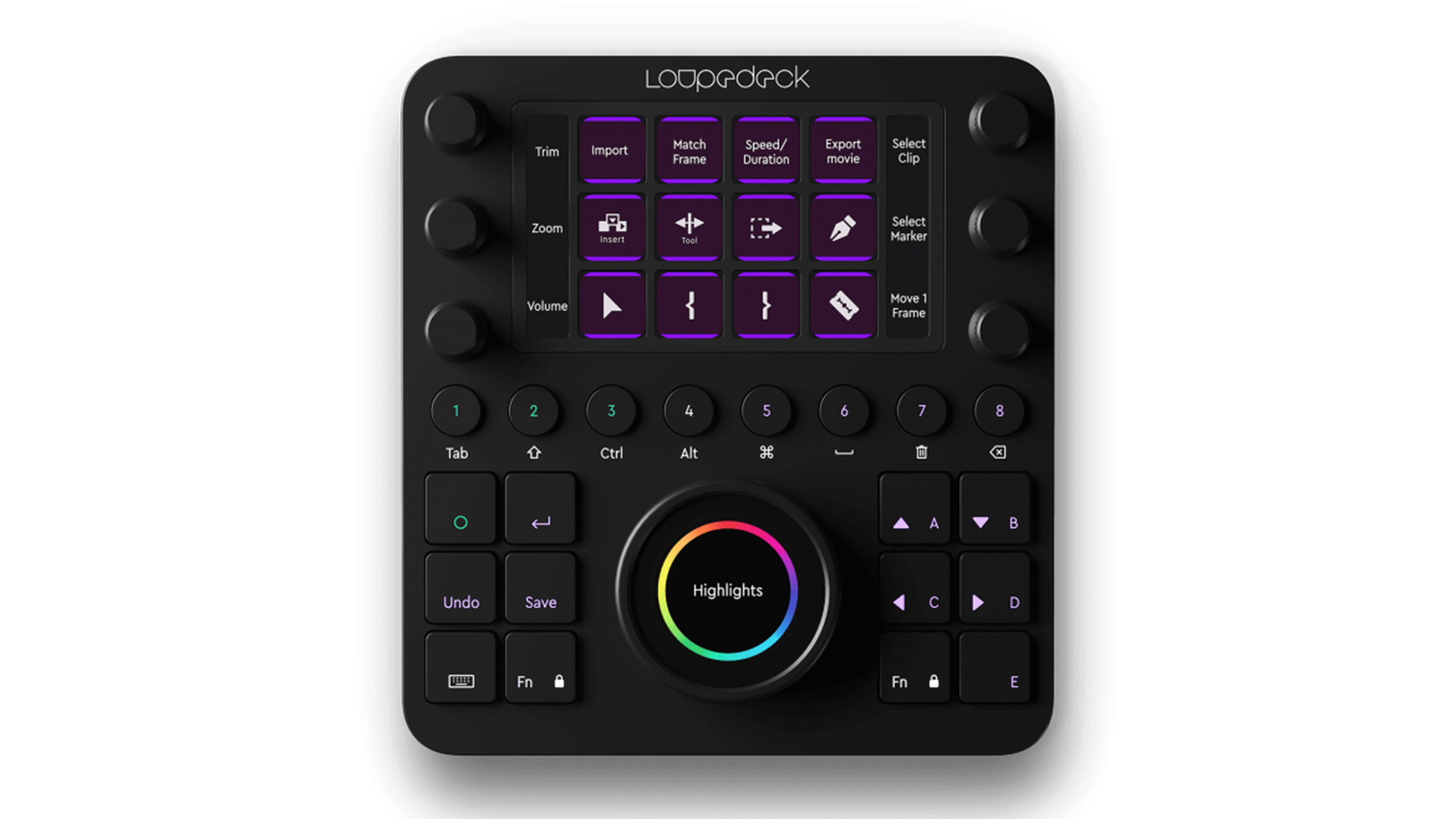 The Loupedeck CT, now compatible with Resolve and Avid ProTools.

Loupedeck, the custom photo and video editing console, continues its rapid development path with recent updates meaning it now works with DaVinci Resolve and Avid ProTools, while an integration with Streamlabs means the deck becomes a live video mixer for online broadcasting.

The Streamlabs integration allows users to control a stream by switching between scenes, to hide and unhide any unwanted sources or skip/mute events at any time and can control the audio levels of sources.

Peripherals like this, and Elgato's Stream Deck, have arrived to make live broadcasting on Twitch or YouTube Gaming simpler and extremely affordable.

Loupedeck founder and CEO Mikko Kesti believed in this mission so much that he used his own savings to create the first prototype.

After a wildly successful Indiegogo crowdfunding campaign (proudly 488% above target) and the recruitment of some of Finland’s leading developers, the original version of the hardware control surface was released in 2017.

This was a keyboard made for Adobe Lightroom, with dedicated dials and buttons for almost every adjustment in the RAW photo editor. The second generation Loupedeck+ added support for other creative apps, including Adobe Premiere and was closely followed at the end of 2019 by Loupedeck Creative Tool (CT), an editing console which expands the product far beyond the Adobe suite not least with native support for Final Cut Pro X and photo editing software Skylum Aurora HDR. 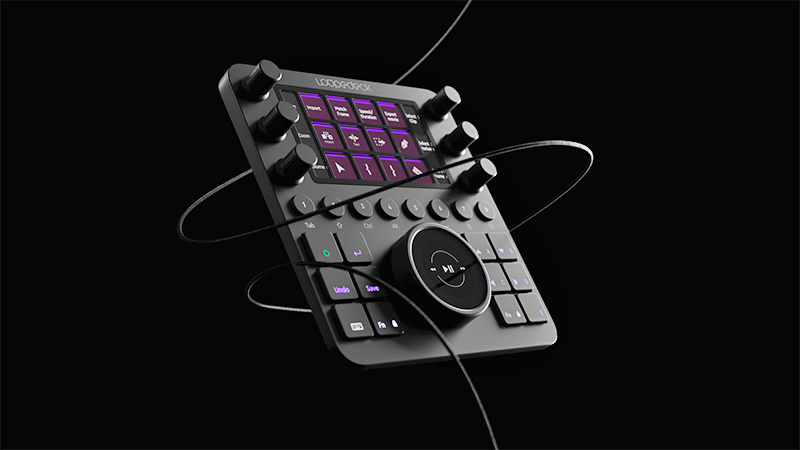 Like Loupedeck+, the Creative Tool is an extension of your keyboard, mouse, tablet and pen which maps software to the console’s buttons and is designed to make editing quicker and more comfortable particularly for photographers and videographers on the road (on a plane… remember those days?)

The latest software for the product (free with the U$549/£469 hardware and compatible with both Windows and MacOS) enables users to program custom actions and adjustments, shortcuts, keys, delays, macros, text, links, run application, and mouse movements for third party software including Steinberg CubasePro10_5, Serato DJ Pro, Pixologic Zbrush 2020, Avid Pro Tools, Resolve 16 and Photo Mechanic and even non-creative tools like Microsoft Excel.

It is also natively compatible with Ableton Live for music promo production.

Custom profiles are a set of custom actions which can be mapped from any software onto the buttons of the deck. Unlike Loupedeck native integrations which use the API of the software, the Loupedeck custom profile just uses the available shortcuts in the program so there are some limitations in the software.

In the menu of the Loupedeck software itself you find the application dropdown list at bottom of which it says ‘find more’ or ‘get profile list’. That takes you to the Loupedeck website and a list of custom profiles that people have already created that you can download.

Do this for Resolve and you’ll find that any hot key available in Resolve can be mapped to the CT. You can’t use the CT in the colour panel however. Blackmagic doesn’t allow Loupedeck to work with that yet but every panel that you have in Resolve – media, cut, edit, fusion - is in the Loupedeck software. Indeed, there’s already a Da Vinci Resolve custom profile available for download. There are hot keys in colour but not so much working with Resolve’s colour wheels (yet – who knows, Blackmagic could allow its API to be used for native integration in future). 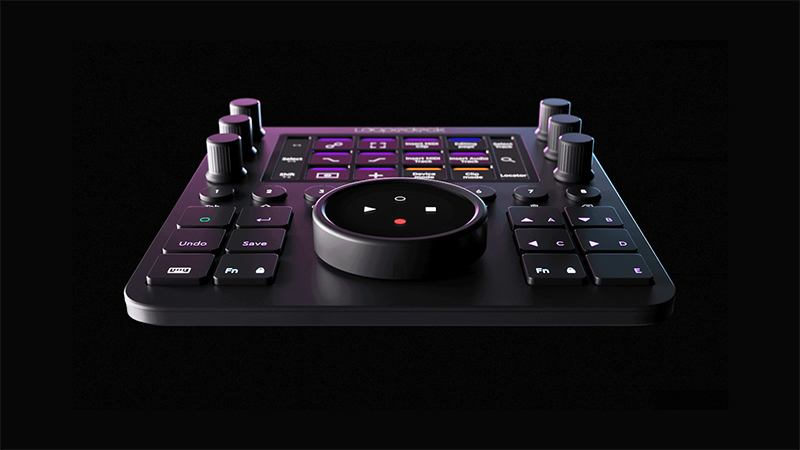 Also handy is a macros function which enables a couple of functions in Resolve to be grouped in one hot key without having to hit both key strokes. So, if there’s some function you are doing repeatedly, this could save you a lot of time.

The benefits and capabilities of the Loupedeck CT have been well received. To recap a few of them: reviewers have praised its design and build quality with aluminum cover and dials, LED backlight, touchscreens and machine-quality ball bearing. It’s lighter than you might think but carries 8GB of storage and is equipped with a removable USB cable for portability. A set of preset workspaces, specific to each integration, are dedicated to each stage of the editing process and can be tailored to match your workflow.

All its tools and functions work from the one consistent user interface regardless of the application and it’s designed for to be controlled with one hand. That’s useful since custom buttons on a keyboard can require both hands to control a shift or command key and some other button, so this frees you up.

There’s also a Developer Program which opens the doors to the Loupedeck SDK, exclusively for the Loupedeck CT. This means, more supported software and more plug-ins with Autodesk Fusion 360 compatibility expected soon.