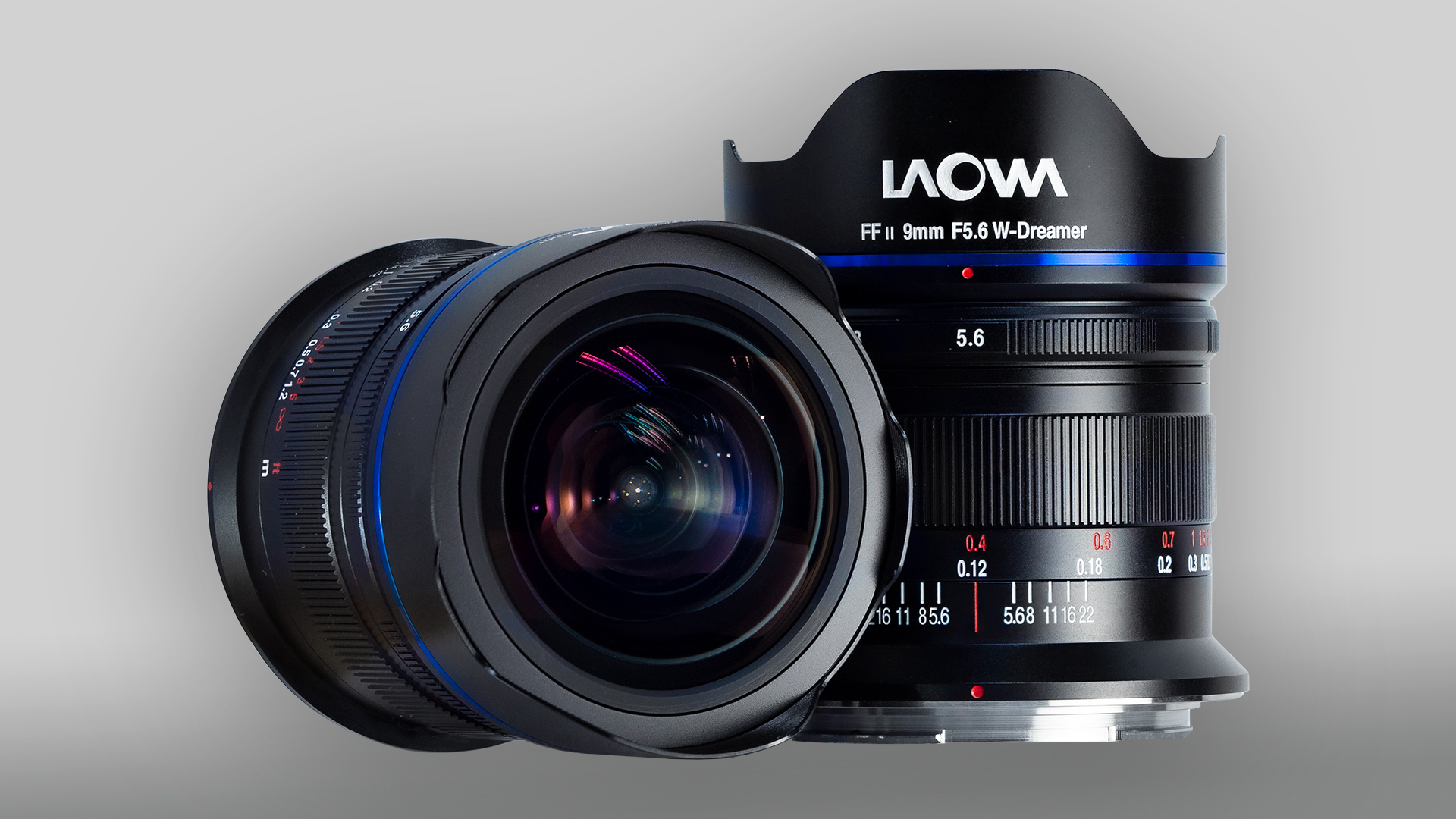 Lens mounts designed for mirrorless cameras make all kinds of interesting things possible. The Fujinon MK zooms are interesting. Sirui’s 50mm anamorphic is beautiful. Now, though, if the cameraman is wearing a broad-brimmed hat, watch out, because it will be in shot if you use a Laowa 9mm, which was announced recently and which we’ll hope to review in good time.

First things first – yes, it’s rectilinear, and yes, it covers full-frame sensors; it’s a real lens, not a novelty for special purposes only. That “real lens” moniker extends to the fact that it’s also a completely mechanical lens; there is no electronic autofocus integration, but at 9mm, once we’re stopped down twice, it’s not likely to be too demanding to hold things sharp. 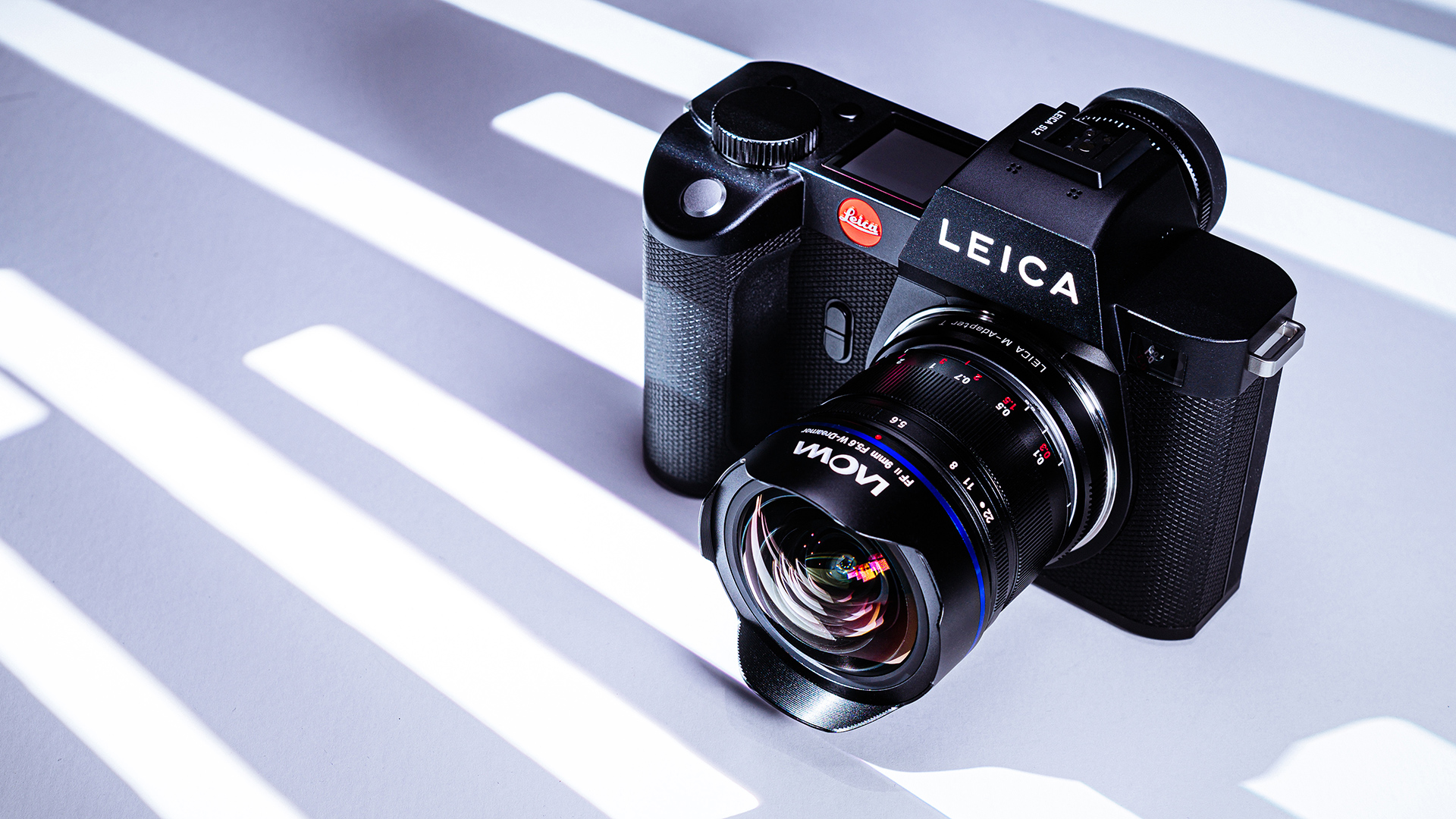 Lenses at the extremes of focal length are not very easy to build, but the shorter flange focal distance of Leica M, Sony FE, Z and L mounts make things a lot easier. The 9mm isn’t particularly fast – it achieves f/5.6, which is probably the biggest single limitation.

The f-number of a lens is simply the focal length divided by the apparent size of its entrance pupil (that is, the iris as viewed through the front elements). As such, the entrance pupil on a 9mm lens only needs to look 4.5mm across to achieve f/2. The fact that it doesn’t tells us how much of an un-magnifying glass the front elements on this lens have to be.

It’s a handy little thing, less than three inches long, but the real question is what we might do with it. Portraiture is not the obvious choice, at least not closeup portraits of anyone we’re trying to make look attractive. Large exteriors are the environment for this sort of thing, so that we can track past buildings and have them loom into frame, or so that we can shoot time lapse and have the clouds rush by excitingly. 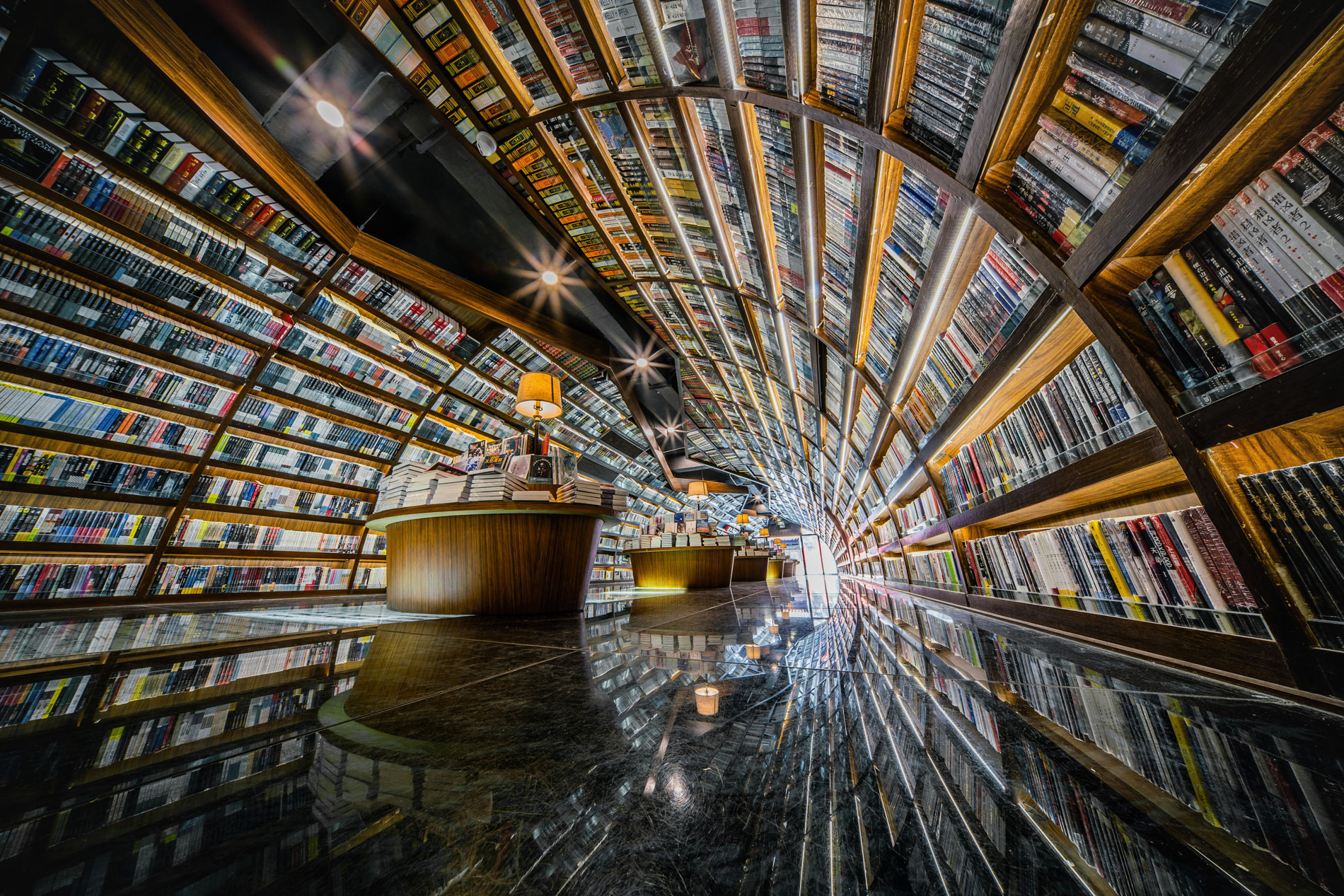 That does mean that the lens will need decent sharpness from corner to corner, especially as some of the matching cameras that spring to mind are quite capable. The L mount option might mean a Panasonic S1H, a camera that has more than enough pixels to show up mushy corners.

The lens has fourteen bits of glass in it, in ten groups. A rectilinear, full-frame 9mm is not a simple thing, and historically this sort of thing has not been cheap. Arri have shown very wide rectilinear lenses; the ultra-wide zoom goes down to 9.5mm but covers only a super-35mm imager, and there are any number of extremely wide fisheye lenses. Correcting things so that straight lines look straight is the tricky part, and usually makes things expensive, but not so much here.

US$899 for the Leica M and $799 for the others is not cheap for a not-very-fast stills prime, but the 9mm is a rather special thing and anyone with a special enough purpose for it will likely breathe a sigh of relief that all these shallow mounts have made things so much easier.