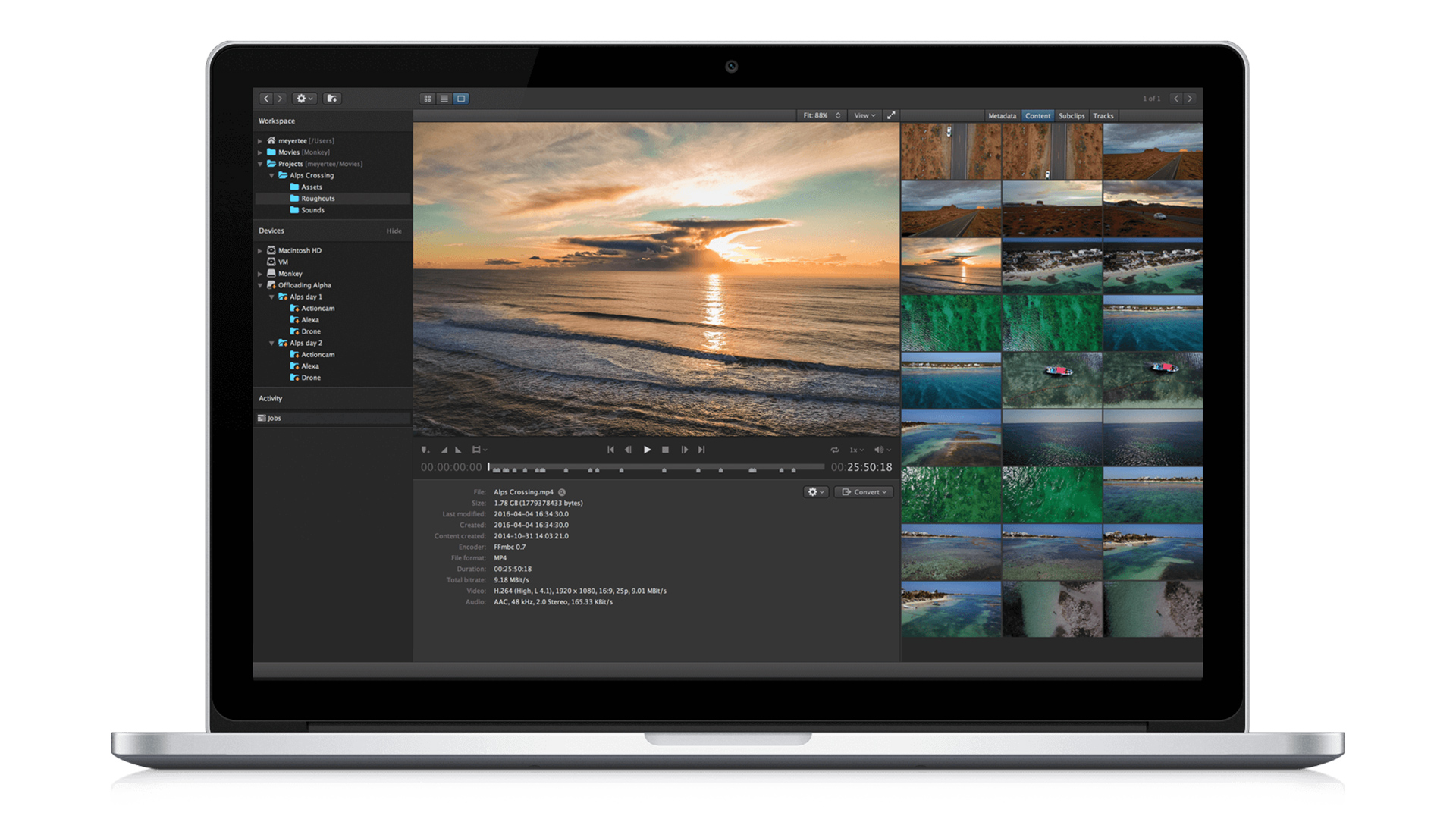 Kyno by Lesspain software has been updated to version 1.8 with DaVinci Resolve compatibility. Image: Lesspain Software.

Kyno 1.8 is here, and the media management software now speaks to Resolve and handles Blackmagic RAW.

Kyno by Lesspain software has been updated to version 1.8 with DaVinci Resolve compatibility. Image: Lesspain Software.

There has long been good integration with Premiere and Final Cut, and in Kyno 1.8 the big news is that the same courtesy is extended to Resolve users. That’s useful, but it’s also an indication of the seriousness with which the industry is starting to take Resolve as an editing platform. Metadata, including descriptive text, markers and subclips, goes straight from Kyno to the Resolve timeline. Continuing the Blackmagic love, there’s now support for Blackmagic Raw, although the Resolve compatibility might seem a little incomplete without it. That support includes the multi-resolution decoding, meaning you don’t need a turbo-powered laptop (with attendant penalties in battery life or portability) just to get a rough idea what a clip represents, and it’s also possible to transcode those clips to ProRes or other formats.

Transcoding for offline-online workflows has long been a strength, and 1.8 adds incremental transcoding for repeat passes over the same directory structure without the risk of unnecessarily repeating work. There’s also handling for a frequently-overlooked issue: that of handling multichannel audio, which can be a bugbear depending on the expectations of acquisition and postproduction gear. Kyno will now split and combine tracks to various formats and channel configurations, including broadcast wave and MP3, and metadata can be quickly duplicated between folder structures.

Finally, we have something that’s easy to play down, but which some software companies tend to overlook: performance. Kyno 1.8 has improved support for multi-core CPUs, with the option to alter how hard the software will work the machine. Preanalysis of footage, for instance, can now be done in the background. It should really go without saying that software companies should spend at least some time on performance, but many neglect it, and it is good to see it listed in an update. Kyno has always been fast because it’s lightweight, working on directory structures in place without longwinded importing or duplication of large files. It’s not quite a media asset management system, but it is fast, and when the crew is hanging around to go home, speed is life.

The standard version of Kyno still costs a mere £139, with the premium version at £319 adding some very specific features involving Avid support and metadata presets, network delivery, and support for proprietary file formats from certain camera manufactuers. There’s a list of all the differences. LUTs and ProRes export are all in the standard version. These are mperpetual licenses including a year of updates; more updates are £69 a year thereafter, and you can upgrade for £149.

Perpetual licensing and an eye on performance; what’s not to like?