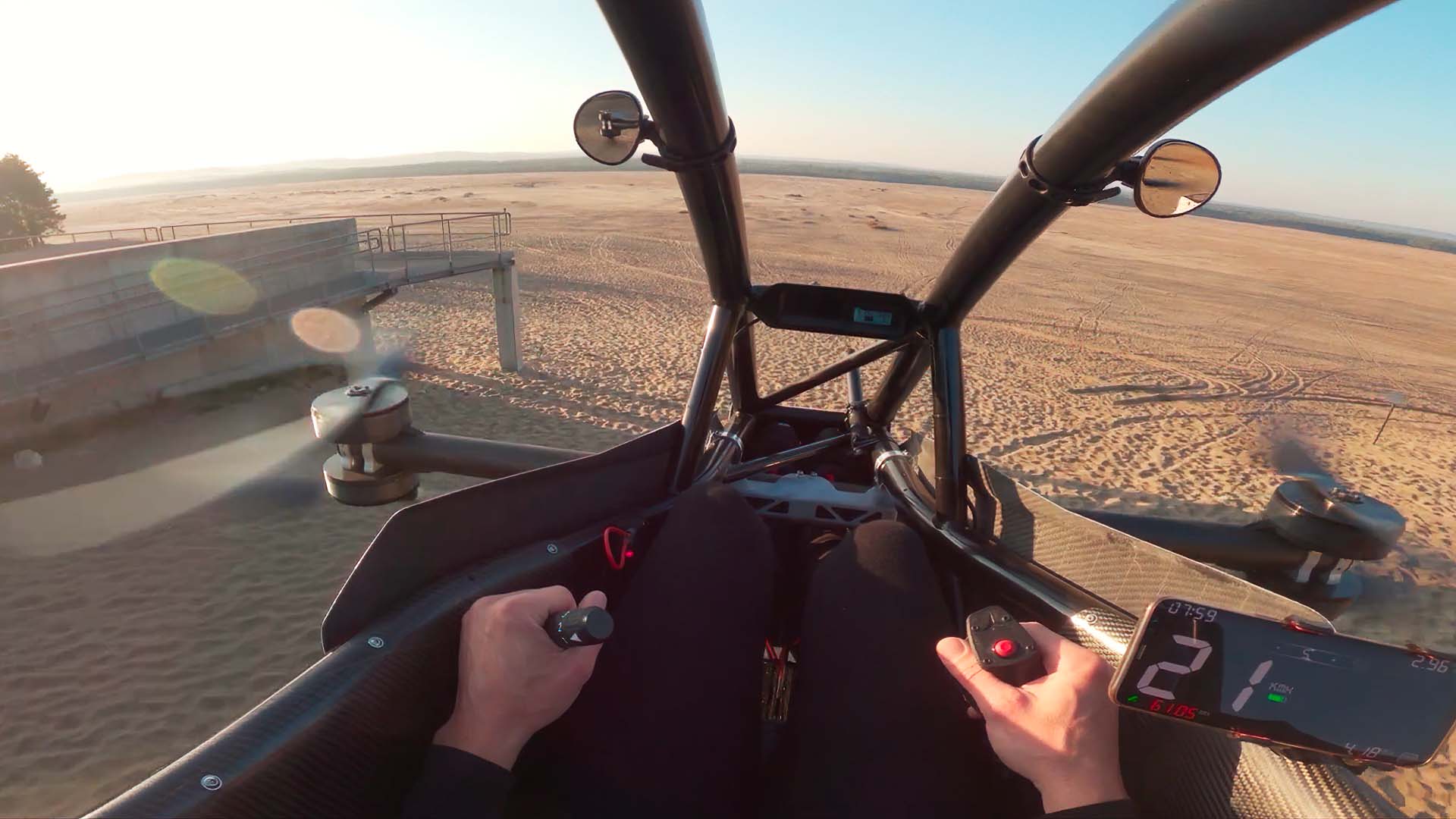 2 minute read
Fly me to the moo... desert. Image: Jetson.

The Jetson ONE is what we believe to be the world's first commercially available full size flyable personal multi-rotor vehicle. Try saying that after a few drinks!

Jetson recently released a video of the aircraft being piloted by the company's founder, Tomasz Patan. The company's website states "Jetson is a Swedish company with a mission to change the way we travel. We aim to make the skies available for everyone with our safe personal electric aerial vehicle."

"Everyone" of course, is a loose term, since only the very rich will be able to afford such a toy. And, let's be honest, this is a play thing rather than a serious aircraft. With a 20-minute flight duration and possibly extremely limited spaces in which to fly it, you won't be making any long excursions to your super yacht on the other side of the world with it.

That said, it is an interesting development that has only been made possible with the advent of brushless motors and smartphones. Yes, that is a smartphone in the cockpit giving flight stats.

Configuration wise the vehicle isn't actually a quad-copter, but what's known as an X8 configuration, using eight rotors in sets of two on each corner of the aircraft. As any drone pilot may know, the X8 configuration is extremely robust, has okay redundancy, and is also incredibly powerful. Many drones that are set up for flight in more extreme weather use this configuration.

The company claims that the Jetson ONE can still fly with the failure of one motor, and features a triple redundancy flight control computer, LiDAR sensors for obstacle and ground avoidance, hands free hover capability, and a ballistic parachute deployment for when the poo really hits the fan, so, it's pretty safety conscious.

In theory the Jetson ONE shouldn't be all that different from flying a normal radio controlled drone, except that if you mess up anything you'll suffer the direct consequences.

Will this signal a sci-fi future with us all flying to work or going camping? Urr, no. There's a fair few obstacles to such a (worrying) future, including the incredibly short flight times, limited payload, and the fact that if the quality of driving on our roads is anything to go by, the last thing we need is the same people in charge of an aircraft.

That said, the Jetson ONE will give somebody, somewhere a lot of fun before they move onto the next thing, such as flying in Jeff Bezos' 'rocket'. But if you are going to order one, move quickly, because pre-orders are filling up fast. Production begins in summer 2022.

If anyone knows of any other commercially available vehicles like this, or other dubiously shaped rockets, let us know about them in the comments.