How to bring video into... everything! [sponsored] 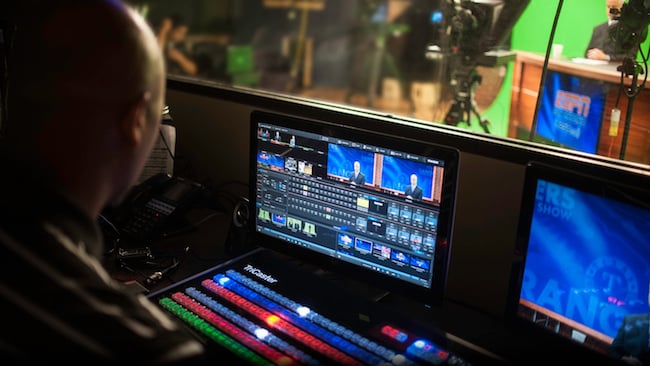 How wandering around a tradeshow outside of your comfort zone makes you realise the directions your own industry is taking.

Those of us who spend a lot of time at trade shows tend to get a very narrow view on the technology that we buy, or sell, or write about. We think we know a lot about our niche, but feel strangely adrift when we wander into sectors that are outside our comfort zones.

But this is exactly what we should all be doing because the convergence of IT and “traditional” media means that new commercial, technical and artistic pathways are there for us if we dare to look.

Which is why a trade show from seemingly another world is so crucial as an indicator of future directions for our own industry.

ISE (Integrated Systems Europe) started as a relatively obscure trade show for installers of TVs and home theatres. Over the years it has grown to include digital signage and an endless other list of categories that don’t fall under the heading of “Broadcast". Now, it’s huge.

At ISE you'll see projector manufacturers and makers of gigantic LED stage screens. But you’ll also find broadcast production specialists like NewTek. Why? Because from a different angle to the normal one, they have capabilities that are needed very badly in the AV industry, and how they’ve positioned themselves for this is insightful.

NewTek is widely known for its live broadcast production equipment. Perhaps their most famous product is the TriCaster: a single product that packages virtually every element of a digital production studio, apart from the cameras, into a single box. More recently we’ve seen the TriCaster Mini, a smaller box with similar capabilities but with HDMI inputs. And then there’s the NewTek IP Series: a broadcast-level production switcher that’s completely modular and based around network rather than conventional SDI connections.

When you’re a mature company with a wide selection of products and applications, it makes sense to modularise and re-use elements of your technology to build new products. If you can build on existing technology, it’s better than having to re-invent the same thing several times over. New products are build on tested and stable foundations and the time that would have been spent re-inventing what you already have can be focused on innovation.

Shows like ISE force traditionally broadcast-oriented companies to look again at what they have to offer, and, most importantly, how they offer it. If they get this right, there’s a chance that instead of fitting into very little in an adjacent industry sector, they might fit into almost anything.

NewTek is achieving this by effectively redefining their core products as a “platform”, and making it easy to use these hardware and software components in a huge range of applications that might not have been obvious from the eye-level of a broadcaster.

The essence of NewTek is the ability to manage and process live video (and audio) on an IT platform. Their experience goes back decades but it’s only now that much of this capability is needed by the AV sector.

Three things that are essential to the AV industry are reliability, automation and simple, functional user interfaces.

Reliability is best when it’s designed in from the start. You can’t make live television without reliable equipment.

Automation is achievable through clear and simple APIs and comprehensive connectivity. NewTek core functionality has been broken out and made available to third party developers.

The invention of the Internet spawned new categories of products and services. If you think of the Internet as a distributed computing environment with easy and flexible user interfaces (web pages, in other words) and all-pervasive connectivity (TCP/IP, for example), then it’s not too much of a stretch to make an analogy with NewTek’s offerings. There are significant differences: NewTek’s products work over LANs (Local Area Networks) - and conventional video cabling. But there are strong similarities.

With NDI, I/O is either virtualised or contained in a module that’s plugged into the network wherever it’s needed. Video routing is done in software. Processing units can be added anywhere on a network. Most importantly for the AV industry, control interfaces can be vastly simplified and customised to suit individual, sometimes automated, workflows.

In fact, virtually every aspect of a live, multi-camera video production can be broken down into elements that can be automated or presented to operators as a simple, reliable interface - sometimes as basic as a spreadsheet or a form on a web page.

This will lead to new and surprising ways to create manage and distribute video. And it’s exactly the right time, because video is becoming the first choice for virtually all types of commercial and customer-facing communication.