If you look at the trends, IP video production is inevitable [sponsored] 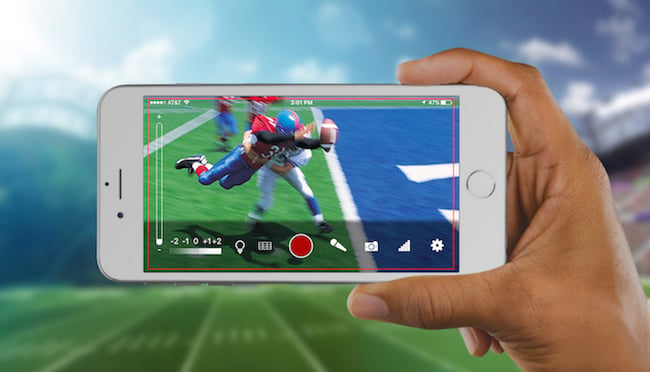 If ou want this to carry on working in the future, IP is the answer

The trend towards faster networks and bigger capacity means that the move to Video over IP is inevitable. And it will bring very significant benefits.

When the internet started it was inconceivable that the new medium could be used for voice communications or streaming music. Short, terse emails and the increasingly aged FTP protocols were the currency of the early "network of networks".

But as the internet grew, and grew, and grew, it got faster too. Now, if our broadband connection is up to it - we can watch 4K video in our living rooms, streamed in real-time. This has happened in a remarkably short time. It’s only about twenty years since the very first experiments with video over IP, and the quality then was terrible.

And it’s not going to stop there. Contrary to reports that have cropped up regularly for at least fifteen years that “the internet is running out of capacity”, there is no limit whatsoever to the internet’s ability to carry data. Anyone who thinks there is has misunderstood the most fundamental property of networks, which is that as the number of nodes increases, so does capacity (and not just linearly, but exponentially).

None of this happens without investment in infrastructure. Commercial interests don’t always align with natural growth, but the essential principle is that there is no reason to expect the expansion of the internet to slow down. If there’s a need, it can be met.

At the same time, high quality video equipment has been falling in price and growing in capability. Even smartphones do a decent job of capturing video in HD; some even in 4K. This isn’t going to slow down, either. At some point in the near future, don’t be surprised if we have not just an “internet of things” but an “internet of reality”. It’s entirely possible that we will live in a shared virtual world, with the equivalent of 8K quality, 90fps video projected directly on our retinas.

All of which is intended to put today’s networks into perspective. Local Area Networks and VLANs built on a modern infrastructure are easily able to carry multiple channels of broadcast quality video. With Fibre, there’s almost no limit.

Other industry players are working on Video over IP too. Today, there are few practical standards. There’s no guarantee that equipment from one manufacturer will interoperate with products from other suppliers. A universal “standard” is at least five years away.

Meanwhile, NewTek’s NDI, which is an open, free to use technology, is available now. With a comprehensive and straightforward API it’s easy to incorporate NDI functionality into virtually any kind of video product. There will be a new marketplace for NDI-enabled devices and software. This is already happening. Third-party developers are building products that can interoperate with any other NDI device or service.

To find out more about NewTek's IP Series click here.