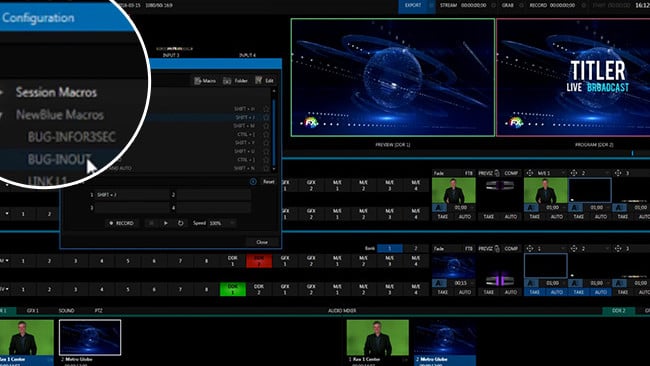 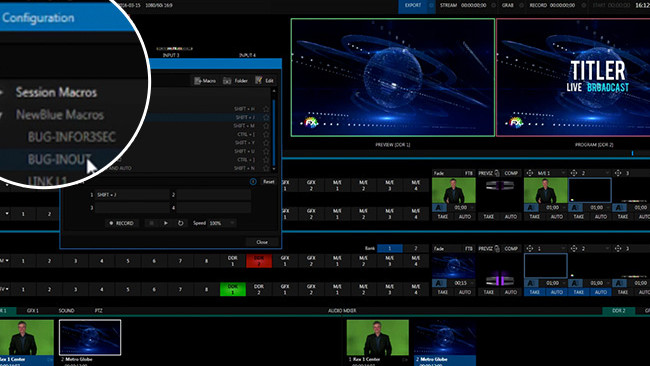 Replacing traditional SDI systems with IP technology is something that promises to save big pots of gold, although it principally applies to those of us who are involved in big live studio installs or OB work. It's a tool of the live or as-live production world, which is understandably interested in building video infrastructure out of commodity-priced information technology hardware, as opposed to the industry-specific SDI routers and switchers that are normally used. Perhaps the biggest push for this has revolved around uncompressed video, ultra-low latency and the sort of requirements imposed by big broadcasters. These requirements mean that only the best, latest and fastest computer networking gear can do the job – right now, it's barely cheaper than the SDI option, if it all.

NewTek's NDI initiative is an alternative designed quite specifically to send production video over IP networks in a way that doesn't have these exotic requirements, with the result that it can often use gigabit Ethernet networks that already exist or which can be built very inexpensively. This approach creates something that is usable now, as opposed to demanding the last corpuscle of performance and tolerating the fact that it won't be widely deployable for a few years. NDI has found favour, not only because of the relatively undemanding infrastructure requirements, but also because NewTek has actively encouraged third-party development of compatible tools. To be fair, the effort to standardise high-bandwidth, uncompressed video over IP is also very concerned with interoperability, to the point where it's becoming a real time sink. As a single company, NewTek has been free to make decisions and quickly create something that works.

One of the ways in which NewTek has encouraged third parties is to provide NDI-compatible applications through its online store, which has just seen the very first third-party sign-up. NewBlue's Titler Live Broadcast is designed to produce lower thirds and other text and graphics for live production and currently goes for a hair under $1500. NewTek has enjoyed considerable interest in the software development kit for NDI, the second version of which is imminently due or may even be released as this article goes public.

A single piece of titling software is a fairly small part of the big picture, as regards to the growth of video over IP, but it demonstrates two things. First is the technical capability of NDI. NewBlue's product neatly demonstrates one of the advantages of what's effectively software-based video routing, by supporting a number of input and output channels which would require a rack full of hardware if each one were to be an SDI port. The second is simply the adoption of a standard. It's not particularly difficult to think up ways for applications to send video over an IP network and to communicate metadata and control information with each other. What's important is that everyone uses the same way of doing that and NewBlue's willingness to implement the NDI protocol is encouraging.

Interoperability is essentially what all of IP video was talking about at IBC2016, with mixed results. The grand global effort is, it's probably fair to say, somewhat weighed down by the sheer mass of the enormous broadcast equipment suppliers involved and their business and technical agendas. Unless agreement is reached, many of the vaunted advantages of it could be lost in a mess of compatibility problems and configuration issues. NDI keeps clear of that battle and the fact that people are already signing up to it, as well as the online marketplace, says something good about the situation NewTek has striven to create.