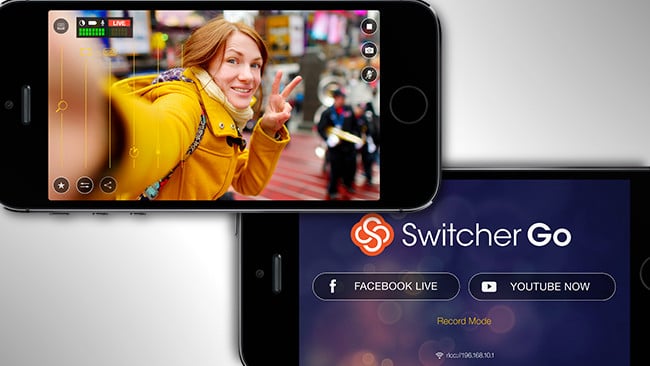 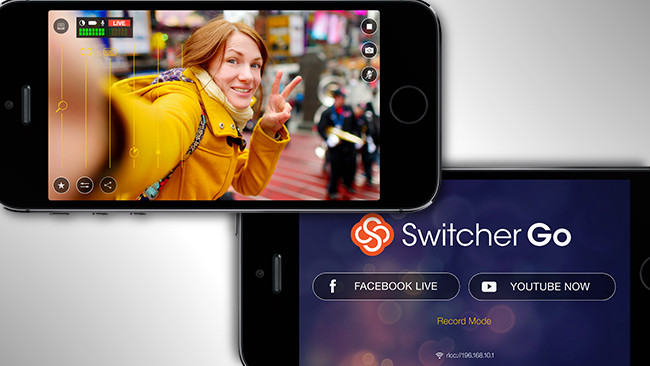 We first profiled Switcher Studio, an iOS app that turned iPhones and iPads into live, multi-stream video switchers, back at the end of 2015. We interviewed the head of the company, Nick Mattingly, on the product and the reveal of 'Director Mode', which brought the video quality to what Mattingly described as 'broadcast' 1080p HD, as part of its paid Pro offering.

In an effort to create an accessible and feature-rich bridge between iOS devices, used as cameras, and the primary live video 'Switcher', the company has released a free iOS app, Switcher Go.

Aimed at mobile creators, Switcher Go sports a variety of features that will aid the look and production of your videos. For those Facebook and YouTube creators out there, you can sync and directly go-live with just a touch. The company is a Facebook Live partner, meaning you can stream directly to Facebook from the app and even manage your timeline and tweak privacy settings. Additionally, you can dial-in camera settings and personalize videos with other video or photographic content on-the-fly.  And when used in conjunction with the Pro version of Switcher Studio, the app allows the easy integration of crowdsourced content.

Here are other key features of Switcher Go, in the company's words:

Wireless Remote Camera: Move beyond the built-in camera to get shots out of arm’s reach. With Switcher Go you can remotely control another iPhone or iPad while managing the entire production from your pocket. Set up a camera across the room or have a friend walk around with their phone while you wirelessly cue up photos and video from your iPhone or iPad - Facebook Live never looked so good!

Go Live: Sync directly with YouTube Now or Facebook Live to instantly broadcast live to your followers; stream directly to your timeline, groups, pages or events and manage privacy settings like public, private or unlisted.

Dynamic Media: Add up to four photos and pre-recorded video while live broadcasting to YouTube Now or Facebook Live. You can even enter “Record Mode” to make quick edits on the fly and upload later.

Advanced Control: Make your video look like it was shot on a DSLR or studio camera with focus control, allowing you to adjust the depth-of-field and blur out the background or subject - this feature even works on older iOS devices (iPhone 5s and newer).

Switcher Go improves on the standard pinch to zoom camera gesture, which can appear jerky and unstable during live and recorded broadcasts. Professional-looking slider controls enables you to ease in and out while zooming for a smooth transition.

Switcher Highlights (Coming Soon): The new “Highlight” workflow allows you to mark interesting or exciting moments during your live broadcast. Easily find highlight clips to trim and share on social media without ever leaving the Switcher Go app.

While there are other live production solutions out there, Switcher Go and the Switcher Studio ecosystem may help democratise multicam live production, as I'm sure, no matter what direction you look, you can already find an iOS device or two in your line-of-sight.