Why 5G is the future of video on the internet 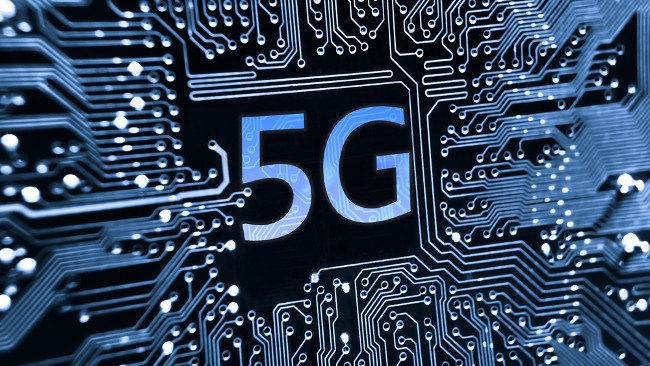 Video and the internet have always had a difficult relationship. But not any more.

We've become accustomed to treating bandwidth as a scarce commodity. Many of us are still living or working in areas where there's very limited internet speed. I've just spent the last eight years living in small villages where anything more than about around 2Mbit/s is still a distant hope; it's just too expensive to dig the trenches for the fibre (although I still don't understand why it can't just be strung from telegraph poles like conventional cable).

A month ago, I moved house into a city where there is 300Mbit/s fibre with the prospect of 1 Gbit/s next year, with uncapped data, all at a reasonable cost. The difference is absolutely transformative. I rarely now watch live TV channels and when I do, I do it via streaming, because it means I can watch on any device, anywhere in the house, without being tied to the cable box.

I also have a 4G mast in line of sight from my house, so I get around 70Mbit/s on my mobile devices. It all seems quite wonderful compared to spending nearly a decade where it would take nearly three hours to download an HD movie and where you had to virtually stand on the roof to get any kind of cellphone signal.

But this is just the beginning. Over the next five years, we're going to see a transformation that will make my newfound data connectivity seem positively quaint. And this will have a huge effect on how we produce and view video.

The first thing to understand here is that there is no limit to the capacity of the internet. For at least the last twenty years, there have been dire warnings that the internet is about to run out of room in its pipes. This hasn't happened and it never will, because of two things. First, when you add nodes to a network, its capacity increases exponentially. With more routes to follow and more ways to connect, data speeds up. Peer-to-peer technologies help here, but even without that, the ever increasing complexity of the internet's infrastructure means that there is no fixed limit on capacity.

The only damping factor on the ultimate size and speed of the internet is that there are, of course, commercial considerations. Putting in new internet infrastructure is not cheap. But where there is a demand, there is normally a commercial case for building new internet capacity. If you don't quite believe that, then consider the fact that what I'm paying for 300Mbit/s internet with unlimited downloads and uploads is barely more expensive than I was paying for 150th of that speed only recently.

5G to the rescue?

What follows is a massive oversimplification, but until every road and pathway is so completely blocked with fiberoptic cables that you can't move, then there's no limit to internet capacity. And that's not even taking into account wireless.

Yes, wireless. It's traditionally seen as incredibly useful, when it works, but essentially pretty flaky and unreliable much of the time. It's certainly not something you'd want your life to depend on.

But with 5G, the unsurprisingly named successor to 4G, even that may be about to change.

5G is more than just an incremental increase in cellphone data standards. It's much more than that. It's a leap into a future where you really can rely on wireless networks, because the networks themselves will be clever. They'll be smart enough to figure out where you are and what you're attempting to do. They'll use all existing resources – cellular, wifi, satellite and anything else that is out there – to provide the best and most reliable connection. And they will be fast – maybe even faster than current wired networks.

This all matters far more than you can probably imagine, because of an unusual and somewhat counter-intuitive property of networks.

You might think that the more complexity you add to a network, the slower it will get. It seems intuitive that the more ways there are to route data, the bigger the job, and the slower things will get. The opposite of this is actually true: the more nodes, the bigger the capacity of the network and the faster it gets. Not just faster, but exponentially faster. (The only real limit on this idea is that you have to have a central database keeping track of all the nodes – routers, essentially) and that can limit the speed and capacity. But there are ways round this, too.

5G is still largely theoretical, but only in implementation, not in science and technology. It doesn't need any new 'hard' research to make it happen. Reliability, speed and high capacity is built-in. It needs to be; within a few years, there will be hundreds or possibly thousands of times more devices connected to the internet.

There are ways in which this will be immensely disruptive. Think of driverless cars. These autonomous vehicles are designed to look after themselves – and to look out for others. But with reliable, ubiquitous, high-speed networking, dependability levels will go through the roof. There will be commonly understood network protocols which will allow all nearby vehicles to 'talk' to each other. Your car will know that the car in front hit the brakes before you do. You'll know there's a car approaching round a blind bend. And cars will travel in close formation in convoys on major roads that will free up space and largely prevent traffic jams.

That's just a small insight into a single area that will be affected by close to limitless bandwidth and sky-high reliability.

For people who make videos and films, this will be liberating. Cameras won't need internal storage. Post production facilities will receive content as it is shot. Directors can preside over their films from another continent.

Video over IP has taken huge strides recently, with NewTek even launching and shipping a totally IP-native studio production system. In the near future, you'll be able to plug a camera into a network socket and any connected device will be able to 'see' its output.

And extremely high quality video (perhaps in VR) will be delivered to everyone. Video streaming will become ubiquitous, and, ultimately, the world will have a real-time shared consciousness that emerges from the ability to have moving images and sound on tap from everywhere. We can only guess at the consequences.