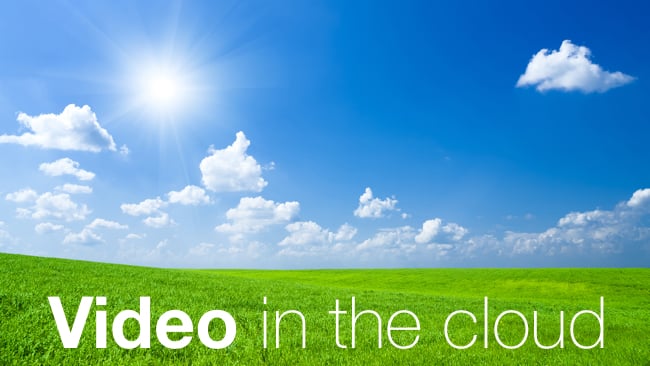 Signiant on the practical benefits of cloud-based media production for creative processes and workflows.

Most of the coverage we see in our industry about cloud video production has to do with the actual act of processing video. Manufacturers and publications talk about cloud processes handling high-volume tasks that would otherwise need to take place in staffed machine rooms and data centers on site – things like encoding, transcoding, compression, and so on.

And then in short order, broadcasters and media producers get down to business. They understand what's possible, they have ideas for workflows, and they've done their due diligence about protecting their intellectual property. So they want numbers. Here the discussion turns to the economics, logistics, and productivity of the cloud. How, and how fast, will they see a return on investment (ROI)? How much more efficient will their production become? And what will this mean for capital and operational expenses?

The other side of the equation

Workflows, protecting assets, and commercial viability. That's what we frequently hear about when it comes to the cloud in the media industry. We're so used to working under these headings when we discuss cloud-based media production that it comes as a surprise to hear that there's another, equally important, topic we should be talking about, and it's this:

What is the impact of the cloud on the human element of the creative process?

We first came across this question at a recent conference about cloud computing for the content creators. The audience member that raised the issue went on to explain that even today, a creative process that takes place via communication over the phone, chat or email is splintered and can seem restrictive. In the future, if processes (including creative production itself) are to be moved to the cloud, in theory everything would be done remotely with distributed teams on different continents.

He went on to say:

"So what's the comparison of the cloud creative process to one having a physical facility, where you've rented some space and you're putting human beings together to collaborate? Regardless of the technology – without diving into the computational differences between a cloud application and a traditional application – what happens to the human element of the collaborative creative process?"

It was a fresh angle to address in an industry forum, but the panelists had clearly already been thinking about this – possibly for as long as we'd been involved with the technology.

It's natural when exploring cloud technology to imagine an entirely distributed, disparate workflow. Everyone talks about collaboration and people working from home, spread out, easily giving one the impression of lots of very siloed, individual freelancers not actually working in a room together as a team. We never paint the picture of the traditional way we've spent 12 hours a day in a rented edit suite with a producer or a director and hoping that it sparks great collaboration.

Cloud production shouldn't have to conjure up disruption on the collaboration side. Panelist Ben Foakes explained his company, BASE Media Cloud, is designing projects with more than 100 edit suites each, in the cloud; but the end points where production staff will interact with them are going to be client workstations in a building, together. The editors will sit with the director, side-by-side, collaborating. But the applications, the processing, the edit suites, the storage, all of that is going to be remote, in a data center.

Those production companies aren't abandoning the give and take, the collaboration, the human element. It's just that they want to move away from buying and managing infrastructure, and they want to have a rapidly scalable or "burstable" resource, so they can go instantly up to hundreds and thousands of resources and then back down again – all the while collaborating broadly and scrapping expensive machine room gear and even real estate.

On the other hand, think about today's collaborations again – having freelancers working at home with portable hard drives and laptops. Would you rather have them ship a drive with your critical media assets on them? Or, with a cloud workflow, wouldn't you rather just spin up a storage server in the cloud, send them a log-in that gives a given freelancer access to move files into the server between certain hours on certain dates, and then spin it down afterwards?

If you want the familiarity of today's workflows, you can achieve it in the cloud, and not lose the closeness of human contact in the process. But the cloud actually opens up new ways to have that collaboration. After all, if you could decide where you want to have your team, wouldn't that add to the creative vision, too?

Or decide that the team you want to work with is situated in a different location, so you can simply "relocate" production there in minutes instead of months of planning? Because now you can bring your production to the talent – rather than the other way around.

We never have to be in a world where everyone is working individually in different locations. The vast potential of doing this in the cloud simply gives creatives and producers added functions, capabilities and possibilities, on top of the way they already collaborate today. And that's definitely worth having.