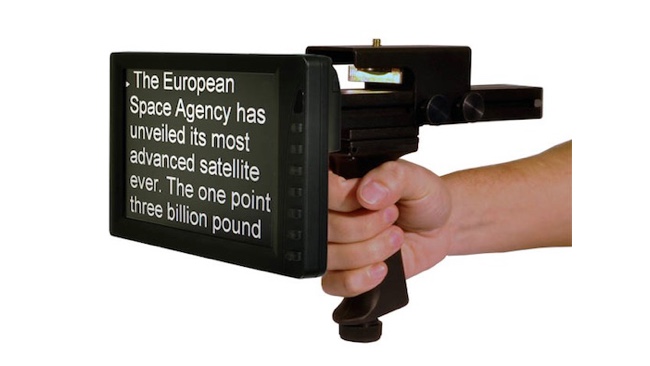 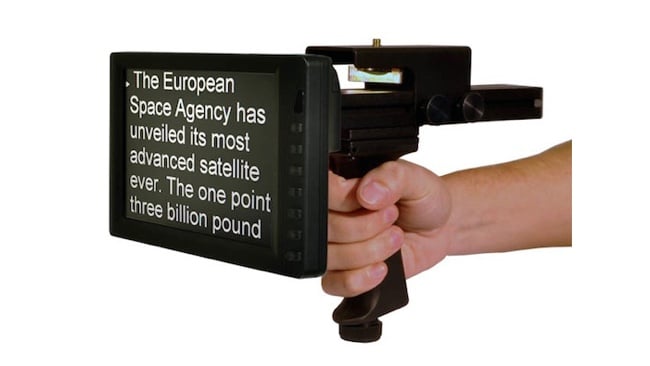 Handheld and part of an IP production thanks to NDA

Teleprompters are one of those pieces of broadcast kit surprisingly crucial to live broadcast and, with recent advances at specialist manufacturer Autocue, are now available to more and more productions.

The headline feature is that Autocue has adopted NewTek’s open NDI standard for IP-based production workflows for its QStart Prompting Software.

The idea is that, with NDI enabled, QStart is recognisable as a source by other NDI-enabled devices and systems connected to a standard LAN. That means that Autocue can send prompter text through NewTek’s TriCaster multi-camera video production system directly from the QStart application so that it can be viewed on multi-viewers or distributed to other devices such as on-camera teleprompters.

All of this removes the need to use a physical input/output connection on the TriCaster, making teleprompters a far more viable option for a whole new level of production budgets that are centred around the TriCaster.

And as a further sweetener, Autocue is also making its language-independent QStart software free of charge to all TriCaster users who download the software from NewTek’s NDI website.

The adoption of NDI is the latest advancement by the company in a bid to get its equipment into more market niches, joining a complete range of newly launched teleprompting hardware for both the 9.7” and the 12.9” Apple iPad Pro.

“The Autocue team shares our vision of IP workflows and revolutionizing video production,” said Michael Kornet, executive vice president of Business Development for NewTek. “Developments such as the integration of Autocue’s best-of-breed QStart software with TriCaster will help make NDI the most widely adopted IP standard on the market, providing essential workflow solutions for customers today.”