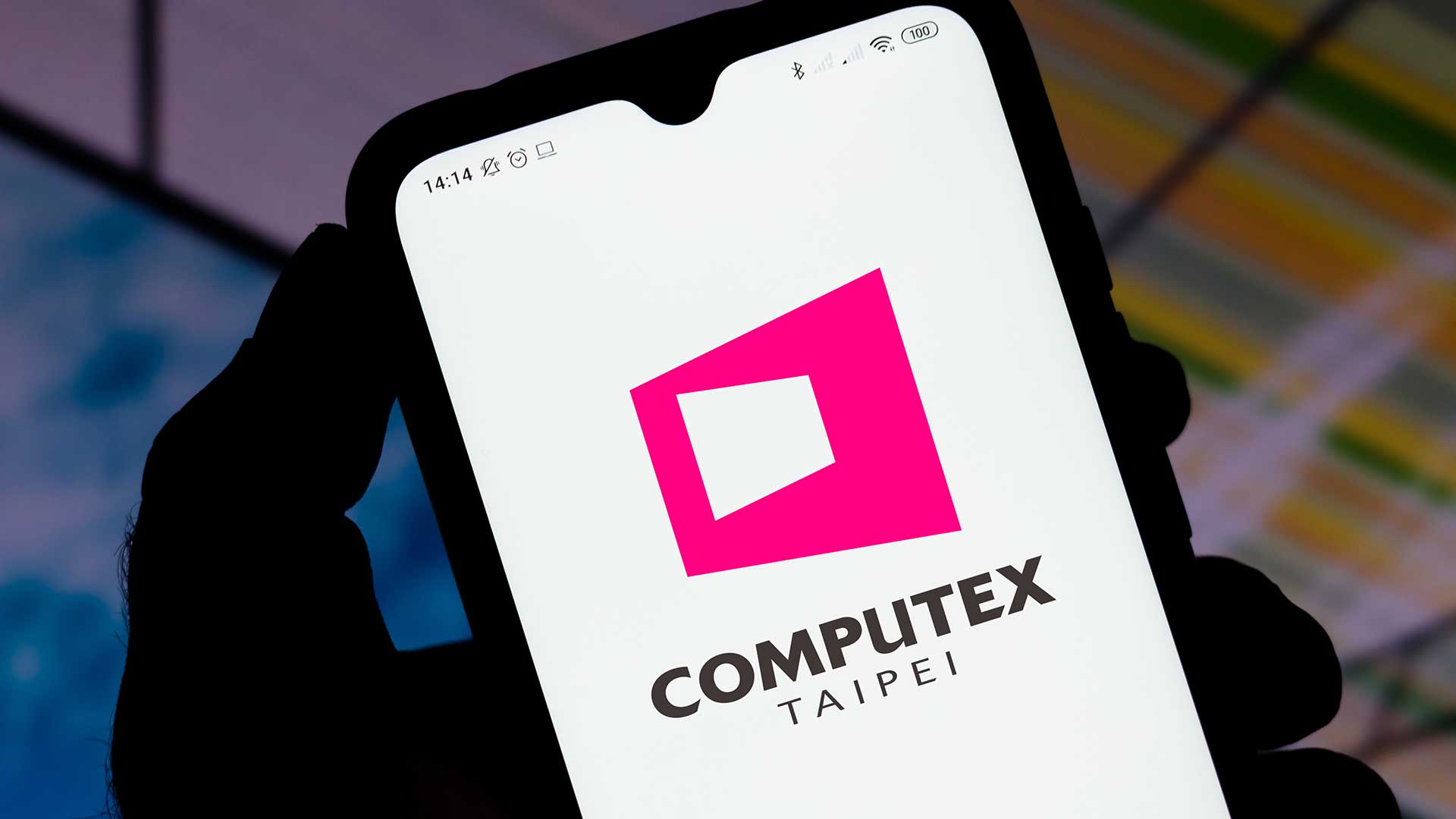 Canceled in 2020 due to the pandemic, Computex is back in 2021 with virtual keynotes from nVidia, AMD, and Intel to kick it off.

Earlier this year, Intel released its first Tiger Lake-U processors for thin and light systems, which showed a huge uplift in instruction per clock cycle (IPC), but only four cores. The flagship models are getting an update that enables 5 GHz for thin and light laptops, at least for the processor's favored core. The all-core maximum clock speed is a respectable 4.6GHz, the main limitation being that it only has four cores and eight threads. Intel says that there will be 250 Tiger Lake-U based devices available this year.

After selling its wireless modem business to Apple, including its 5G technology stack, Intel teamed up with MediaTek to develop a new 5G product line. Intel's new 5G product is a semi-custom and based on MediaTek's 5G devices, and promises wide compatibility with software and hardware, including a recently announced wireless base station from Acer.

Intel has also upgraded its NUC line, adding the NUC 11 Extreme based on the 11th generation Tiger Lake processor lineup and for the first time supporting a full length GPU. The NUC 11 Extreme is designed to enable serious gaming performance using a mobile processor in a compact desktop device.

One the enthusiast front, Intel released the Tiger Lake-H high end mobile processor shortly before Computex. Manufactured on Intel's new 10nm SuperFin process and built around the new Willow Cove architecture, the performance uplift from the geriatric SkyLake is huge – so huge that it's actually ahead of the current mobile Zen3 flagship. The catch is that the mobile Zen3 flagship is a 35 watt CPU, while the Tiger Lake-H is a 45 watt CPU, so Intel's lead is more precarious than it seems at first glance.

Intel plans on releasing its new Sapphire Rapids Xeon processors next year, and has a presentation on this new line scheduled for this summer's Hot Chips conference. Intel also has a presentation on its upcoming Alder Lake, its next generation big/little CPU design, scheduled at Hot Chips. Intel's upcoming big-little processor got a mention during the keynote, but it seems that we'll have to wait for Hot Chips for more information about that.

nVidia unveiled the highly anticipated 3070Ti and 3080Ti GPUs at Computex, both of which offer a significant boost of the original variants, and the latter of which is essentially a 3090 with 12 rather than 24 GB of GDDR6 VRAM and a slightly slower clock speed, but the same 350 watt TDP. Performance wise it equates to around 90% of the 3090's performance for $1199 instead of $1499, assuming that it's available at something close to its MSRP, a rarity these days thanks to crypto miners.. Those who absolutely need the additional memory will still have to fork over the premium for the 3090.

nVidia is continuing to attempt to counteract the crypto mining demand for its GPUs by including the hashing throttle in its updated GPUs.

There are also a lot of new laptops coming down the pike that include Ampere Mobility graphics, including a lot of gaming systems based on AMD Zen3 CPUs, marking a major turning point for AMD since it shows AMD making its way into premium laptops instead of only budget laptops.

Beyond that, nVidia didn't reveal that much that's new, since Hopper and Ada Lovelace are already on the public roadmaps.

Still second fiddle in terms of market share, design wins are a big deal for AMD. And AMD is landing a lot of them; its datacenter focused EPYC processors continue gaining market share, with the Zen3 based EPYC Milan, released in March, helping to continue AMD's leadership over Intel in the datacenter and cloud computing markets with huge wins with customers like Tencent and Zoom.

Dr. Hsu introduced the two new APUs coming soon, both with 65 watt envelopes and integrated Vega graphics, one with six and one with eight cores, made for desktops. Both are due on August 5th, and unlike their predecessors AMD plans to make these available for the DIY market as well as to integrators. Though using the aging Vega graphics hardware, AMD says they outperform Intel's Tiger Lake CPUs.

RDNA2 was of course a big part of the keynote, with high end models launching in Q4 and the budget friendlier 6700 model released earlier this year. It's also in both the latest generation flagship gaming consoles, and is now coming to Tesla, where it will be part of the infotainment system. Those systems are based on an embedded Ryzen APU with a discrete 10 teraflop RDNA2 GPU for AAA gaming.

There have been rumours about the Samsung ARM deal, but now it's official: AMD is providing a custom graphics core to Samsung for its Exynos ARM procssors that provides ray tracing and variable rate shading. We'll have to wait for Samsung's official unveiling for details.

There was big news about RX 6000M series, the RDNA2 mobile line.. The performance and power efficiency gains over RDNA are huge, with AMD claiming up to 50% more performance at a given power envelope, or matching performance with a 43% savings in power.

The flagship 6800M with a 2.3 GHz boost clock and 12GB of GDDR6 is clearly being positioned to take on nVidia's 3080 mobile GPU, and the early demos show that it's at the very least going to give nVidia a run for its money. AMD showcased the Asus ROG Strix 15, a new premium gaming laptop that combines a Ryzen 5900HX 45-watt mobile processor with a Radeon RX 6800M GPU. This system includes a 96MB Infinity Cache as well, and early benchmarking shows that it is very competitive.

The ROG Strix 15 also marks a turning point for AMD, because this is a flagship gaming laptop with both an AMD CPU and an AMD GPU. AMD's new SmartShift technology allows the GPU and CPU to dynamically share power based on their workload. The CPU, nominally rated at 45 watts, can draw up to 90 watts when the GPU is inactive and 54 when it's active, and the GPU can raise its 145 watt power allocation by 15% by drawing power off of the CPU.

The new FidelityFX Super Resolution technology that AMD has been promising is here at last. Unlike nVidia's DLSS, it scales up the final rendered image, so the image isn't as detailed as nVidia's, but FidelityFX has one huge advantage over DLSS: compatibility. FidelityFX is supported not only in RDNA2, but also RDNA, both of the new high end gaming consoles, Vega GPUs and even on nVidia hardware from the 10-series onward. AMD is making it available to the entire industry via GPUOpen, and with such broad support, it's pretty much a guaranteed winner.

AMD is taking full advantage of having both the GPU and CPU design teams under one roof with its AMD Advantage program. It requires an AMD Ryzen 5000 CPU and Radeon RX6000M graphics and includes some exclusive AMD technologies like Smart Access Memory and SmartShift. All AMD Advantage systems will have at least one NVMe x4 drive, as well. AMD even requires that the laptop thermals ensure that the WASD and arrow keys never get too hot, in order to maximize the gaming experience.

The ROG Strix is coming soon, and with other AMD Advantage systems in the pipeline and coming soon.

The next  announcement was a bit of a surprise. It probably reflects AMD's response to the Willow Cove based Tiger Lake-H,but it's not the expected Zen3+ refresh. Instead, AMD showed the first prototypes of its 3D multichip packaging technology, based on TSMC's 3D stacking technology. In its first incarnation, AMD placed a 64MB cache die atop a Zen3 chiplet, bringing its total L3 cache to 192MB without increasing the size of the overall package.

It seems likely that this 3D V-Cache enhanced Ryzen CPU will be the Zen3+ that the rumor mills have been anticipating, since it's due to enter production toward the end of the year and adds what AMD describes as an architectural generation of performance improvement, or an average of 15%.

There is a lot more going on at Computex, but these are the main highlights from the keynotes. The competition between Intel, AMD, and nVidia is continuing to pick up in  both the CPU and the GPU markets, Apple's first foray with its own silicon is competing well in the personal computing space, and there are several ARM based datacenter processors to keep AMD on its toes.