BTS: In the blink of an eye 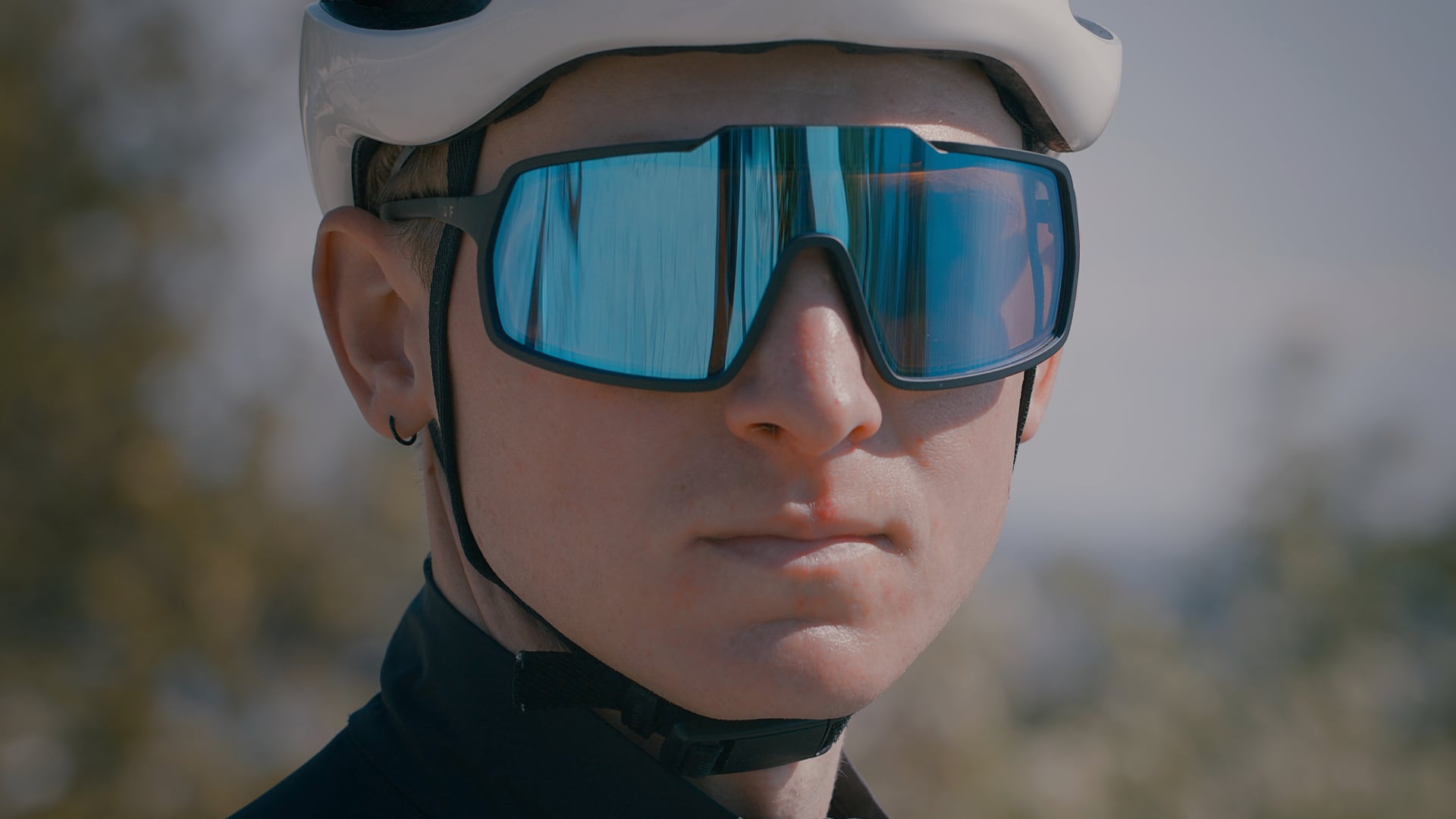 A look behind the scenes on a commercial for polarizing solar powered goggles and the challenges of capturing a microsecond transition.

Having spent much of his life lying in the dirt capturing video footage of Motocross riders, Anton Nelson is accustomed to recording moments that happen quickly. However, when he was approached by an organization looking to record an event that occurs in less than a second, he knew that this was would be a challenging experience.

Out Of is an optics company from Brescia in Northern Italy that makes sunglasses and sports goggles for cyclists, snowboarders, skiers and more. Several Out Of’s products use a solar cell, a proprietary chip and an LCD film to enable the goggles to adapt to light and change their polarization level without ever needing a new battery. This gives the wearer perfect vision, however much sunlight or glare there is.

Out Of wanted Nelson to help record a commercial for their goggles, but without using CGI to capture the change in polarization. However, the change happens in under a second, making it extremely difficult to capture on a camera.

“The proposed spot was beautiful in its simplicity but fiendishly difficult in its execution,” explained Anton Nelson. “We had to shoot in bright sunshine to best capture the activation while still lighting the subject’s face correctly. Both segments involved shooting moving cyclists, one on a road bike, the other on a mountain bike in a forest, which further complicated matters.”

Nelson investigated several cameras for the shoot, finally choosing Blackmagic’s URSA Mini Pro 12K, which was capable of capturing the microsecond transition of the goggles as they adapted the polarization level.

“We looked at a wide range of cameras,” continued Nelson. “In the end, the URSA 12K was one of the few models that could do what we wanted. Other models tended to focus on capturing either a higher frame rates or better dynamic range, but not both.”

“The URSA handled both of these things well, affording us the flexibility to shoot in 12K at 75fps or 120fps at 8K in brighter conditions so that we could slow it down. More importantly, it could do all of this at a fraction of the cost of the other cameras that we looked at.”

Nelson used a range of fixed prime and zoom lenses for the shoot, including a 10mm Samyang, 50mm Canon 1.4, 18-35 Sigma zoom lens, a 40mm Sigma 1.4 and a Canon 70-200mm 2.8. The latter zoom lens was used for all the action shots, as it could show the activation of the polarised glasses, but could also track the rider’s movement and show background effectively. 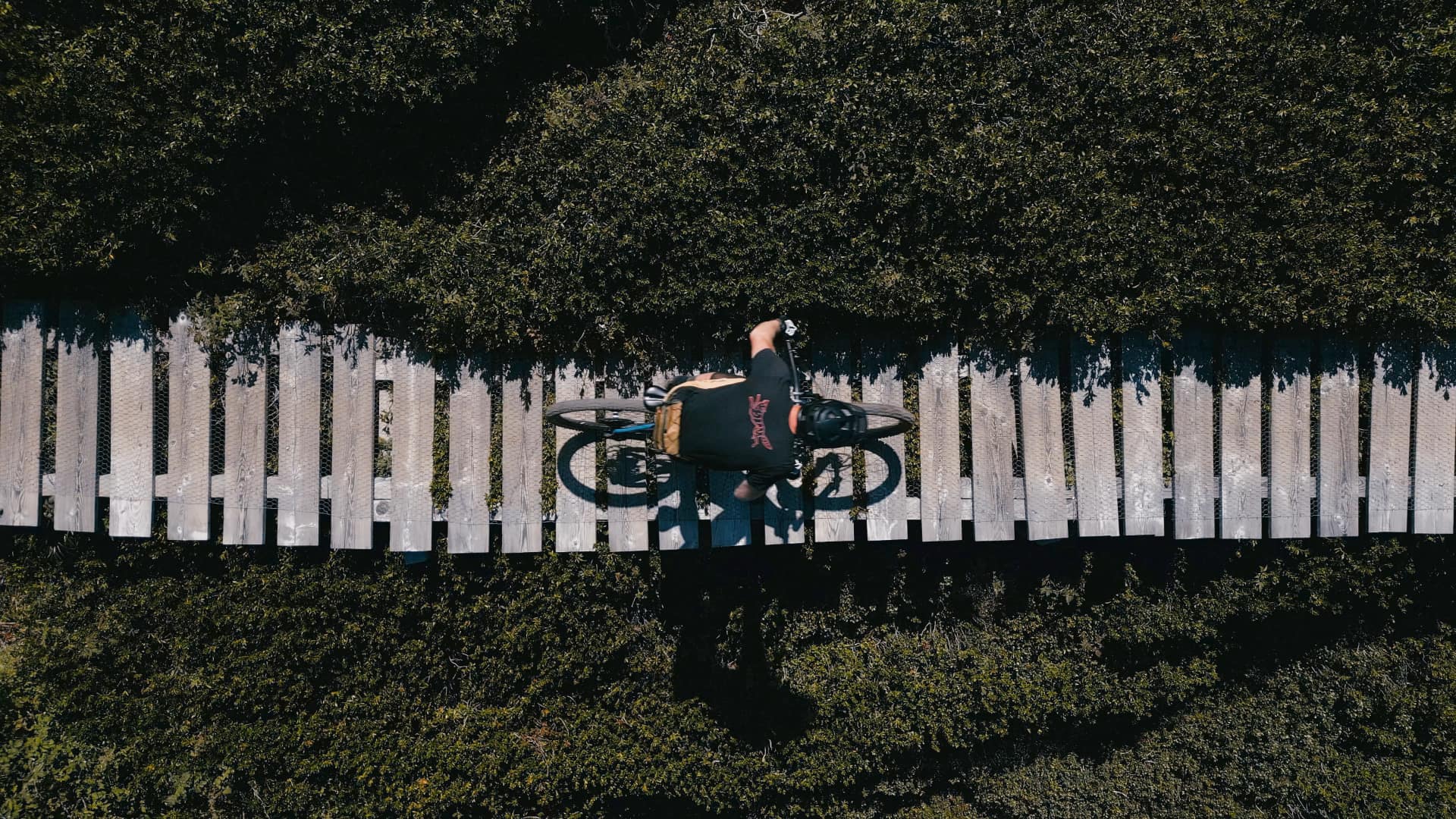 “With the 70-200mm, I could get good compression and subject isolation using the whole super 35 area of the 12K sensor in 8K, but easily recompose and punch in on a particularly frenetic shot if necessary,” added Nelson.

The 18-35mm lens and the 50mm prime lens were both used for detail shots on the riders, with the other lenses being used to gain a mixture of perspectives on either the goggles or the whole rider as necessary. Nelson also produced stills as supporting assets for the campaign, simply by using 80 megapixel frame grabs from the video.

“When you’re capturing footage at 12K, you generally get enough from a still to produce an extremely high-quality image in both 9:16 and 16:9,” said Nelson. “We could provide content to Out Of for social channels, as well as for live events and more.”

“I couldn’t be happier with how the spot came out,” Nelson concluded. “Capturing the moment when the goggles change their filter level in an environment where the light levels changed so radically, was scientifically and technically very challenging, but I’m delighted to say that we managed it, producing an incredible advert for an incredible product.”