Ikan Stryder IP100: An LED light for filming in the worst weather

If you need to film in the foulest weather, Ikan Corp has the light for you in the form of the SW-IP100 LED fresnel.

Someone at Ikan seems to be expecting rain, which is odd considering the company is based in sunny Houston, Texas. For those of us in damper climes, the company has just announced a new light in its Stryder range, the SW-IP100, which is designed to survive anything even the foullest weather can throw at it.

Based on available information, the IP100 is, at first glance, a relatively conventional design. It’s a five-inch fresnel, which is a common compromise between capturing lots of the LED’s light (which demands larger lenses) and portability (which demands smaller ones); it’s functionally equivalent to most Bowens mount fresnel modules. For the sake of comparison, Aputure’s original Bowens-mount Fresnel was a five inch option, though the later 2X version included a more advanced optical setup and a six-inch lens for greater efficiency. Ikan’s Fresnel provides a fairly standard 28- to 53-degree output, though we’ll have to wait for a hands-on evaluation to figure out how nice a beam it launches, and how good the shadows look. 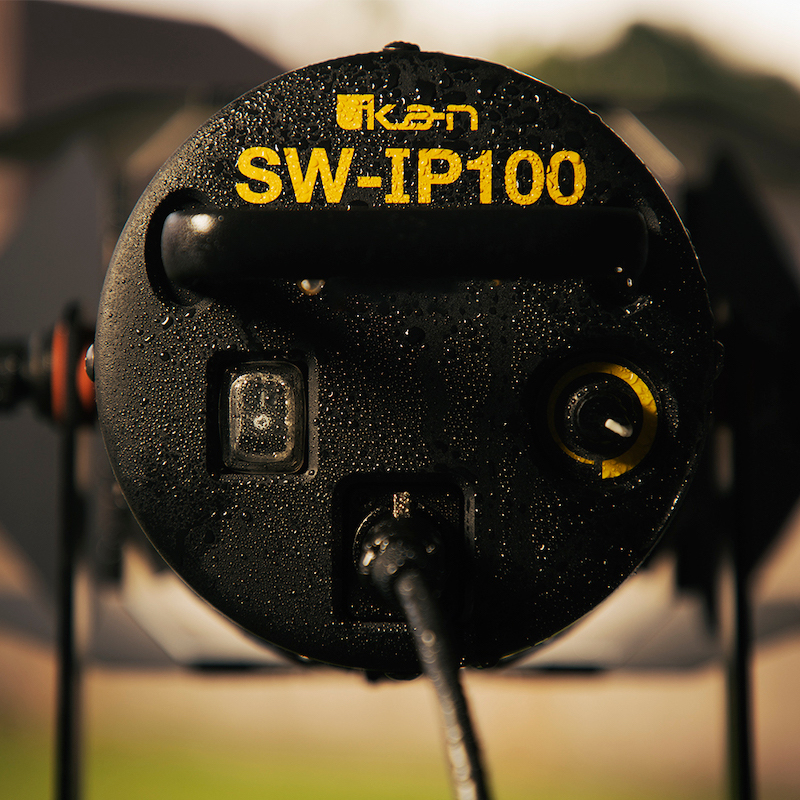 For filming in the worst conditions. The Ikan SW-IP100. Image: Ikan

Right now there’s a 5600K daylight version and it’s specified at 95 TLCI. The devil is in the details as regards spectral output, but it’s hard for anything to hit that level and not be fine. Retail price on Ikan’s site (thus excluding sales tax) is $1599, which makes the IP100 reasonably expensive for a small LED Fresnel. The unique selling point, justifying that, is the weatherproofing. Ingress protection – IP – ratings represent two things with their two digits. The first digit indicates protection from solid objects, and 5 means “ingress of dust is not entirely prevented, but it must not enter in sufficient quantity to interfere with the satisfactory operation of the equipment.” The second digit refers to protection against water, with 4 suggesting the device will withstand “splashing of water.” The IP test protocols are available online if you’re interested in finding out what “splashing of water” means.

As such this is not a sub-aqua light suitable for underwater photography, but it’ll stand a decent rainstorm and will therefore catch the eye of people involved in documentary and, particularly, current affairs. Very few lights offer this sort of water resistance; the only example that springs to mind is Zylight’s mighty (and expensive) F8 series, which use a more generous 8-inch Fresnel lens. The Zylights are are certainly beautifully made, with their rubber bellows and all-weather hardiness, but aren’t as portable, at least not as backpack portable, as the little IP100. 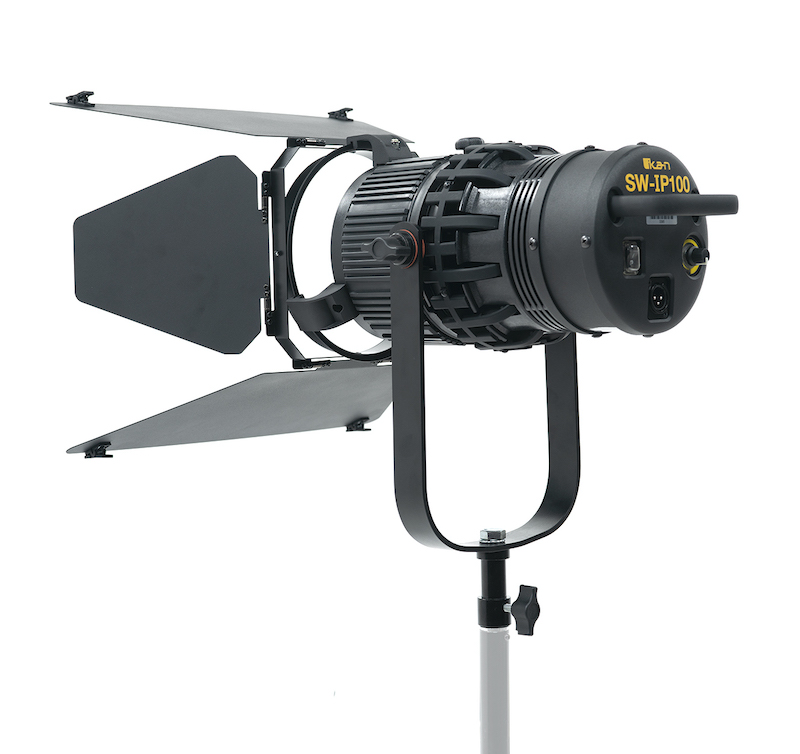 Ikan’s package includes barn doors, to make use of the shadowcasting capability of a Fresnel, as well as a V-mount battery plate. This is where the wet is likely to get in, both literally and figuratively, as it’s difficult to make cables, connectors and battery mounts really resistant to water. From a commercial perspective, the feature set of the IP100 makes a certain amount of sense; it stands out somewhat among a field of LED lights which can sometimes start to look rather unvarying.