Hybrid events are offering significant opportunities beyond the pandemic 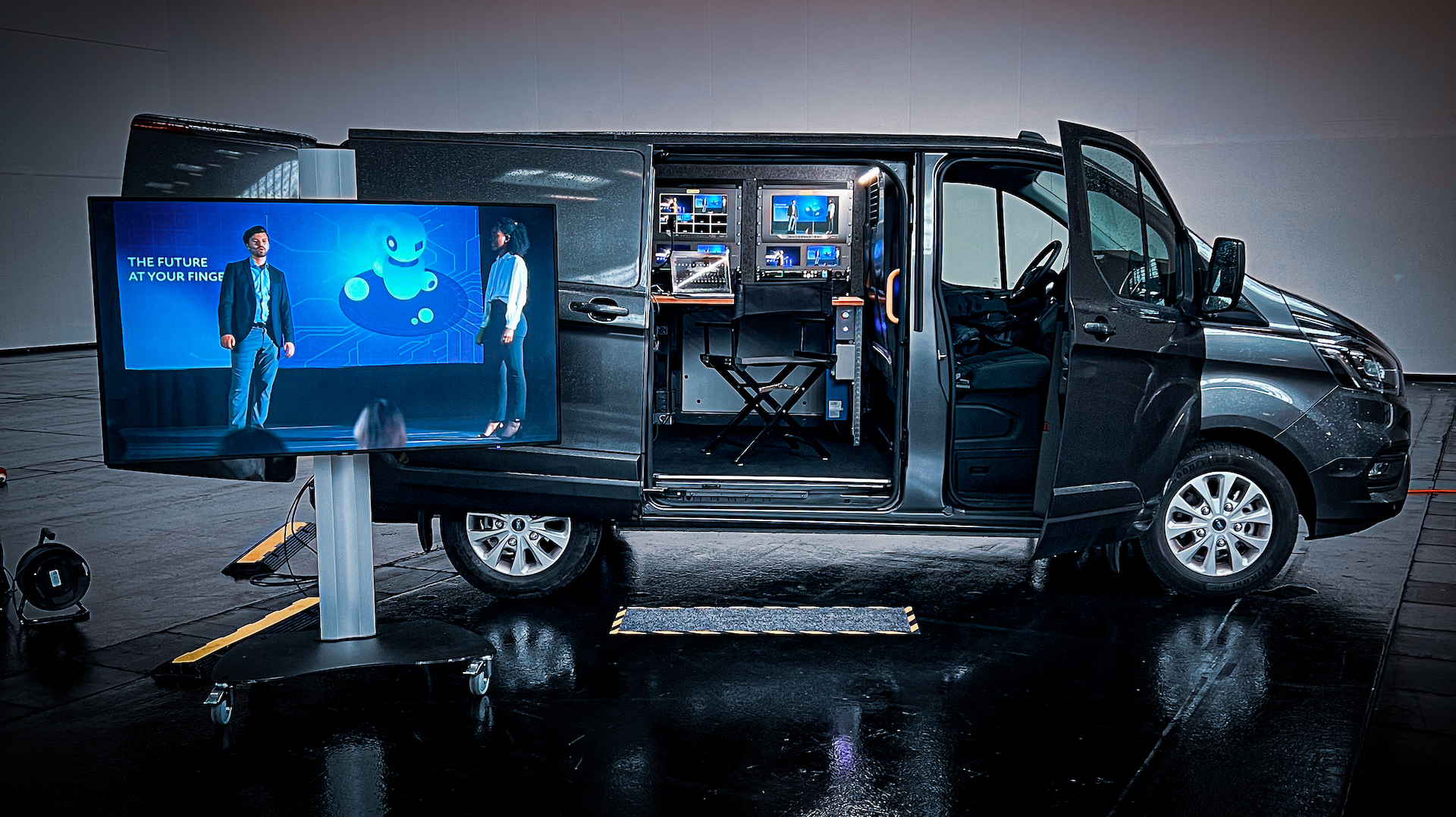 Hybrid events are more than just a stopgap in times of pandemic. And if you get the basics right, a small event can suddenly become something massive. Michael Praetorius explains how.

When the event world suddenly came to a halt two years ago, companies and event organisers were desperately looking to reach their audiences via other channels, all while delivering some sort of "live" experience: thus, the hybrid event was born.

As a content producer, media consultant, and lecturer focusing on digital platforms, my clients include public broadcasters, publishers, and conferences, helping them define the next level of streaming and digital formats.

I first started streaming back in 2010 with a tech-related YouTube show. During that time, the show was produced using a rack-style setup that we moved between two venues, one in Munich and the other in Berlin.

“I've also had experience developing setups for pop-up studios and virtual conferences. That includes the IAA Mobility show last year, where I oversaw a team of experienced broadcasters, technicians and event managers to build eight stages and a fully operational broadcast studio. I've learned a lot along the way."

It's all in the planning

First things first, delivering a hybrid event isn't rocket science, but doing it well requires attention to detail and good levels of planning. What platforms will you be producing for? How do the formats differ, and what does that mean technically? These are the sorts of questions that help you begin to understand what production equipment might be required.

I usually recommend recording an event in the highest quality you can afford when it comes to production quality. That should, as a rule, be at least 4K, if not better. HD quality is often sufficient for streaming and in venue for the live physical event.

Why is it necessary then that you record in the highest resolution possible? In many cases, hybrid events only have a small audience watching the live stream. This means you'll reach most of your viewers with the recording, and you'll want that to be of the highest quality.

There are three different target groups to think of: First, those who have heard about the event but didn't have the time to watch it live. Then, we have those who watched or attended the live event but want to see it again. And last but not least, perhaps the most significant group are those who stumble upon the content by chance via the social network's search or recommendation algorithm.

So, a hybrid event with for instance only 200 viewers watching live initially could reach another 1,000 viewers from the second group in the replay. The third group could be even large, with viewing figures hitting upwards of 50K if produced well. That has certainly been the case with conferences and shows like the IAA Mobility Show last year.

Consequently, if the content is supposed to look good natively on social channels where you reach most of your audiences, surely then it has to be produced with that in mind from the outset? After all, each platform has its own prerequisites and formats to consider, i.e. portrait, square and landscape, as appropriate.

Likewise, the physical event will require something different as the conditions on location may differ and will impact what you deliver.

But wait, I'm no broadcast engineer, nor am I a DP, I hear you say. Well, neither am I. But that doesn't mean you shouldn't strive to produce broadcast quality formats. Audiences care.

And let's face it, almost anyone can now produce and broadcast content today as the technology and know-how are more readily accessible. However, doing it well is an entirely different matter.

I've spent years building rack-based setups and recognized an opportunity during the pandemic to be disruptive. I was tired of carrying flight cases and boxes around, so I wanted to create a preconfigured setup. Put another way, a rack on wheels with all you'd need for concerts, conferences or sporting events capable of competing with more traditional OB companies.

All inputs and outputs run via patch panels and a Smart Videohub 12G router, making it possible to distribute lines from outside the set or from the van to video walls or other OB vans, including editorial OB vans, as needed. 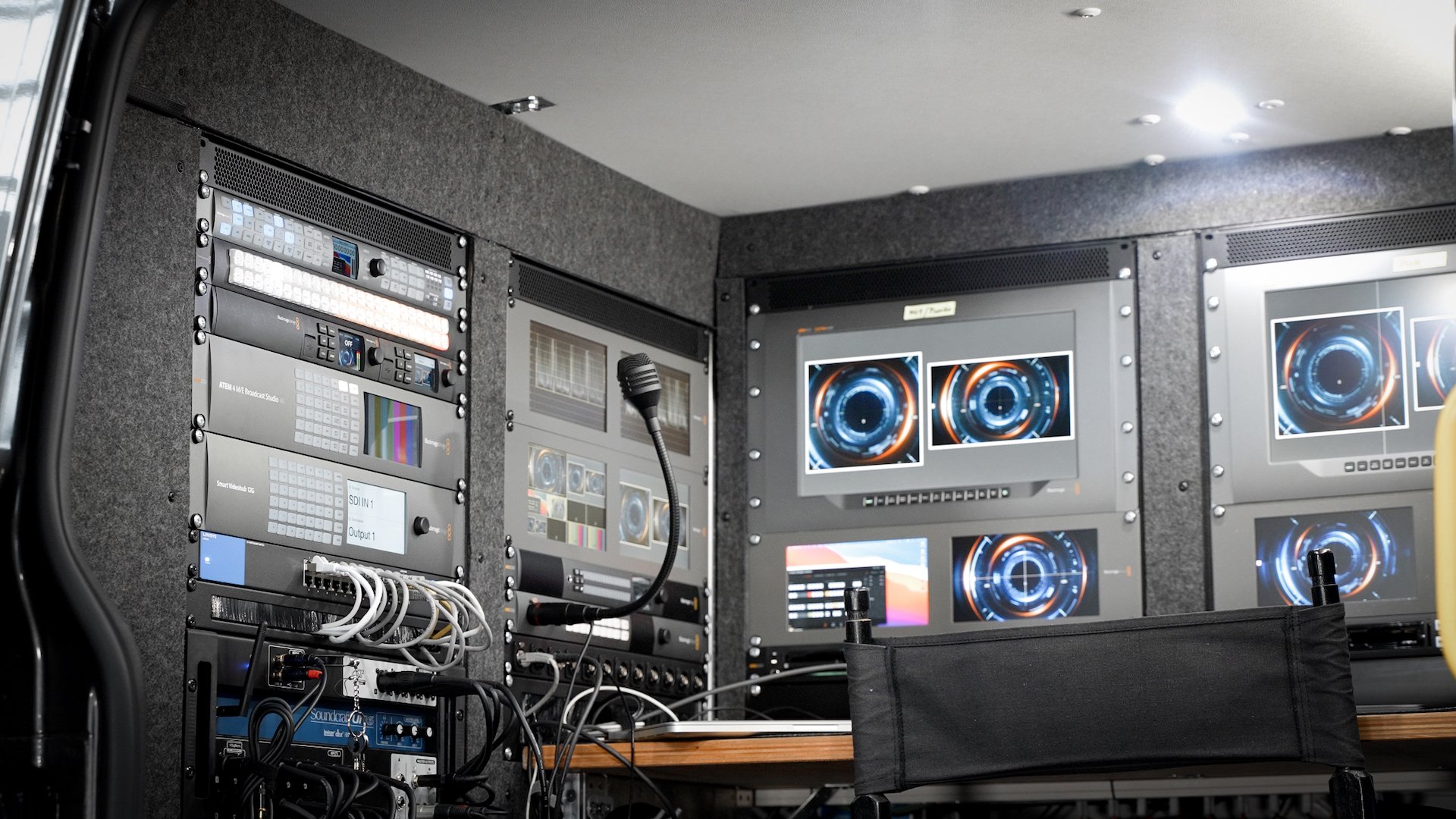 A total of 17 monitors and displays are on board to monitor the cameras, players, streams and graphic elements. All signals can be looped out to additional monitors to double the workspace or move the space outside and only use the van as preconfigured technology on-site and can support up to eight SMPTE fibre camera chains.

Likewise, plan for every eventuality. Whether converting old video signals, the wrong PC signal or providing lip-synced video back to the stage, having some form of hardware conversion is vital. Our workflow incorporates the Teranex AV.

We record everything in 4K to SSDs using a series of HyperDeck Studio 4K Pro broadcast decks which we also use to play pre-recorded material and lower thirds with key and fill.

You also need to cool all of that tech. And so, a lot of consideration was given to heat and airflow. Among those considerations were proper air conditioning factoring in the space it consumes and power draw.

As you can see, the actual setup bears many similarities with the classic OB van. Where we differ is that we've designed a social media first production workflow to support hybrid event delivery with an expandable OB.

The workflow is configured to stream in landscape, square and portrait modes to various platforms, including YouTube, LinkedIn and TikTok, capable of supporting corporate video streams or traditional broadcasts.

What the pandemic taught us

The demand for live video as part of a hybrid model has grown significantly over the last two years. And whether you're a company or event organiser, there is universal agreement that the model is here to stay as brands and artists look to continue tapping up new or underserved audiences.

The underlying technology isn't that complex, nor does it require the operators to have the in-depth technical know-how. As a result, many brands, big and small, have or are now investing in dedicated studio spaces.

So, while you don't have to be a broadcaster, defining your output channels and the required level of quality will ensure that you go into any project adequately prepared.

For many, it has been the realisation that far from cannibalising in-person attendance, event organisers can extend their reach through a well-produced multi-channel digital strategy and the commercial benefits therein. What's more, you can use your event content for ongoing marketing activity at no additional cost.

Another important consideration is accessibility. With hybrid events, you can now reach people with disabilities who might not have otherwise have the opportunity to attend or participate in a physical event. 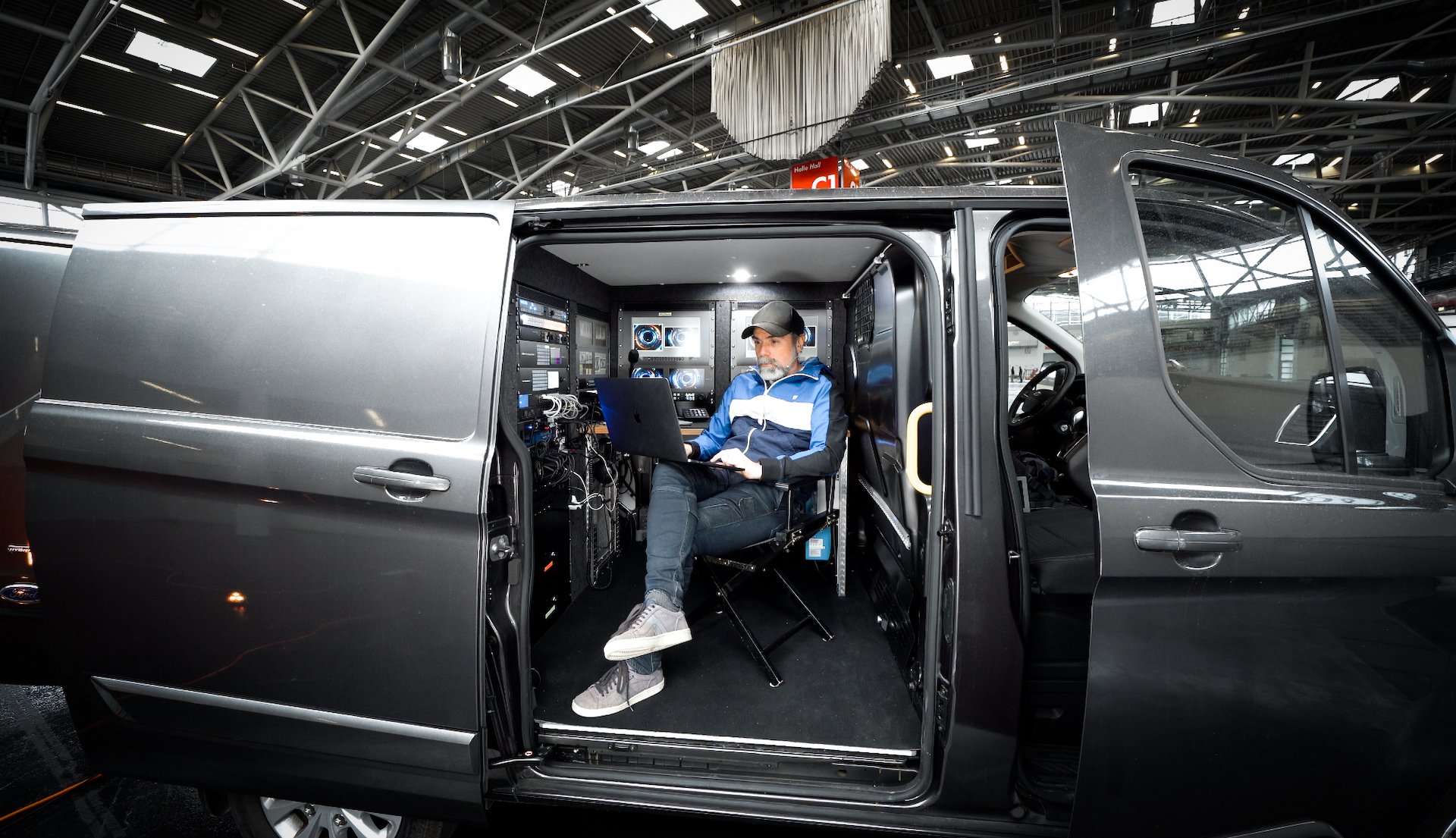