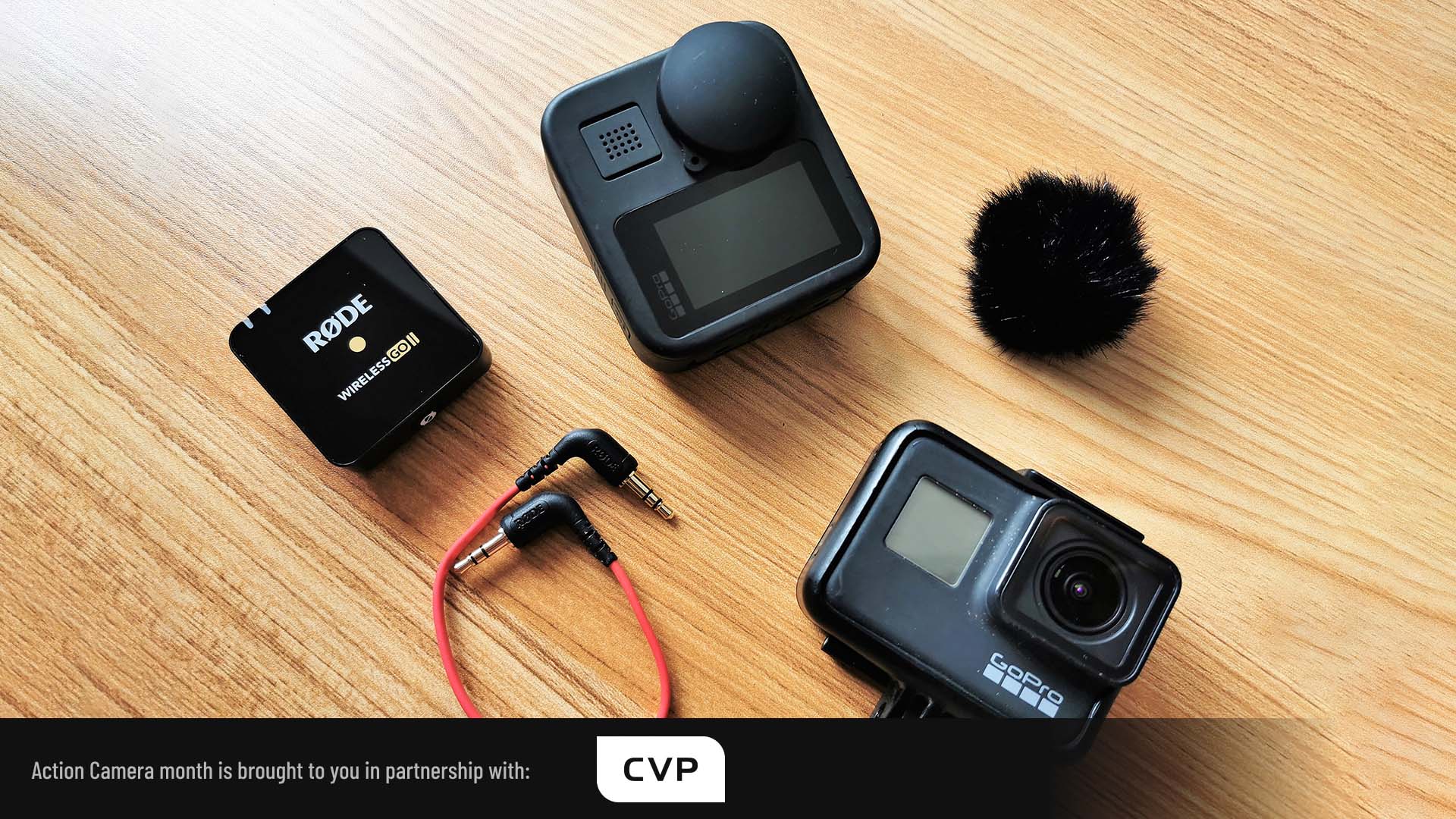 Action cameras are notorious for sub-par audio…but it doesn’t have to be this way.

Purchasing your action camera is always an exciting moment. The unboxing, the first outing, the first shots you load up in the edit which showcase your adventures in beautiful, buttery-smooth fashion…this is why we spend the money. What we don’t necessarily buy action cameras for is their audio capabilities. Notoriously, action cameras have always been lacking in this department.

For the most part, that’s never mattered too much given their purpose. But if you are looking to vlog with an action camera and capture important pieces to camera, or just want to ensure that what you're saying during the moment is audible, chances are you’ll be left wanting at some point or another. Thankfully, there are plenty of ways you can achieve better audio with your action cameras – that’s what we’re diving into here today.

Straight out of the box, there are probably certain tweaks you can make to your action camera in the settings. For example, on my GoPro Hero Black 7 (still going strong), I can switch between three different options for the in-house mic. I’ve got the option of: 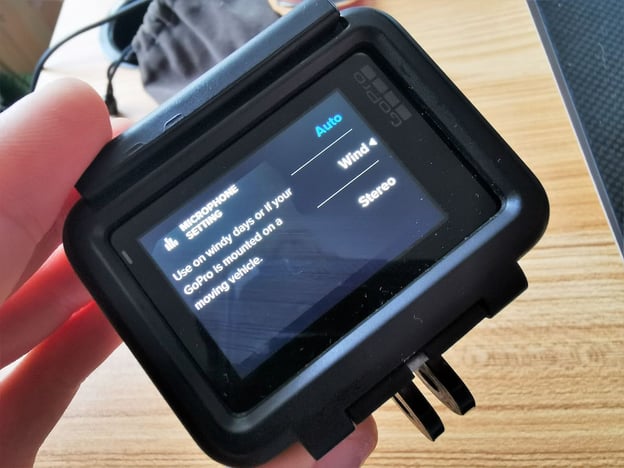 It’s a very similar case on my GoPro Max and, with the majority of action cameras today, you’ll find something along these lines. This is the first simple step that can make a difference to the audio you capture.

Think about when and were you film

This may be obvious for some of you, but just thinking a little bit about when and where you film can also have a big impact on your audio. For example, if you’re looking to record a piece to camera where you’re talking, try to take advantage of situations where there’s no wind. If you’re flying down a hill on your bike at 40mph, it’s probably not the best time to hit record and film that piece. All you’re going to get is roaring, clipping wind!

Projecting your voice a little bit doesn’t hurt, and if possible, keeping your hands off the actual camera helps. If your fingers are grabbing and wrapped around the body of the camera, you may accidentally cover one of the microphones or generate unwanted sounds as you move your fingers and hand around.

With all that talk of wind and trying to squeeze the best out of your internal microphone, you’ll be pleased to know that there are plenty of external accessories out there that can make a huge difference to your action camera audio.

Add your own wind muffs

As we’ve established, more often than not (and the same can be levelled at nearly any camera, in fairness), action camera microphones are brutally exposed on the body of the camera, leaving them liable to wind interference and whatnot. 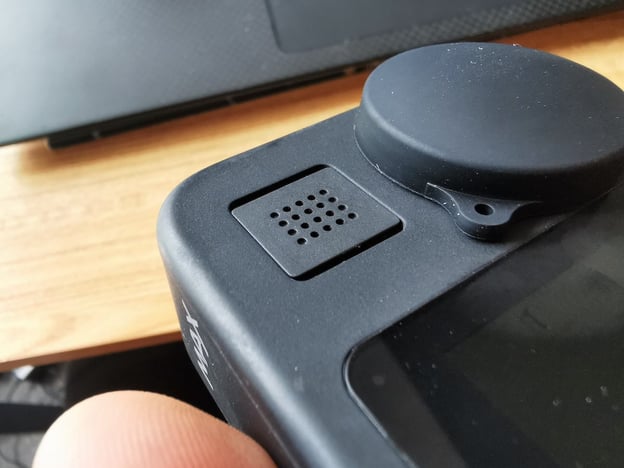 One thing that our very own editor Simon Wyndham did was sew in some Rode micro windjammers into the optional silicon case that came with his GoPro. “Some people stick the wind jammers to the camera, but as soon as it rains they fall off. So I sewed mine to the case.” These tiny little windjammers can make a huge difference and are well worth investing in. 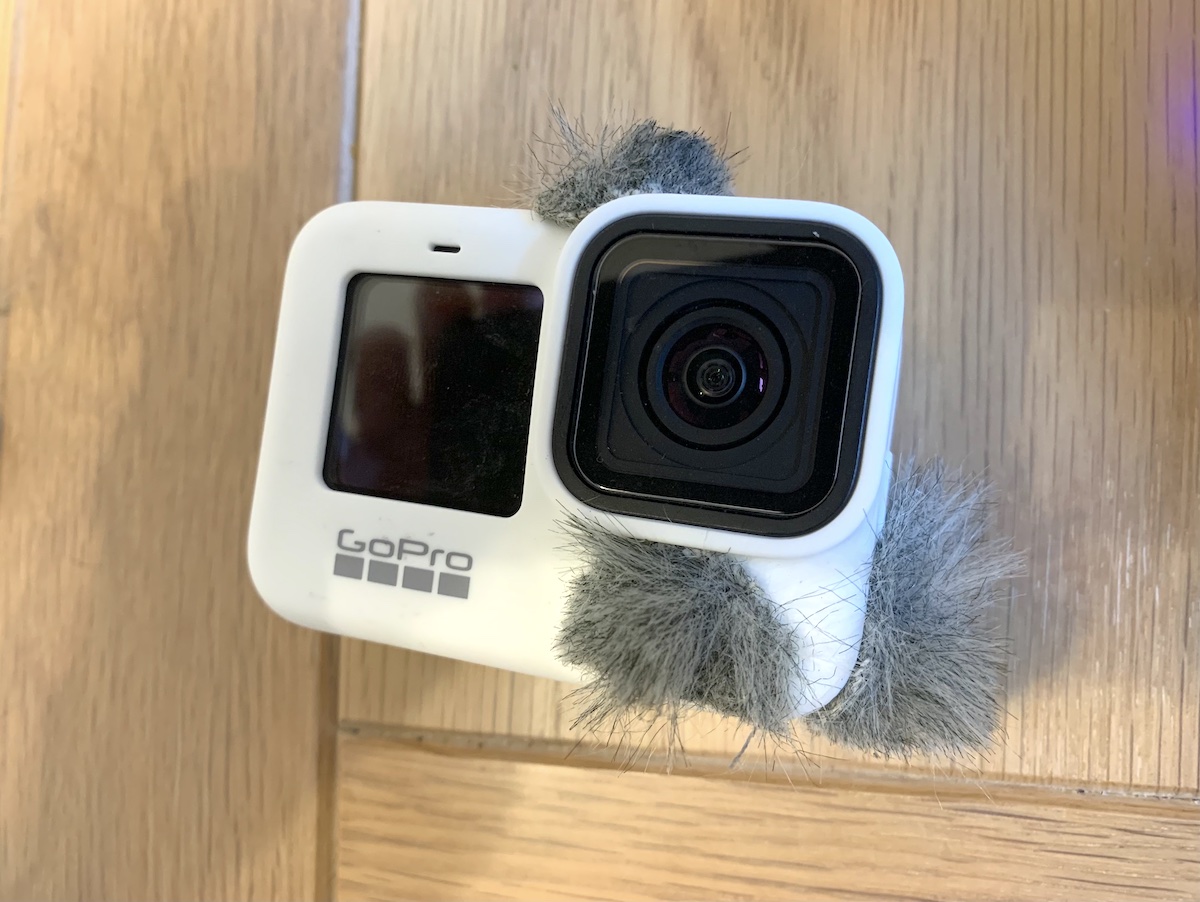 Simon Wyndham's sewn in wind jammers. A Heath Robinson approach, but it works!

If the in-built microphone isn’t cutting it, there are plenty of external options out there on the market now. You can purchase a USB adaptor for cameras like the Insta 360 and there are even frames for cameras like the ONE X2 that can allow for the Rode Go Mic receiver to be attached, without actually being seen by the 360 camera. Pretty smart, eh?

Rode microphones have been brilliant for me personally. I can certainly vouch for something like that Rode VideoMicro – it’s very small and low-profile, making it perfect for mounting onto a small action camera rig. The quality of this thing is exceptional, when compared with the in-built mic from my GoPro Hero Black 7. The only downside of most external mics like this is that yes, it will increase the size of the rig and begin to take away from the “small and compact” selling point of action cameras.

That’s partly why I just purchased the Rode Wireless Go II. Thanks to the wirelessness of the thing (the clue is in the name), it’s perfect for improving your action camera audio. I love how small and low profile it is, the clip ‘n’ go design, the 200m range and the fact you can record two different audio sources at the same time. Even when exposed to a fair amount of wind noise on my bike, the audio is fantastic. Big fan. 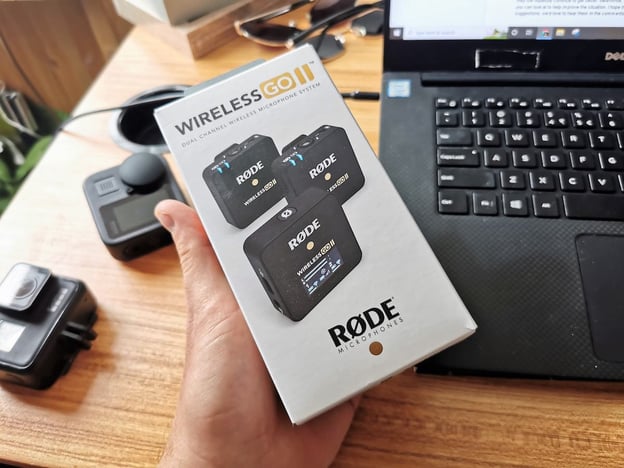 Look, this is the last thing you want to hear on any shoot, but as a last resort there are certain things that can be done in the edit to help improve your action camera audio. For example, you could add on a simple “denoise” filter in Premiere Pro, Final Cut and the likes to see if that helps clear up some of the wind or whatever else is making your action camera audio sound a bit off. We won’t go too deep here, but going further, you could look at adding in low pass and high pass filters and a range of other things that might polish it up a bit.

So, in conclusion, your action camera audio doesn’t have to remain crappy. To start with, the latest releases are coming on leaps and bounds when compared with their predecessors and they will hopefully continue to get better. Meanwhile, there are plenty of tweaks and accessories you can look at to help improve the situation. I hope this helped! If you have any other suggestions, we’d love to hear them in the comments below.