How can we ensure we bring truth to documentary? 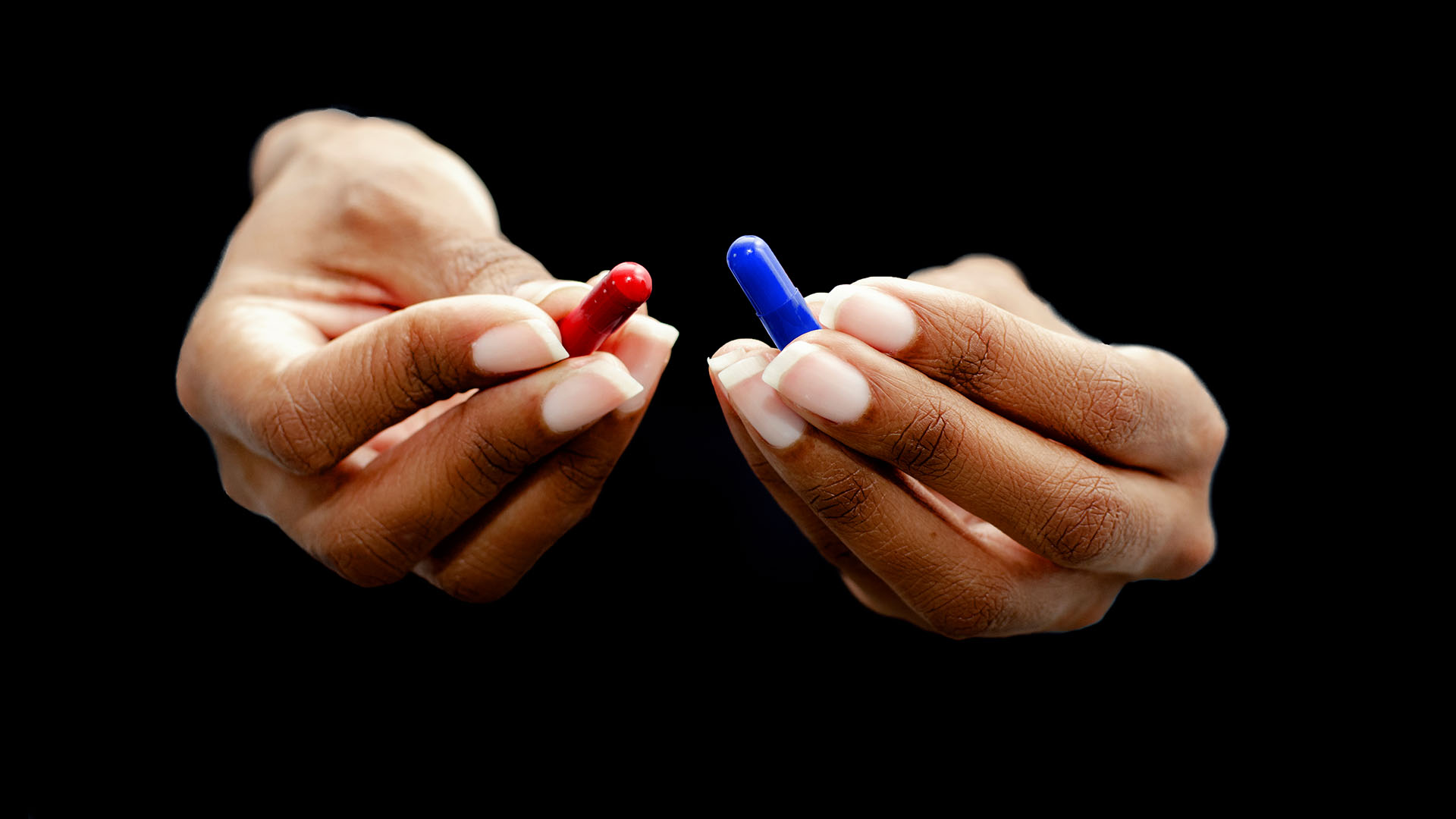 If you want your documentary to be authentic, what steps do you have to take to avoid it being dismissed as "fake news"?

I'm planning to make a documentary that will follow a book I'm currently writing. I haven't made one before, so I'm ensuring that I'm working with people who really know what they're doing.

But I'm certainly no stranger to documentaries. We all have favourites. Mine is "The Chips Are Down" - a BBC Horizon program from 1978 about the microprocessor revolution. I'm a sucker for any documentary that starts with the words "You're going to see something absolutely amazing".

The BBC documentary certainly didn't disappoint. For the first time, it made me realise that computers would change our lives and that computers weren't just for giant corporations who could afford mainframes. In some ways, certainly in the UK, the episode triggered its own revolution through awareness of the miniature technology.

That was made in a different era. Then, there was less polarisation, and there was still a "middle ground". Social media wasn't even a theory, and if you wanted to make a documentary to show to millions, you needed more than a smartphone and YouTube.  In fact, you needed a hefty budget because you had to shoot on film.

The question of whether a thousand-fold decline in the cost of video production (and distribution) has contributed to an increasingly fragmented view of what constitutes "truth" is for others to decide and beyond the scope of what I want to say here. I just want to talk about some stuff that should be obvious, but, increasingly, it seems, isn't.

The nature of truth

One thing that definitely isn't obvious is the nature of truth itself. We all think we know what we mean by "truth". But it's actually rather difficult to define the concept of truth itself. It's made even harder when people confuse what they believe with what is true.

There's nothing wrong with making a documentary about what you believe. I believe that Stevie Wonder is the greatest songwriter and musician of the last 100 years. The point is that if you really like something, then no one can point to a universal source of truth to demonstrate that you don't like it.

Sometimes beliefs become "truths". For ninety years, it was a commonly held belief that Mars had canals. The origin of this inaccurate opinion dates from 1877, when, according to Encyclopedia Britannica, Giovanni Virginion Schiaparelli, an Italian astronomer, reported seeing "canali" (meaning "channels" in Italian") on the surface of the red planet.  For the best part of a century, canals on mars were a settled fact in most people's minds.

But it wasn't a very good one. The lines seen from the earthbound telescopes of the day were so faint that they were barely discernible, and there was a very good reason why:  they didn't exist. Soon after 1965, when the US launched the first of the Mariner probes, we had access for the first time to photos of mars' surface, which made it quite clear that there were no canals. This is a sobering illustration of how a singular lack of detail coupled with a good story can turn into a quite convincing and widely feted "truth".

So does this mean that all truth is all relative and hence not really true in any solid way? No, fortunately, it doesn't. It just calls for a better understanding of concepts around truth.

The distinction between belief and truth

First, the distinction between belief and truth. Believing something doesn't make it true. I could believe with all my strength that there is a pink elephant sitting next to me at my desk. Quite obviously, that doesn't make it true. In fact, the only true thing that could emerge from that belief is that I'm hallucinating.

So should we dismiss all beliefs as being unfounded? No, because some beliefs can be justified. If there's water running down my face, then it's reasonable to believe that it's raining. Would that make it true? Forgive me for being hyper pedantic here, but no. In this instance, I would be justified in my belief - because I'm getting wet - but even that isn't enough to make it true, even though it probably is. The reason it's not definitive is that I might be unwittingly on a film set - like in The Truman Show.

Maybe I've been drugged and moved, without my knowledge, so a totally artificial scene where the "rain" is coming from a hidden shower head.

Remember, if all of this sounds ridiculous, I'm just making a point, which is that "belief" is not all it's cracked to be.

So, please accept this as a warning that when an "expert" or any interviewee in a documentary says "I believe this is true", you should treat such statements with due caution. Always ask for the basis for their beliefs.

Just to complete this topic, people tend to use the term "knowledge" in the same loose way that they talk about belief. If you say you know something, it sounds a stronger statement than saying you believe it. I think that's because "knowledge" sounds like it has a less tenuous relationship with "truth" than "belief".

The questions around the nature of knowledge and belief have their own area of study in philosophy. It's called "Epistemology" from the Greek word for "knowledge": "Episteme". And it's' very helpful here.

One widely accepted definition of knowledge is that it's "True, justified belief".  Those three elements are essential to being able to claim that you "know" something. Even if you believe in something, and even if you are somehow justified in thinking it, it still doesn't make it necessarily true.

None of which gets us much closer to the definition of truth itself. And there are several co-existing but non-contradictory definitions.

There's "truth by naming".  My parents called me "David". There's no way to dispute that. There's no need to plumb the depths of an opaque set of arguments: that's just my name.  Get over it!

The names of the days of the week are true by naming. If it's the day after Monday, nobody would reasonably claim that it's Wednesday. These are things that you're not born knowing. You learn them, but you don't learn them through having to conduct a survey or experiment.

And then some things are simply true by nature of what they are. Anyone claiming to have invented a four-sided triangle would get short shrift from a panel of investors.

Finally there are things that couldn't be anything other than true, ever. These are indeed facts, but they're less useful than you'd think, because they never tell us anything. Here's an example: "Either it's raining or it's not raining".  Can you imagine any possible world in which that's not always true? No. But it's mostly useless (except in the field of Formal Logic, where it's called a "tautology"), because it can never be false.

And that brings us to scientific truth.

Creationists are quick to dismiss Evolution as a "theory".  Evolutionists - that's most scientists and other experts in relevant fields - tell us that there is more high-quality evidence for some variety of evolution than for almost any other phenomenon that is the subject of scientific explanation.  Unless something is a tautology or true by definition, then it has the status of a theory. A scientific theory doesn't mean "not proven yet": instead, it can mean "a scientific claim that has empirical data to support it". But it's still a theory - just a very well evidenced one. Why isn't it just "true"? Because science is an open and self-correcting discipline.  Proving theories wrong is what moves science forward. The harder it is to prove a scientific mistake, the more likely it is to be "true".

That's all very well when we are talking about verifiable claims; things that can be clearly shown to be true or false. Some things are not verifiable. For example, claims about religion and art are typically not. Don't ask me: read Conjectures and Refutations by Karl Popper. It's an important work that puts in place the very foundation of scientific principles.

Understanding what is meant by "truth" will put you in a strong position when you're putting a point across in a documentary. It's imperative to understand the distinctions I mentioned above to protect you against claims that you're not telling the truth or that you're manipulating it. My advice would always be to tell the truth and be able to back up your claims.

Ultimately you need to decide what is the purpose of your documentary and what is your approach. Are you campaigning? Are you explaining something? Are you investigating why some people think this and others think that?

Above all, be authentic. What does "authentic" mean? Be honest. Tell the story as you see it and be reasonable in your claims. Make sure you can back up anything you claim as true. Be initially wary of sources - and especially verify contributors' qualifications, expertise and experience. If you're not sure, get another reasonable opinion.

Try to foresee objections and misunderstandings. Look out for ways in which opponents might try to undermine you. Explain things as simply as you can while maintaining accuracy. If you get it right, you might change the world a little bit.