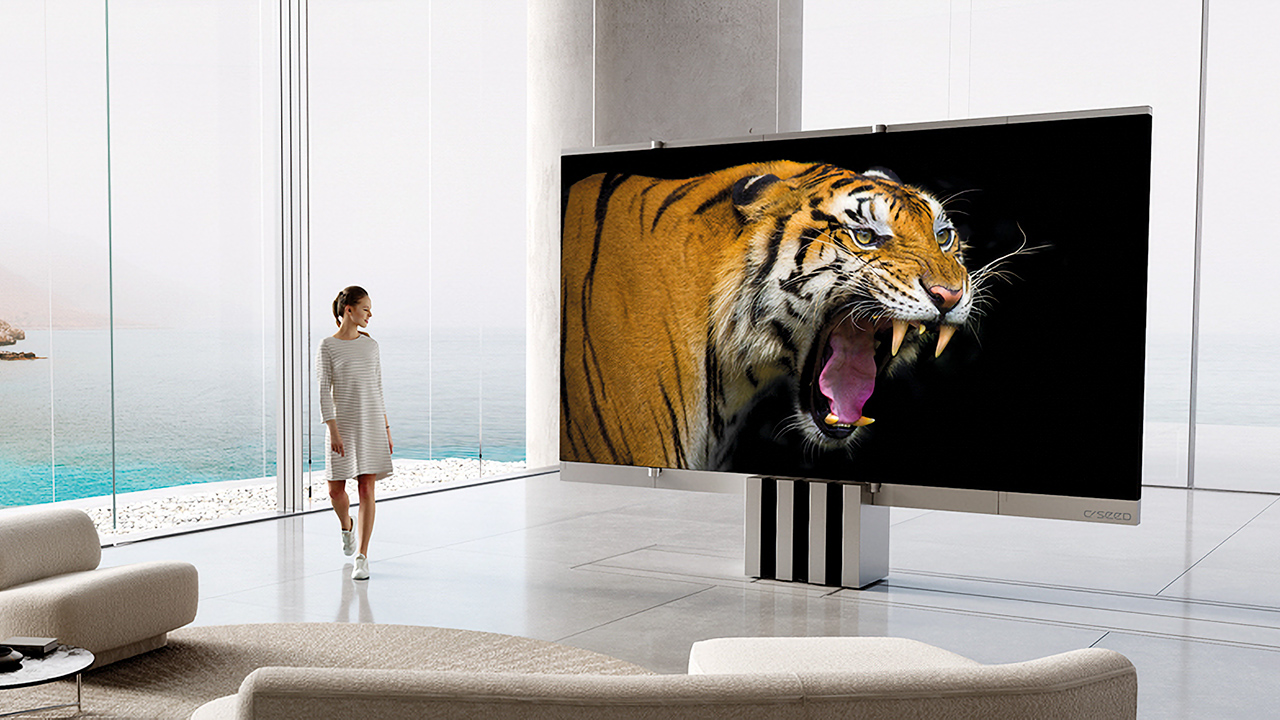 C-Seed has created what we think is the priciest home television set we've seen yet, the M1. What's special about it? It folds into the floor.

C-Seed is an Australian electronics manufacturer that specialises in all sorts of displays. With some people apparently not liking the sight of a television within a room the company has decided to tackle the problem head on with a 165" TV that folds into the floor.

It's called the M1, and although the fact that it folds in sections into the floor is like some sort of 1960s Bond villain's wet dream it does in fact contain some pretty high tech specs. For starters it's a 4K microLED screen that is capable of pure black and HDR display. MicroLED is of course not exactly mainstream in home TVs just yet. The screen itself is split into sections rather than physically folding like a Galaxy smartphone. This method creates the risk of small gaps where each screen separates. However the company claims that its Adaptive Gap Calibration System can hide any potential gaps by adapting the brightness of the closest LEDs to make the screen appear seamless.

Ultimately it is a bit of a gimmick. There's only a handful of people with the sort of floor to take such a beast, and I can't say I'm convinced about the idea of viewing HDR in the all glass demo room in the promo video. Still, it's a statement piece as much as anything else and at $400,000 it's doubtful you'll be seeing this for sale in Walmart.

If the price tag hasn't put you off and you fancy making a big hole in your floor, behold the unfolding action below!