How 360 cameras won me over in The Himalayas 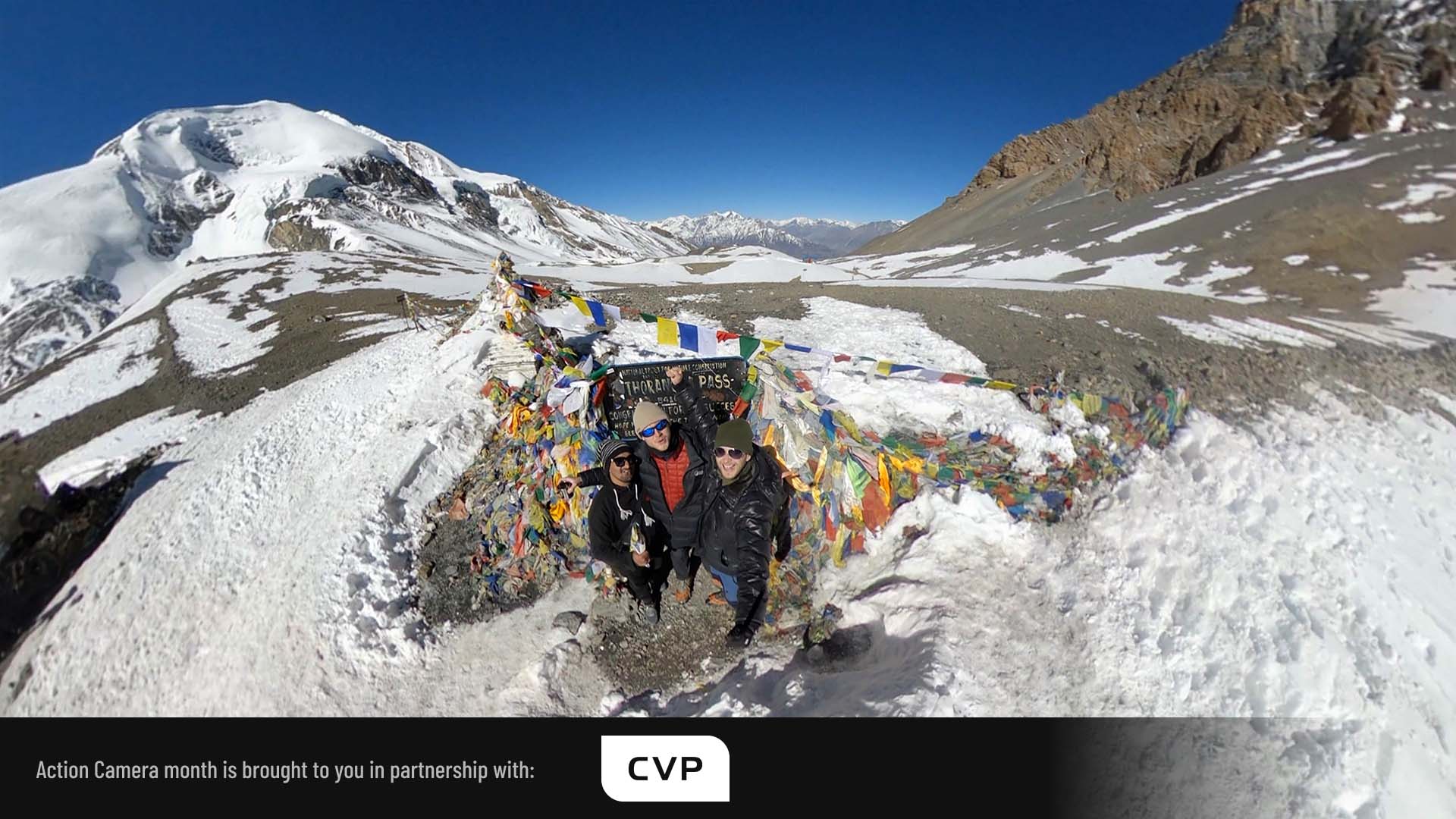 I used to think 360 cameras were a gimmick. Now, after 3 weeks around the Annapurna Circuit, it’s one of the first things in my bag.

Hands up – a few years ago, who dismissed 360 cameras as a gimmick? I’m raising both hands (somehow typing this simultaneously). Guilty as charged.

In the earlier days when every half-decent YouTuber was walking around New York, asking me to swipe the screen on my phone to “look around”, I thought it was cool and mildly interesting but…what was the point? How was this going to serve me as a travel documentary filmmaker? It didn’t fit into what I wanted to do. So I filed the whole idea away as “not useful” and “gimmicky”. Thanks, but no thanks.

With the YouTube algorithm seemingly knowing me better than myself, I began falling down the rabbit hole of outdoor hiking and bikepacking videos throughout the course of the pandemic. “Wouldn’t mind trying that myself, actually”. One thing led to another and, with the world opening back up, I found myself on a flight to Nepal with a GoPro Max in hand. Let’s give this a go, I thought. 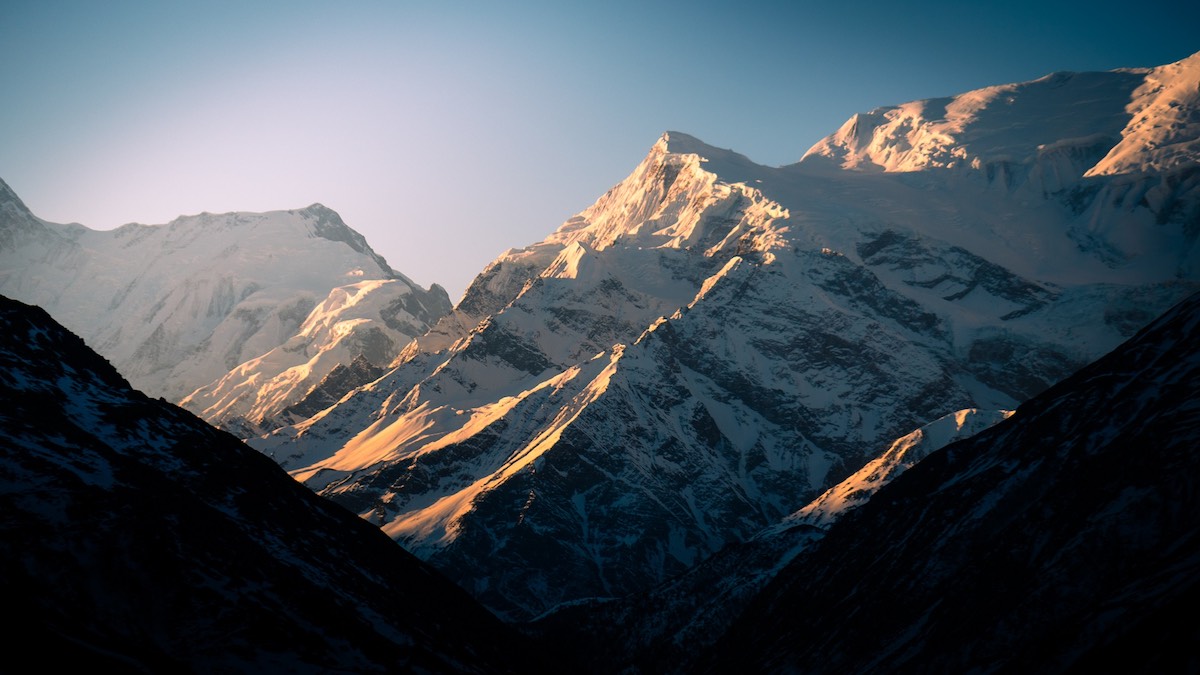 Ironically, what I’ve come to love about my GoPro Max is that yes, it adds something different to my sequences. On the streets of Kathmandu for example, I wanted to capture the craziness and the buzz of so many people crammed into impossibly small urban canyons. Usually, when I shoot a cinematic sequence like this, I’m choosing all the angles and the frame. I show my audience only what I want them to see, which means a lot of work in movement and lens swapping, capturing all of the different elements. Take, for example, a recent shoot at a market in Indonesia: 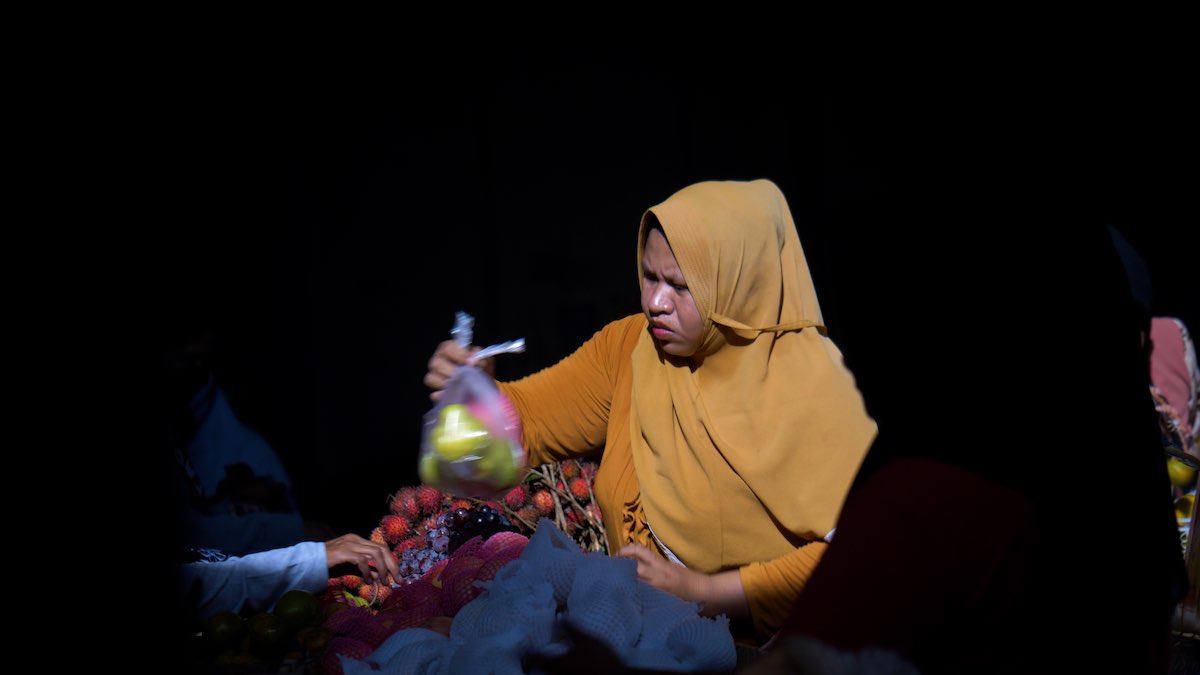 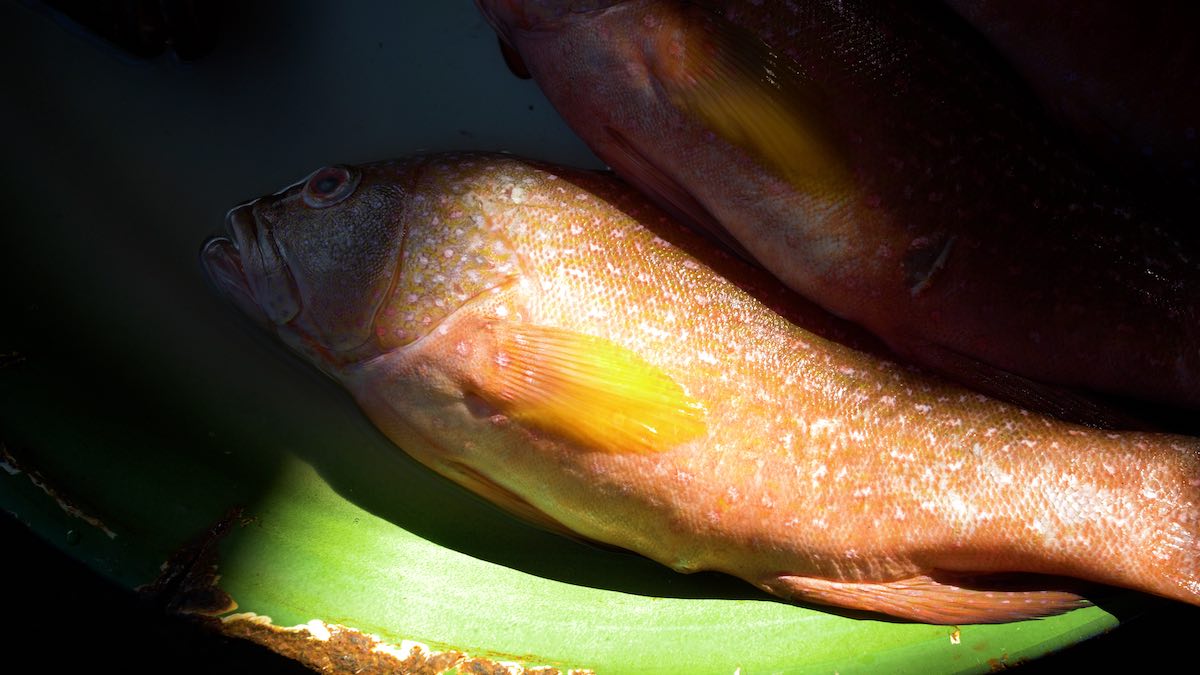 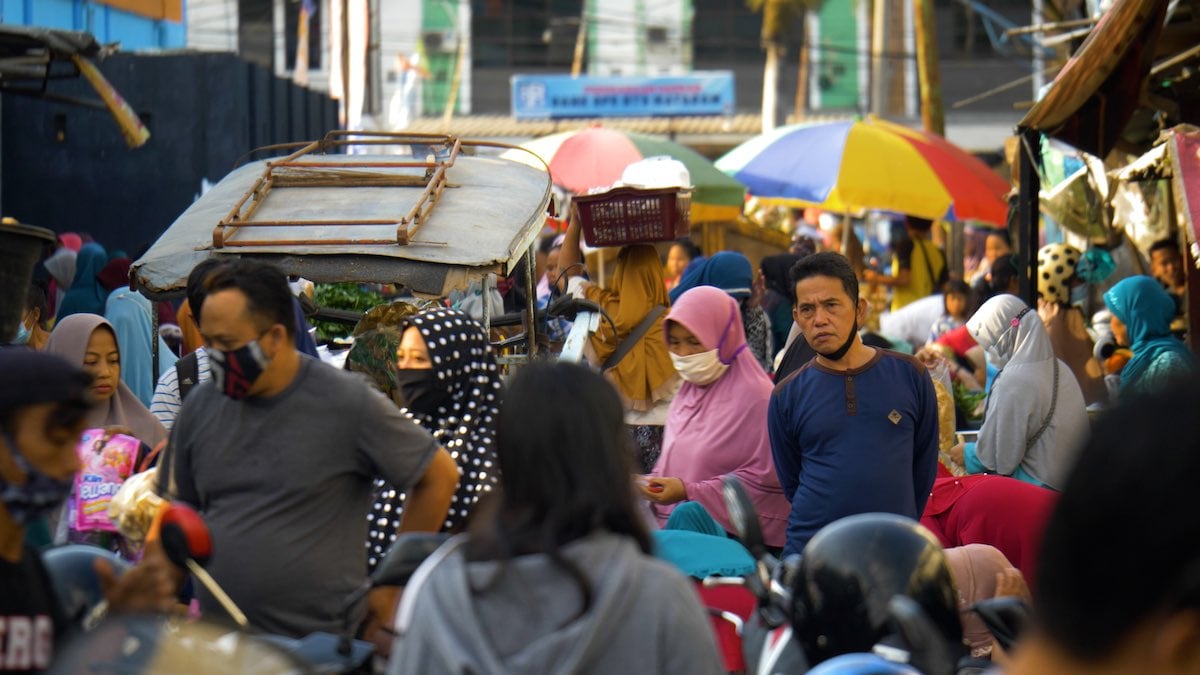 What I loved about the 360 camera was that suddenly, my audience can see it all in one go. I found that just by shooting clips of me walking through the streets, I was able to transport viewers to that environment, giving them a very “raw and real” look at what it’s like to walk through Kathmandu. You can see and feel the chaos. 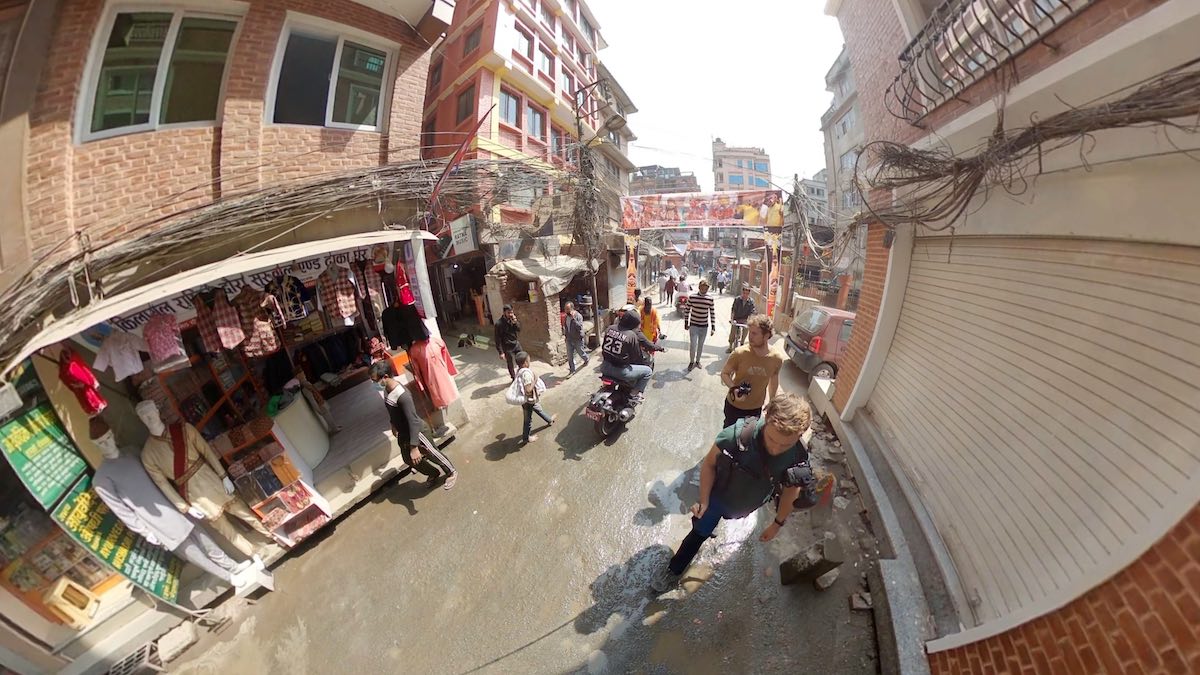 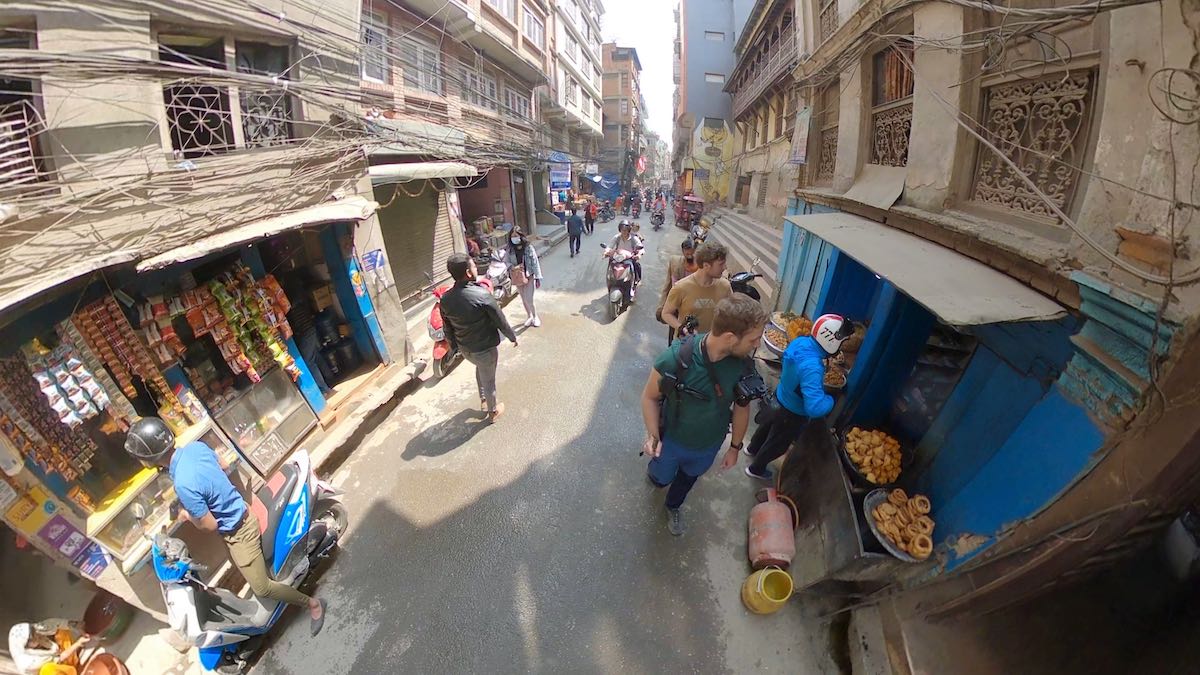 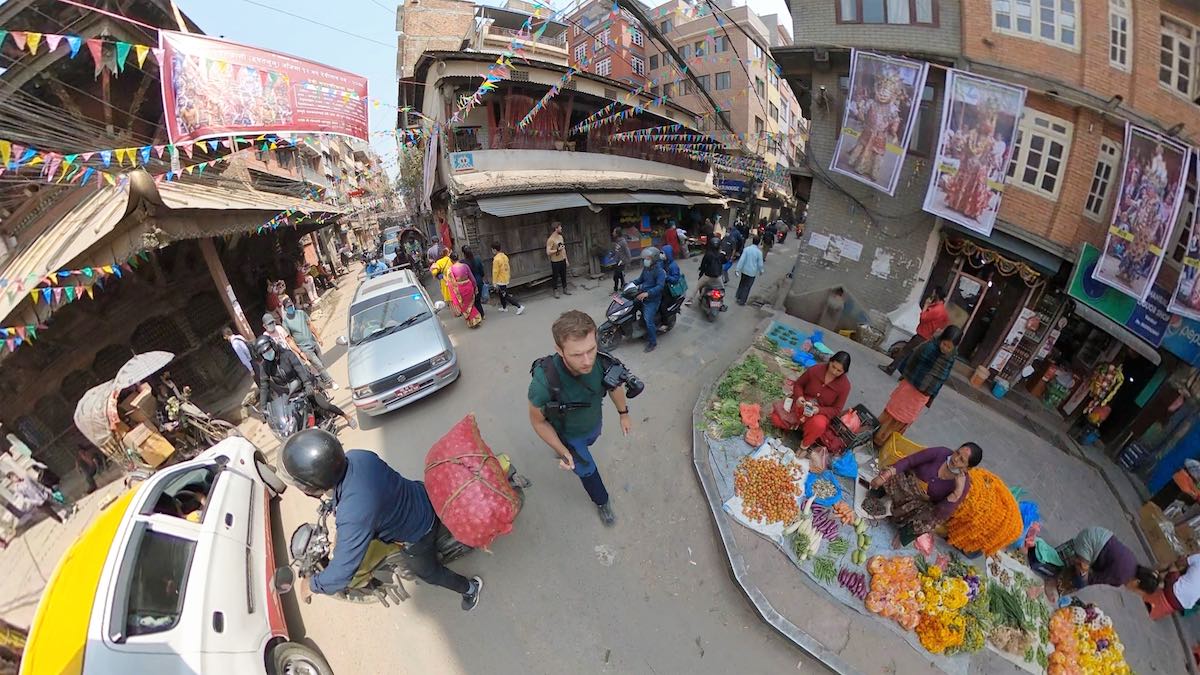 This proved even more useful when tackling the Annapurna circuit. My style of shooting is often quite "run and gun", so to have one camera where you simply press record and then it captures a whole scene that you're walking through was great! 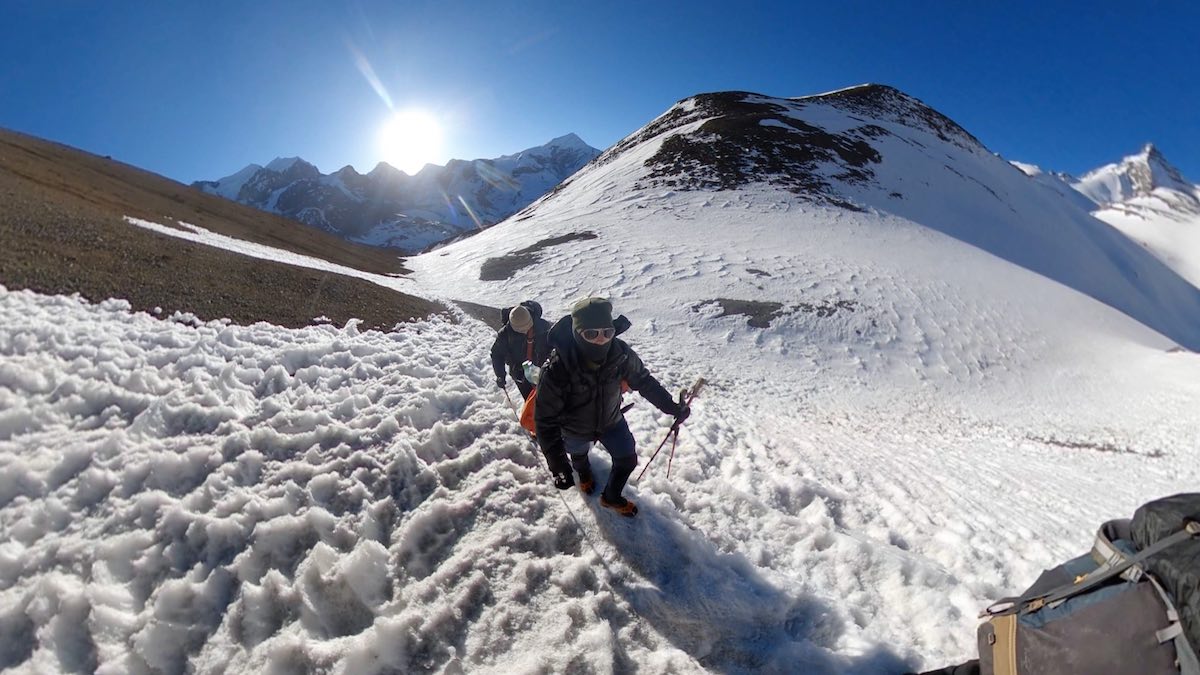 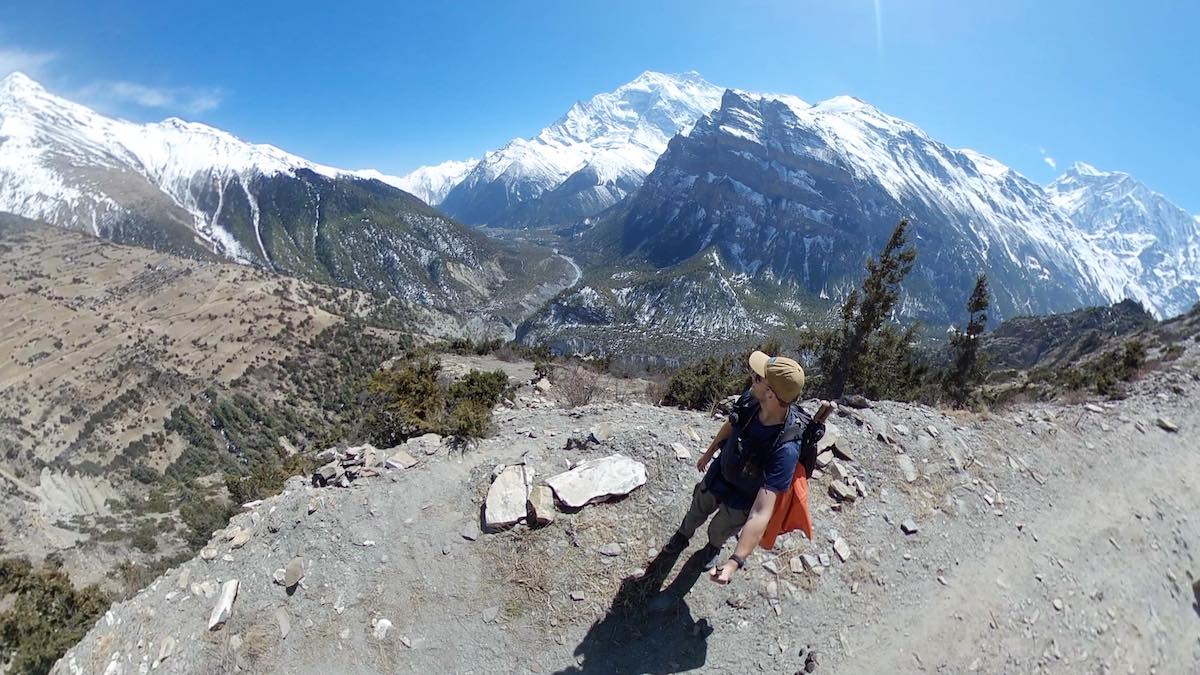 Previously, if I wanted to put a similar sequence together – one where I walked through the frame – I would've had to set the camera down, walk into shot, turn around, walk back, pick up the camera, continue walking, shoot some other pieces of B-roll such as the mountains...you get the idea. It’s not always the easiest thing to do repeatedly while on a 30km hike.

Now, all of this is not to say that I no longer shoot with my main camera (a Panasonic GH5). I still capture the cinematic shots and the B-roll that adds so much to my films (as seen in the Indonesian market). It’s just that the 360 camera element has given me something different to play with and freshened things up substantially. It’s another layer of visual storytelling that nicely streamlines a few things – you really need that when you’re shooting an expedition like this, trying to keep your bag light and conserve energy.

They say that when you’re walking amongst the tallest mountains in the world, you will often have moments of clarity and awe that strike you. Here I was, having an epiphany about 360 cameras. Suddenly, this was the first piece of gear I’d be packing for any future hikes and adventures…

Having waxed lyrical about 360 cameras, there are of course plenty of flaws and things that I feel need major improvement. They are far from perfect.

For the GoPro Max, at least, having these large protruding pieces of glass either side is a small nightmare. As I said, I’m quite “run and gun” and my gear gets battered. The smallest scratch on these lenses can look quite bad on your footage and to me, given that these are supposed to be rugged, use-and-abuse action cameras, that felt strange. I found myself having to be far too careful with it. Can they do something with the next one to ensure I can chuck it around? 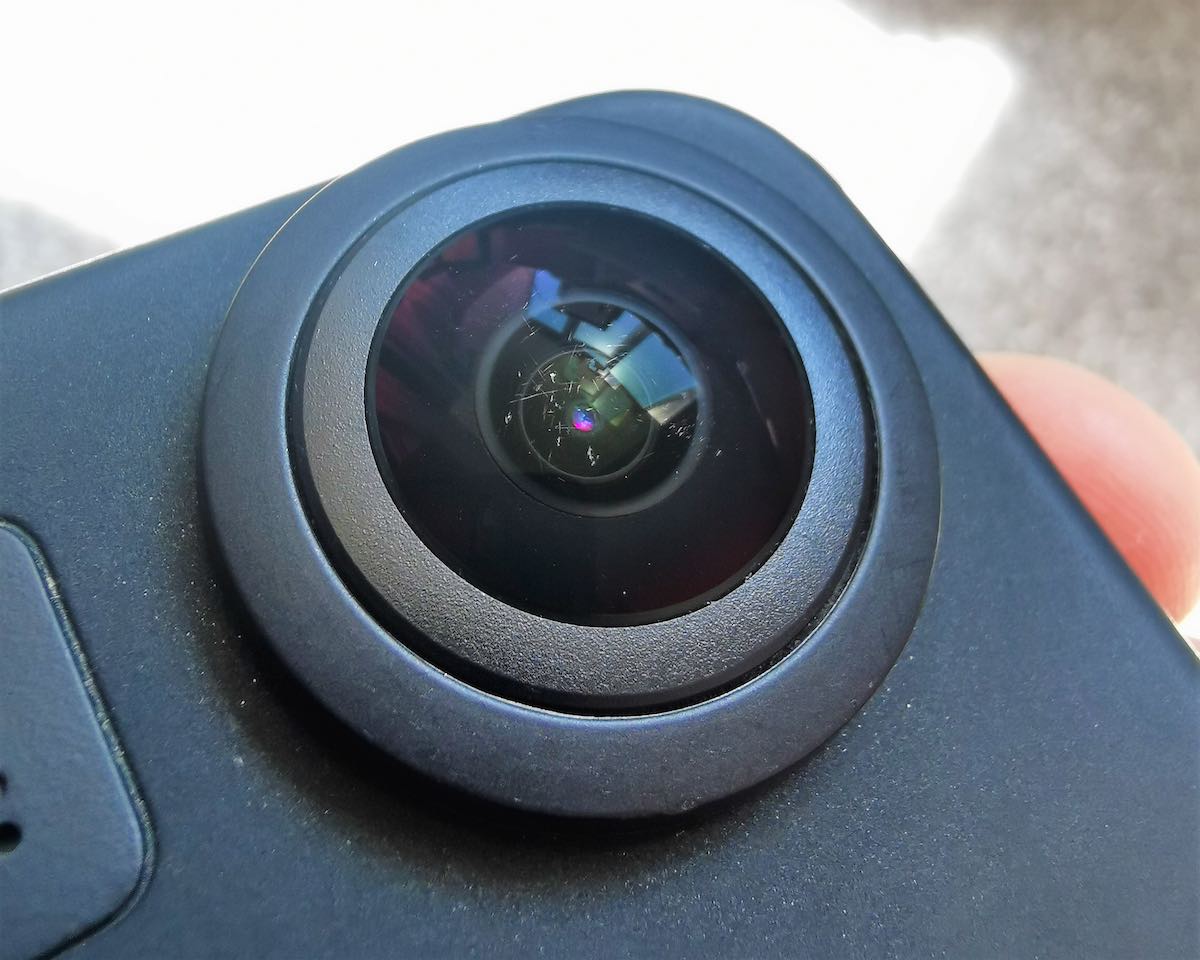 360 lenses are prone to scratches.

I’m confident this can improve over time. It’s not really that bad right now and if your audience understands the context of filming with a 360 camera, I’m sure it barely matters. But as a perfectionist, I would like to see the stitch lines on the GoPro Max footage improve.

I found that audio was, in a word, rubbish. Because I’m holding the camera 2 meters away from me, it’s hard to pick up what I was saying. Next time I shoot something of this nature, I’ll be using a lav mic. I do a lot of pieces to the camera (aka “vlogging”) and this can’t replace my Sony ZV-1.

Quality is not amazing

The actual image quality has some way to go. At times I found it to be quite mushy and almost disappointing. I do love its uses, but I’m not sure I’d rest the whole weight of my film on this one camera just yet. And as for filming underwater with this particular camera? It’s an absolute no-go. Don’t waste your time.

So, there’s the story of how I ended up coming to love 360 cameras. As someone who never thought they would, take it from me…they’re worth a try. They’re far from perfect and yes, they are a little niche, but there’s a lot of potential too. It’s given me something new to work with in the edit and I won’t be leaving home without one from this point on.

The great news is that they’re only going to get better over the next few years. I’m looking forward to seeing what I can do with those future releases.