Hollyland Mars 4K reviewed: "another product that others are going to scramble to compete with." 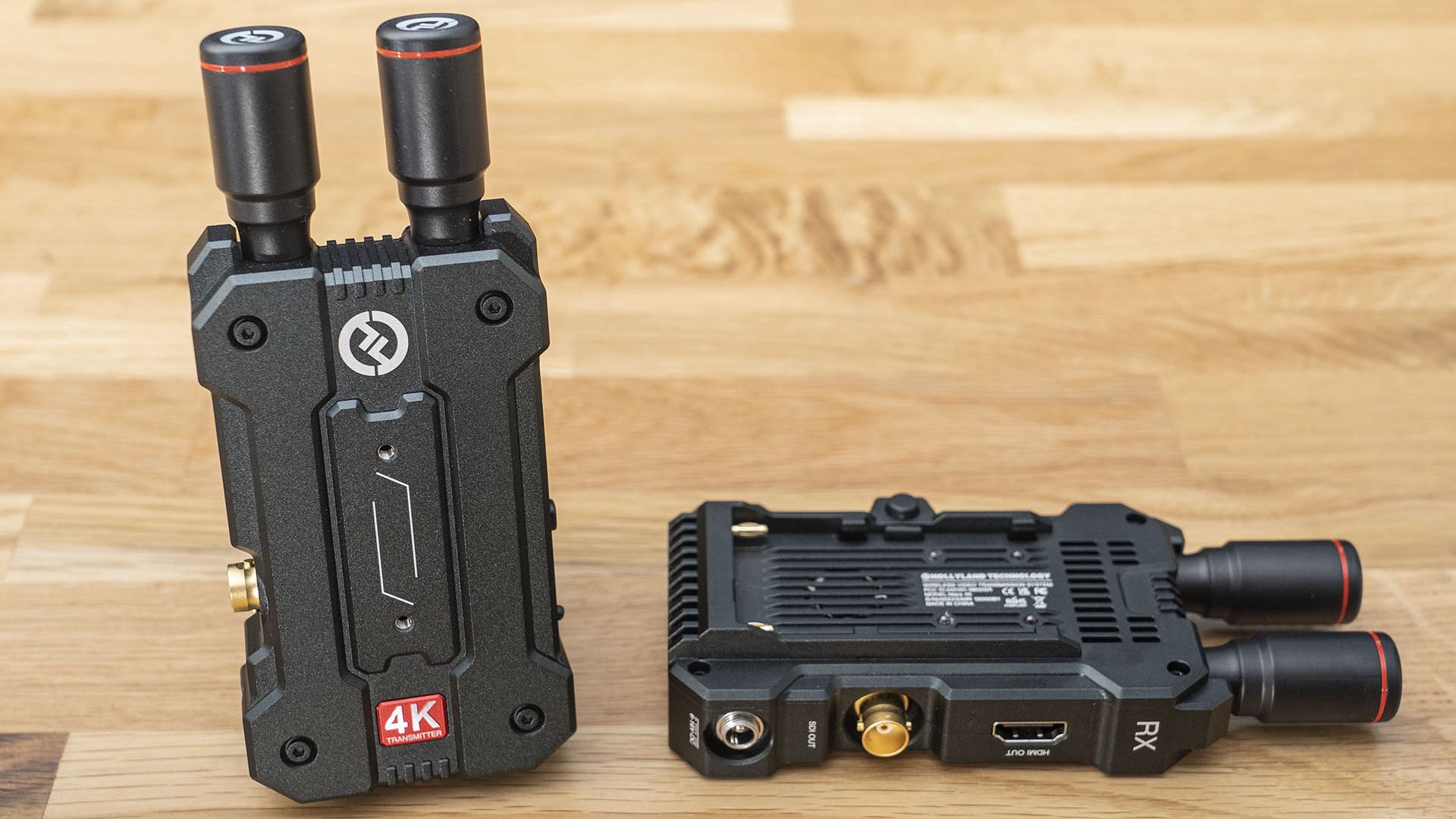 Hollyland has joined the wireless 4K link arena with its newly announced TX/RX pair. Retailing at a sub £600 pricepoint can it compete with other products at a higher price?

Powered by a Sony Type NP-F type battery, via the included DC power adapter or via USB-C, the Hollyland Mars 4K pair have all the bases covered given their size. Although if you want a DC power supply to D-Tap to barrel plug cable that’s an optional extra.

These units are designed to be mounted either via the 1/4” thread in the base or with the included screw in mount to the side, it’s just a pity that only one of these mounts is included in the box. Along with the mount you also get a USB-C to A on the go adapter, presumably for firmware updates.

These rugged little units use short aerials, a little longer than those on the companion Mars M1 5.5in monitor. It’s also good to see that, as with previous products, Hollyland includes a spare in the box. The receiver weighs in at 240g and the transmitter is 244g, both with the aerials but no battery.

Connection-wise you get a single HDMI and SDI socket on both units, the SDI is recessed but the HDMI is not, a sensible decision given the variety of sizes of HDMI plugs available.

The menu is adjusted with the simple 2-way joystick and the colour LCD shows clearly the limited icons and options available. There’s no need for something more complex. You can easily pair units and adjust the encoding bias for speed or quality or balance the data rate ranges from 8 to 20Mbps, with 12 being the default. If you need to re-pair devices this takes around 10 seconds, I’ve done this a number of times and it never failed to find a free channel. You also have the ability to change the display language and to view the network information and password.

Living up to the hype?

On start up it does take around 25 seconds for the link to be established, this was a little unsettling at first as I thought I might not have connected things up correctly. The input signal is detected first followed by the channel allocation. As for supported formats you can get 4K at up to 29.97 and1080p at up to 59.97.

Using the menu you can also silence the very small fan if required, although it’s pretty quiet, it draws air in from the battery plate. I was initially concerned to see this, although in testing I managed to get 3.5 hrs of run time in an ambient temperature of 21℃ before my 960 type battery died, so no need to worry there; the fully metal construction also acting as a heatsink.

As for range, I got 155m running these in the open air in a suburban park setting. It’s good to see that even slightly compromised I could achieve the manufacturer’s specifications and they certainly weren’t lab conditions.

Hollyland claims a latency of 60ms and I’m happy to report that this is by and large accurate with a delay of 4 frames at 1080p60 over HDMI, so 66.66ms. The 4K figure might be different but I couldn’t test that with a degree of accuracy down to the limit of the supported 4K frame rate. Both the range and latency tests were run using the default balanced setting.

When I switched to using the HollyView app the latency was mostly the same, although I did see the occasional slip to 83ms. As for range, this dropped considerably; even with a single smart device I couldn’t get more than about 40m away, especially in a crowded RF environment.

The benefit of using the app though is that up to 4 such devices are supported for simultaneous remote viewing and remote recording and screen grabs are also possible. There are a suite of other tools available too, like those found on most monitors, you even get a movable magnify window and there is an icon to enable a 3D LUT. However, selecting it made little difference and there was certainly no way of choosing a recognisable LUT file; maybe this is something that will be enabled in the future I did notice that the HollyView app placed a 3D LUT folder on my phone when installing.

These are rugged little units, built for production work, I even managed to drop one onto grass from about 1.6m when it was mounted on my camera but it survived no problem. The aerials could have been vulnerable but they are protected on two sides by small metal buttresses.

These are impressive, aimed at the lower end of the market with a balance of affordability and performance. I’m not sure what else they could offer —  another mount in the box perhaps but that’s about it. Hollyland has made another product that others are going to scramble to compete with.