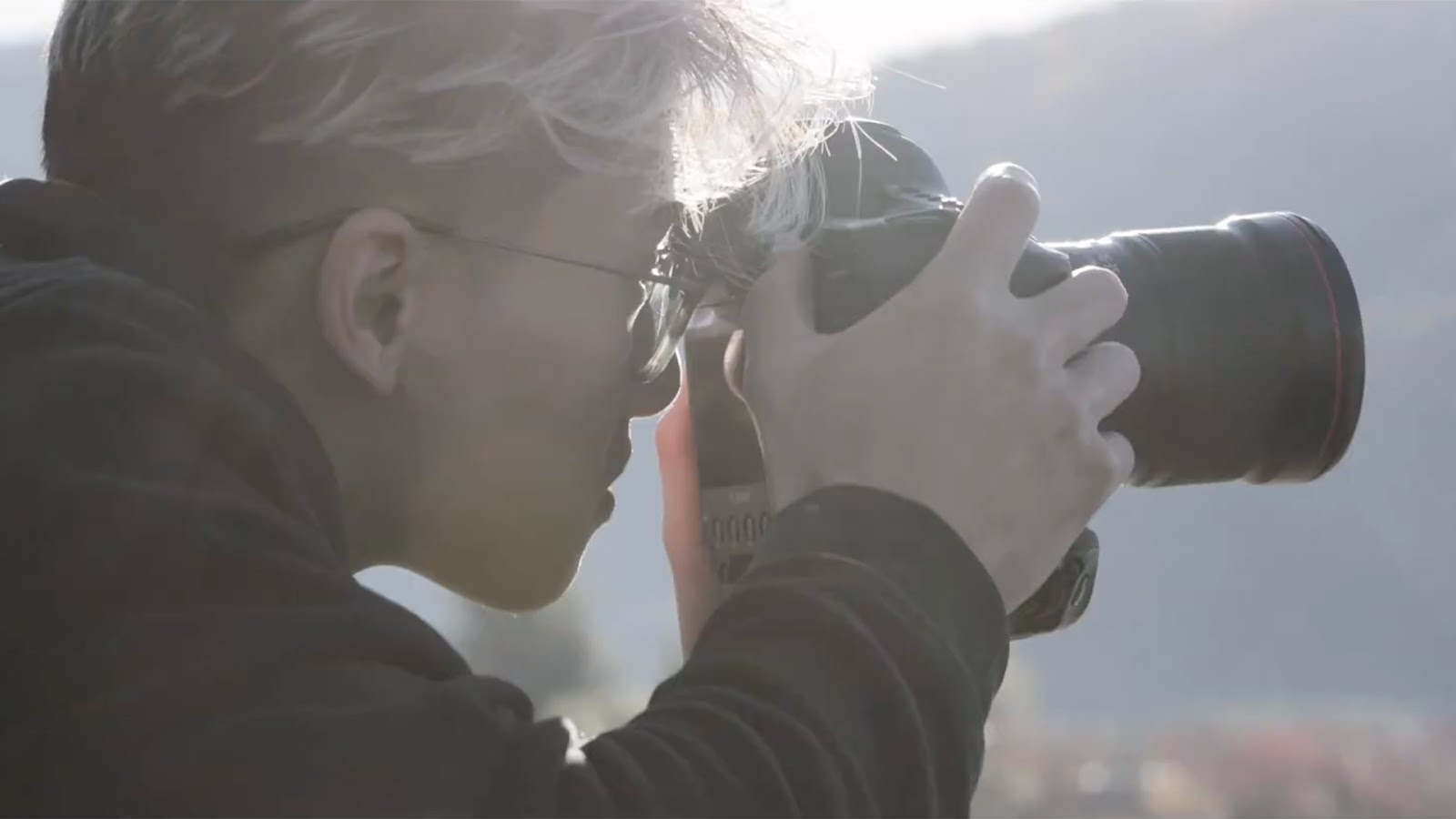 When you’re travelling the world filming unmissable footage, you’d better be sure that your storage system is up to the task. We caught up with creator Keenan Lam, to find how he makes his video shoots tick.

Keenan Lam is one of a new generation of filmmakers who has made the online world his home. With an eye for dramatic visuals, Lam makes the crossover between stills photographer and travel filmmaker seamlessly. With a list of clients that range from Panasonic to the BBC he is quickly earning a name for himself in what many would describe as being a very crowded field, and he’s doing it at breakneck speed.

Keenan is a self taught filmmaker mainly specialising in the travel and lifestyle industry and sports. He currently works with a variety of tourist boards, creating content for them, as well as producing high quality brand based content for well known manufacturers. He’s also a part of UK Shooters, a creative community which hosts events across the UK targeted at people at any skill level to have fun, create content, and meet new creatives.

He has a very dramatic shooting style, both for his stills and his moving images, utilising seamless transitions and an unfussy editing style combined with deft use of sound to make his imagery evocative without being distracting. But his rise hasn’t been an easy one, and it wasn’t even his first choice of career.

“The first videos I remember being interested in were stop motion videos on YouTube and I wanted to figure out how to do that. Eventually I got into making tutorials, but it fell off a bit while I was at school and studying. I took a gap year after 6th form when I was meant to be taking another set of exams to get into university. But instead I went travelling and I bought myself a Sony A7S and a whole bunch of manual lenses, because I didn’t have any more money for auto lenses!

Keenan has travelled across the world in pursuit of his passion, seen here in Japan.

In 2018 I went on a trip to Iceland and we reached out to tons of brands in Iceland and offered them video content in return for things like a hotel room or a snowmobile ride. The work that resulted from that was insane! We were just constantly working and editing! But it was such a good learning curve.

Later my friend Luke (@watchluke) was doing some work for a major brand and he was asked if he knew anyone who could cover an event, and he suggested me. From there I decided that I wanted to take this full time. The months following that were pretty tough, spending tons of time reaching out to people and doing videos for free. But then it started picking up slowly and I became involved in UK Shooters, producing online social media content for them. Then things really started taking off from connections within UK Shooters. My content started getting better and then brands started finding me both from UK Shooters and my social media channels. But it was a rocky road with lots of ups and downs!”

Keenan’s kit is designed to give portability as well as producing cinema quality images.

“I film the majority of stuff on my Blackmagic Pocket Cinema Camera 4K, but I also have a LUMIX S5 and a Sony A7SIII. I generally shoot to 256GB CFast 2 cards. Usually that’s enough for when I’m not shooting slow motion, but a lot of the time I’m also shooting to SSDs as well as to SD cards when I’m running out of space, or when the camera demands it.” 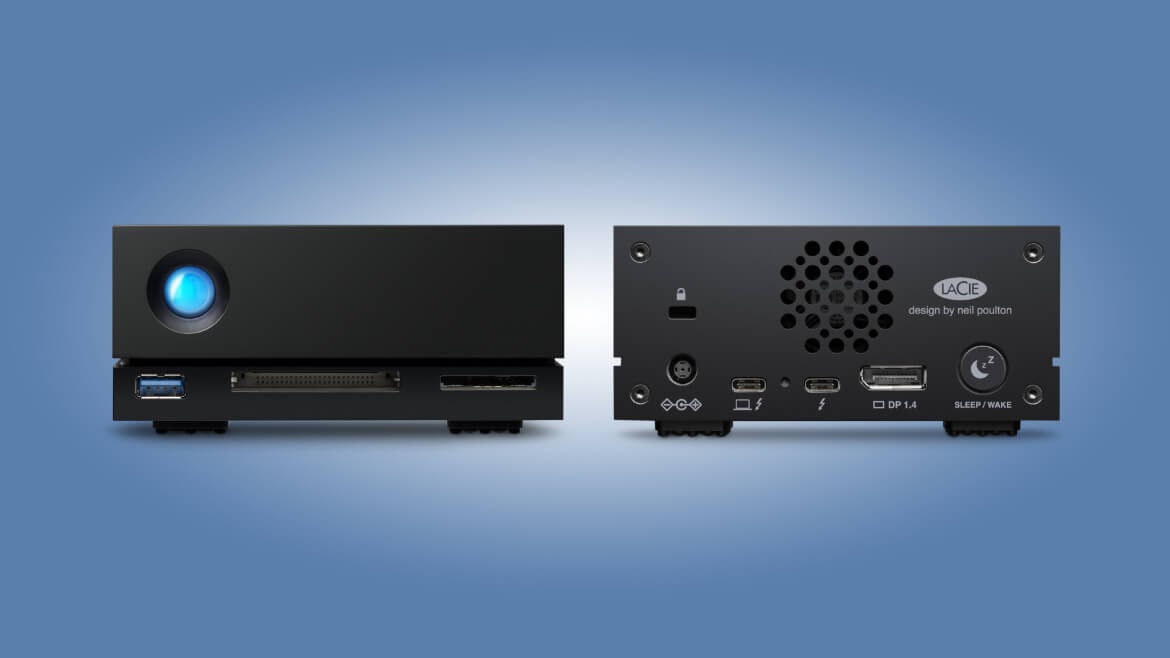 The LaCie 1big Dock series of drives speeds up workflows with its built in card readers. Image: LaCie.

High resolution cameras like this can have high demands on storage as well as data management, particularly if you are mixing footage and stills from a combination of devices. After a long day’s filming the last thing anyone needs is to have to wait long periods of time for footage to transfer to a drive, or risk muddling up their camera cards. It’s here that ultra-fast SSDs with built in card readers come into their own. LaCie’s 1big Dock series of drives are ideal for this purpose, and it comes in two versions to suit different budgets. The 1big Dock, which features SD and Compact Flash card slots, while the 1big Dock SSD Pro features SD, CFexpress and CFast 2.0 slots.

Keenan told us, “Usually I’ll bring all the storage I need for the days that I’m shooting. When I get back from the shoot and my cards are full I have a LaCie 1big Dock SSD Pro drive that I can plug my cards into, and it’s got Thunderbolt 3 ports, too. It’s become the hub of my workstation now. It’s great because I can also charge my laptop from the drive, which minimises all the cables I need. I can just offload all my footage onto that and then I can edit directly from there. 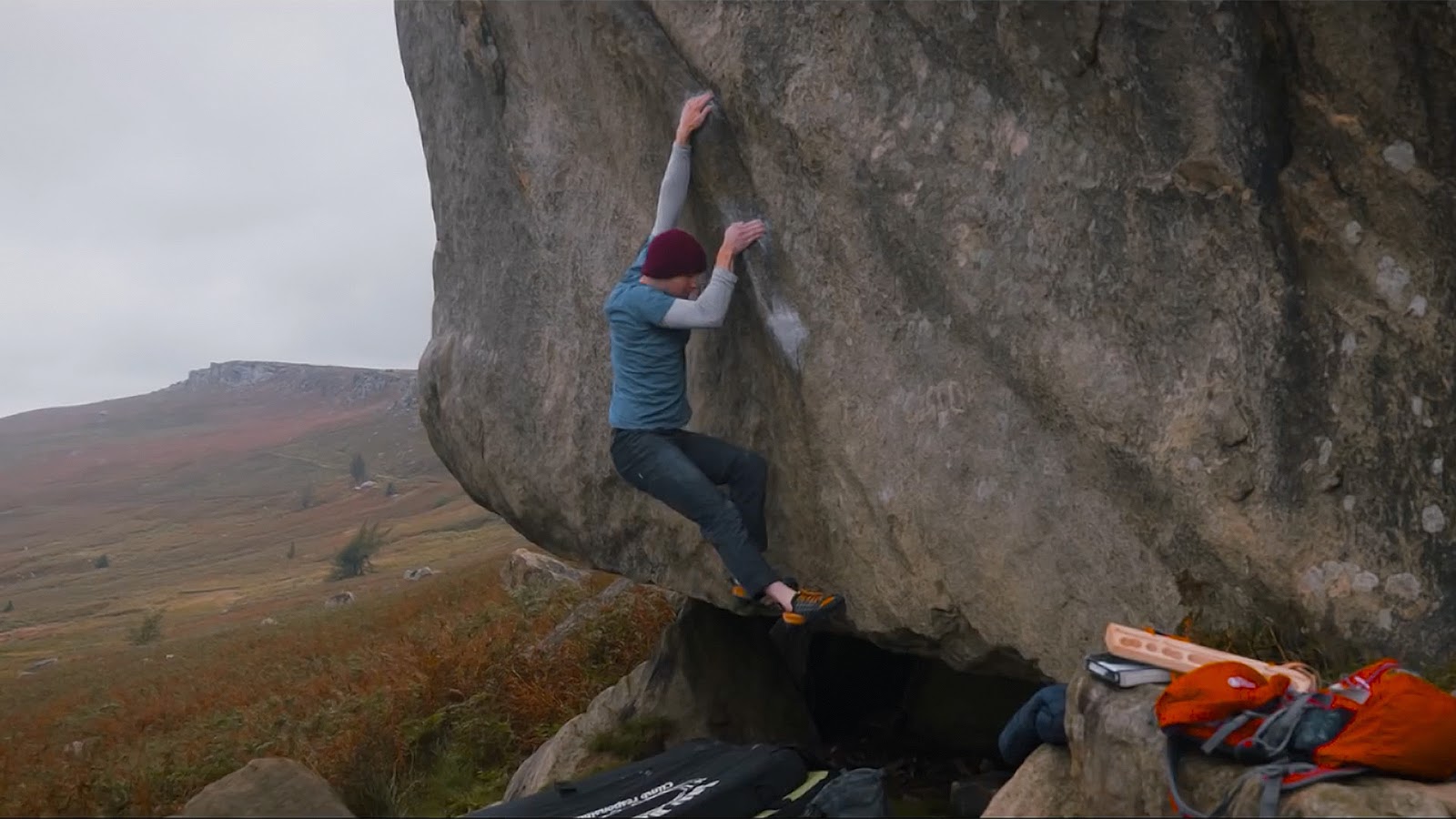 A still from Keenan’s short film Ascend, showing off the capabilities of the Panasonic LUMIX S5.

The worst thing is getting back from a shoot and transferring the footage takes five hours when you just want to get stuck into the edit. So having fast offload speeds and having fast edit speeds as well with the Thunderbolt 3 cable going into my laptop is as fast as it can be. It’s really useful having the 1big Dock SSD Pro handling files for projects and having as fast an editing speed as I possibly can.”

As for the future of his filmmaking, Keenan would like to take his sports filming further. He’s become keen on bouldering, a form of ropeless free form climbing, and has already produced a highly successful promotional video about the sport to help show off the capabilities of Panasonic’s recently launched S5 mirrorless camera. But he wants to take his passion for such sports much further.

Enjoyment should, after all, be at the heart of what every one of us does.

To find out more about LaCie’s 1big Dock series of drives, visit the official website. Keenan’s adventures can be followed over on his YouTube channel.

8 crucial resources to make music for your videos

What does Stranger Things 4 tell us about the state of television?