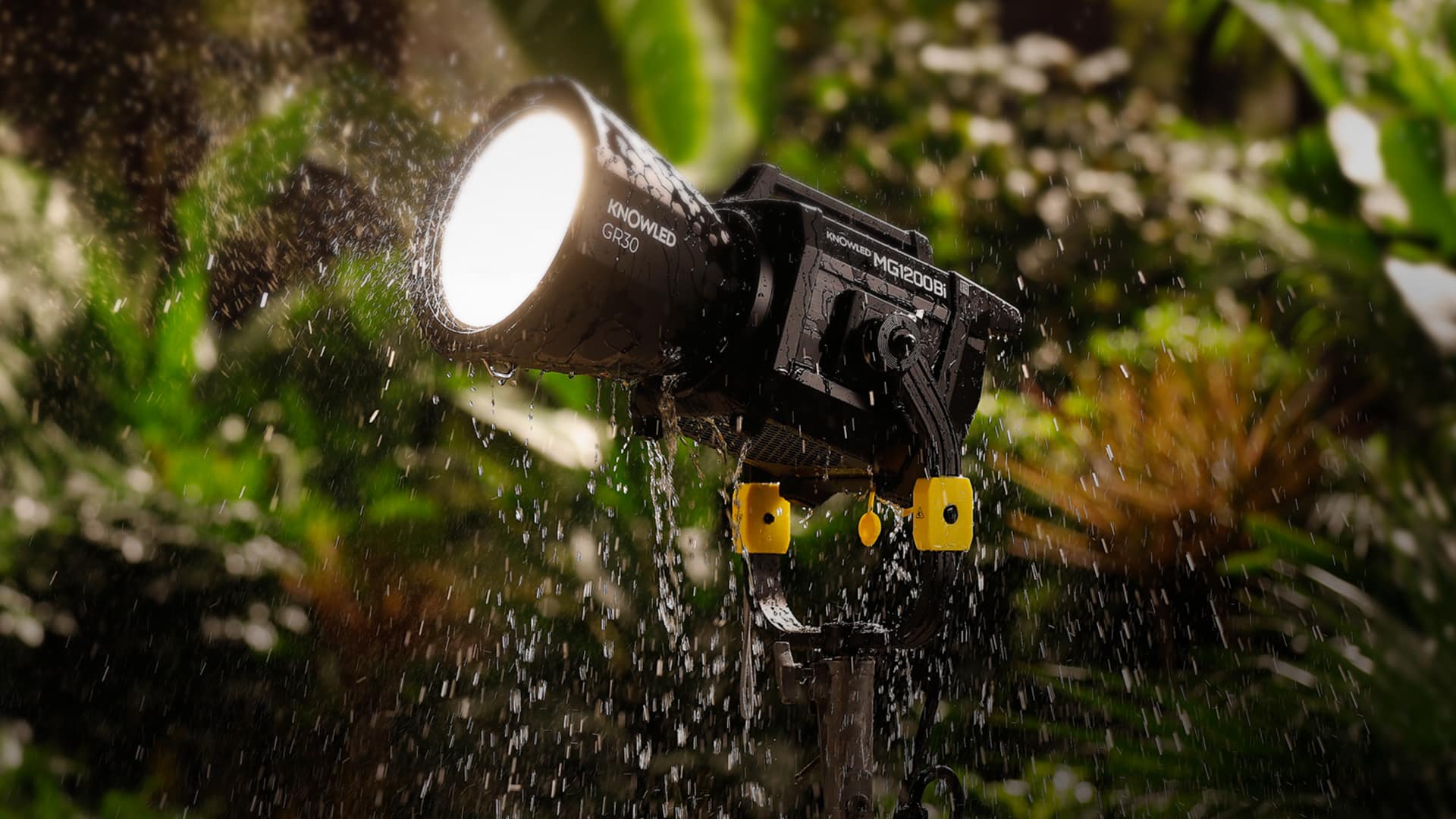 Hoovering up some of the product news that crept out over the Christmas break, Godox has released the most powerful entrant in its KNOWLED range of LED lights yet, the MG1200Bi.

It's got subtlety as well as sheer power too. It can be adjusted by increments of less than 2 watts, allowing for smooth dimming from 0.1% to 100%, while four optional dimming curves provide for pre-set efficient and accurate adjustment. Eleven optional built-in light effects make it easy to mimic 11 different lighting scenarios.

Control is either on the fixture itself or via an optional 2.4 GHz remote, while there is also a plethora of options covering a dedicated app, DMX, LumenRadio CRMX, Ethernet connectivity, and so on.

It also marks the debut of what the company calls an "upcoming cinematic lighting ecosystem" via a new G mount which will feature optics including upgraded pro reflectors in different degrees, a 14” Fresnel lens, projection attachment, lantern softboxes, parabolic softboxes, strip softboxes, and an octa softbox in various sizes. The G mount is designed with touch spots to detect the optics, which provides an optional recognition function, ensuring what the company says is a safer and energy-saving shooting process