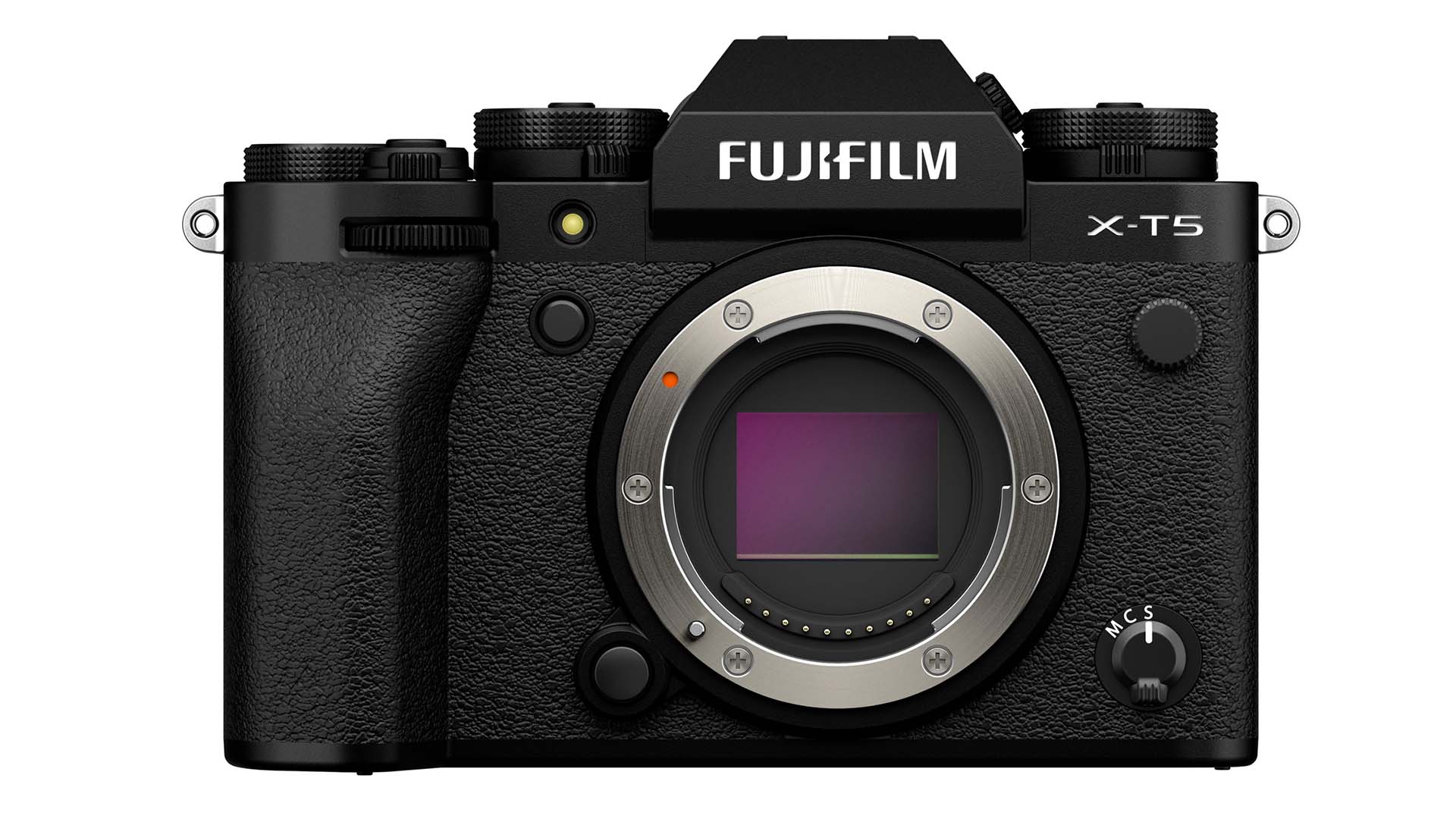 Fujifilm's camera lineup continues to impress with the announcement of the X-T5.

Fujifilm's mirrorless hybrid cameras have always appeared downplayed compared to its rivals from Canon and Nikon. The lack of a full-frame option has, perhaps, hurt the popularity of its devices in the minds of the average YouTuber, but in terms of pure quality and results, Fujifilm has always produced some excellent products.

The latest addition to the range is the X-T5, and although it isn't quite as video focussed as its flagship siblings, it still produces the goods in terms of specifications. 6.2K video at up to 30fps, a result of the new 40MP APS-C X-Trans 5 sensor, is possible with 10-bit 4:2:2 colour encoding. It can also output both ProRes RAW and BRAW, depending on the recording device you have attached.

Additional modes allow recording of 4K footage that has been downsampled from the 6.2K imaging area, although a small crop occurs when doing this. More usefully, the X-T5 can record 4K at up to 120fps and FHD at 240fps, all with 10-bit colour.

The X-T5 keeps the retro look of its predecessors, and is available in both black and silver. Image: Fujifilm.

IBIS provides up to 7-stops of stabilisation, while a 425-Point Intelligent Hybrid phase detection AF system takes care of keeping things sharp. This is backed up by auto recognition of people, animals and objects. In terms of stills, burst rates of up to 20fps are possible with the electronic shutter, and up to 15fps using the mechanical one. Another useful function is the Flickerless Shutter Speed. This lets the user adjust the shutter speed down to a single decimal point, and will come in very handy in difficult artificial lighting conditions, or when filming in front of computer screens.