Freefly Wave: Taking on the Phantom Flex 4K for $10k? 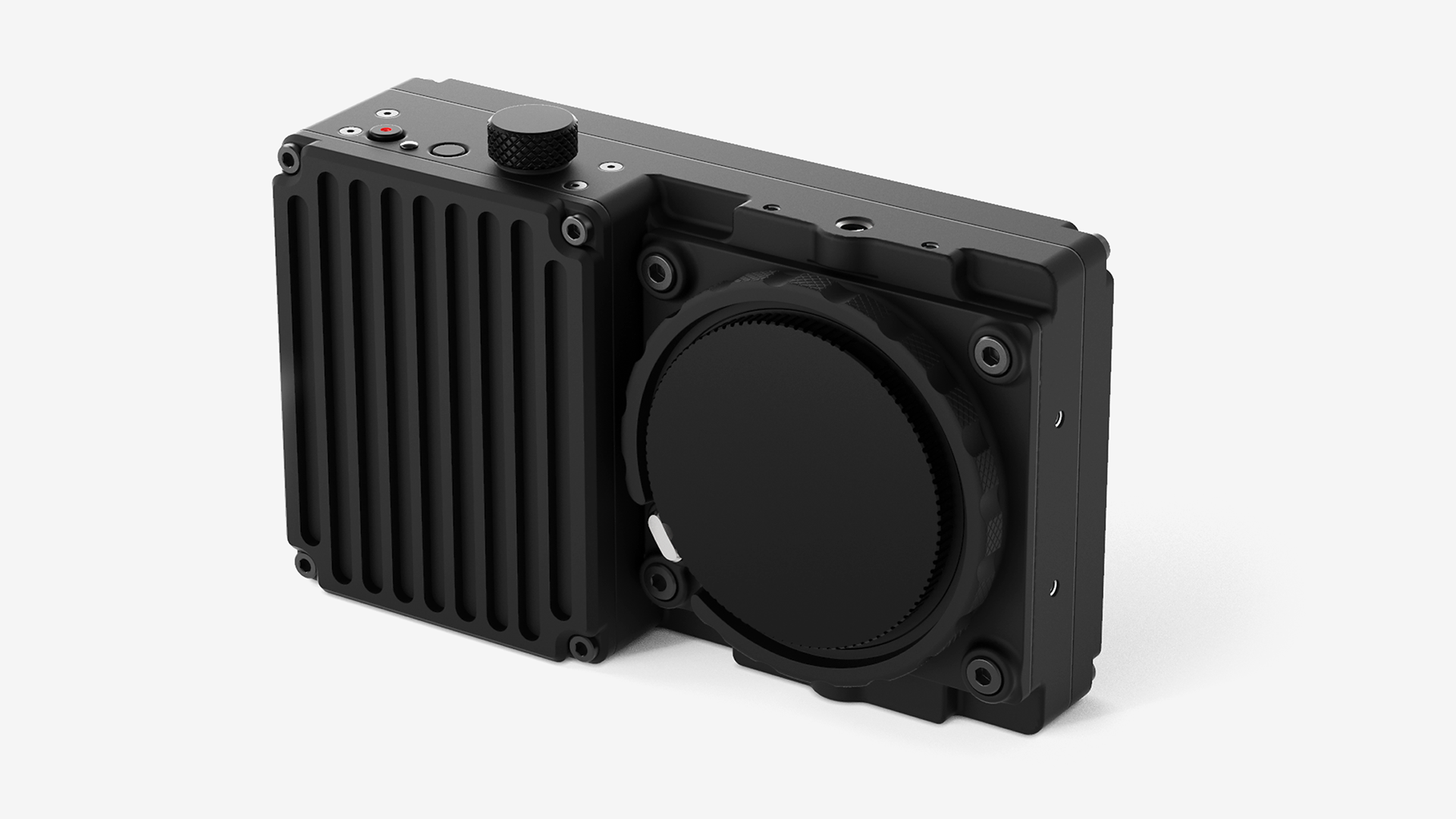 Freefly’s new Wave camera promises frame rates of up to 9259fps in 10-bit compressed RAW format. On paper at least it would appear to give almost Phantom Flex like capabilities at a $10k price point.

Okay, first off, the Freefly Wave is not available to buy just yet, but it is a real camera, and the company has been providing real world samples from it. However you can pre-order the device from the Freefly website.

The company is better known for its drones and gimbals, but this is the first time that the company has produced a camera. Such an undertaking is not one to be sniffed at, but rather than just produce yet another cinema camera it has decided to give us a very specialist tool. An ultra high speed slow motion camera that can record a 17:9 4K image in compressed RAW at up to 422fps, with much higher frame rates available in other aspect ratios and resolutions. This peaks at an absolutely astounding 9259fps in a 16:1 aspect ratio in 2K width or up to 3275 at 4K width.

I admit, that isn't quite Phantom Flex 4K type capability, which can record a full 4096 x 2304 resolution frame at up to 938fps. However consider that you can only really rent a Flex 4K at a rather cool $1000 per day. Achieving even half that frame rate in raw in a camera as small as the Wave is an impressive achievement. 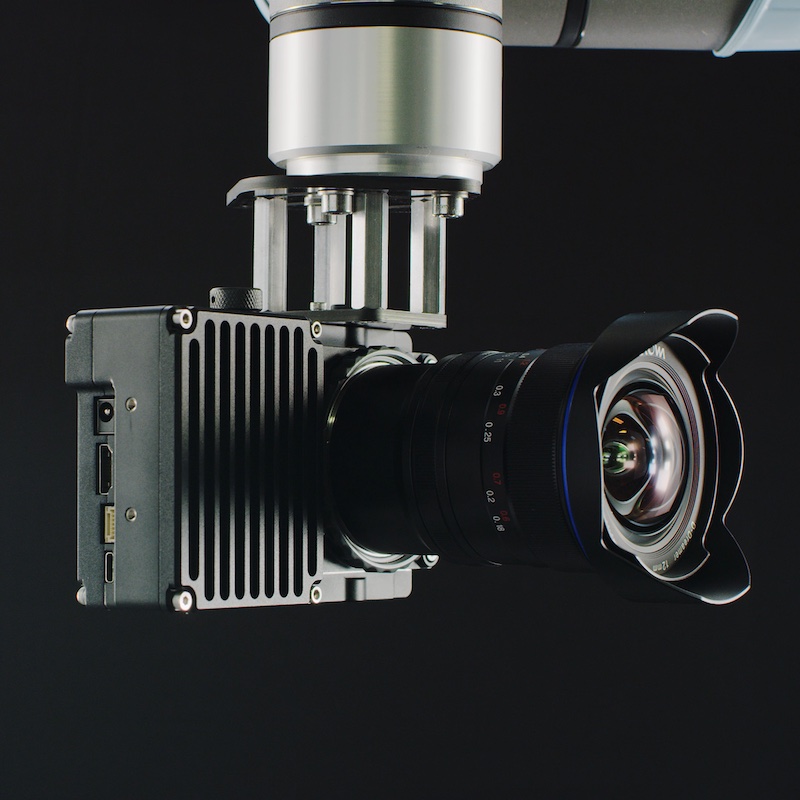 All of these frame rates are available without recording limits, so the amount of subject matter you capture is limited only by the amount of storage space you decide upon. The bitrate maxes out at 1GB/s (yes GigaBYTE) or 8Gb/s with the compression ratio varying between 5:1 and 6:1. The media is via an internal SSD, which can be upgraded by the user.

In looks the camera appears much like a block milled mirrorless style form factor with very simplistic controls. Not surprisingly the camera is small and light enough to fly on Freefly's drones. The sensor is a S35 sized affair, an ams CMV12000 with a pixel pitch of 5.5μm x 5.5μm and a native resolution of 4096x3072 and a a global shutter. Native ISO is rated at 250.

In order to give maximum lens choice the company has opted for a Sony E-Mount. While the body of the camera has 1/4” mounting points on the top and bottom with two M3 fixtures on each side of the device.

There’s an HDMI output at 1080p for external monitoring, a DC input, 6-pin GPIO, and a USB-C port. It’s not clear if the latter allows for external SSDs or not, but given the data rate requirements for many of the frame rates this seems unlikely. There’s also WiFi 802.11b/g/n and Bluetooth v4.2.

The man behind the camera, Shane Colton, who is also one of the founders of Freefly Systems has written a blog outlining the technical development of the device. 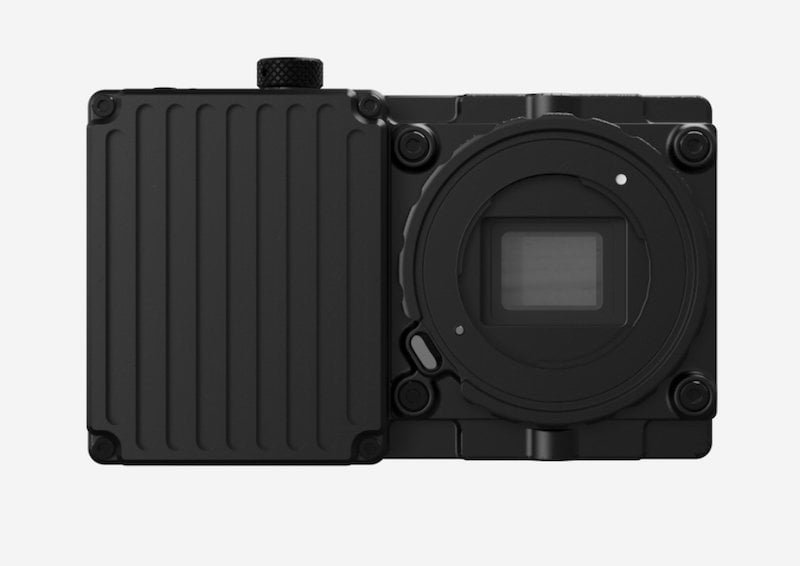 Whilst we know of the dangers of new camera manufacturers promising the earth and then disappearing off the face of the planet, Freefly Systems is an established company that is used to dealing with sophisticated drone control systems and gimbals. The Alta drones for example are very highly respected bits of kit.

Making a camera is a very different thing of course from making a drone. However the company has insulated itself from some of the pitfalls of others who have come and gone in the past by making its new camera a very specialised device. It doesn’t need to rush, and it won’t have the same scrutiny that might occur had they promised a new general purpose cinema camera. Still, specialised or not, it will still need good colour science if it is to be used for anything involving cinematography, even if it is only used for specific shots.

Early user Chris Vanderschaaf has provided samples straight from the camera, which can be downloaded here. Warning, I couldn’t currently get these working on my machine despite them being in a mov wrapper. But you can also watch the video below, which shows some indication of the quality that the camera produces, which initially would appear to be pretty impressive.