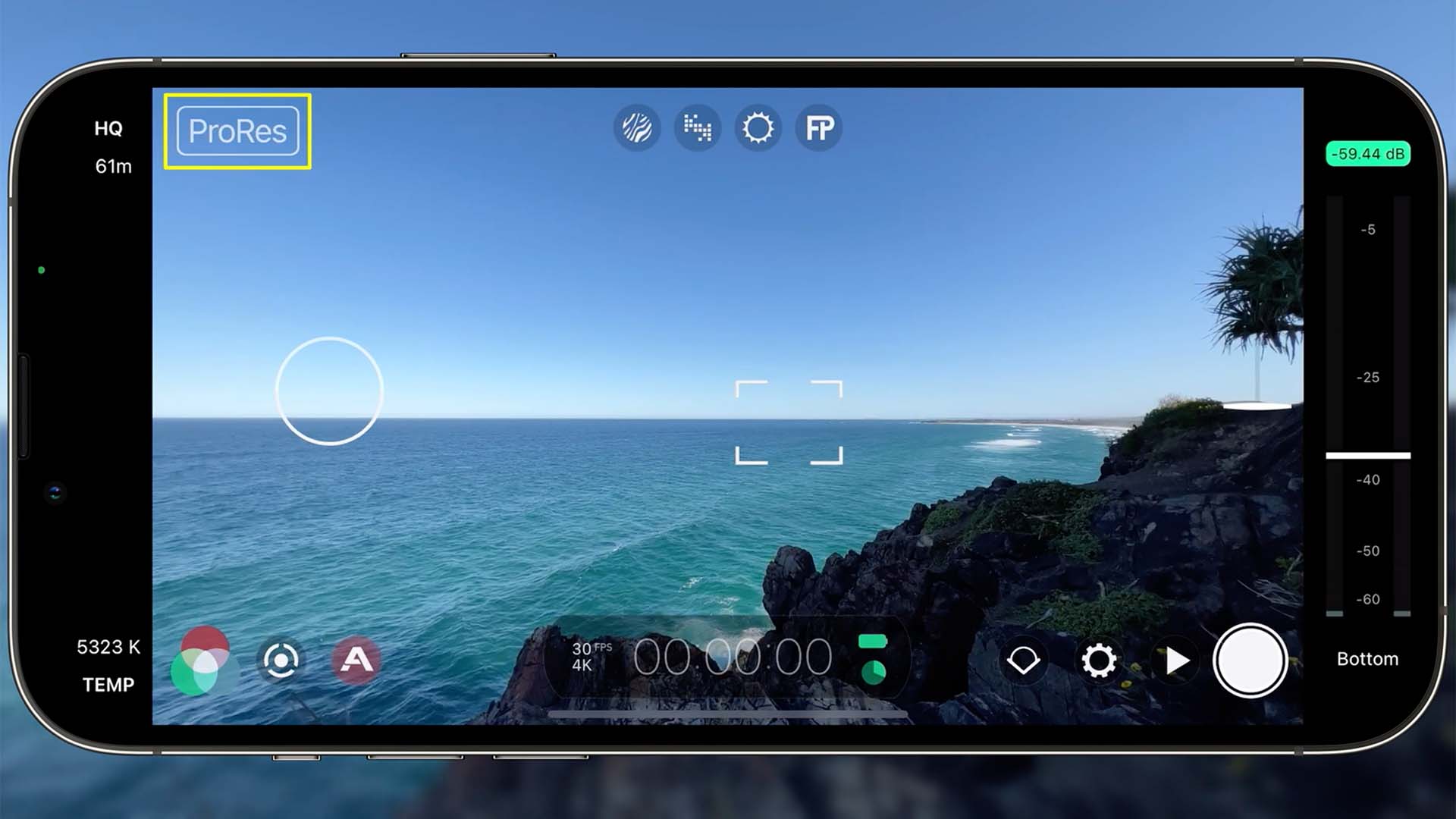 FiLMiC Pro might well get our fingers and keyboards in a twist when trying to type its name, but it is a powerful app. And now it has even more of that power by being the first mobile video camera app to record using the ProRes codec.

FiLMiC Pro v6.17 is available now for iOS. It allows recording on the iPhone 13 Pro and 13 Pro Max in Prores Proxy, LT, 422, and HQ flavours of the codec, with bitrates ranging between 360Mbps at the lowest all the way up to 735Mbps in 4K using the HQ variation. Note that framerates are a bit more limited in ProRes, with 30p in 4K being the maximum at the highest resolution and 1080p being required if 60p is desired.

With more filmmakers using their phones to shoot serious work, the move to ProRes makes some sense, although it does come at a cost with regard to storage space. That said, even ProRes LT at 360Mbps may offer some post-production advantages over the standard FiLMiC Extreme option, which tops out at around 120Mbps.

From a personal standpoint, my main reason for not using my phone more to take video stems from the lack of control over digital sharpening. Unfortunately, Apple has never handed control over this to app developers, which is a shame. If the aim here is to allow serious work to be done, this is the sort of control users need in post, if they want, not baked into the footage at the time of recording.

Anyone who has followed my rants since, well, the early 2000s, will know that overt digital sharpening has been one of my bugbears for a long time. Thankfully, most camera manufacturers have realised users want a more natural, creamy, smooth-looking image coming out of their devices rather than a cheap camcorder look. And while the iPhone's default sharpening isn't as bad as a 1990's Handycam, app developers such as FiLMiC cannot control it. Nevertheless, it's within the gift of Apple to do, so I hope they will take heed.

That said, the idea of a top-end codec being possible on a mobile device is a very welcome development.

FiLMiC Pro v6.17 for iOS is available now as a free upgrade for existing users or $14.99 for new ones.