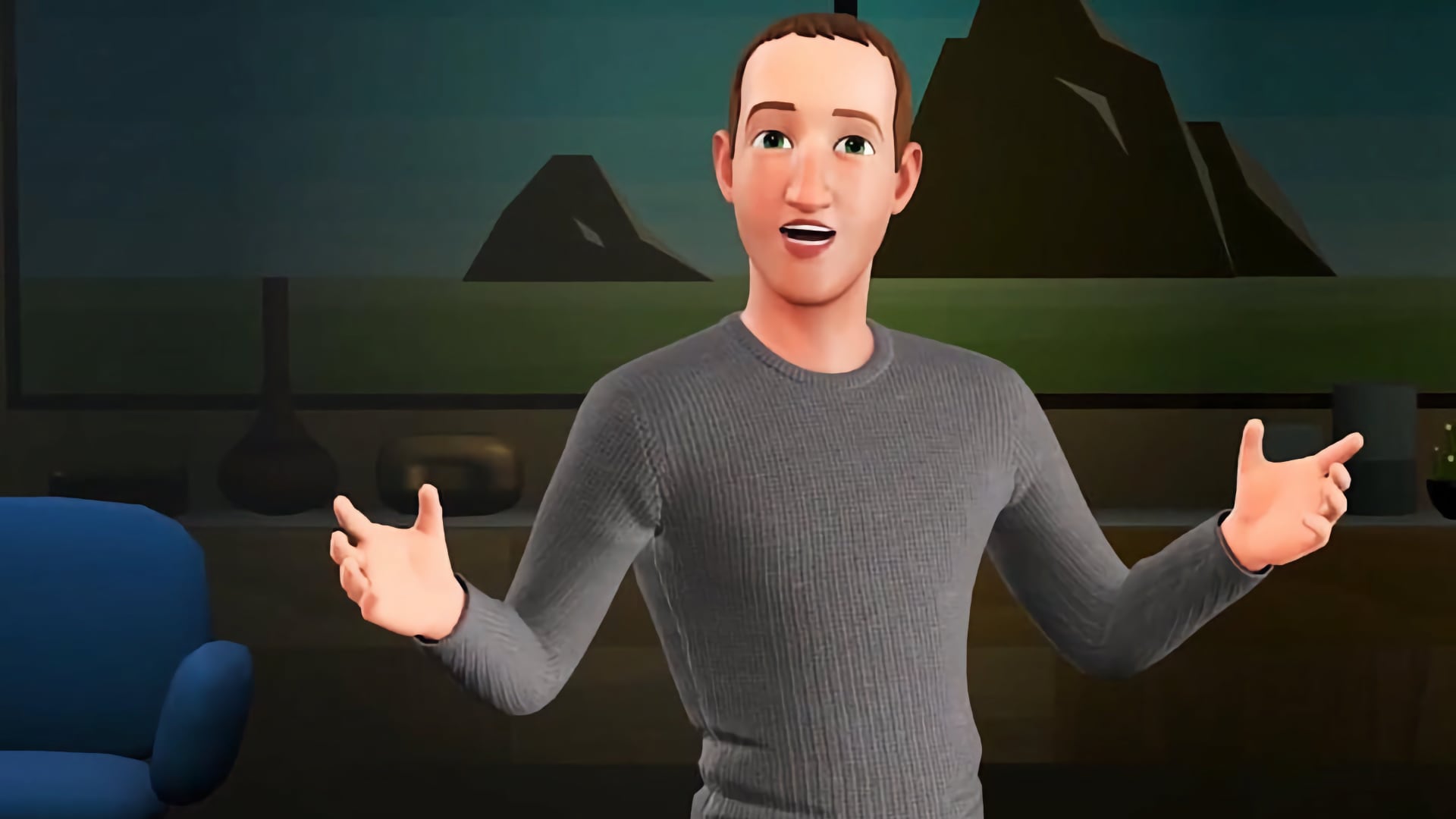 3 minute read
I wanna tell you a story: Zuck's avatar in Horizon Worlds

Or, to put it the other way round, Meta has a Facebook problem. Either way, as Elon Musk takes control of Twitter, Mark Zuckerberg, the previous Emperor of Social Media, is looking distinctly unclothed.

Elon Musk, the world’s Shitposter in Chief, sealed his deal to buy Twitter just as we were finishing this article off, so we’re just going to have to deal with that another time. Besides, it’s too early to really say how it’s all going to play out. Musk seemingly thinks that Twitter needs less content regulation and moderation, but that is increasingly a minority position that may have something to do with him being a rich, white, cis male. For everyone else, Twitter is already far too often the “free-for-all hellscape” that he says he wants to prevent it becoming.

His ambitions reportedly seem to be along the lines of creating a global version of China’s WeChat, which started off as a simple messaging app, but has since expanded to become a multi-functional platform that dominates the screen time of many people’s daily lives.

If that’s his aim, then the recent travails of social media giant Facebook are possibly instructive. That is pretty much the position Mark Zuckerberg’s company was in up until comparatively recently, but in the past year and a half the gloss has rather come off the company. Now, of course, called Meta. it’s latest financials have shown a dramatic halving of profits, which spooked investors to the extent that they wiped $65bn (£56bn) off its market value on Wednesday alone.

At the start of the year its shares were trading at $338 each. By close of play yesterday they were down to $98.

So, what has gone wrong? How can you run a company with 2.93 billion daily active users and still run into troubles?

There are a variety of things going on here. First, Facebook makes its income from advertising and global economic uncertainty is cutting ad budgets around the world. Google owner Alphabet’s shares are down, everyone’s shares are down, as the internet as a whole becomes a more hostile environment for advertising.

The demise of third party cookies and Apple’s enforcement of strict privacy settings — which Meta said would cost it $10bn in lost revenue this year alone — have hurt online advertising deeply, and this has been exacerbated by the rapid growth of new kids on the block such as TikTok. Facebook, and even Twitter, now seem to be lumped into a category that is referred to by several tech commentators as ‘the old guard’, all of which has an entertainingly perturbing ring of MySpace, Friends Reunited, and Live Journal  about it.

But perhaps the biggest problem that Meta has is the metaverse itself. Facebook has spent over $15bn on its metaverse-focussed Reality Labs venture since the start of 2021, and that is not a short term bet as it has to pretty much develop the entire thing from the ground up (at least if it wants control over the end results). Meanwhile, it’s even having to damped down expectations internally. According to the Wall Street Journal, the company set a goal of reaching 500,000 monthly active users for its virtual reality Horizon Worlds platform by the end of this year, but in recent weeks has revised that figure down to 280,000. The current number is apparently less than 200,000 (it was 300,000 in February) so it’s going to have to flog a fair few headsets over the holiday season to make up the shortfall.

"I get that a lot of people might disagree with this investment but from what I can tell I think this is going to be a very important thing," commented Zuckerberg.

Too much too soon

The problem there is the ‘going to be’ rather than an ‘it is’. There is little doubt that the metaverse will one day fulfil at least some of the promises made for it, but that day may be a good deal further away than a lot of tech investors think. And in trying to make a land grab for it now, Meta has overreached itself and taken its focus away from the very real business pressures it is facing in its current core business.

"Meta has drifted into the land of excess — too many people, too many ideas, too little urgency. This lack of focus and fitness is obscured when growth is easy but deadly when growth slows and technology changes," Brad Gerstner, chief executive at major Meta investor Altimeter Capital, told the firm in an open letter ahead of the Oct 26 earnings announcement.

Gerstner said the company should cut staff (its headcount has grown from 17,000 to 87,000 in six years) and scale back its investments in both artificial intelligence and virtual reality. Indeed, he wants a $5bn yearly cap on metaverse investment.

Whether he’ll get it or not is open to question. The company estimated its 2022 total expenses would be in the range of $85 billion to $87 billion, but still reckons its 2023 expenses will be about $96 billion to $101 billion despite looking to cut costs and freeze most hiring.

It’s worth pointing out though that sixteen months ago Meta was estimated to be worth more than $1 trillion. By the end of play on Thursday its value was down to $270bn.

Much more of this, and Elon Musk will be thinking of adding it to his collection…