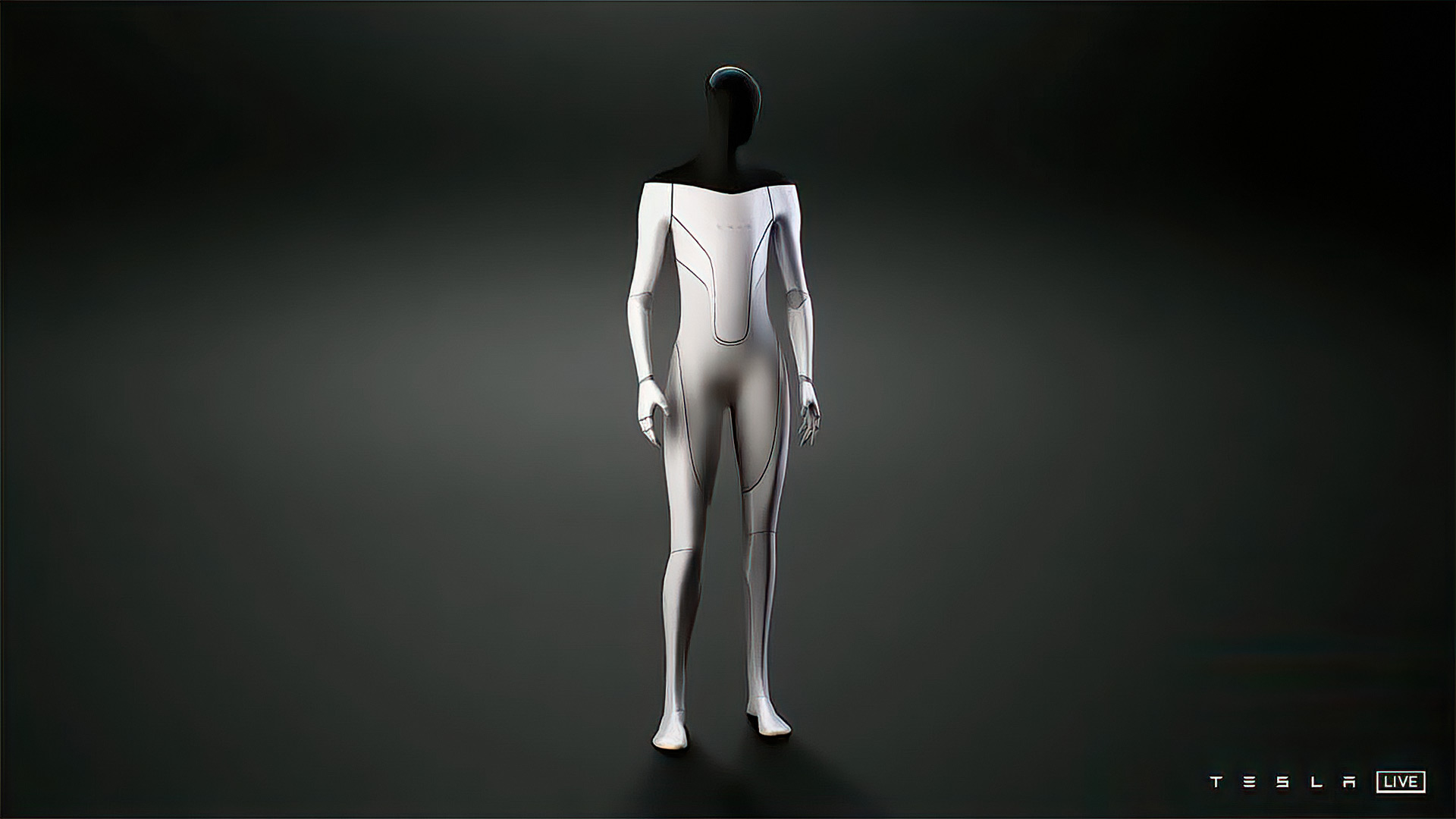 3 minute read
The Tesla Bot will do all the tasks that you find boring, and hopefully it won't decide to kill you in the process. Image: Tesla.

Elon Musk's Tesla plans to create a humanoid automaton to take on tasks humans don't want to, and as a bonus, you'll be able to run away from it if it decides it wants to kill you.

It has come to something when one of the main selling points of a new robot is that its maker will make it slow and weak enough that, should it go out of control, you should most likely be able to overpower or run away from it. According to Musk, if you can run faster than five mph, "you'll be fine."

So that's reassuring, then.

We've come to take many of Musk's proclamations with a pinch of salt. Granted, his Space X programme is a success and has made space exploration exciting again. Still, this latest announcement does border a fine line between something that might actually happen and, well, a joke.

Musk's recent presentation of the concept was tinged with more than a little bit of tongue in cheek, as a dancer dressed up as the Tesla Bot performed a dance routine on stage.

"Intended to be friendly"

The Tesla Bot will stand at five feet, eight inches and weigh 125lbs and "is intended to be friendly". The company intends to build a prototype sometime next year, which could either really mean next year, or it could mean never in Tesla speak.

The elephant in the room is that making humanoid robots is not easy. You only have to look at the work of Boston Dynamics to see how complex such things are, and it has been working on robots like this for a long time now. Boston Dynamics has found that quadruped designs can be much more effective for practical, working robots.

Despite being in development for some time, Atlas, the company's rather famous bipedal robot, is still only a test and research platform. Sure, it's entertaining and can perform some quite remarkable feats, but it is far from entirely autonomous, and it still suffers from hiccups such as falling over regularly.

Recently, Atlas managed to complete a parkour style obstacle course by adapting its behaviours based upon what it saw. This was a huge step for the team because in previous demonstrations Atlas was only using sensors to react to posture and balance changes rather than reacting to the environment itself. The team stated on its blog, "In this iteration of parkour, the robot is adapting behaviors in its repertoire based on what it sees. This means the engineers don’t need to pre-program jumping motions for all possible platforms and gaps the robot might encounter. Instead, the team creates a smaller number of template behaviors that can be matched to the environment and executed online."

As things stand, Atlas is probably the most advanced bipedal robot on the planet right now, and it has taken a long time to reach this stage, which poses an obvious question. Can Elon Musk's company sidestep all the time it took Boston Dynamics to reach its current development point and produce a smooth looking prototype by next year? The answer, which I think is abundently clear, is most likely not. Unless Tesla has already been secretly researching and developing this long before it became public this week, it is inconceivable that there will be any practical working robot any time soon.

That's not to say that a robot won't be produced at all. With much of the focus placed on Tesla's automated systems for its cars, it is easy to forget that this isn't the company's first foray into the world of robotics. The company has already developed systems for its factories that rely on complex visual systems, alongside those for its cars, which means that it isn't beginning entirely from scratch in terms of control and visual feedback systems - jokes about recent Tesla car accidents aside.

Musk said that Optimus, to give the robot its 'affectionate' internal name, will be designed to perform tasks "that are unsafe, repetitive or boring." Cue lots of people throwing their arms in the air and warning of mass unemployment.

The idea of robots taking over all of the menial, dangerous, or tedious tasks is as old as the hills, and it is the basis for serious debate. It is most likely inevitable that human employment will take on a completely different character in the future with the advancements of AI and automation. The billionaires like Musk who posit these development aren't stupid. If humans are not required for work anymore, and there is mass unemployment as a result, then there will be nobody to buy the products that the robots will then be producing or organising. In other words, it will mean that our entire idea of employment and society will need a fundamental rethink. Will we end up in a Star Trek-style utopia? It sounds far fetched, but at some point, it is inevitable that 'work' as we know it won't exist anymore.

Still, is there any point to a humanoid bipedal robot from a practical standpoint? As Boston Dynamics has shown, it makes for an impressive demo, but it is more of a gimmick. Watch the highlights of Elon Musk's presentation below.