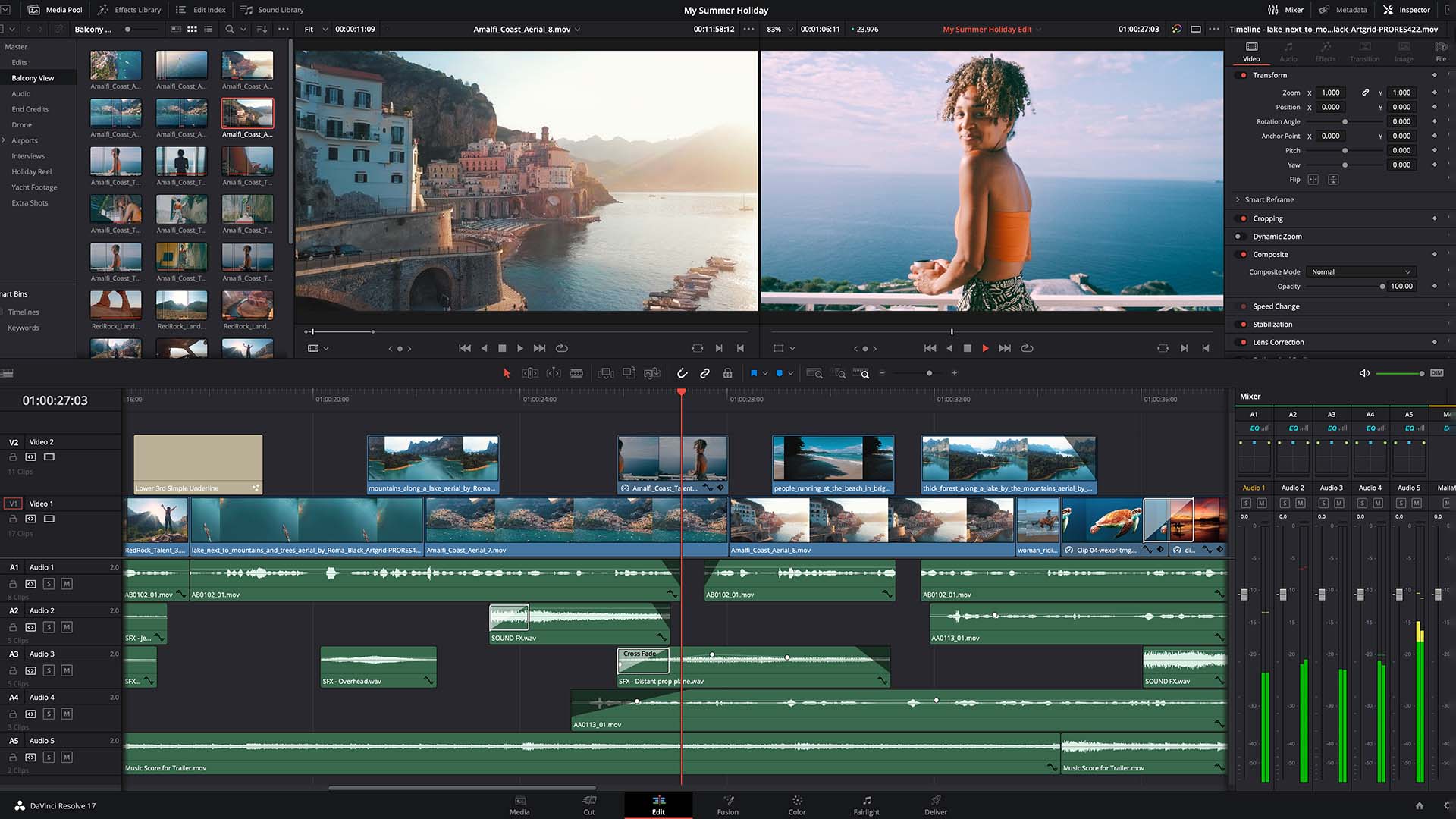 Blackmagic claims that the new update will allow the software to work with 12 streams of 8K footage, as well as making decoding of URSA 12K footage three times faster. The neural engine processing has also been drastically improved to make facial recognition, object tracking, and smart reframing four times faster than previously. Additionally the 120Hz ProMotion display is taken full advantage of within the interface to make things as smooth and fluid as they could possibly be. HDR viewers are also supported on the new Macs.

DaVinci Resolve 17.4 now adds Dropbox Replay integration so that clients can easily review and approve projects. The integration includes full support for frame accurate coloured markers, comments, and annotations, and these are synched directly with the Resolve timeline. New rendering presets are included for the service, along with background uploading.

The list of new features is comprehensive, so here's a summary of what's included.

For an exhaustive list of new features, read the full press release here. Blackmagic Design has also provided a video summarising everything below.