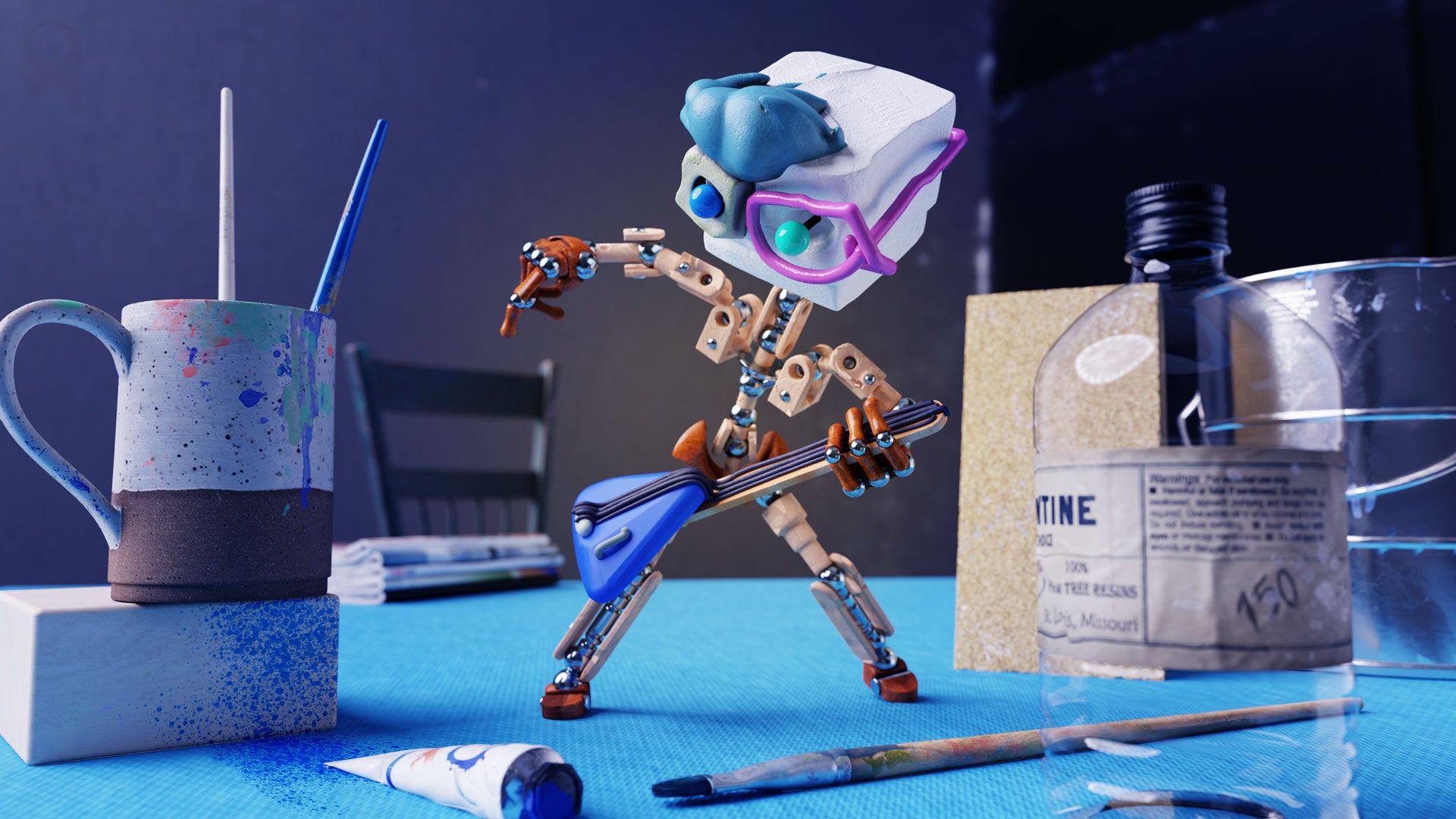 Technology has brought creative minds closer and taken those ideas further at the same time. With the right tools, creators like Rafi Nizam have no limits when it comes to their creativity. This is how Rafi brings his characters to life from his home studio in North London.

Rafi Nizam is a showrunner, creative development executive, animator, director, and more. His extensive experience working across the story, animation, XR, real-time and virtual production has shaped his craft as an independent creator. His current project, Art Squad, is a scripted animated show for children that features vibrant 3D characters who solve problems through the power of art. The series showcases the different production techniques relating to the creative vision Rafi has as an artist.

As an award-winning independent Animator, Director and Character Designer, Rafi developed his passion for storytelling first as an Art Director in advertising until he continued on to children’s programming at the BBC. From there he continued as a leading creative at Sony Pictures before working as Global Creative Director and subsequently Global Vice President Creative at NBCUniversal. His work has won awards at British and International festivals, including recognition at the Digital Artist Awards. Rafi originates and develops entertainment IP and global transmedia franchises through character-driven storytelling, imaginative world-building and audience-centric strategy.

Animation in the making

Being a hands-on independent artist, Rafi's creative vision begins with a sketch with a pencil on paper. Rafi mentions how he enjoys working from his drawing table where he starts by sketching different characters, worlds and story outlines before moving into the digital realm where he then brings these characters and scenes together inside the virtual reality (VR). 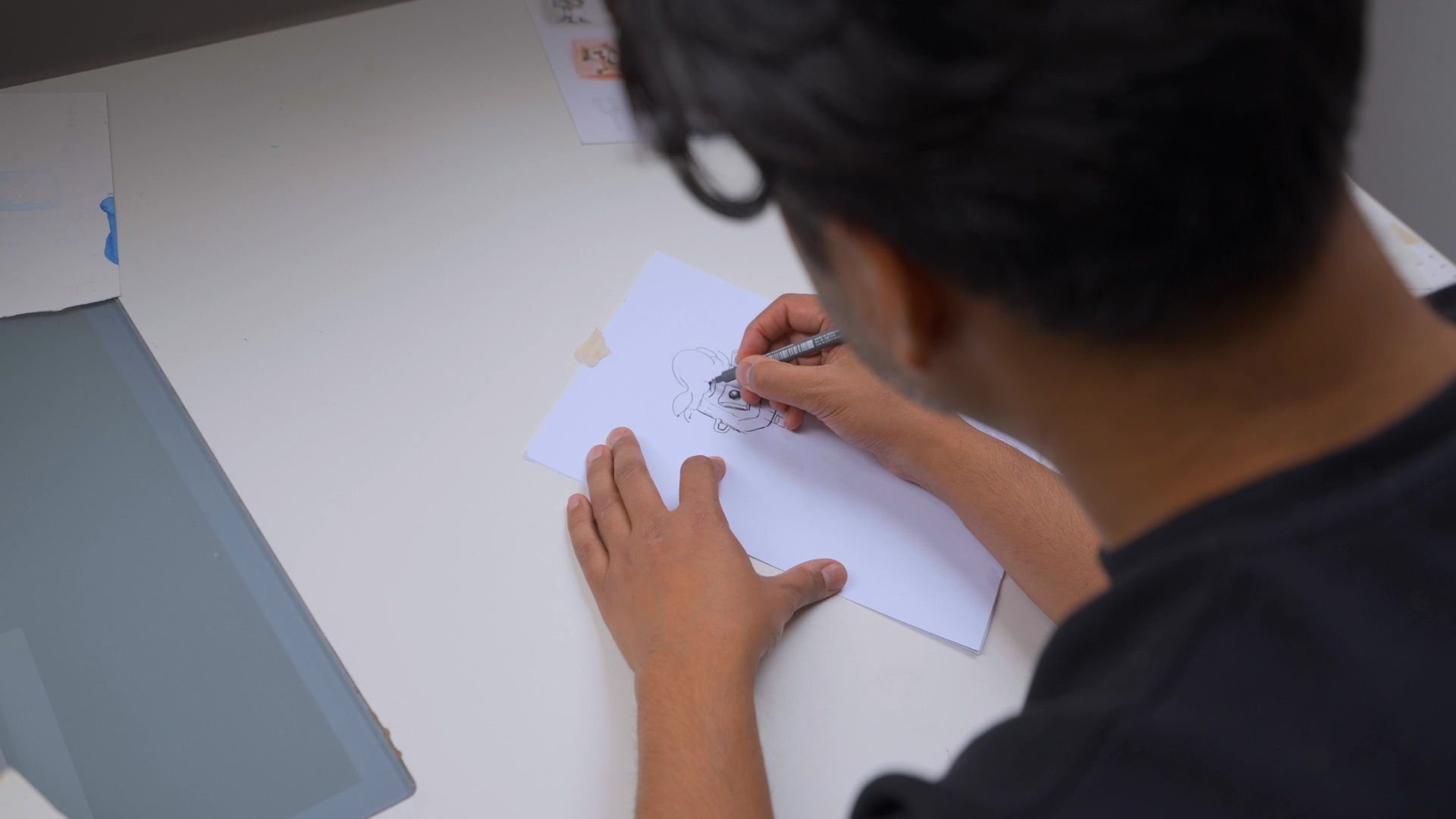 To bring these characters to life, he requires equipment that he can smoothly run all the different applications he needs to turn his 2D sketches into the 3D digital space. His work comes truly alive when he moves into Unreal Engine and NVIDIA Omniverse where he ties in lots of different software in his pipeline. Every piece of equipment needs to not only be compatible but also powerful enough to run multiple applications simultaneously to work in real-time.

Technology that empowers the creativity

In addition to the software, Rafi uses ASUS ProArt hardware to focus on creativity rather than technical troubleshooting. With the ProArt Display PA32UCG, he grades, reviews and delivers the right color space for a wide range of content in multiple HDR formats. The monitor sustains 1000 nits of brightness and peak at 1600 nits which makes his visuals look amazing. Despite being such a bright monitor, Rafi doesn’t suffer any eye fatigue because the monitor emits less blue light and it is flicker-free. Since the monitor comes with a hood, it helps creators like Rafi who are working from their home studio block out any external ambient light that might affect his work. 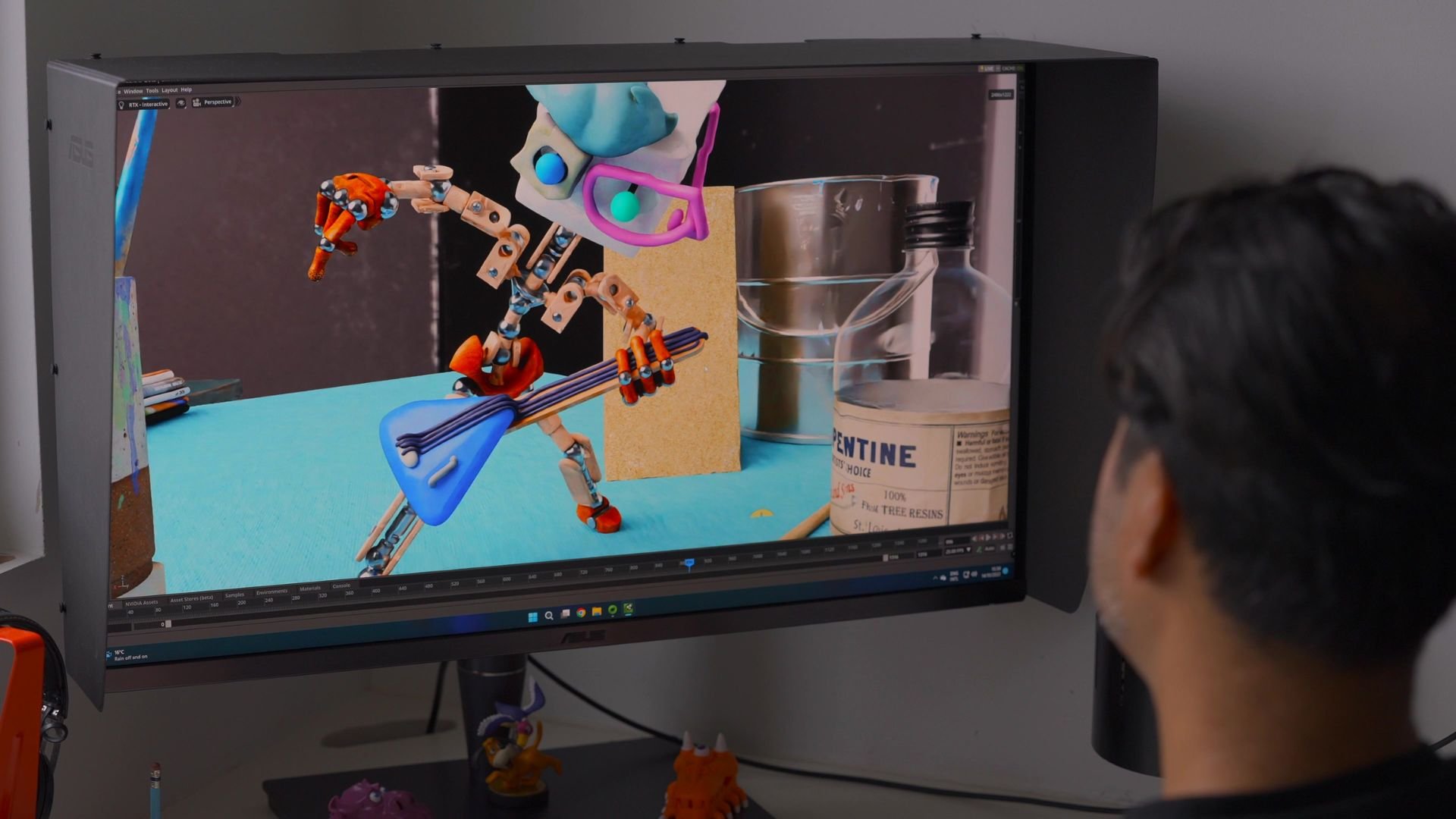 Rafi uses Maya, Unreal Engine, Photoshop, Substance Painter and Omniverse Create when working with animation, so he needs a powerful workstation that can run all the different software simultaneously. Scan 3XS Workstation powered by an ASUS ProArt Z690 motherboard has not only the power but also the connectivity ports Rafi requires for his creative work. VR headsets and pen displays are essential tools that Rafi needs as a hands-on artist. 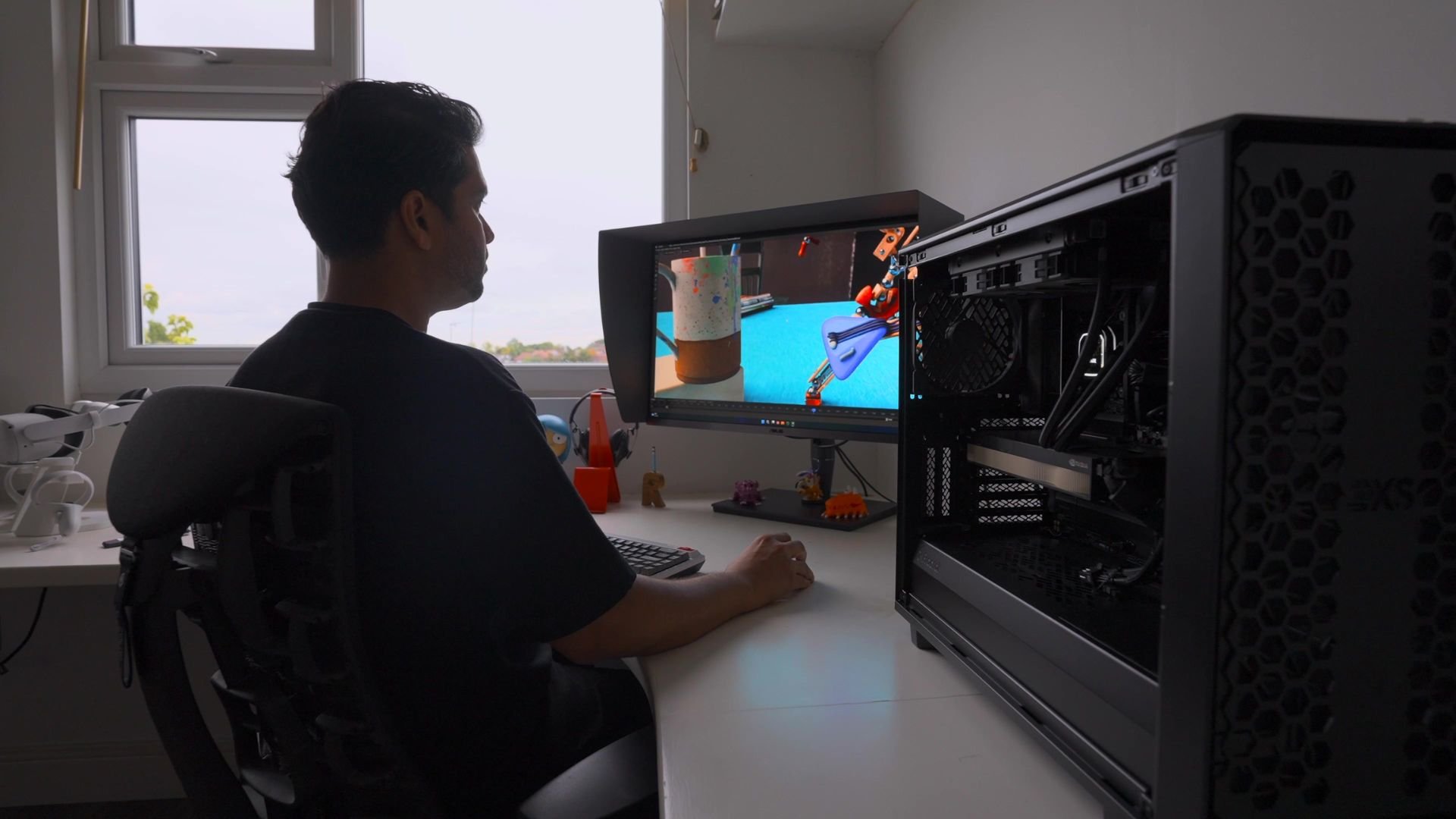 Rafi works in multiple locations and requires a portable workstation. With the ASUS Studiobook 16, Rafi is confident that what he has been originating in his home studio, travels with him wherever he goes. The laptop comes with an OLED screen and HDR support, which makes his visuals not only look excellent but also stay consistent with what he has been developing at home. 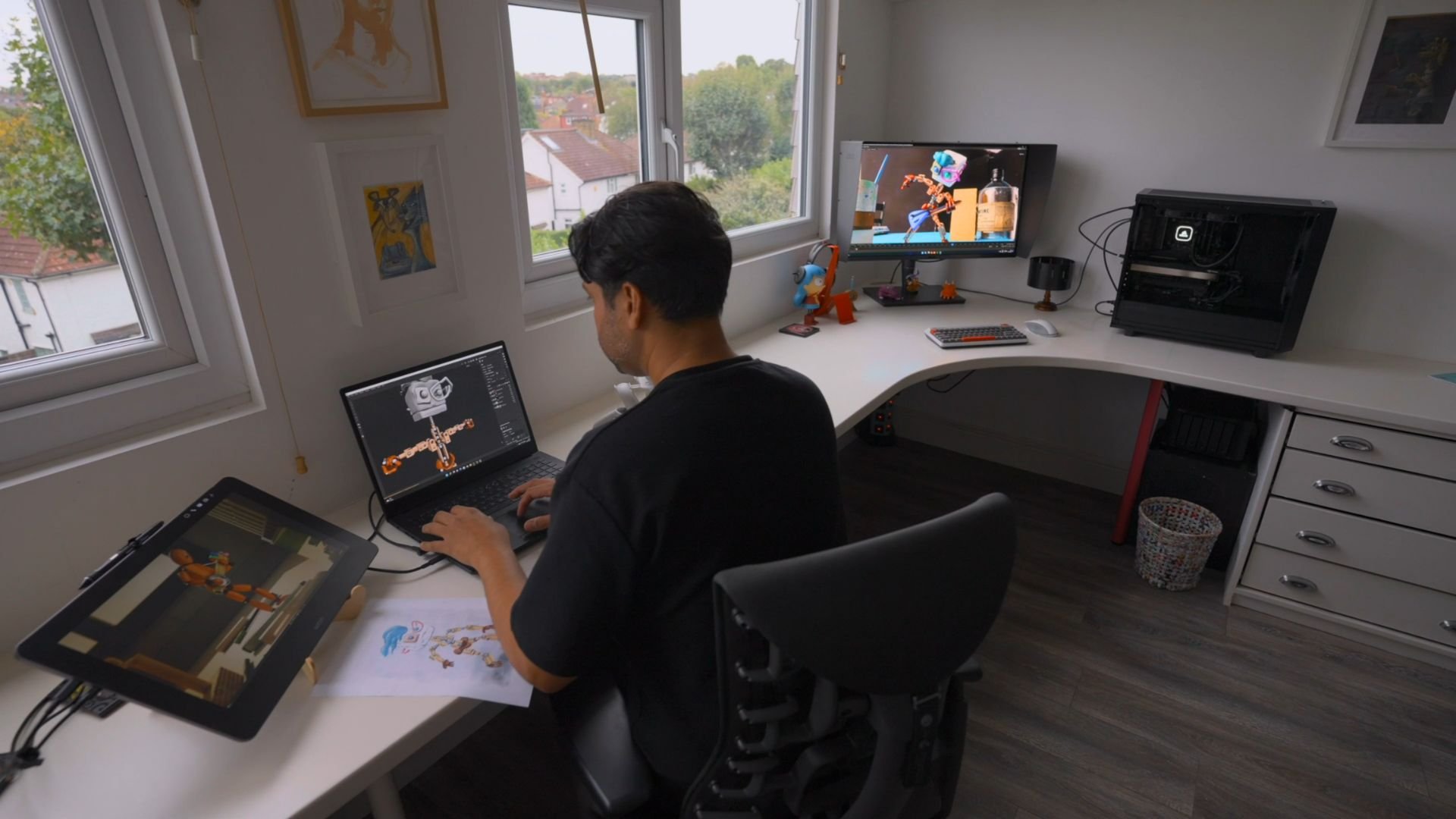 The integrations between the monitor, laptop, and workstation demonstrate how much ASUS has thought about the needs of creators. Every ProArt product speaks for itself but also works together to provide a solution across the whole production pipeline so creators such as Rafi can focus on what is most important - telling a story.

“With ASUS ProArt hardware I'm literally bringing this show to life in a way that I would never be able to do before."  - Rafi Nizam