Compelling stories are the heart of every documentary 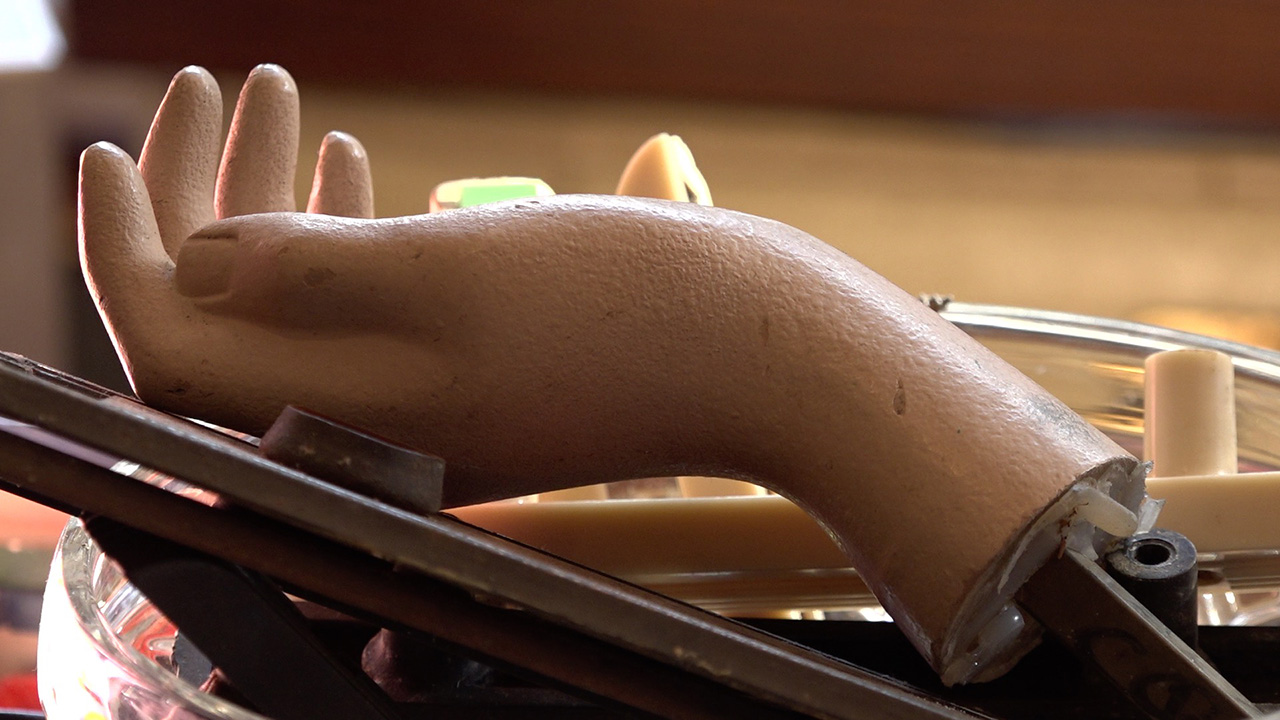 4 minute read
The Society For the Protection of Unwanted Objects. Image: Roland Denning.

But there is another sort of documentary, often a little rough around the edges: the observational documentary that attempts to find stories unfolding in everyday life, seeking out those spontaneous moments that you could never script. Those moments are, for me, what documentary is all about.

This is one of the things I’ve been doing over the past decade; a self-funded project alongside but separate from my commercial work. All are small, local, very personal stories with a crew of one (myself). It started with Mario’s Café, my local caff. The second, Derek The Dentist, was about my (very eccentric) dentist (look out for the cameo appearance by Julie Christie). The third, The Society For The Protection Of Unwanted Objects(trailer), currently doing the round of film festivals, is about a man running a junk shop who is drowning in a never-ending tide of stuff that he is trying to save from landfill.  All are, to quote from James, the subject of the third film, about marginal characters running failing businesses, or perhaps failing characters running marginal businesses. All are essential parts of the community and all have ambitions that go for beyond the profit motive.

Derek the Dentist, by Roland Denning.

These films depend on a close relationship with the subject; in fact, I knew all the characters before I made these films. I never pretend to be the proverbial ‘fly on the wall’ – subjects often acknowledge my presence and talk to me. Does the presence of the camera change their behaviour? Sometimes, yes, but generally no more than how people tend to ‘perform’ when they know someone is listening to what they have to say. I don’t claim to be objective, but I do set out to be honest and fair.

Potentially, there is a downside to this approach – can you be close to someone and yet maintain a critical distance? Making a film the subject thinks mispresents them could be a betrayal of the mutual trust the films depend on, yet I don’t want to make what is essentially a PR film for them at my expense. There’s a balance to be struck there, and I hope I leave enough space for the audience to chose whether they like the characters or not.

Each of the 20 to 30 minute films needed 20 to 30 days of filming, spread out over many weeks – in the last film, eighteen months. You carry on shooting until you know you’ve got a film. 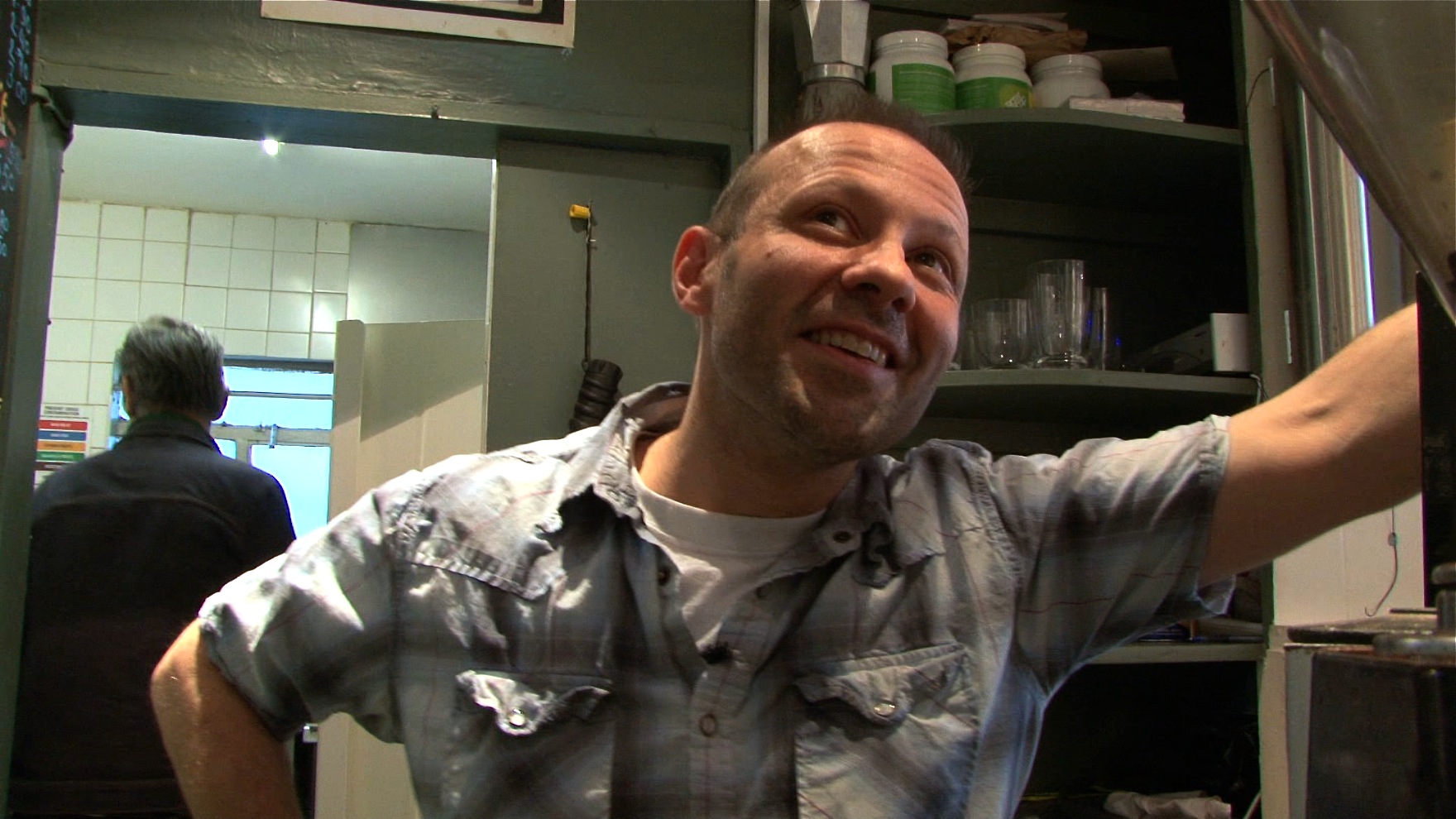 Observational documentaries demand a small, discreet camera with a decent zoom lens. For the first in the series I used a Sony Z7, followed by a Panasonic HPX250 and finally, a Sony Z90. I’ve sung the praises of the Z90 before; it’s great for this sort of work and, for me, has only two significant flaws: I wish it had a lens ring rather than a rotary knob for aperture control and the F4 lens means it’s not great in low light. The Z90 has 1” sensor, probably the optimum size for this sort of work, where too shallow depth of field can be a drawback rather than an asset (ironically, the move to larger sensors means smaller aperture zooms, so shallow DoF remains illusive on compact camcorders).

Sound is, of course, vitally important – without clear dialogue these films just don’t work. I use a combination of a camera mounted shotgun mic (a Rode NTG2,  a Sennheiser 416 and, finally, a Deity S-MIC2-S) along with one or two radio mics - a TramTR50 mic with a Sennheiser G3 kit.  Trams have been around for a long time, but I love their warmth and clarity and the fact they are tolerant of imperfect positioning.  This combination has never let me down. 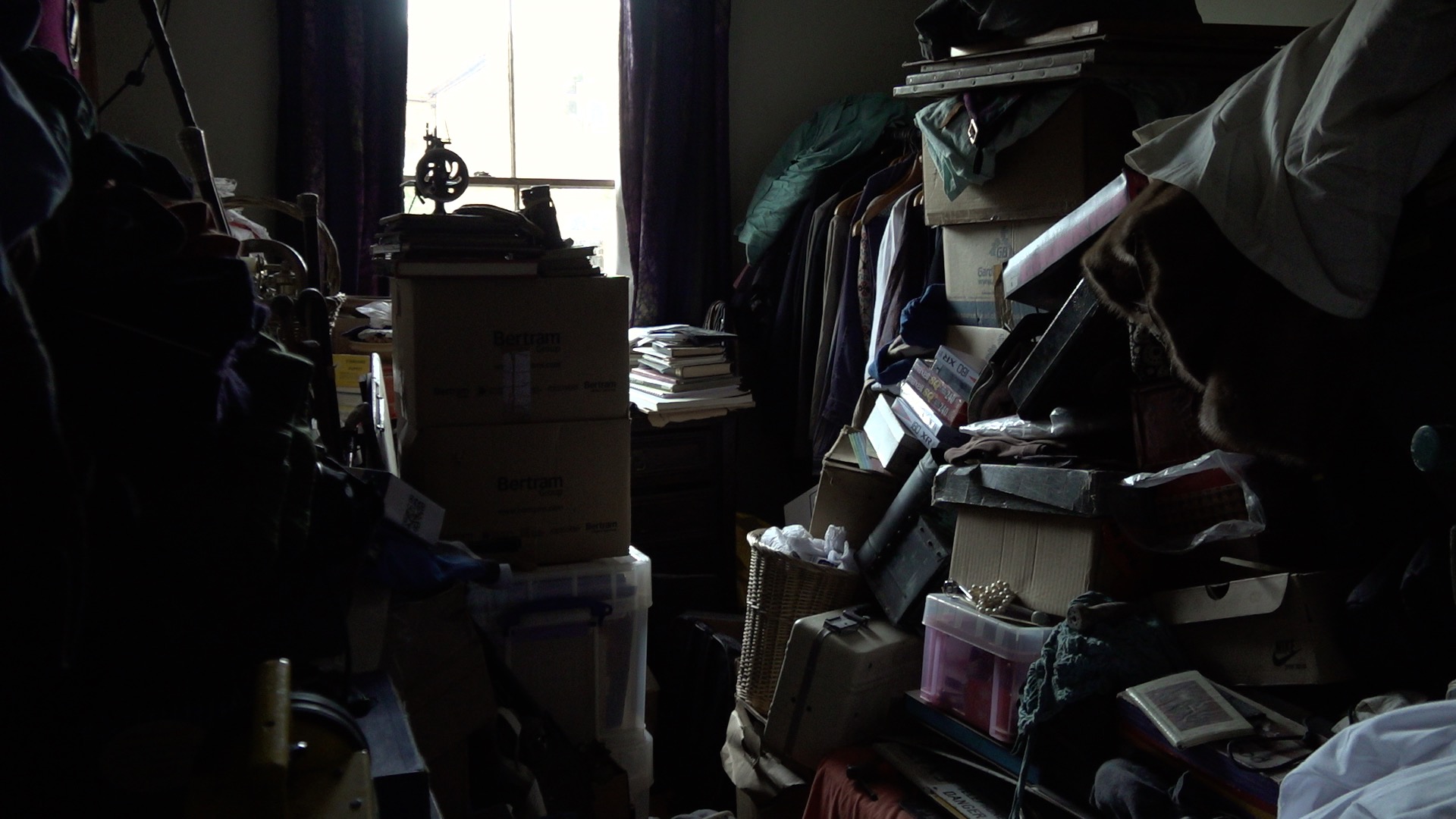 A still from The Society For The Protection Of Unwanted Objects by Roland Denning.

Access is one thing, but there still needs to be a story, and that means some dramatic conflict. In all three films there is a theme of an individual trying to run a business within an increasingly hostile economic climate, but there needs to be something special. What is crucial is that there is a element of tension in the situation from which, in one way or another, a story will emerge. You set out with a firm story idea which you have to be prepared to jettison when reality turns out to be very different. And there has to be humour.

Within each of the films there is a central relationship: in Mario’s Café, it is the waitress who is always late but who Mario doesn’t have the heart to fire. In Derek The Dentist it is the increasingly fractious and bizarre relationship between Derek and his long suffering assistant. In The Society For The Protection Of Unwanted Objects it is between James and his partner Karen who has, perhaps unwisely, leant him money for the formidable and probably hopeless task of reducing his mountain of junk.

Until Covid-19 arrived, I launched each film in a local venue, and I was overwhelmed with the positive response; making films like this is a great way of participating in your local community. Hundreds of DVDs of Mario’s Café were sold over the counter in the café, and it’s had tens of thousands of online viewings, as well screenings on community TV. I shot this film just over ten years ago and I returned recently to begin a follow-up; Mario is now open just four days a week and struggling under Covid restrictions.

Ultimately, of course, these are small scale stories. The subjects of my films are not the most deprived, their problems are relatively benign, their struggles minor by global standards. You might even accuse the films of self-indulgence or triviality, but my aim is to find a deeper story beneath the surface that has relevance to all of us.