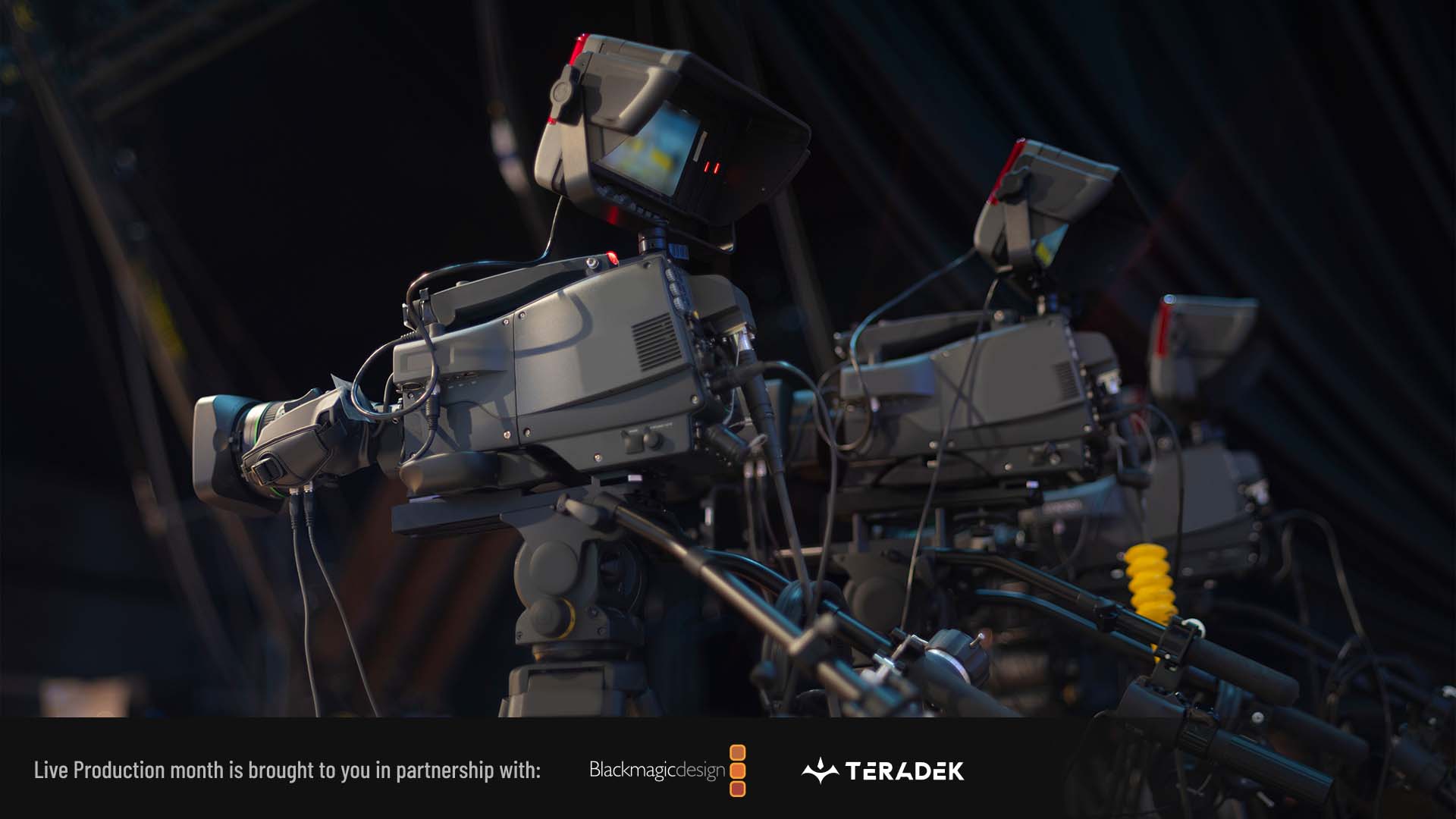 Setting up a live stream has become a lot easier in recent years, but getting it truly right is still an art. We caught up with live stream expert, Alex Pettitt, to find out what the common pitfalls are, and how to make your live streaming experience a much smoother one.

Alex Pettitt is no stranger to live production, having set up a television station at his university before cutting his teeth on productions for the likes of the BBC. If anyone can diagnose a problem with an online live stream, it’s Alex. And while the equipment that is available now has opened new avenues for wider demographics, there are still a lot of things to think about before jumping in with both feet.

Even before the pandemic hit, Alex was already working on productions that would be a portend of things to come,

“We've done a lot, mainly with sports. I did a campaign with the England football team called Lion's Den, which involved bringing the audience into the heart of the 2018 World Cup. We were embedded in the team, producing a live show from their hotel every single day.

“A part of that was remote production as well. I was actually directing the show and running it all from London, because we were limited to how many people could be out at the tournament. We were only allowed a crew of two, plus one presenter.

“Also, they were moving around a lot. With all the matches being in different locations, the hotel was never the same, so it had to be a relatively small set up and mostly remote as well. “

Being ahead of the game is always an advantage, and experiences such as this helped Alex hugely once the pandemic took over the world,

“Ironically, when the pandemic hit, we were doing another studio-based show for the Football Association. We were doing a show called the FA Cup Draw Show, but that was fully studio based. So, when the pandemic did hit, we already had a nice workflow that we knew worked for remote production. Within the first few months, we developed a powerful workflow where were doing everything in the cloud.

“We certainly did well in the beginning with the remote stuff, because we were already doing all sorts of fully remote shows by then where we had talent, crew, directors, and producers, all being able to work remotely from home, while others were only just learning the capabilities.”

When it comes to setting up a live production, Alex is clear, it’s not about the kit you use, but the knowledge of how to use it, and the logistics of the location or studio that you’re streaming from,

“I think a lot of it is down to two things. First, it's having a knowledge base, and probably the biggest thing that you need to check is internet speed. Internet speed is the first thing I check when I go to a venue. For some reason it just doesn't get thought about much by people, and then they go to stream and wonder why it's buffering all the time, or they're just not able to get a feed out. You see it a lot on the forums as well. With the ATEM, it has a feature called caching, which will try and cache the feed as much as possible, so the viewer has a better experience. It's a great feature, but there’s a lot of people out there just not realising how much internet speed they need. The good thing is, with the introduction of fibre, even home broadband now is pretty good these days, especially with the upload speed as well.”

Interestingly, even if you have a good internet connection you still have a decision to make, and that’s how to set up your streaming quality correctly. It’s a mistake that Alex sees often,

“Very often people think, ‘I want the highest quality, so I'm just going to select high-quality’ or on the ATEM, they’ll select HyperDeck High, which is 17mbps. Very little people have that as an upload speed right now. It's a mistake I see quite a lot.

“So, the first thing I would do is just run a speed test and find out what the upload speed of your line is. But I would bear in mind when you're running it to try and mimic a similar time of day to when you plan on going live. Also, find out if the connection is dedicated to you or part of a company where you might get a bunch of people using that connection for business as well.

“Let's say you've got 20mbps upload speed. You're not going to want to push out a full 20mbps. You're probably going to want to push out around half of that. And this is the second part which quite a lot of people don't tend to look at or know. Most platforms will give a recommended output bitrate. YouTube, for example, will say if you're streaming in 1080p at 30 frames per second, they recommend a maximum bitrate of 6mbps. If you're doing 50 frames per second, it's around 9mbps. YouTube is a classic example of where, if you push much more than they recommend, it will start throwing up errors and it will cause even more buffering. That’s why it's not just a case of throwing more at it and hoping it will look better.”

Sound is another area in which problems can arise, particularly if you are using a mixed camera setup. Audio latency can be a tricky problem to solve if you are bringing your audio in separately from the camera’s HDMI feed, but Alex has some sage advice on how to solve it,

“Let’s say you've got a wireless mic. If you plug the mic directly into your camera and you bring in the audio and video down the HDMI to your switcher, then it's going to be perfectly in sync. It will never drift out of sync. The other way is you can do an audio or synchronous audio delay, so you can separately delay the audio, but it's up to you to work out what those timings are.

“The way I usually do it is to hit record on, let's say, the ATEM Mini, then when you are recording, just do something loud like a clap or something like that. Then on the timeline, you can physically see the spike of the audio from the sound of the clap and then you can see the moment where your hands touch together, and you can count the frame difference between the two. Then you can go back into the ATEM and you can add up to eight frames of audio delay. Then do another recording and make sure it's all in sync.

With something like OBS, for example, you must set a millisecond rather than a frame delay. You can work that out mathematically. Once you've locked it in, it shouldn't ever drift. Where people start having issues is when they're mixing and matching cameras. Because the HDMI output of a Panasonic, for example, has a different delay than the HDMI output of a Blackmagic camera.

“So, if you start mixing and matching different cameras and models, you might see an audio mismatch there. And really, there isn't much that you can do about that. My advice is always, if you're going to do a multi-cam setup, try and use the same camera where possible.”

Failing to prepare is to prepare to fail, as the saying goes. Nowhere is this closest to the truth than with live streaming. As far as Alex is concerned, preparation is the absolute key to everything,

“I think probably the biggest thing is just in general preparation. I say to all my clients, you are not paying me for the hour long live-stream, you're paying me for everything I'm doing before that, and all that knowledge as well as handholding so I will know how to troubleshoot if something does go wrong. It even requires testing the internet connection at the same time of day that you're going to go live a day ahead for the real thing. Testing all the set ups, the various graphics, and the videos that you plan on using. A successful livestream is all about testing and preparation. If you've done all the testing, you shouldn't have any issues at all.

“Very rarely do I find that you can just go live or set up and go live without having done any sort of testing, because it's almost a certainty you’ll have issues on the live broadcast.

"I would say that one of the biggest things to develop in livestreaming is just the understanding of how everything works and how to troubleshoot."

If you want to find out more tips and tricks of the trade, and how to get the best out of your live streaming setups, visit Alex's YouTube channel.