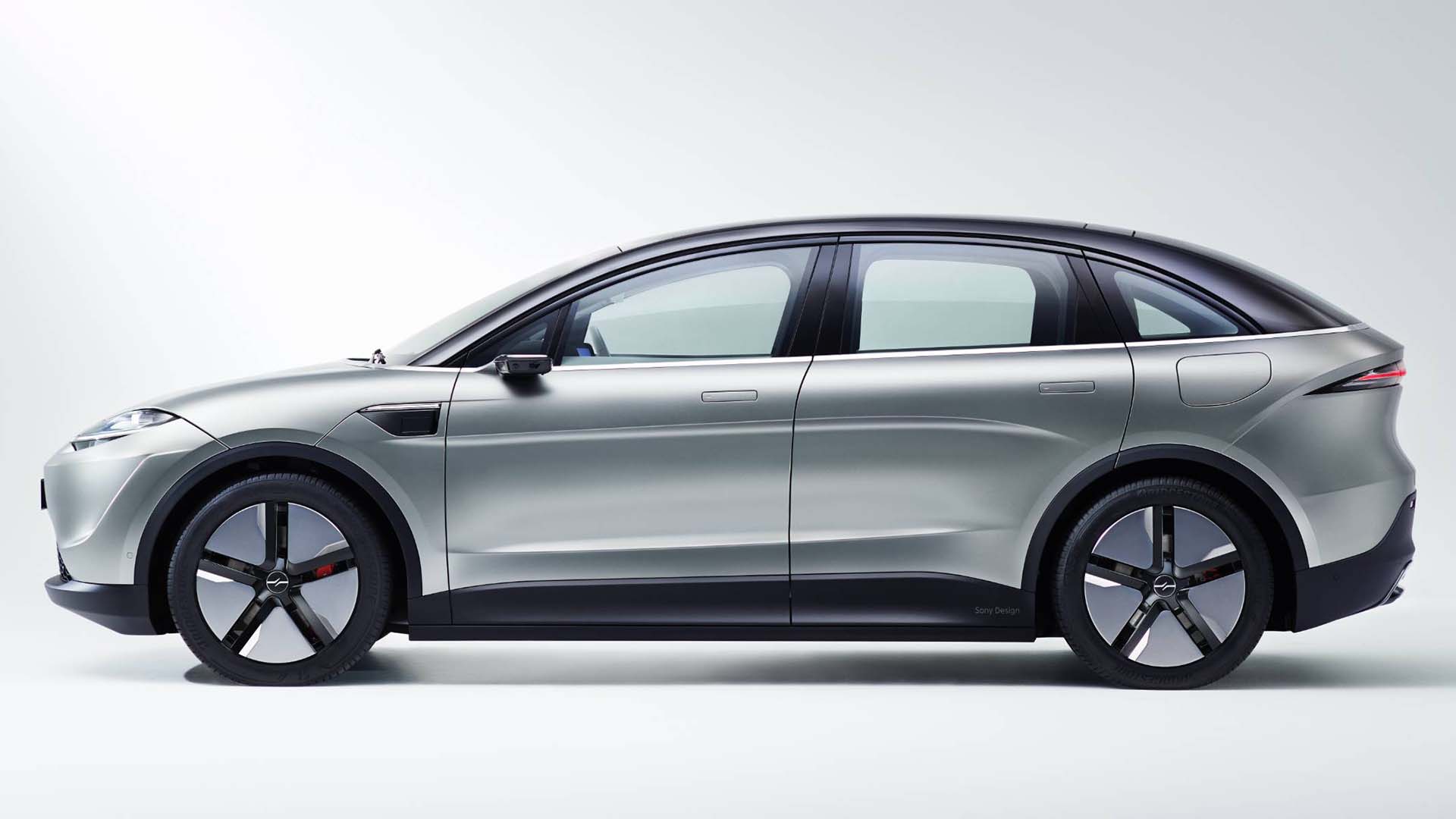 At CES 2022, Sony has announced it is testing a follow-up to its first electric car prototype on public roads in Europe.

You wouldn't normally associate Sony with making cars, but this is precisely what it is doing. Previously the company produced the Vision S-01 vehicle, but now it has begun testing a new prototype SUV, the 7-seater Vision S-02.

It has to be said that the Vision S series does bear more than a slight, ahem, resemblance to a certain other manufacturer's electric cars, but the Vision S vehicles are entirely designed by Sony.

The cars have been designed with the final aim of achieving level 4 or higher autonomous driving in the future. They are laden with sensors to monitor road conditions and the condition of the occupants inside the vehicle. Currently, the cars achieve Level 2+ driver assistance for aspects such as lane changing, adaptive cruise control, braking, and self-parking. But they have been designed such that the software can be upgraded continuously to increase the car's capabilities. 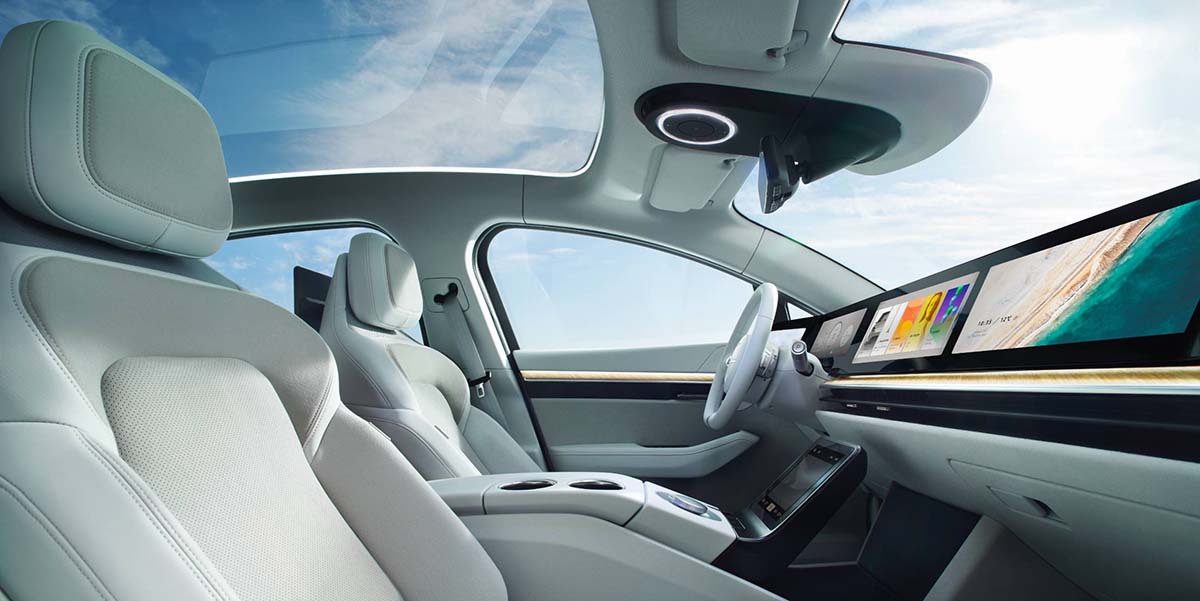 The interior of the Vision S-02 car. Image: Sony.

The Vision S cars have been designed to make things as efficient as possible, including aerodynamics. You won't find wing mirrors here. Instead the interior of the car features two high resolution monitors to replace them, making the interior rather "Knight Rider" like in some respects!

The idea that Vision S is KITT without the speech box continues when you consider the driver monitoring systems. The car will not only monitor the driver's facial expressions and body language to read concentration and fatigue levels using ToF (Time of Flight) sensors; it will even adjust the cabin's temperature based upon its findings. Additionally, the Vision S features lip-reading sensors so that the car can recognise speech commands even in noisy situations.

The Vision S-02 SUV prototype, and its predecessor, the S-01, are not final production vehicles, and there are no guarantees that Sony will ever mass produce these particular cars. However, through its new division called Sony Mobility, we know that Sony is aiming to enter the EV market. Moreover, the amount of design effort that has gone into them would suggest that we'll likely see some version of them on the roads eventually.

The S-02 car is now undergoing testing in Europe for Level 2+ Advanced Driver Assistance Systems (ADAS) verification. The company has also been performing experiments using 5G, connecting Japan with Germany so that cars can be updated for additional security and safety features remotely. 5G plays an integral part of the cars systems design, and it appears that experiments with low latency signals extends to control of the car itself. Sony teamed up with Vodafone Germany to test this successfully, and the results can be seen in the video below when a Vision S vehicle, situated on a test track in Frankfurt, was smoothly controlled remotely from Tokyo.

Sony's entry into this market shouldn't be a complete surprise. Traditionally car makers have been very mechanically focussed, and although modern cars are full of sophisticated electronics, the manufacturers do not have the same expertise or resources that a dedicated electronics company such as Sony has.

In effect, Sony making a car is a bit like an Apple eco-system in that it has control over the design of the car itself and the electronics that control it, hopefully making for a better user experience and a less fragmented approach to actual manufacture. There are advantages and disadvantages to this, but Sony is not a company that screws up very often. Given how advanced in design the Vision S prototypes are, it's clear that Sony is incredibly serious about them. That should not only give pause to existing carmakers, but it might just be making Elon Musk have sleepless nights as well.