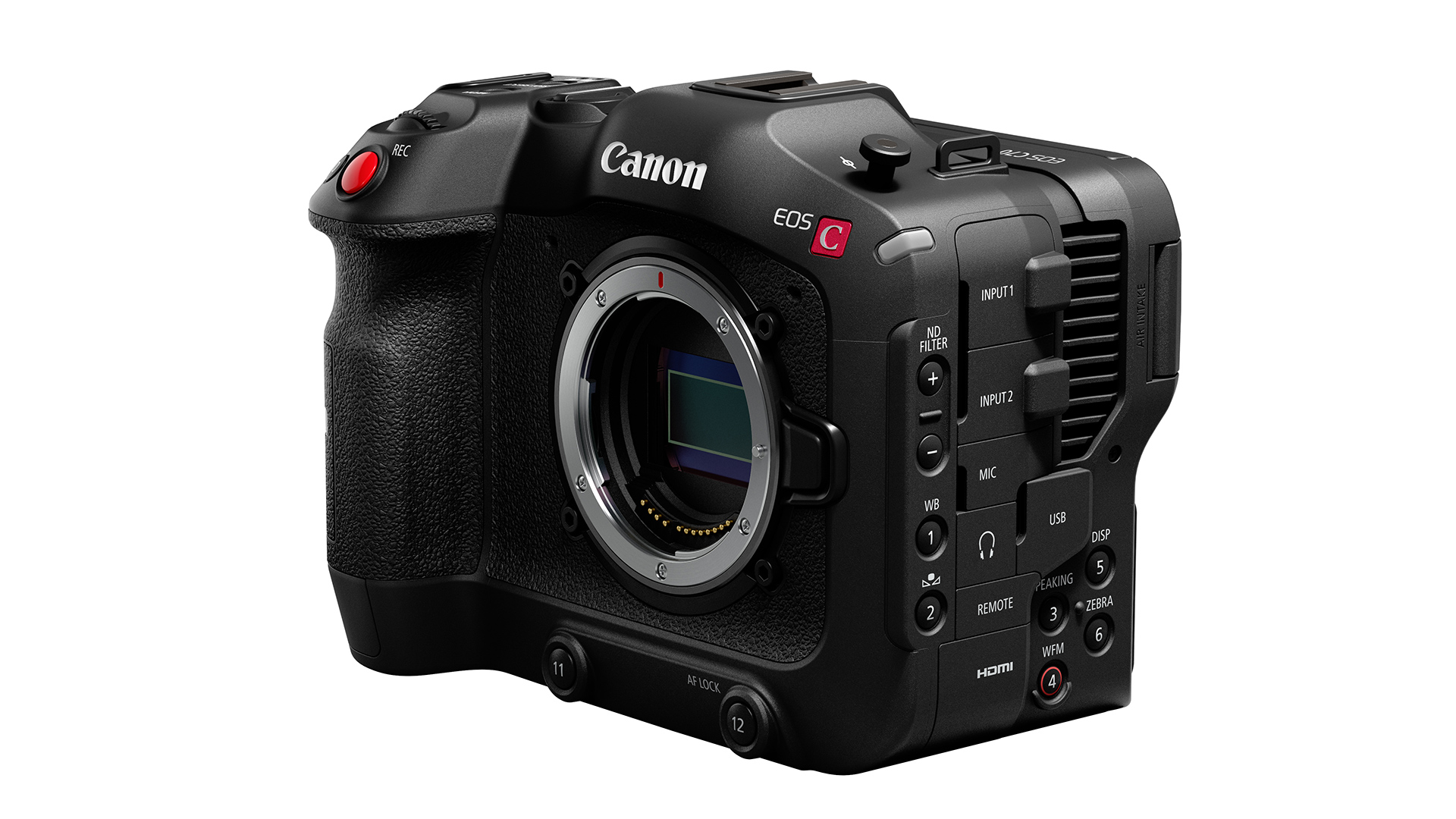 Canon has expanded its Cinema EOS line of video cameras with the introduction of the EOS C70 4K Digital Cinema Camera.

The Canon C70 has been announced.

The C70 breaks new ground as the first camera sharing the RF lens mount with Canon’s mirrorless cameras, including the cinema-oriented R5 and R6 cameras.

The unibody design of the camera creates a manageable form-factor and minus lens and battery weighs a mere 2.6 pounds. While it may look like an oversized stills camera, it is definitely a dedicated video device with an important feature not present in mirrorless cameras that do still-video double duty. And that is built-in ND. Because of the short flange depth of the RF lens mount, Canon was able to include a motorized 10-stop ND filter in increments of 2,4,6,8 and 10 stops. 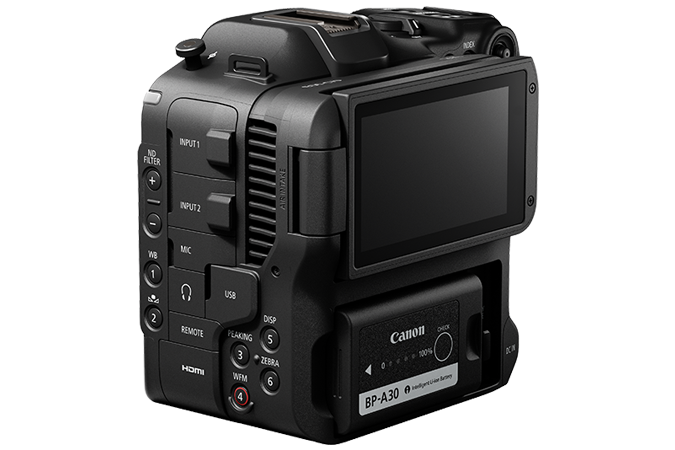 Canon informed us at a press briefing held last month (and we’ve been biting our lips not to reveal anything about the C70) that it shares a sensor with the EOS C300 Mk III with the “next-generation” Super 35 DGO Sensor. This sensor can extend DR and lower noise by reading each photodiode site with a gain that prioritizes saturation to protect highlights in detail areas plus another reading that suppresses shadow noise. Canon maintains that this can achieve up to 16 stops of DR. 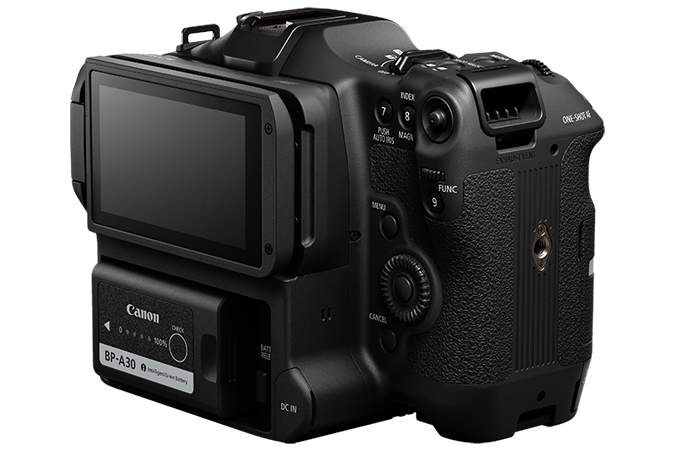 Recording is to XF-AVC variable bit-rate codes with a choice of I frame or Long GOP. Like all EOS Cinema cameras, it writes to an MXF wrapper. Bur it is also the first in the Cinema EOS series to write MP4/HEVC Long GOP 10 bit video in either 4:2:2 or 4:2:0 bit depths.

There is an integrated touch screen panel.

Gamma settings include a choice of Canon Log 2 or 3, PQ and HLG. It will record up to full 4K DCI internally. UHD recordings are supported up to 120 fps and 2K/HD can record up to 180 fps.

It only records to SD cards with dual available slots. 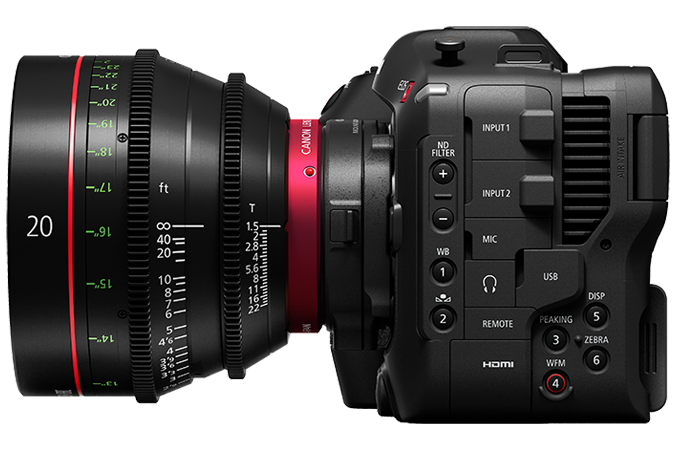 Canon is targeting the C70 at C300 users looking for a B-camera or shooters who need a highly portable camera suitable for handheld, small gimbal or higher-capacity drone work. We see the C70 has an important adjunct and entry-point into the EOS Cinema line and it should appeal to a wide range of users.

Canon has also announced a $599 EF-EOS R 0.71x adapter. Canon users have a significant investment in Canon’s EF series of lenses. There is at the moment a more limited range of RF mount glass. This adapter will allow the use of full frame EF lenses on the Super35 sensor C70 with an increase in camera sensitivity of one stop. Readers may be familiar with the Metabones and other similar adapters. The EF-EOS R 0.71 preserves the FF image and also provides full electronic control and exchange of metadata between EF lens and camera.

We look forward to some hands-on time with the C70 later this fall.