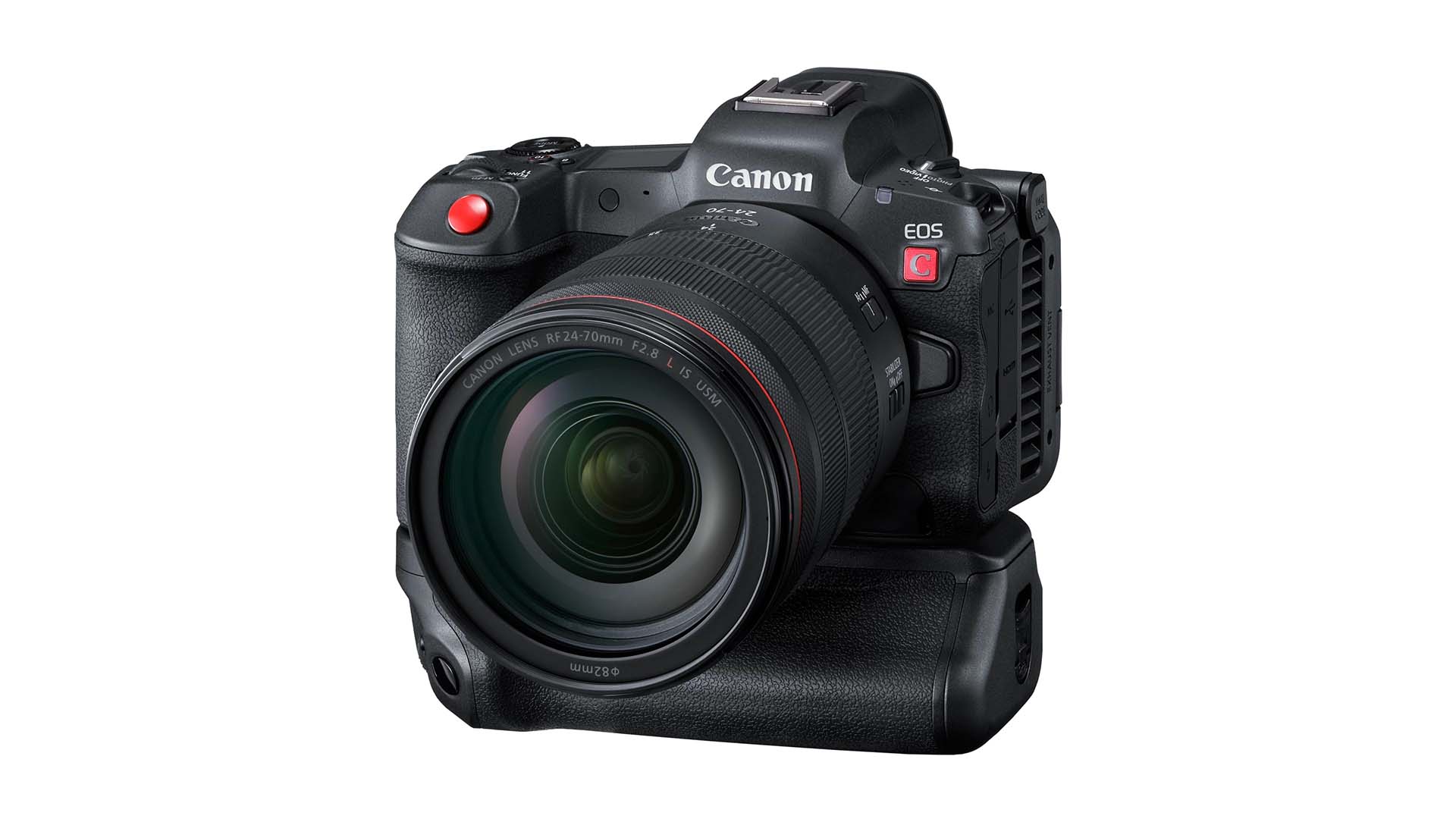 Canon has announced a brand new compact cinema camera, the EOS R5 C, capable of 8K up to 60fps.

If you're wondering if the R5 C is a variation on the R5 mirrorless stills camera, you'd be right. The EOS R5 C is a hybrid cinema camera. It can take stills images in a similar way to the R5, but it is very much video focused. As Canon told us during the initial briefing about it, if you are primarily doing stills with a bit of video you will want the R5, but if you mainly shoot video with some stills then the R5 C will be the camera you need.

The concept reminds me a bit of the Panasonic S1H in that the EOS R5 C takes the sensor and main internals off its stills focused brethren, including the well-renowned autofocus system, but it extends the rear of the body to include a fan cooling. system to make recording limitations and thermal issues a non-issue. 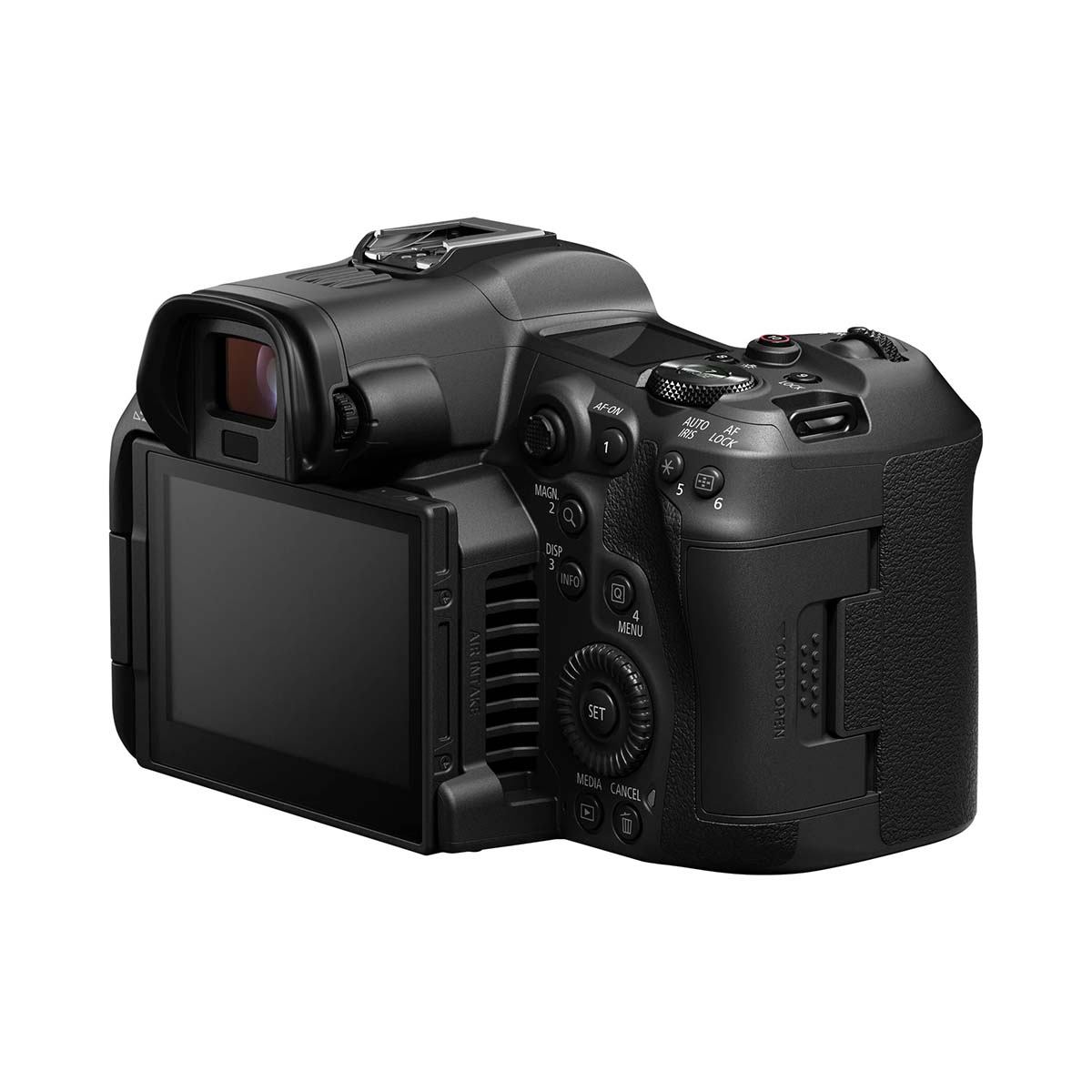 In stills mode, the R5 C can capture 45MP images at up to 20 frames per second, so it's certainly no slouch in that department, but it's the video capability that is the most interesting, and its main forte.

Not surprisingly these high frame rate capabilities filter down to the 4K modes as well, allowing it to be capable of unlimited recording in 4K at up to 120fps.

Interestingly, the camera uses two totally different menu systems depending on whether you are in video or stills mode. It features a large rotary dial to switch it into either mode, requiring a reboot if you change it. In stills mode, the camera features the familiar EOS stills camera menu system and interface. Put it into video mode on the other hand, and it boots up an OS and menu system that will be familiar to anyone who uses the full-size EOS cinema cameras. 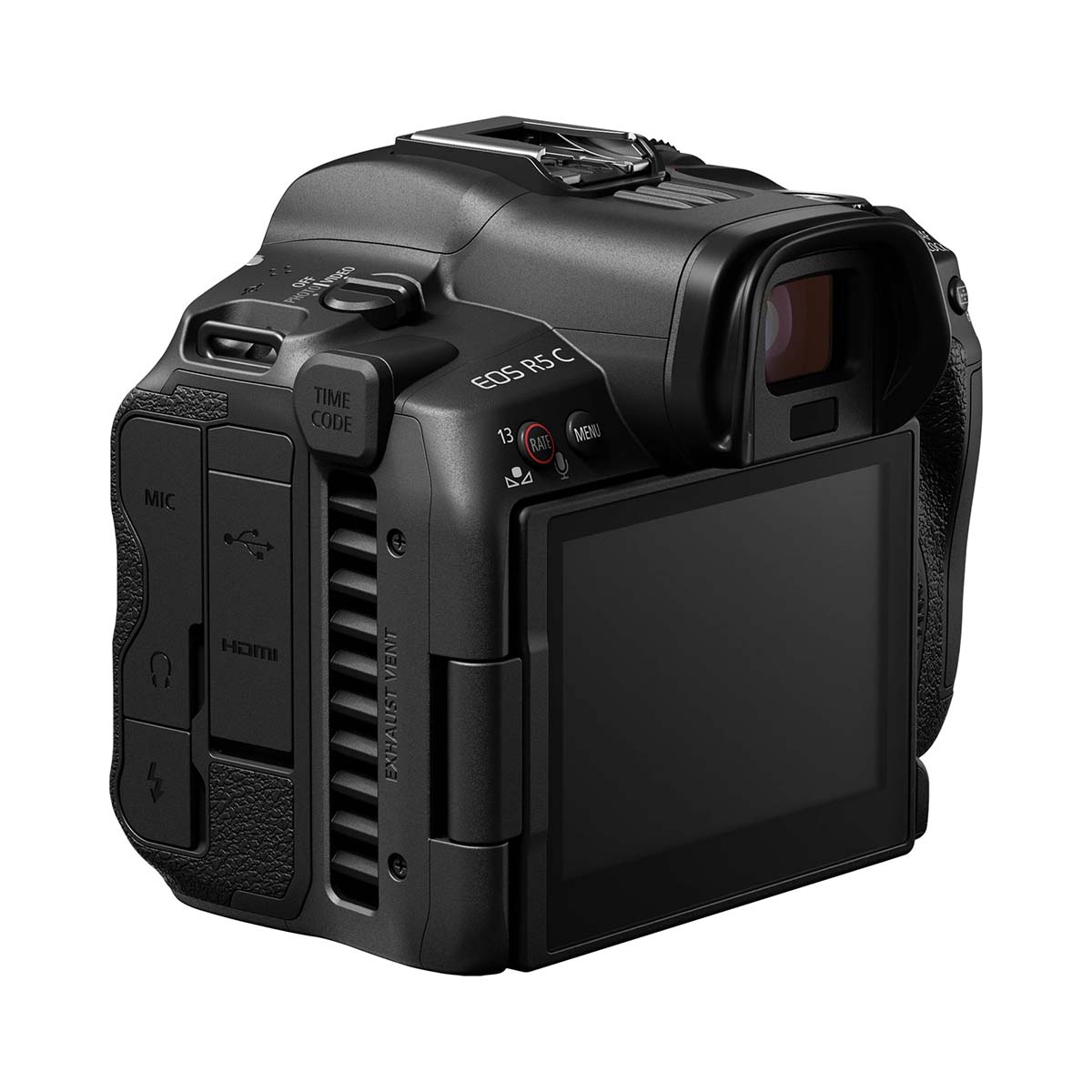 Being a full member of the Cinema EOS. line, the R5 C features Canon Cinema RAW recording at 12-bit precision in three qualities, RAW HQ, RAW ST, and RAW LT. It can also record 10-bit XF-AVC format up to 810Mbps, along with MP4 options as well.

The R5 C has two CFexpress 2.0 Type B slots for recording cards, and when recording 120fps in 4K, audio is also recorded and there's no cropping on the image.

Another nod to its Cinema EOS heritage is that timecode is supported, with an in/out terminal separating the system further from the R5 and the rest of the stills range.

Another difference from the R5 is that there's no IBIS system, due to it being less useful for video work than it is for stills. Its exclusion also helps to keep things lighter at 680g, although on a personal level I would have liked to have seen an ND system as a substitute, much like the very similar EOS C70.

Despite the addition of a fan cooling system, the R5 C still features the same levels of environmental protection as the R5, so those working in inclement weather shouldn't have anything to be concerned about, as long as you are combining it with weather-resistant lenses. 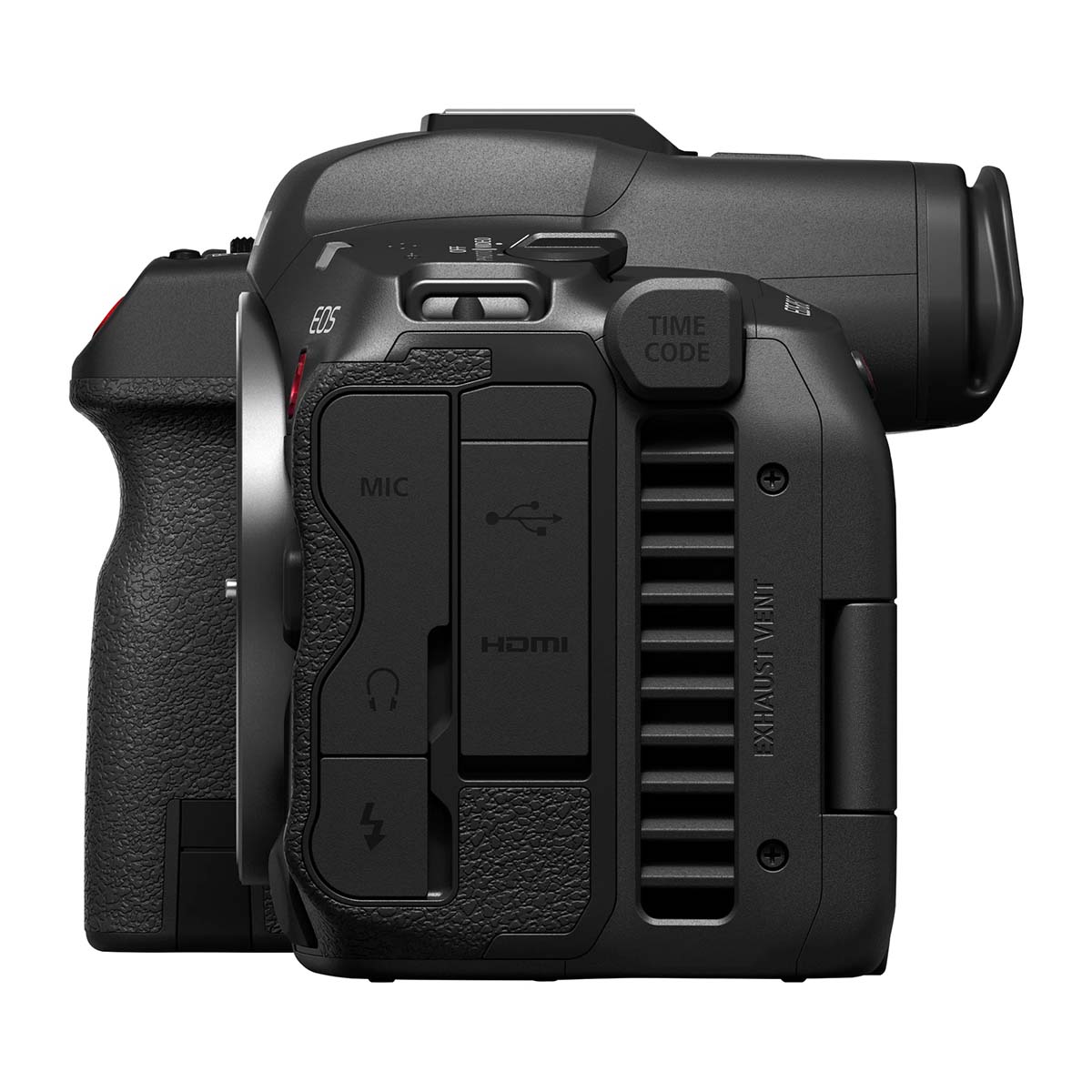 Canon's new multi-function hot shoe, as seen on the XF605, features on the top of the body, giving compatibility with Canon's Speedlight 470EX-AI and the TASCAM CA-XLR2d XLR audio adaptor.

As seems to be par for the course these days, the camera features a dual base ISO system to allow shooting with minimal noise, even at high ISO settings. This feature is only available in video mode, not in stills.

Lastly, the camera is compatible with Canon's bizarre Dual Fisheye lens, which can be used to shoot 180-degree VR content.

We'll let you know what we think once review samples become available, but so far it looks like it'll be a great little camera system to compliment the larger models.

A new firmware update for the EOS C70 that is due in March adds a Cinema RAW Light LT 4K recording option, and XF-AVC proxy recording. There's also some new Frame and Interval recording options for shooting stop-frame animation and time-lapse video.