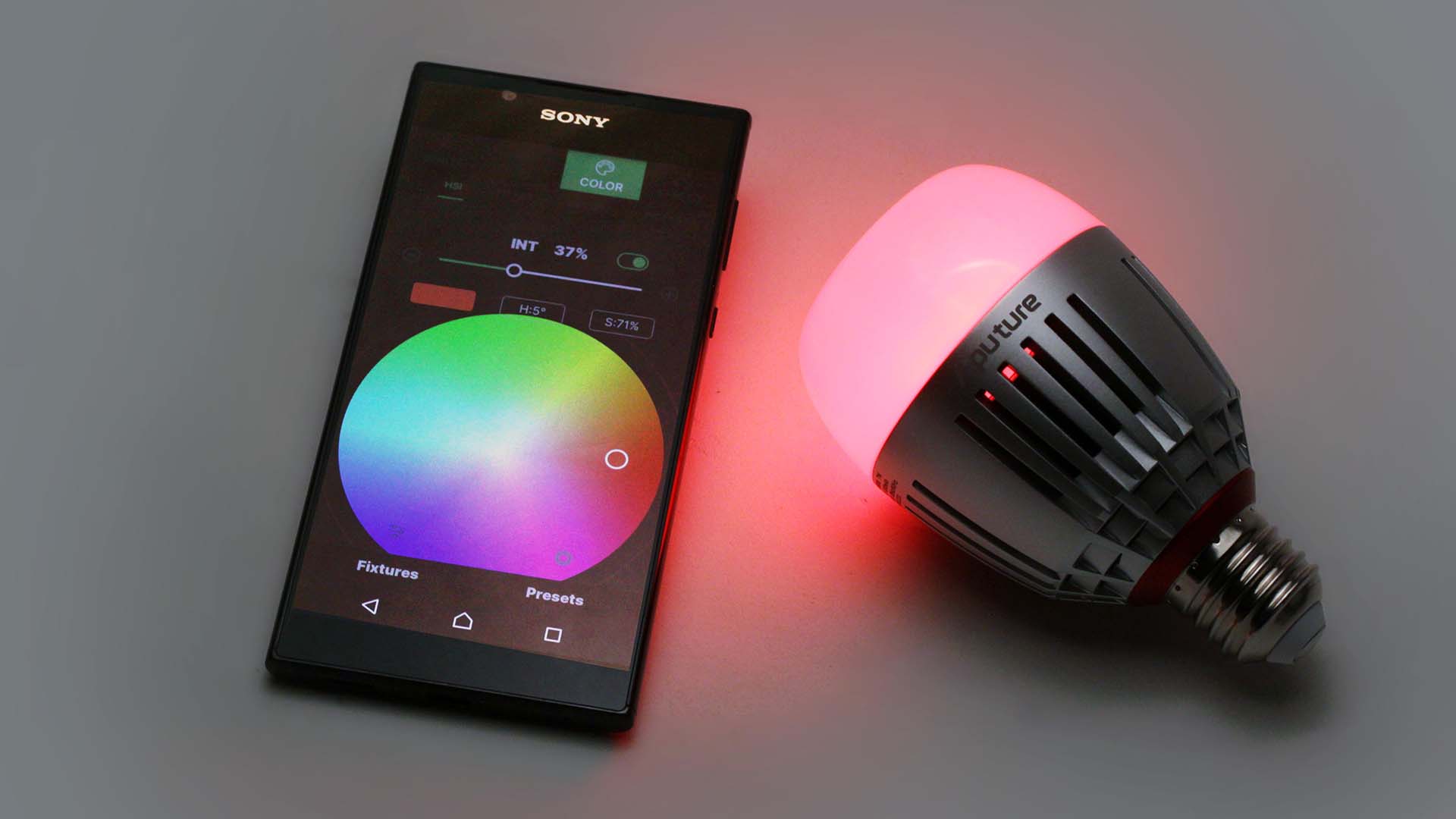 Phil Rhodes is tired of all the different apps needed to control lights. Just stop it!

The fact that all our lights now have lots of clever features is great. The fact that we can control those features wirelessly is also great, and it's great that we can often do this with the little pocket-sized computers with built-in radio data modems that we all carry around these days.

So, let's adjust our DMG Maxi Mix panel using the convenient myMIX® App 2.0, then flip into Sidus Link for a quick tweak of the Aputure 600D. That makes the Astera tubes look a bit too bright, so it's time to move over to AsteraApp (The most powerful lighting control App for film and event lighting, according to the bold claims of its publisher) and make some changes there. Fiilex just calls its app WiFi Controller, so it's easy to find on the home screen when we need to trim the Q8 Travel to take out a little of the warmth, but we might have to look twice at the icon to remember that SmartLite is the app we need to talk to our Litepanels. Hive Shot is more easily identified, then, once we've finished tweaking the Hornet, we can repair to Luminair to control everything that talks wireless DMX, or at least we can with suitable Art-Net or ACN bridge.

What did it take to land people on the moon, again?

To be completely fair, a lot of the lights we've just gently lampooned fully support one or more standard control protocols and in theory much of it could be done from within a single user interface. That would require some quite low-level tinkering, though; manufacturers such as Quasar (though this is emphatically an industry-wide problem), whose products are quite a bit more than just "a light," publish DMX control maps for their devices which can use up to ten DMX channels per pixel to make all of the most sophisticated features available. 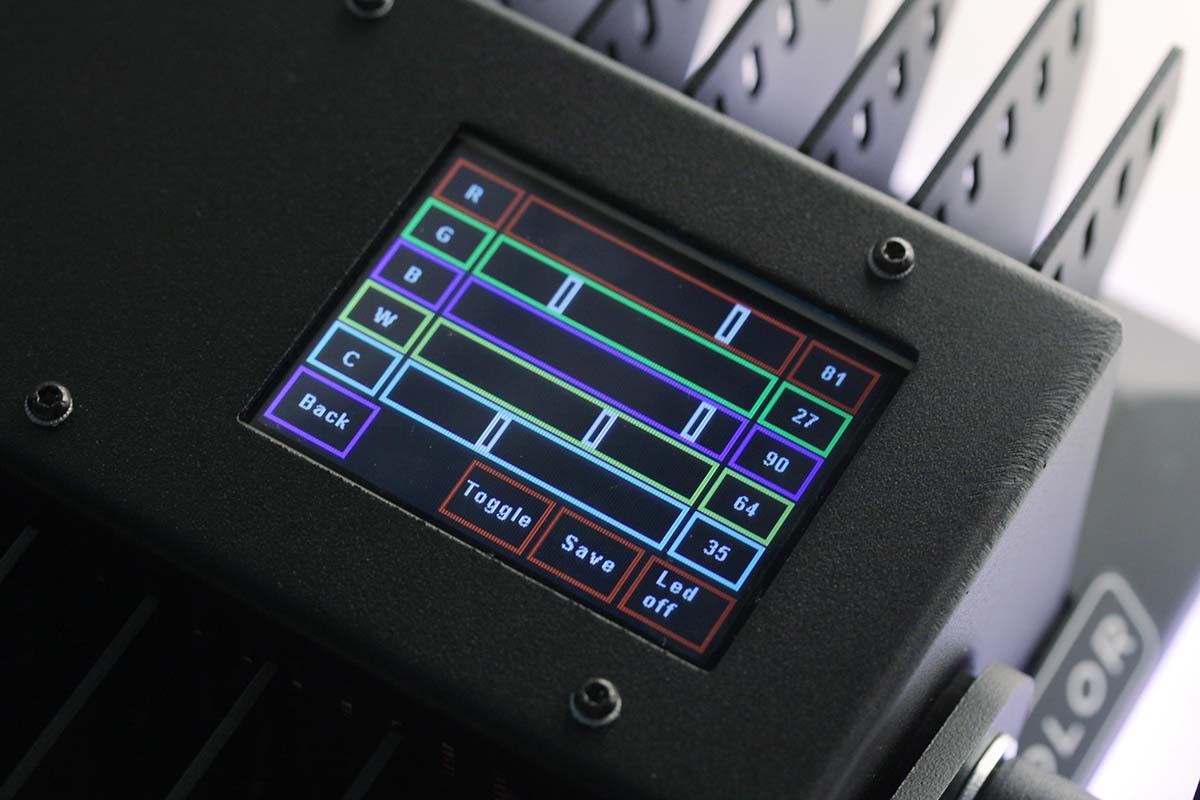 The control panel on a BB&S light.

Manufacturers often provide presets for popular lighting control consoles, but the fact that it's 2021 and we even might have to worry about assigning pairs of 8-bit channels to single 16-bit values is a reminder of just how primitive lighting control can be. DMX is one of the older digital control protocols in use, dating back to 1986, and to call it a "protocol" is a little generous; it's a way of sending 8-bit numbers around, and any meaning assigned to those numbers must be externally defined. Compare USB, which is ten years more recent and has a lot of ability to report the type of devices connected to it.

Solving this for LEDs means bulding a bridge between the device-specific specialism of the manufacturers and the basic provisions of DMX. It's a feat of standardisation. To be fair, there's likely to always be features that are difficult or impossible to standardise; modern lights sport extremely variegated features which might defeat a standardisation effort. One example of this is Creamsource's creditable dedication to shutter-synchronised strobe effects. DMX isn't (generally) fast enough to directly control that, so it will always rely on at least some internal features of the light which can't easily be represented in a universal user interface.

Still, there are already efforts in the wider industry to do certain things that might help here. Some lights support CIE xycolour selection; once they all do that, if we all agree where the x, y and brightness sliders go and what range of values should be represented, that should cover a huge majority of use cases. Features like plus and minus green adjustment could be handled similarly, and without treading on anyone's proprietary technology.

Probably the biggest problem with this is that it'll make all the lights look like they do more or less the same thing, but it could certainly work well enough to make a more consistent approach to user interface possible. None of this prevents a manufacturer offering an app to cover sufficiently complicated use cases and nor does it have any tendency to stifle innovation; it'd just make things easier in the vast majority of setups where most things are, mostly, fairly straightforward.

In the end this is a problem that the intelligent lighting people who work in events and theatre have long been trying to solve. They're more usually using large lighting control desks for which the presets work well, and so are perhaps less exposed to the rough edges of the status quo than film and TV people who might rebuild the setup a dozen times a day. As so often, it's only the world's resistance to standardisation that prevents us from solving this problem in the wider sense.

Now, which app was it that controls that light over there...