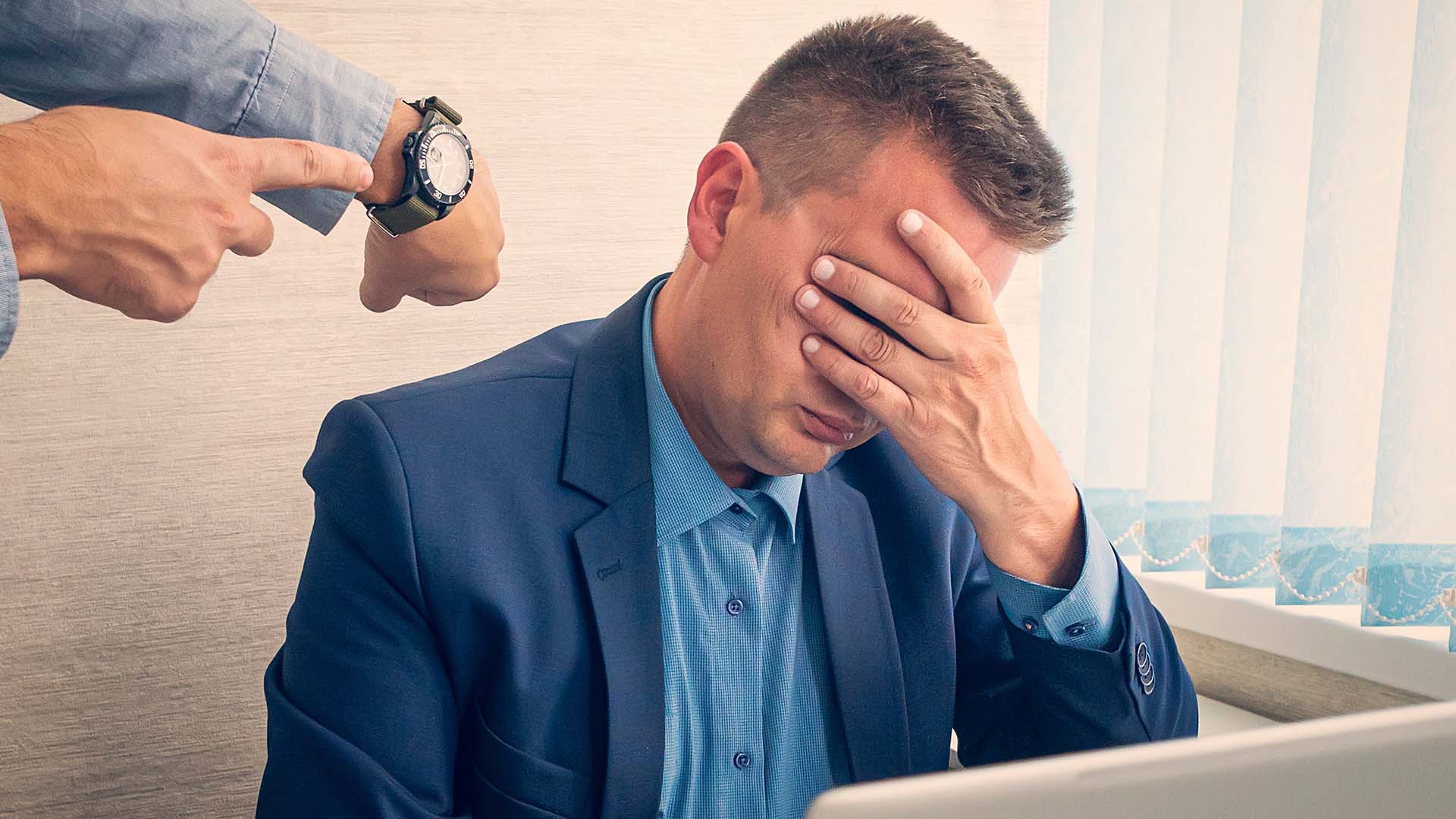 Replay, and a pertinent one as we approach IBC: Why are some products delivered late? Is it just a case that they are announced too early or is there more to the whole process than that?

When you're designing a new product, it's not finished until it's finished. That may sound obvious but it's something that's often overlooked by eager customers. It's not always their fault because typically there's a flaw in communication between a manufacturer and its users - for example, a customer is told something like "we think it will be ready by Q3 this year", when what is actually meant is "there is a possibility that it will be ready by Q3 this year". Break this down even further and you realise that it actually means is "there are still some problems that we don't have solutions for, but, if we're lucky, we might have fixed them by Q3 this year."

Meanwhile, customers are booking jobs based on an expectation that they'll have their new equipment or software by the end of Q3 at the latest.

No manufacturer likes to use the word "problem", because that suggests that they are not on top of their game. But, in a sense, every design and manufacturing situation is a problem that doesn't have a solution until the product is finished.

Broadly, you can split this overall "problem" into two types: hard problems and everyday problems.

Hard problems are where an idea for a product isn't working yet. These are issues where, if they're not solved, the product isn't going to be able to exist in the way it was originally envisaged. Someone might have got a decimal point in the wrong place in a design calculation, or the expected performance of a part of component might be so far out of line that the product's not going to be viable unless an alternative can be found.

Everyday problems are where there might be a supply shortage, or where something doesn't fit properly and has to be re-sourced. It might also be that a container-load of product gets stuck in customs because the revenue officers might not know which box to tick for a "Portable Pro Res External Recorder" on their list of livestock, vegetable produce, SUVs and MP3 players.

The thing about everyday problems is that they can turn into hard ones. If there's a unique supplier for a component, and they go out of business, then that could scupper the whole project. And the point is that you don't know what's going to happen until the end. So giving a delivery date in advance of any hard or even an everyday problem is laced with potential difficulty.

There are similar problems with software, although downloading means that the logistics of delivering software are rarely a problem.

Software is essentially a really complex machine that needs testing and maintenance just like its physical counterpart. But that's something that's often overlooked in the eager minds of future users. Just because an application loads, doesn't mean that it's stable, and while the only input that a world processor has to cope with is a string of ASCII characters, video production software has to deal with an almost endless variety of resolutions, frame rates and - worst of all - codecs. And it has to do all of this while stressing the host computer to the limit to deal with extremely high data rates and humungous processing demands.

And remember that, even though a software application might have been in development for 20 years, it only takes one line of rogue code to make the whole package unstable. Sometimes, a software package that's worked well for a decade can be rendered unusable by an external change to an operating system, computer hardware or even a peripheral with a troublesome driver.

All of which leads to the strong advice that if you're planning a project, do it with software that you already have or which has been tried and tested over a sensible period of time. Whatever you do, don't use Beta software for a project that your financial wellbeing or your reputation depends on - Beta software is, by definition, unfinished and potentially dangerous!

On the other hand, if you've got a spare computer, and some time on your hands, by all means use Beta software and give valuable feedback to the manufacturers.

Software and hardware might appear to exist in completely separate domains, but today's reality is that almost every new product today that can't simply be downloaded actually depends on both hardware and software - and this is not just software like the code that controls your microwave oven: it's software that defines the entire functionality of a device. Some new types of products are essentially just a computer with some specialist I/O that not only have their own operating system but might contain several different categories of processor that each do specialist aspects of the product's overall work. For example, there might be one that controls a touchscreen and runs the user interface, and another that processes video - converting uncompressed video into Apple ProRes or Avid DNxHD for example.

All of which means that when you buy a device like a camera or a field recorder, not only does it have to be manufactured in the sense that it's a physical product, but multiple layers of software have to be written and tested. In order to keep the price down, much of this software is hand crafted (as opposed to being based on widely-available libraries) to pack as much processing functionality as feasible into as cheap-as-possibe a processor.

This aspect can make it even harder to finish a product, because what might work well for one resolution and framerate, might stubbornly refuse to work at all for another one. Fixing this type of issue might take an inordinately long time in proportion to the overall functionality. Often timing issues can scupper long-held plans. Certain combinations can sometimes throw a whole system out of spec and need a completely different approach.

The upside of software-defined is that they are immensely upgradable (especially if they have touchscreens). The downside is that a tiny change, or additional piece of functionality, can make the whole thing fall over.

Modern manufacturing is an absolute miracle. The same technology that can turn out extremely cheap and nasty products for mass markets can create very high-quality, complex products for professionals. It's just a matter of emphasis and manufacturing costs.

What this means is that a very small, start-up company can create products that, just a decade ago, only major, global players like Panasonic or Sony could have made. And they can do it quickly too. There are literally hundreds of manufacturing facilities worldwide that can take plans and turn them into reality almost overnight. But these facilities can only work with the parts that they are given, and if they have to integrate, say, a camera sensor into the product, and the sensor is below spec, then that has to be sorted before the product can be finished.

That parts are available at such a high level of integration is near-miraculous. Just look at what the motherboard in a typical smartphone can do and you'll understand that if you were going to design every aspect of that then it would take hundreds of man-years. Today, as a manufacturer or integrator, you can buy products like these off the shelf and include them in your designs.

But it still all has to be "glued" together. It's the glue that often takes the time.

And when it does all work, what you have is a prototype, not a finished product. Because what you have to do then, is scale up for production.

If you're under pressure (which can mean time or financial, or both) it's tempting to make a large batch the moment the manufacturing prototype is signed off. This would have two advantages: if you build in bigger batches, your costs are lower, and it means that you can satisfy more of your eager customers sooner rather than later.

But what if there's a problem that you missed, or something that is introduced by the mass-manufacturing process that wasn't present in the prototype? What happens then is that you have a warehouse-full of products that you might never be able to sell. At the very least you'll have to do retrospective work on them to fix them and that will wipe out your profit in this large first batch, to say nothing of the bad PR from having a huge number of disappointed customers.

So it's better to build early products in small batches. But that leads to the familiar scenario where you meet a delivery date on paper (ie "we'll be shipping in Q3) but, in reality, only a few products find their way out and you'll still be left with large numbers who have to wait longer than they expected.

So, to sum up: we have access today to products that are not only powerful beyond our wildest dreams from a few years ago, but which are one or two orders of magnitude cheaper as well. If you want an example, just look at a typical field recorder, which might cost $1000 or $2000, which can pretty much do everything that a studio VTR could do ten years earlier at a 10th or 20th of the cost, at 100th of the weight, and it runs for ten hours on a battery, and it uses better compression as well, and a higher resolution. It's the same with cameras.

But these machines are no less complex. In fact, some portable devices have around seven billion transistors in them, and someone has to tell those seven billion semiconductors what to do, or there would be chaos.

So, that's the technical stuff. There's another reason for delays as well, which is simply that, occasionally, a manufacturer will simply make up a delivery date for a product that isn't even designed yet. That's a different sort of problem for potential buyers, because their purchase could be years late. I'm sure we all have our favourite examples of this sort of thing.

So, by all means order products as soon as they're announced. But don't book any work that depends on them. If you must use beta software, or products running beta firmware, have a plan "B" and cater for every possible outcome, including the loss of all your material.

But also enjoy the fact that we live in an era where even creators with the lowliest of incomes can have access to tools that will not constrain their creativity in any way. And please understand what the manufacturer has to go through to bring you these amazing products.