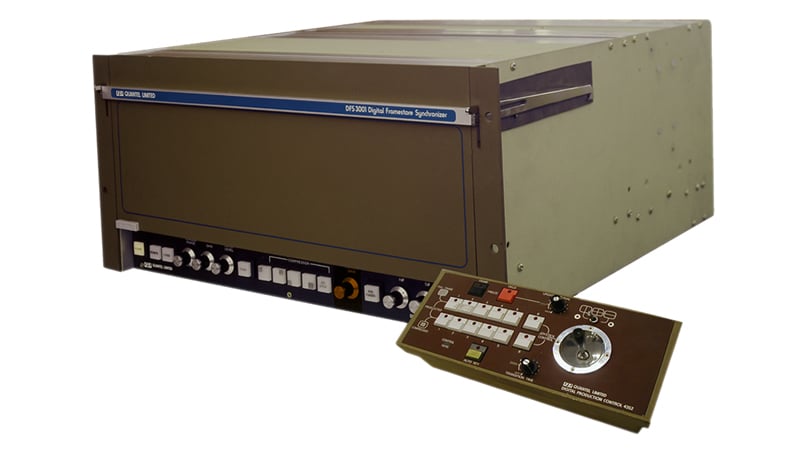 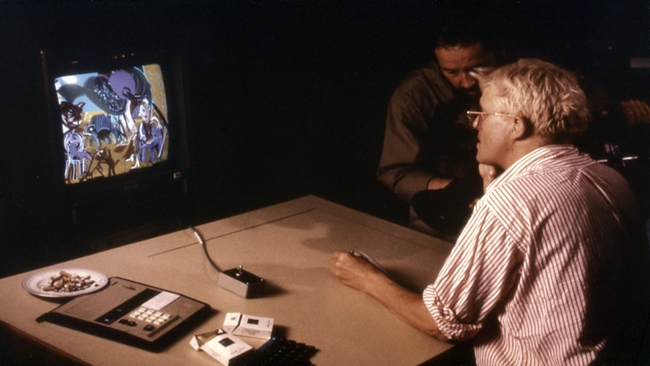 Quantel - 40 years old and as fresh as a daisy!

If you could find a listing of all the exhibiting companies at NAB in say 1980 and compare it to the list from 2013, there would not be many names on both lists . Perhaps that’s not surprising; television was a very different proposition then from today’s multi-platform digital world – an analogue environment where it was near-impossible to do even the simplest things by today’s standards. One of the names that you will find on both lists however, is Quantel.

How did the company not only survive into 2013, but still boast one of the larger, busier stands at the NAB show this year, and continue to command the attention of visitors seeking out the latest innovations and technology breakthroughs? The answer is that Quantel embraced the possibilities offered by emerging digital technologies to solve problems for creative people in television, giving them the tools they need to create great content. And it is still innovating today. 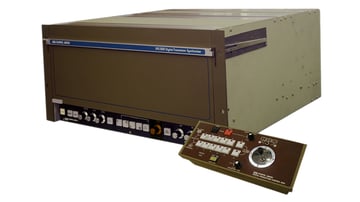 Quantel is 40 years old this year. Sir Peter Michael and the late Bob Graves founded the company (QUANtised TELevision) in 1973. Quantel was born out of work they had been doing with their company, Micro Consultants, in the power industry where they had been employing then-new Analogue to Digital converters to help power stations monitor and make sense of the huge amount of analogue data coming into the control room.

The digital effects machine was born and step by step over the intervening years, Quantel has continued to develop tools using digital technology that enable all the creative people in broadcasting (and latterly, film too) to produce great content without thought for the technology that is enabling them. This is the secret of why, nearly 40 years on, Quantel is still going strong, still innovating, still reinventing itself to keep ahead of the industry as it continues to evolve. The purpose-designed hardware side of Quantel came along because back in the day, there weren't ready-built platforms which could be exploited with just the addition of software. We had to take the components and make the platforms - and then get them to do the things no one knew were even possible. 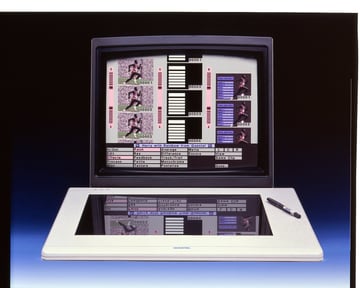 Having solved the synchronization problem and given birth to digital effects, Quantel turned its mind to the TV graphics studio in the early 1980s, where card, Letraset and spray mount still ruled. Paintbox changed all that virtually overnight, giving the designers an electronic graphics station with which they would revolutionize the look of television – and yet was still easily mastered by people from a design rather than technical background. The Paintbox was indeed a mighty fine piece of custom hardware, but we only built it to allow artists to be able to create graphics electronically in a familiar fashion - because there simply wasn't another platform around then that could do it. A few years later in 1985, we extended the power of Paintbox to moving images with Harry (arguably the world’s first non-linear editor, and certainly the first one to work with full resolution pictures). To enable artists to work in a familiar fashion with the moving pictures, we came up with FrameMagic software because we had to get the best out of the very limited performance and storage of the disk drives available at the time; an engineering innovation to move the creative process forward; the Quantel trademark.

That idea proved to have many more benefits which still apply today. It’s why we can build editing servers for news production systems capable of supporting hundreds of users - that also handle ingest and playout - not three separate lumps with all the file moving delays that involves. In the 1990s, Henry exploited this capability further thanks to the rapidly increasing speed and capacity of off-the-shelf disk drives – and again, some innovative software that allowed its users to work with multiple layers of pictures simultaneously – just like a film editor. 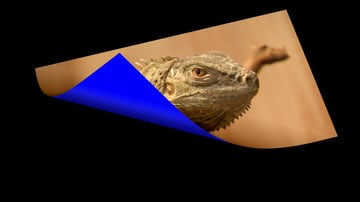 The multi-resolution timeline that was at the heart of iQ when it was launched in 2001 was fine engineering – but once again, it was designed to solve a creative problem as the industry transitioned from SD to HD, 2K and beyond. It removed the need for the operator to worry about mixing resolutions, allowing the creative flow to continue unimpeded, while the software sorted out the numbers entirely in the background. To do this at the time in real time still required some custom hardware – so we built it. As a sign of the increasing power of standard computers though, there was also a PC built into every iQ – acting as the conductor that interpreted the user’s actions for the Quantel hardware behind it to do the heavy lifting.

Today there are very powerful, configurable platforms available that we can begin to exploit with our software and give users the tools they need in an intuitive, interactive package, so we take advantage of them. RevolutionQ takes standard COTs hardware and by adding innovation from our R&D engineers, enables it to deliver fast and flexible broadcast workflows. That innovation is the Internet of Frames - a concept which allows us to break down the barriers to global media production; to access, process and deliver content from anywhere to anywhere. 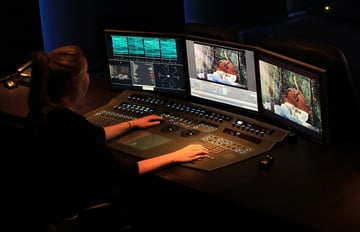 On the post side of the business, Pablo Rio transfers the brilliant many-boxes-in-one approach of the Pablo color correction and finishing, and allows it to exploit the power of modern PC platforms. The performance it delivers is stunning – more than 20 layers of 4K processed and played out in real time. It takes some real skill in software to get that kind of performance out of standard hardware.