The Taste of Dolphins 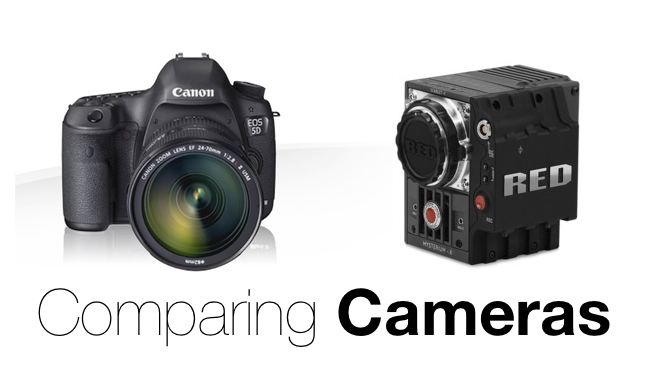 The Taste of Dolphins

Phil Rhodes looks at whether we can really make meaningful comparisons between high quality cameras using Vimeo, and whether it matters at all

In general, I try not to get too excited about online camera comparison footage. As we've discussed before on this very site, trying to evaluate even half-decent HD camera systems by watching youtube videos is like drinking seawater in an attempt to find out what dolphins taste like. To put this in some sort of numeric context, let's consider that the pictures coming off any full-resolution HD camera, assuming it's an 8 bit device at 24 frames a second, comprise a shade over 142 megabytes per second. Vimeo recommends uploaded video doesn't exceed a rate that equates to about 2.5 megabytes per second, or approximately 1.7% of what was originally shot. You're watching a pale, insignificant shadow of what the camera saw.

That said, 20Mbps is about twice what a lot of HD gets. Blu-ray can significantly exceed it, at about 40Mbps, although practically no broadcast HD exceeds 20, and 10 or less is much more common. So, if you're aiming at broadcast TV, Vimeo is potentially as good as the best, and considerably better than most. If you're still not satisfied, reflect on the fact that the vast majority of the world's television-watchers are still using SD, and the first HD pictures they ever see are now likely to be on computers. So, what something looks like on a decent online video streaming service does matter.

All of which brings us to the topic at hand: a Vimeo upload presenting some material from a RED Scarlet alongside some material that's been through the wringer of the latest “let's-shoot-raw” hack for the 5D Mk. III. Or perhaps, not been through any sort of wringer, that being the point of the exercise. Now, I'm not daft enough to go offering an opinion as to the relative merits of these cameras in a public situation like this, as there are massive fans of either camp in the world who know where I live. Still, if you're shooting stuff for anything other than cinema release, there has always been a major price-performance benefit to the lower end gear.

Ultimately, several things remain true. The cost of the camera equipment is not a significant part of the budget of an upscale production. Even so, camera equipment of any standard has never been cheaper. But mainly, if you can't get pictures you like out of astonishingly affordable modern camera gear, I would gently suggest that the problem is not with the equipment.