Flanders Scientific: all about their latest Models 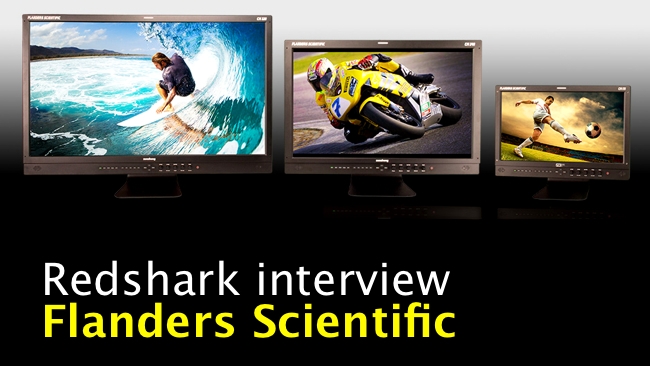 John Burkhart met with Bram Desmet, General Manager of Flanders Scientific, at Broadcast Asia and discussed the state of the market and their latest models

I recently had a chance to catch up with Bram Desmet, the General Manager of Flanders Scientific, at Broadcast Asia this year. We talked a little about the company, their new broadcast monitors, and had a very interesting conversation on the different types of LCD backlighting used in monitors and their properties.

I was keen to discover what brought a small American company, based in Atlanta, all the way around the world to Singapore and Broadcast Asia. Bram replied, “This is a very fast growing market for us, we’ve seen a large uptake in the amount of monitors being shipped to Singapore, Malaysia, Philippines etc. It kind of surprises us, the amount of business we’re seeing here.”

The Color Fidelity Engine 2 added some pretty impressive features to the displays, allowing custom calibration, and the importing of LUTs directly into the monitor’s firmware. In addition, the side by side mode lets you monitor two concurrent video inputs on the same screen, regardless of the different video sizes, formats, or frame-rates. Very useful for today’s sets where there is sometimes a bewildering variety of cameras used on the same shoot.

But it would be a mistake to think the only difference in these monitors is in their size. The backlighting technology is very different in all three CM models, and I asked Bram what impact those differences had for the image you were viewing.

“Our CM240 uses a CCFL backlight. A wide gamut fluorescent backlight has the advantage of offering very wide gamut coverage, so you can cover almost all of DCIP3 color space with that. The CCFL also perceptually tends to look a lot like the xenon bulb in high end digital cinema projectors. So for anybody that wants to use this in the same room as a high end Christie or Barco projector, we recommend the CM240, because it’s going to be a very close visual match.” 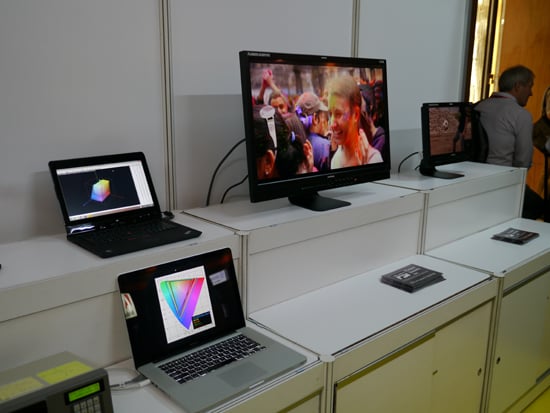 “Then we have White LED backlit units like our BM210, BM230, and high end CM320. Some of the advantages of White LED are that it’s very stable over time, so it doesn’t have to be calibrated very often. And the unit also perceptually tends to look a lot like a well calibrated consumer television, because most consumer TV’s these days are White LED backlit. So these are very appropriate units for people working on broadcast television series, commercials and things like that. You can certainly use it in a digital cinema type workflow as well, it’s just that if you want to put it in the same room as a high end projector, while the measurements might be the same, certain backlights look a certain way, and we find the CCFL still looks the best for those digital cinema workflows.”

“We also have an RGB LED backlight in our CM171 and that’s kind of combining the best of both worlds. What you get with the RGB LED is very wide gamut, and very low power consumption, so it’s good for field use. It offers really nice color gamut coverage, almost 100% of DCIP3, a little bit wider actually than our CM240. The only negative of the RGB LED backlight is that you need to calibrate it a little bit more often, as those color channels do age at different rates.” 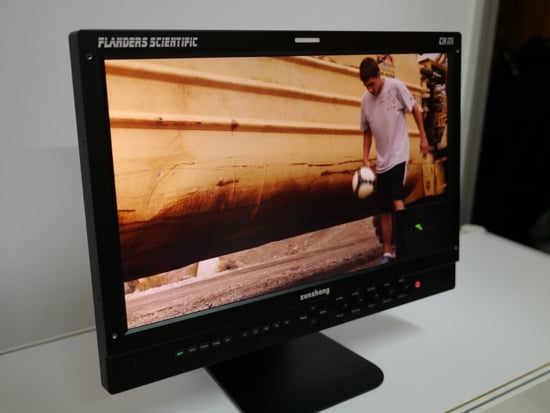 I wondered why they chose so many different types of panels for their displays, and Bram replied, “We offer a little bit of everything. Part of it is based on what’s available at any given size, we are always testing new panels trying to validate and verify things for being appropriate for various uses.”

“We’re really trying to be that company that is striking the best balance between affordability and performance. We’re not the guys making the uber-expensive $30,000 monitors. What we’re doing is making very high quality monitors at a price that the majority of people can still afford.”