Halfway between NAB and IBC - it's Broadcast Asia 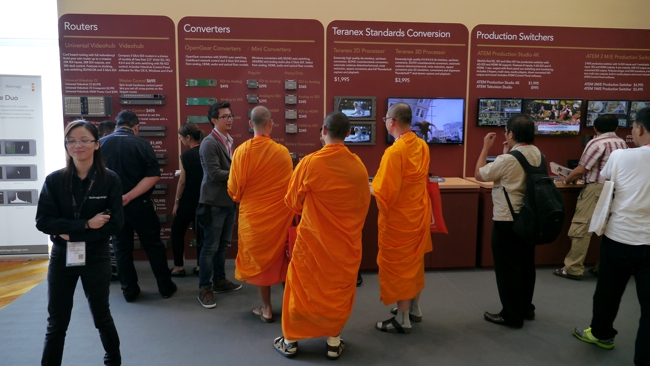 Smog-bound Singapore was the venue for this year's Broadcast Asia - a mid-stop between NAB and IBC. As such, it's a good way to judge the direction the industry's taking. RedShark's John Burkhart reports

Singapore in June means Broadcast Asia. I’ve always enjoyed this show, because it’s generally a more compact and condensed version of NAB. About 80% of what you want to see at NAB is here without the 100,000 people and the miles of wandering through the Las Vegas Convention Center.

Broadcast Asia's a smaller, more civilized show (about 15,000 visitors), where you can easily get into the booths and get your hands on the gear and talk with people. Singapore has better food than Vegas too.

This year’s show was tarnished a bit by both man and nature. First, the show’s normal venue was under renovation this year, and so the whole show had to be moved to the swanky new Marina Bay Sands Convention Centre. Which is a beautiful iconic building, but ill suited for a trade show. Instead of the wide open floor spaces one expects, the booths were setup in a maze of individual rooms instead. This had the effect of hiding the all the normal hustle and bustle of the floor, lots of lost people peeking into rooms, and minimizing those random meet-ups and surprising booth finds that you go to a convention for. Blackmagic Design went as far as to set themselves up in the foyer instead of the show floor to get that vital walk by traffic. Both vendors and attendees were not very happy with the new venue, and I imagine we will see Broadcast Asia return to its normal venue, Suntec City, next year.

In an unfortunate coincidence, this is also a very busy time of year for farmers in neighboring Indonesia. The burning of agricultural land in Sumatra was in full swing, and the prevailing winds resulted in a suffocating and hazardous level of smoke and haze in Singapore throughout the whole show. It was not pleasant to be outdoors, and the normally spectacular views from the Marina Bay Sands were an opaque wall of orange tinted smoke instead. 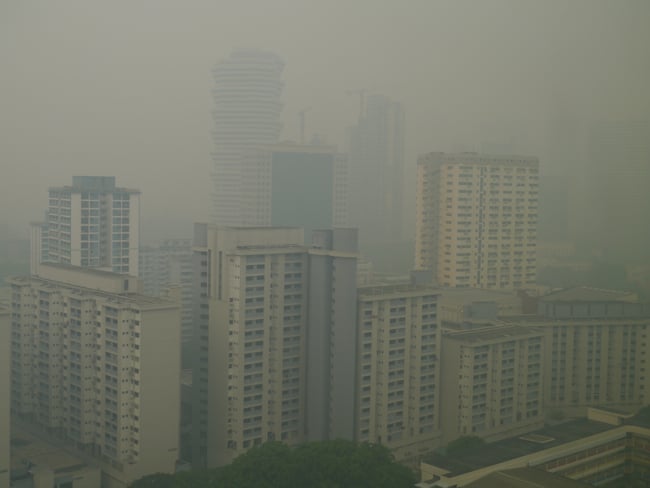 Despite all this, the show itself was interesting as always, and much like NAB, 4k seemed to be the dominant theme. Almost every vendor was showcasing a 4k product or workflow. The omnipresent 3D products of a few years ago were either not in evidence, or shuffled into the far recesses of the booth like an embarrassing relative that it’s polite to not call attention to.

History does seem to be repeating itself one again however. Usually after the 3D fad expires, the industry goes anamorphic instead. If you can’t go deep, you might as well go wide. Zeiss, Angenieux, and Cooke all had new lines of professional anamorphic lenses to announce. Sony’s F65 has always supported anamorphic, while Arri’s forthcoming XT series of Alexa all now come with 4:3 sensors with built in anamorphic de-squeeze.

Sony’s booth at Broadcast Asia was impressive just for the sheer quantity of camera models that they’ve put out in the last few years. The booth itself was circular, and about 180 degrees of it was taken up by a shooting gallery to accommodate all the different camera models on display. Everything from the tiny ActionCam to the F65 was arrayed in a hemisphere to play with. The camera that seemed to get the most action was the 4k F55. Sony also announced a new product at Broadcast Asia, the successor to their very popular EX3 model, the PMW-300 XDCAM camcorder. It has ½” CMOS sensors, records now to a 50Mbps 4:2:2 XDCAM codec, and uses the same detachable EX lens mount as the EX3. It will be available in October of this year. 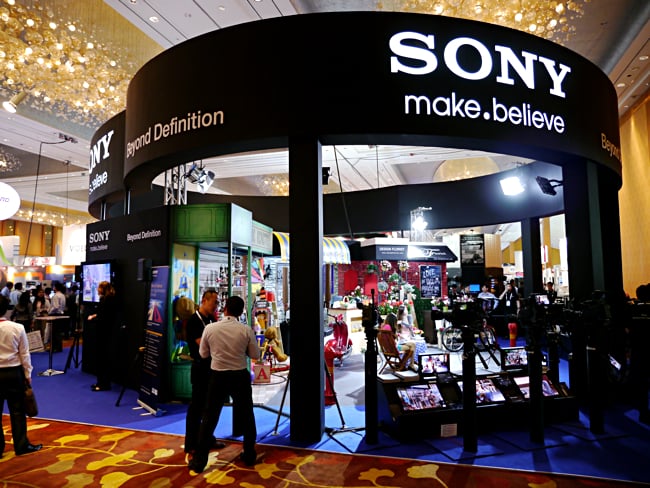 Avid’s booth was holding demos of Media Composer 7. Media Composer 7 will be released before the end of June and includes some long asked for features like background transcoding and LUT support. Better AMA media management is also promised. However Avid still remained the lone editor without support for native 4k editing, which relegates 4k into an offline/online model if you want to cut in Media Composer.

Blackmagic Design had a full range of products out for display, including their highly anticipated Pocket Cinema Camera. DaVinci Resolve 10 was also demoed at their booth, and like most places in Broadcast Asia, it was nice to be able to just walk up and manhandle the gear and talk with the reps without having to fight through massive crowds.

GoPro was there in force, and their trade-show focused marketing campaign was working well, with a constant flow of enthusiastic attendees flocking the booth. Their new Hero3 line of cameras was on display, and they were offering a view of their new GoPro Cineform Studio Professional software.

Flanders Scientific was showing off their range of new CM series color grading monitors in 17, 24, and 32 inch sizes. The really stunning low-cost displays featured new firmware that allowed them to load external LUTs directly to the display, and also a very interesting side by side feature that let you display two video signals at once, from different inputs, even using different frame rates and sizes.

Wandering around the floor and talking with vendors I was constantly reminded how fast the Asian market is growing in film and video production. Most vendors rated Asia now as their second or third largest market behind the United States, and it’s still growing quickly. There were a record number of new exhibitors at the show this year and even with the setbacks in the weather and the confining spaces this year, everyone said they’d be back to Broadcast Asia come next June.