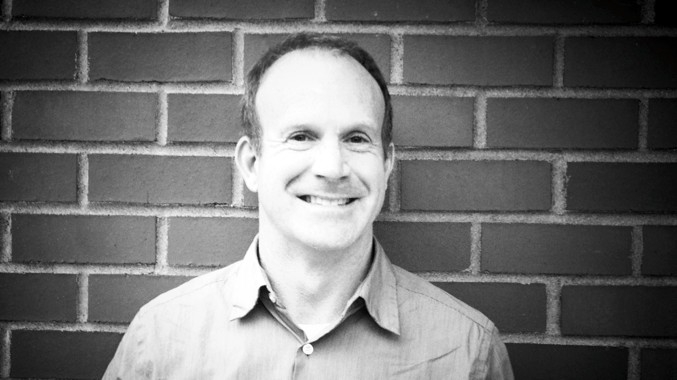 In this piece written exclusively for us, Andrew Little, Founder and CEO of Red Giant Software gives us his insights into the business of  selling software for the video industry

First I'd like to clarify my perspective on film and video technology, I am a business guy that also has a passion for film, and visual effects technology.  I'm most interested in the effect technology has on the business aspects of the industry, like how many people are using video cameras, editing and visual effects tools and how many new users are joining the industry.  The big question for me is this: as film technology advances, the cost of tools decrease, and the distribution systems become more accessible and varied, how will it affect the size of the film and video tool market?

As a Founder and President of Red Giant, I've been observing the influence of technology over the course of the last 13 years and think there are some great things happening and, there are some things I find extremely disappointing.

True Market Drivers
There is a misunderstanding about what grows the video market or increases the number of people using video cameras and post production video tools.  Generally, advancing technology does not increase the user base, it only makes the existing base better and happier.  Technologies such as higher resolutions, better codecs and formats, faster computers, better storage and incrementally adding new software features on their own, do not increase the user base or compel more people to start film-making.  For example, moving from VHS to MiniDV to HD has not increased the number of users more than incrementally.  To this point, I recently wrote a lighthearted article on this very topic, The Anti-Video Revolution.

There are two main drivers that increase the market: ease-of-use and price. Because I want the market to grow, my disappointment over the years has been that there is too much energy and resources placed on advancing base-video technology and not enough on ease-of-use.  I value new technology but the emphasis on advancing technology at the expense of investments in making things easier to use is lopsided. And that I find unfortunate.

At Red Giant we consider ease-of-use the number one product feature. It's an overused marketing catch phrase, and often difficult to patent, but when you make it the focal point of product development and you truly value it, it happens.  The good news is that the industry gets an "A" for decreasing the cost of film-making, which is an equally important market size driver and a substantial barrier to entry.  As a result of price mostly, the video market is on pace to grow from $630 million in 2009 and estimates this to exceed $1.0 billion by 2016. (Frost & Sullivan (http://www.digitalmedia.frost.com).

We are reaching a tipping point where more and more lower-end users are recognizing the value of putting more than one video clip together, adding some simple color treatments and titles to complete their story.  Besides, YouTube and Facebook, traditional photo sites like Flickr are leading the charge and beginning to host and encourage more video.  With the right mix of ease-of-use focus and cheaper technology, many of them will join the professional market.  If we place most of our focus on just technology and price, they will not join us.

There are some examples that clearly demonstrate what can happen when we step outside the box, take some risks and make things easier to use.  These products have added millions of new video users over the last five years.  I will be eternally grateful to these visionaries for their influence and gift to our video market.  They are the Flip Video camera, the iPhone, GoPro, and Canon 5D & 7D cameras.  When these users figure out how to edit together more than one video clip, add some color correction and titles, the video industry will explode.  No offense to those that have already figured it out, and congratulations, you are in the minority.

Where is it all headed?
There is, however, one new technology I find particularly interesting for our market that could significantly change the way films are made. It's “The Cloud”. Even with all the communication tools that exist today, finding people to co-develop video and effects projects has been limited to proximity, word of mouth, Craig's List and to some extent Facebook. “The Cloud”  will change everything.

I see a not-too-distant world where I can find and organize a group of people whom I've never met, fund a project, get a producer in the US, a director in California, an editor in Ireland, a team of visual effects specialists in China, and a colorist in Nigeria, all of whom come highly recommended and are great at what they do.  None of whom I’ve ever met.  They will produce a world-class project, and collaborate as effectively as being in the same room.  Not being limited to geography will allow us to make better projects, with smaller budgets. This to me is the greatest potential of "The Cloud.”

All of these new technologies can be daunting.  Fortunately, Red Giant is not in the business of selling video and special effects third-party products or plug-ins. We are in the business of creating world-class technology and figuring out the best way to get the most people to use it.  This makes us platform, device, and host agnostic.

We will continue to support the best and latest vehicle to making video look better.  Today it is primarily the desktop, with a little bit of mobile and a touch of “The Cloud”.  In the future it will be half and half. Then in the future of the future, it will be something we don't really know yet.  For Red Giant, it's doesn't really matter.  Red Giant technology will be ready for every platform, device, host, when they are ready for the user.