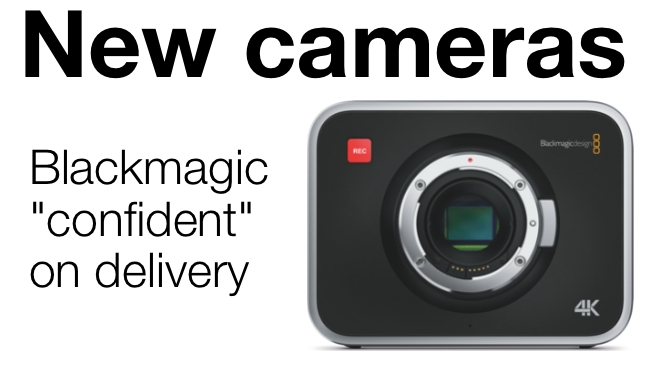 I sat with Richard in Blackmagic’s Singapore office to talk about their upcoming camera releases, and I asked him to comment on the shipping issues they encountered with the original EF Mount BMCC, and the status of the Micro Four Thirds BMCC.

As was previously communicated by CEO Grant Petty, there were issues with blemishes on the glass that covered the original BMCC’s sensors, that caused the units to fail their production testing.

Richard said: “It wasn’t until we got into full production volume that the issue with the sensors started showing up.  We tried to be as quick to identify and publicize the findings when we saw it.”
“We decided to get to the root of the problem of the sensor issues and these proved to be a very tedious process involving a lot of close consultation with our vendors. The whole process took nearly 4-5 months but since then we’ve been shipping quite regularly.”
“We understand that for the BMCC there are many people still waiting for their cameras, but we still have a pretty large order to work at and will be trying our best to fulfill these as much as we can.”

No problems with the new cameras

Richard went on to emphasize that the new 4k and Pocket cameras did not suffer from the same production issues that were such a set back for the original BMCC units.
“We learned a lot from the past year, and expect to meet the July shipping date for the new cameras.”