Samsung's technology surge and what it means for media professionals 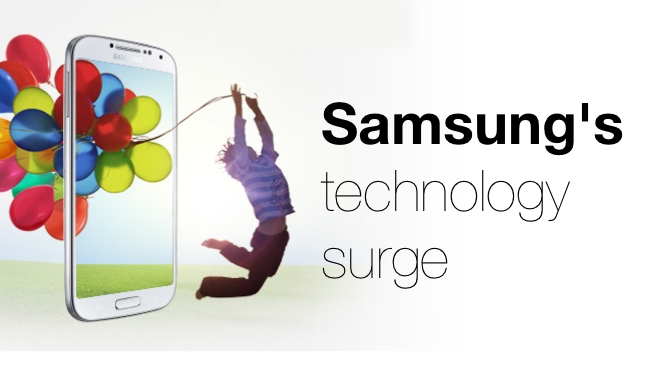 We're not big on analysing Apple here. Apple is what it is and there are hundreds of sites that make a very good living from scrutinising the Cuppertino company. We don't do in-depth analysis of the mobile phone industry either, unless it's something to do with video. But this piece is about Apple, and even more about Samsung

What triggered it is an article in ZDnet that pointed out that Samsung has released a new phone every week this year. Every week!

Now, not all of these phones are brand new models; many of them are just regional variants or the same as other devices but slightly bigger, smaller, or with different radio frequencies. So that's not too surprising. But imagine Apple releasing just one phone per month, as opposed to roughly one per year. Talk about a different strategy.

But what this says even more to me is nothing specifically to do with the mobile industry. What it says is that the days when we would buy a piece of equipment and get to learn every in and out, every nuance of its operation, are gone.

We want to get the best results

As professionals or participants in the moving image industry, we want to get the best result from whatever we're doing. We're no different in that sense from, say, a surgeon, or a motor mechanic. To an extent, we're all affected by the rate of change, in two opposing ways.

First, we benefit from progress. Just look at Adam Wilt's iPhone app for measuring light and exposure. That's a tool that should cost hundreds dollars, but it doesn't.

But we also lose that intimacy between a crafts person and their tools; the intuitive empathy between an artist and their paints, brush and canvas. Imagine what Van Gogh Monet would have thought if his paint formulation changed every week.

I still hanker after software and hardware that I used twenty years ago. It wasn't as good as you can get these days, but I was faster, more intuitive with it. If you want an example of that, just look at FCP X.

You could argue that by having frequent releases and new models, you can get used to changes over time, and that's completely true for vendors that can resist the temptation to make changes either for the sake of it or because they think they know better.

If you look at software like Reason or Ableton Live, Lightworks or Avid, you can see that nothing much changes on the surface, even though there may be radical new functionality. The danger is when there are big changes that affect performance and behaviour in ways that you weren't expecting. There's nothing worse than being on a deadline to deliver your project and then finding that the software doesn't work the way it used to. Now, more than ever, you shouldn't do important projects on software that you've just upgraded.

I really love the way technology is improving at such a breathtaking pace, but I would prefer to see changes to software and hardware only released when they represent a genuine improvement, rather than because the product's vendors are in a race to see who can flood the market with a seemingly endless torrent of new devices.