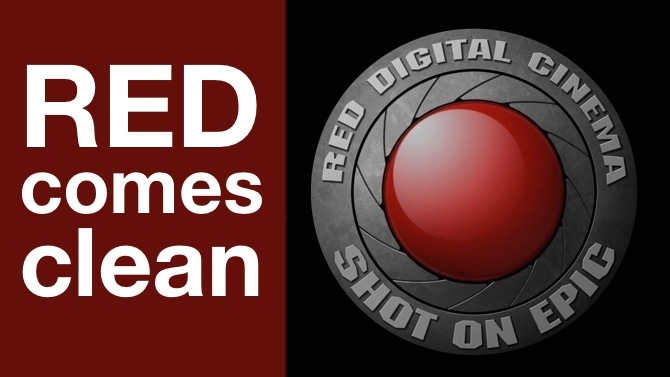 Red comes clean, saying "yes, we are late on almost everything, but it's worth it because what we do is great and changes everything for the better". (Our paraphrase - exact text follows)

Some of us here have worked in companies that develop ambitious products to ambitious timescales, so we have some sympathy with what Jim Jannard of RED says here, in a RED user forum post.

When you're bringing a product to market, there are easy and hard problems. And sometimes what you thought was an easy problem turns into a hard one. And the hard ones are often even harder than you thought at first.

You never really know when they'll be solved until they're fixed.

It's good to communicate with your customers but if you let your enthusiasm (or bravado!) run away with itself, you're walking a fine line between keeping them informed and stoking them up into a fury when you miss promised deadlines or price points. RED now has a kind of bipolar reputation for being late for deliveries, but finally producing amazing, not to say disruptive, products when they actually do arrive.

If you read to the end of this heartfelt text, there's a sea change at the end: RED's not going to talk about new stuff until it's ready in future. Just like Apple, in fact.

It's going to be fascinating to see how this turns out!

RED is known for thinking big. Really big. Over the moon big. RED stirs the pot. We are also honest to a fault. Did I say we have no idea what we are doing? Everything changes including specs, pricing and delivery dates?

There are several sides to this…

RED (I guess I am the guilty party) has spouted off "miracles" since 2006. "4K is the future" was our 1st message. We showed a shiny prototype at NAB that year. We took deposits on an impossible dream. A 4K camera for $17,500 when others were selling a 1080P cinema camera for over $200K. What we showed in our booth, and what people put down deposits toward, looked nothing like what we delivered one year later. We did deliver the RED ONE for $17,500 as promised. And that changed the history of cinema and who could participate. It marked the beginning of the changing of the guard.

It is probably a good time to note that we were late delivering the RED ONE. This was a very hard project. Our estimations of just how hard were off. That seemed to be the beginning of a very long and recurring story. We stretch for the moon and estimate how long it will take to get there. Our engineers tell us what they think. We post. It is harder than they thought. We are late. Apparently, that is a core trait of RED just as is reaching for the moon is a core to our DNA.

Obsolescence Obsolete. That was my idea. I was tired of buying a new digital camera every time a new feature was added. While a new camera every 9 months keeps a camera company healthy, it is a curse to the customer. Technology advances rapidly. It does and it will. Just how much should the customer be punished for this? In my eyes… less than the industry was dictating. We have sincerely tried to fix this. Buy a RED ONE. Full credit for an EPIC. Upgrade your EPIC to Dragon. And on. A film camera lasted decades. Why should a digital camera only last 9 months?

So love us or hate us. I get this. Our (again… my) bravado about what we are doing and will do… can be embraced or hated. In some ways, we really screwed with the established industry. That was good for some and terrible for others. We have fans at the highest level and we have some who view us as Satan. Rightfully so. There are many that don't tolerate late and especially don't like "hype" (big plans that don't happen on time). We have earned the role of bad guy in the traditional circles. I hope that those that consider us a problem to the industry will read this. You are right. And you are wrong. No one company is trying harder than we are. No one company is pushing harder than RED to give you the tools of the future. The other digital efforts are only because we pushed so hard. Had we not… you would be shooting film still… or buying a new 1080P camera at every turn of technology.

Film can't go on forever. This is a hard fact. It is not environmentally friendly. It costs more to shoot and process. It will cost more as time goes on and will never be good for the environment. Never. You don't know what you have until tomorrow. Don't strike the set. You just might have to re-shoot. Having said that… film looks incredible. It is our job (and our competitors) to make sure that film is replaced with something just as good… hopefully better. That is what technology is supposed to do.

Peter Jackson shot his pickups for The Lovely Bones (shot on film) with the RED ONE. His comment was that they cut seamlessly with film. No one could ever tell what was shot on film and what was shot on RED. Of course he went on to shoot The Hobbit on EPIC. 78 scenes in the newest Star Trek were shot on EPIC. Most of this movie was shot on 65mm film. JJ is comfortable that you can't tell what is film and what is EPIC. I guess this is the truest test.

Our latest reel showcases the power of what we have worked so hard for… Spider-man, The Hobbit, The Great Gatsby, Prometheus, Oz, The Girl with the Dragon Tattoo, The Social Network, etc.

And this is with our "old camera".

So… are we late with Dragon? Yes. And Meizler. And REDRAY. And our Projector. Of course we are. This stuff is not easy. In fact it is groundbreaking and extremely difficult. Sometimes I want to strangle our engineers for their optimistic schedule. In the end… I embrace them for working on the hardest stuff… the impossible goals. They are the ones that brought you the RED ONE and the EPIC.

In my biggest hype-monster voice… I shout, we are just beginning. We have dreams that cannot be imagined. Once we deliver what you know about… there is more. Much more… only this time, we aren't going to tell you until they are done.