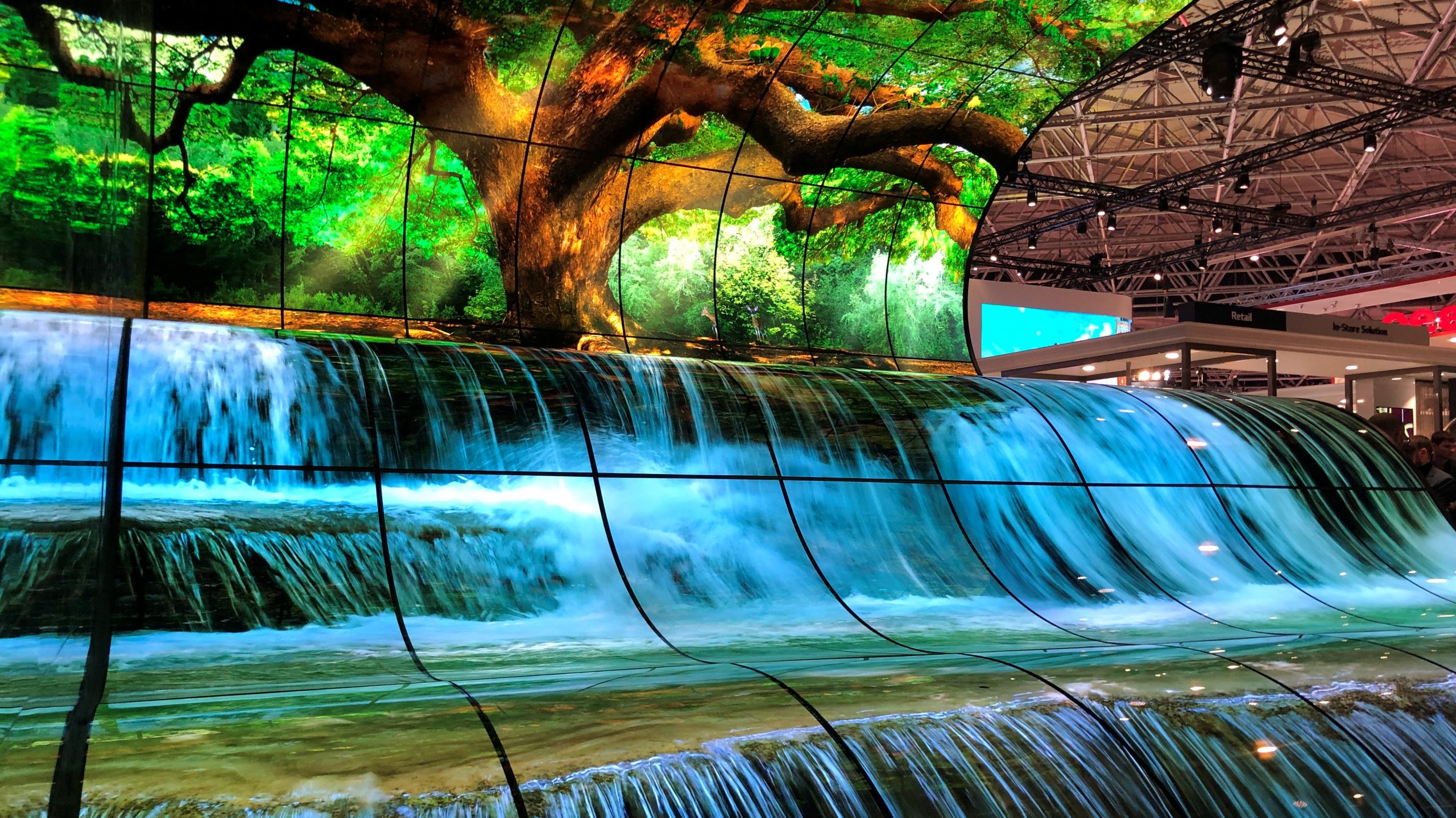 ISE is show for the AV and installation industry in Amsterdam that's so big it literally doubles the price of hotels throughout the city. We go there because it's hard to stay away from the weird and wonderful stuff they have on display

Each year we go to the Integrated Systems Europe show in Amsterdam. It's like being in a parallel world, where there's a lot of video, but it's done differently and for different reasons.

If you live in a video production universe, you'll be staggered at what you see here, because it's stuff that we don't normally see, when we're shooting for a rectangular screen for an audience in the living room or a cinema.

The centre of gravity of the AV industry is around education, businesses, retail and even wealthy people's homes.

The reason it's grown so much recently is that video itself has grown. It's everywhere now. Digital signage and digital advertising have morphed into huge outdoor and in-public display ecosystems. Want a 16:1 aspect ratio screen? No problem. Need it 20 metres wide? Not an issue! Curved as well? Of course you can.

Video is even being used as architecture. Like this amazing LG "waves" display, where - I didn't count but it must be over a hundred - curved screens make a 3D space that, fed with specially produced video, is simply breathtaking.

Another reason for a visit is that Sony invited us to try out its Virtual Production System.

This is a live production system with no equipment, apart from cameras and microphones. Each camera sends its output into the cloud, where it is transcoded, switched and delivered to multiple streaming hosts (Facebook, Youtube, Vimeo etc).

It's early days for this product, but it's solid and works well. I don't doubt that this topology (ie Cloud-based production) is going to be commonplace in the future. 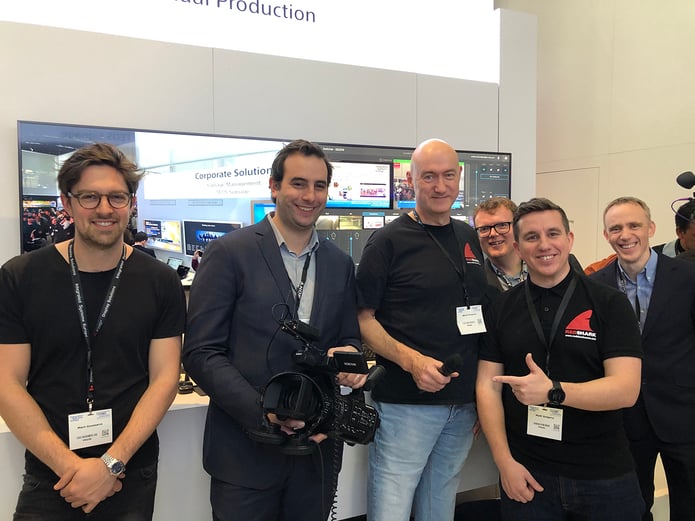 We staged a 10 minute live production on Sony's own booth, and then jumped in a taxi and dashed over to another part of Amsterdam where our Creative Director, Bas Goossens works. We quickly set up some lights, connected to their WiFi and we were streaming live again. You can see the results here. 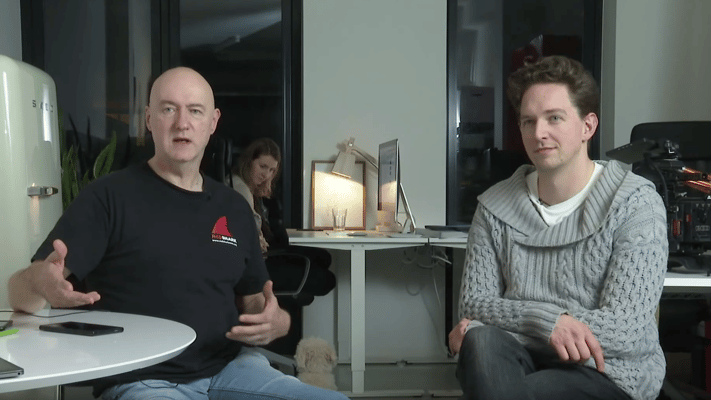 ISE is a really strange show for anyone from a video production world. It makes you realise what a huge part video is going to play in everyone's lives. But often it's about stuff that you don't see. Some of it is pretty cool, like the number of ways you'll be able to capture video in a lecture or some other kind of event. And some of it is mind-numbingly boring, like new ways to mount video screens. Boring, perhaps, but still essential and important if you're in the installation business.

There were some amazing screens. Of course, Sony's Crystal LED screen was there. It is simply staggering. It's a direct-view LED screen with a huge resolution. It's made of tiles, so it can be any size or shape, but it can easily achieve 8K. It stopped people in their tracks.

You'd think that wouldn't be a very promising target to shine a projector at, but in fact, some kind of quantum mechanism (I'm sorry that's vague, but if you think you understand quantum physics, it means you probably don't) reflects light shone at it extremely accurately, and of course the blacks are black in a way that no white-surfaced screen could possibly achieve. And it works in broad daylight, too.

The product, which is from one of Canon's technology partners, is called Carbon Black, and if it takes off, we could see a renaissance in projectors, some of which are now incredibly small and with surprisingly short throws: so you can hide them away and put them in places where viewers wouldn't expect to see them.

It really was like watching an OLED screen, except it was projected video.

We were't at the show for long enough. I'm sure there was stuff that we missed. If you were there and saw something good, let me know!