If Samsung has its way, 8K could be in your living room by next year 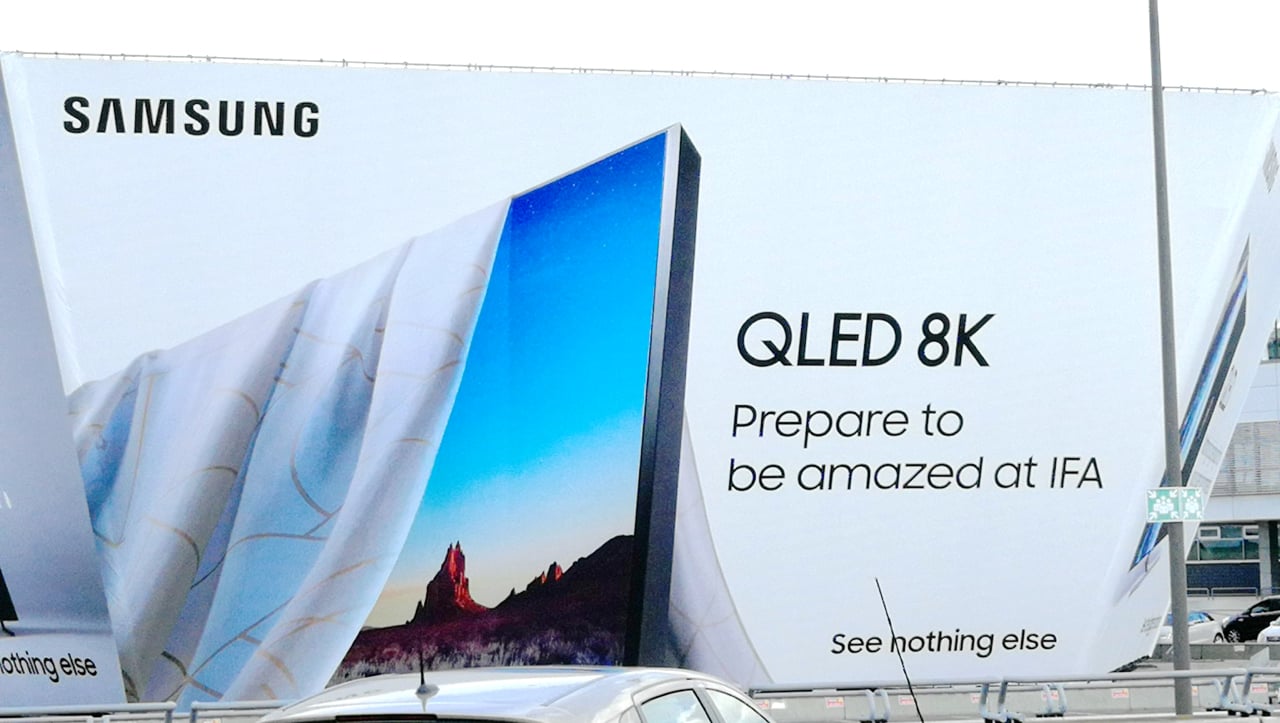 All the indications are that Samsung is going to launch its range of 8K domestic TVs next week at Berlin's IFA show. We'll be there to see what sort of reception they get

This is just a very quick note to draw your attention to what could be quite a significant event next week. IFA in Berlin is  a bit like CES in Las Vegas: it's a pretty important show if you have consumer electronics to launch.

And what could be more important than the launch of a new generation of TVs based on a completely new standard? Samsung is one of the biggest global producers of TVs, so when it embraces a new format, we have to take notice.

What we don't know is whether this is just a preview or the actual launch. Either way, it's going to be a good indication of when we can expect to see these 8K TVs in the shops. Will they even be available in Europe and the US? Or just in Japan and perhaps other select parts of Asia?

We know the Olympics are going to be broadcast in 8K - so in less than two years there'll be no shortage of 8K content, but, until then, you're either going to have to plug your RED Helium into your TV, or watch 8K footage on YouTube.

Quite obviously not many people are going to buy 8K displays right now, but I know one person who is designing his new house around it, with a special room designed for a 100" plus 8K TV.

We'll be at IFA in Berlin next week, so we'll bring you up to date with what we find then.