Are RED and Foxconn teaming up to produce affordable 8K cinema cameras? 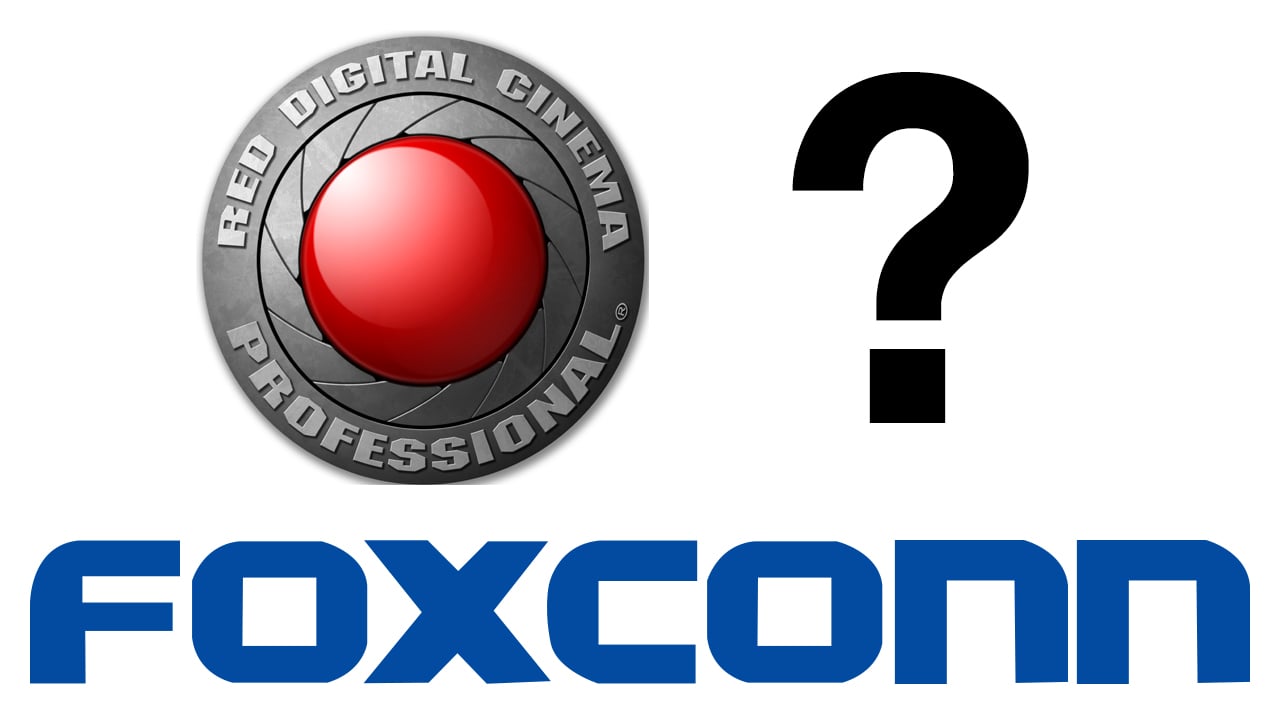 Is it a dream team up, or merely just a dream?

This week persistent rumours started going around that RED could be teaming up with Foxconn to produce a new line of affordable 8K cameras. If it is true this could be seismic. But is it merely wishful speculation, or is there any substance to it?

TechCrunch is reporting that RED and Foxconn are working to produce 8K cinema cameras. The Technology investment site referred to this article in the Nikkei Asian Review which suggests that Foxconn (also known as Hon Hai Precision Industry) is in the process of designing and setting up manufacturing facilities for a range of cinematic 8K cameras. The relationship with RED is not clear from this; whether it’s advisory, a matter of licensing or a joint venture. Since there is no word from RED at this stage, we can only speculate.

There may be several forces driving this. First, Foxconn may feel that it is overdependent on Apple. It’s widely known that the Taiwan company manufactures iPhones. This leaves it vulnerable to any decision by Apple to relocate its manufacturing. It’s also probably taking a view on the future of smartphones that the technology is now so good that there’s less need to replace phones every year or two. At the same time, innovation in the sector seems to be slowing down as it becomes harder to find new and compelling features to persuade users to upgrade.

All of which adds up to a potential downturn for the company, and explains the need to move into new fields.

The second factor may be simply that 8K is out there on the horizon. It’s a significant jump in technology, and we suspect that Foxconn is making a land grab for the 8K ecosystem. While 8K cinematography might be the apparent motivation for this, it’s an unlikely match for a 100% consumer oriented manufacturer like Foxconn. What seems far more likely is that the iPhone manufacturer will make a series of products that will enable an end-to-end 8K product family that is pitched at consumers.

This would of course include cameras, but also processing blocks (i.e. chips), displays, and all the necessary “glue” to make this work. It may even include optics, but since it’s hard to make physical lenses much cheaper, part of the plan might be advanced computational imaging, including, perhaps, AI, which has already been demonstrated upscaling SD to 8K.

Sharp, a company that was one of the first to bring viable flatscreen TVs to the market in the early 2000s, has recently shown its commitment to an 8K ecosystem, with this camera. So Foxconn certainly has competition in this field. Actually, no, it doesn't. Foxcon aquired Sharp in August 2016.  This adds weight to the idea that Foxconn wants to be the first serious mover in consumer 8K.

While the debate continues around whether 8K is necessary, VR, AR holography and wall-sized tiled displays are all poised to become mass market products, and all of these will benefit from very high resolution video.

Meanwhile, RED continues development of its Hydrogen phone. We don't know where it will be manufactured, and there's nothing to suggest that Foxconn is involved, but in the light of today's news, such a tie-up wouldn't be the most surprising thing we've heard.

Ultimately, it might be that Foxconn’s announcement adds up to nothing much at all. But it could just be the start of the real 8K revolution: something that goes way beyond cinematography. It may also mean that RED has something to offer that's highly competitive in the high end consumer/prosumer market.

It's the right time for this. The tectonic plates are moving in technology. Across IT, AI is breaking loose and breaking all sorts of empirical laws about what is and isn't possible. The automotive industry is facing a double tsunami of electric and driverless vehicles. Leisure and entertainment has been upended by the likes of Netflix and Amazon. To succeed in today's climate you either have to start small using big ideas (like Uber) or start big in the first place.

We don't think a company like Foxconn is likely to be interested in anything with a potential that's anything less than very big indeed.