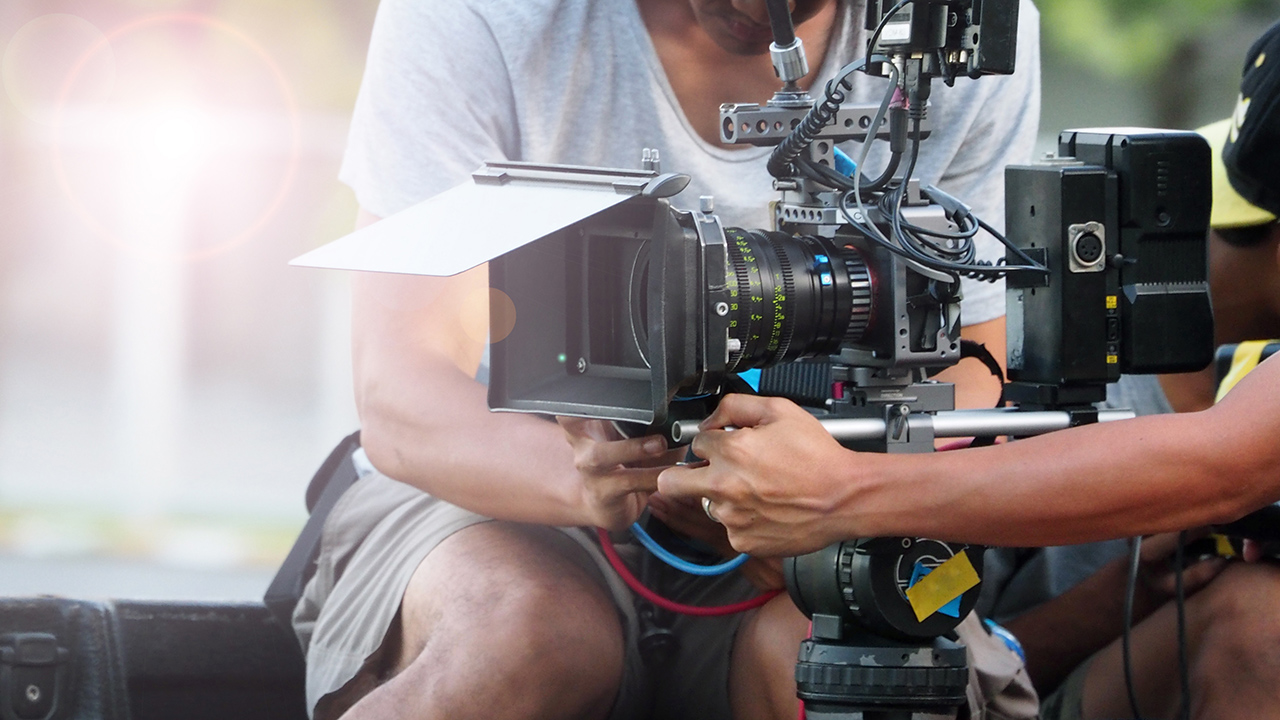 3 minute read
What's the best way to get onto the ladder?

Replay: More people than ever before want to enter the film or media industry, but the lack of a formal way up the career ladder can be a huge stumbling block. How can we ensure that we give the best advice to those who wish to enter the fray?

So. If someone wants to be a doctor, he or she needs to go to medical school. If that person wants to be a military officer, he or she needs to get into the appropriate Academy. To be a lawyer, the applicant must have a degree in the requisite subject or it simply isn't possible. To be in the film industry, however, even if a college is willing to graciously allow a student to pay them five or six figures for a degree in the subject, all that student can do afterwards is spend some time hanging around on the periphery of the business, smiling hopefully. This isn't really about film school, it's about the fact that the route to employment in film production is absolute chaos.

One size doesn't fit all

What we're talking about is the much more insidious issue that trying to duplicate other people's careers — whoever they are, whatever they do, and whatever the observer might want to do — is a horribly mistaken tactic. The problem is not because the person who's being emulated might have made bad decisions, but because they'll have had different chance encounters and lucky breaks than other people. Because, yes, when there's practically no formal structure to an industry and when roles are oversubscribed several tens of thousands to one, it's necessary to accept that a large amount of luck is involved. This affects the chances of finding employment at all in film and TV or the job someone might end up doing, but mainly, it makes a mockery of almost any attempt to give specific advice.

In some roles, there are more formal arrangements. Often, these are organised by unions and can seem intended more to facilitate control over specifically who achieves entry, as opposed to helping anyone out by creating a more regularised career progression. Regardless, there are far more trainees than trainers, so not all the trainees will move on and there's a need to be very cautious about being set up as an unpaid or underpaid tea-fetcher. People have been abused terribly like this, but these situations can be very hard to identify up front because, once again, there's no fixed route to take and therefore no obvious signs that a new applicant is deviating from it.

At some point, many people like to be helpful, but we should be very careful not to give advice that's dependent on lucky breaks and chance occurrences, which is likely to lead to the new applicant working on the assumption that the same things will happen for them. So, to put a less negative face on things, what could we reasonably say?

We could talk about how it's a good idea to consider a potential client's needs above one's own, since the new applicant's burning desire to achieve a specific goal has nothing to do with their attractiveness to an employer — who generally has a specific job he/she wants to be done. We could also talk about seeking exposure to the maximum possible number of people and situations, since random chance is critical, with the usual degree of caution about working for free to achieve that exposure. We should, really, talk about having a bail-out plan and some criteria and a time limit after which that plan should be enacted. It's depressing, perhaps, but nobody should waste his or her youth hammering on the door of an unoccupied house — and in most parts of the world, most people, sadly, will certainly fail.

Those things are general enough that they don't depend on the specific happenstance that an individual will encounter. Telling stories about one's early career is an easy trap to fall into, and often it's a bit of fireside reminiscence more than a direct attempt to be helpful, but we need to be careful because giving young people a too-specific idea of what they should be doing can do a lot of damage.